In 1820, Major Stephen Long led a surveying expedition across the Central Great Plains. When he saw the treeless plains with few rivers or creeks, he thought it was like a desert. He gave the land a nickname, the Great American Desert. 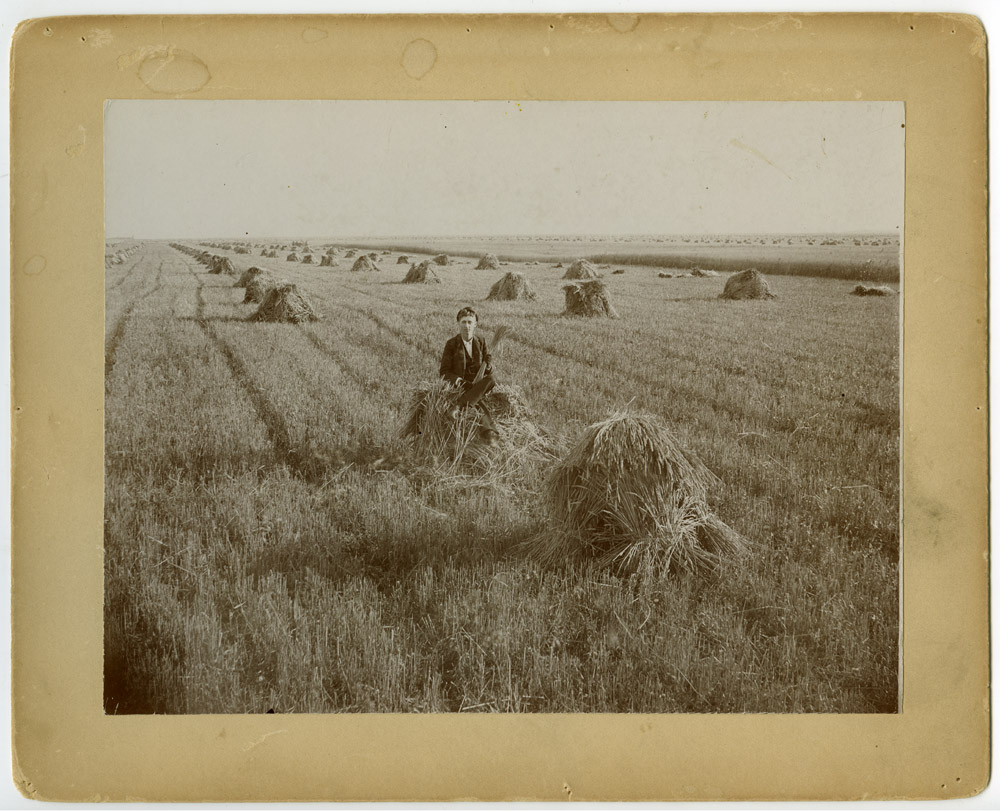 Image 1:  A man sits on a shock of wheat shocks in a field near Wahpeton. Soon the shocks will be tossed into a thresher to remove the wheat seeds from the stems (straw.) SHSND 0006-12 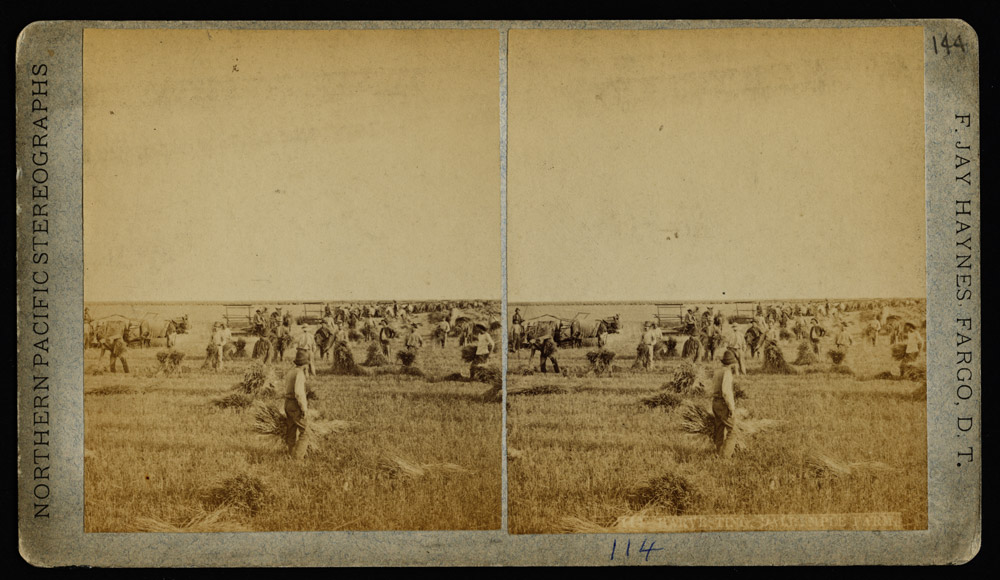 Image 2: At harvest time on the Dalrymple Farms, horse drawn reapers and binders crossed the field leaving bundles of bound wheat on the ground. Men picked up the bundles and made them into shocks which stood in the field until threshing began. SHSND A5833 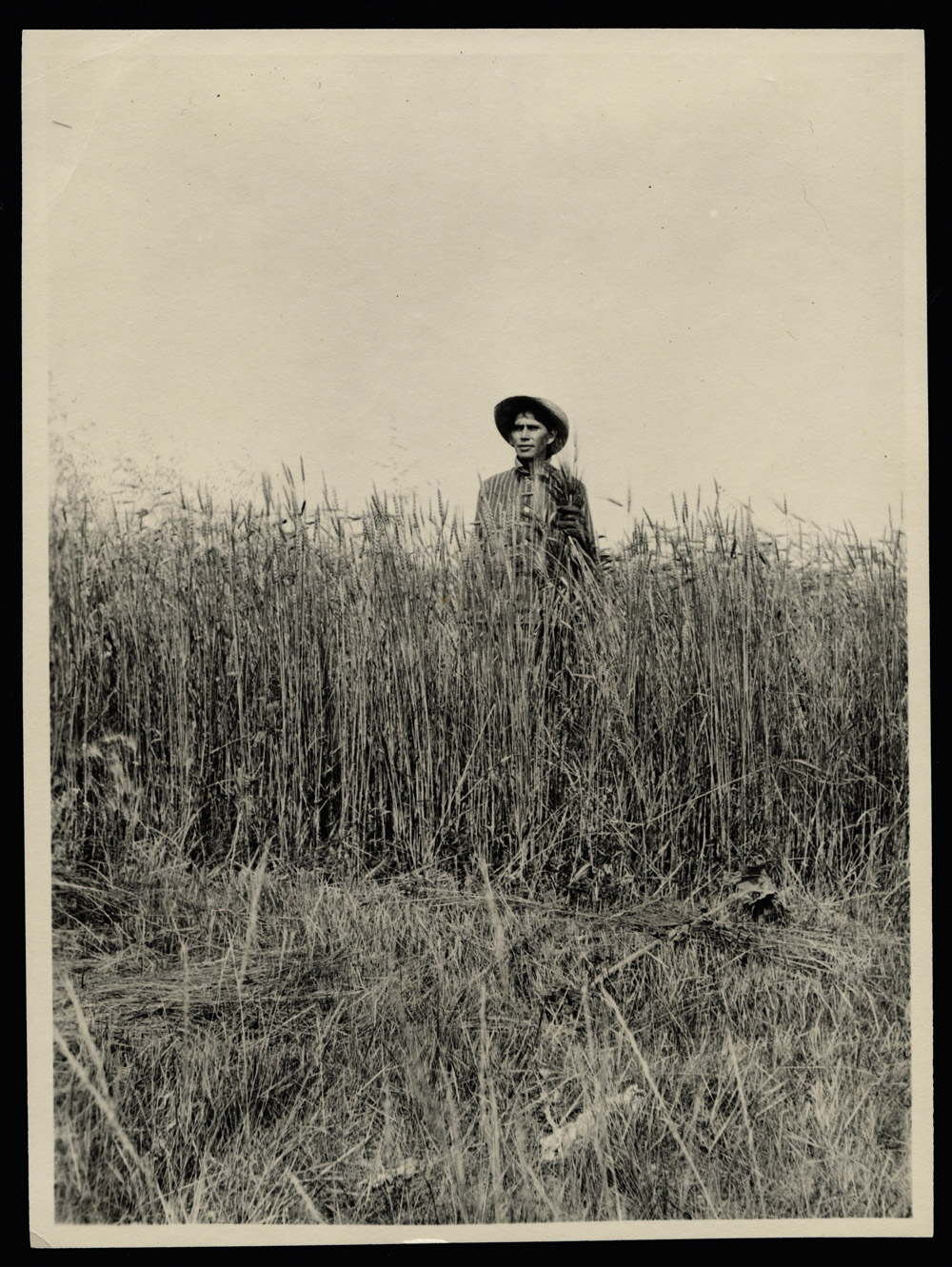 Image 3:James Holding Eagle, a Hidatsa who lived on the Fort Berthold Reservation, stands in a tall field of wheat during harvest. Native Americans were encouraged to raise farm crops. Wheat was not a traditional Hidatsa crop. Holding Eagle was successful in producing a good crop. SHSND A1469.

The nickname stuck for several decades. Most Americans believed that crops could not be raised on the Great Plains. Around 1850, farm land was becoming expensive in the statesMost of the states to the east of the Great Plains had been settled by the mid-1850s. In places like Indiana, Illinois, and Iowa, farmers had to buy land. Their land ownership was registered with the county clerk and they had a title to the land. As more and more people became farmers, and as more cities grew up in these states, land became more expensive to buy. The shortage of land forced the price of land to rise. The Homestead Act of 1862 caused more land in the territories to be surveyed. Much of this land would not be sold, but would be available for a claimant who met the qualifications.  Farmers looked for new places to farm where the land was less expensive. After the Homestead Act was passed in 1862, farmers were willing to try growing wheat on the Great Plains.

The Homestead Act made land available at a very reasonable cost. Farmers who wanted land began to come to northern Dakota Territory around 1870. They could file a Homestead claim as soon as the federal land office opened. After 1872, they could add another 160 acres by filing a claim under the Timber Culture Act. Farmers could also purchase land from the federal government for $1.25 per acre under the Pre-emption Act (1842). The railroads also sold land from their land grants. Usually the price of railroad land was about $2.00 to $3.00 per acre.

Farmers planted spring wheat, flax, and oats on small farms in the Red River Valley. (See Image 1) Flax grew well for two or three years until a disease called Flax Wilt (Fusarium lini) caused the crops to fail. Oats were raised for livestock feed. Wheat was the crop that most farmers wanted to raise and sell. It was perfectly suited to the climate and soil of North Dakota. The income from wheat was sometimes very good. Many people spoke of “King Wheat” because it was so important to North Dakota’s economy.

There were two kinds of wheat farmers. Some farmers had bonanza farms. (See Image 2) These huge farms were well known all over the United States. These were some of the most productive farms in North Dakota for about 20 years.

Other farmers worked with their families on small farms, usually between 160 and 600 acres. (See Image 3) They did not grow as rich as bonanza farmers, but they made secure homes for their families. They also helped build towns, schools, and churches, and they participated in state and local government.

None of these farmers would have made a penny if wheat mills in Minnesota had not been able to process their wheat into flour. The invention of new machines that milled the wheat and the diseases that nearly ruined the crops are as important to North Dakota as the story of how the bonanza farmers organized their work crews. These stories weave together to form a picture of one of the most important eras in North Dakota’s history.