Where Petroleum and Natural Gas are Found 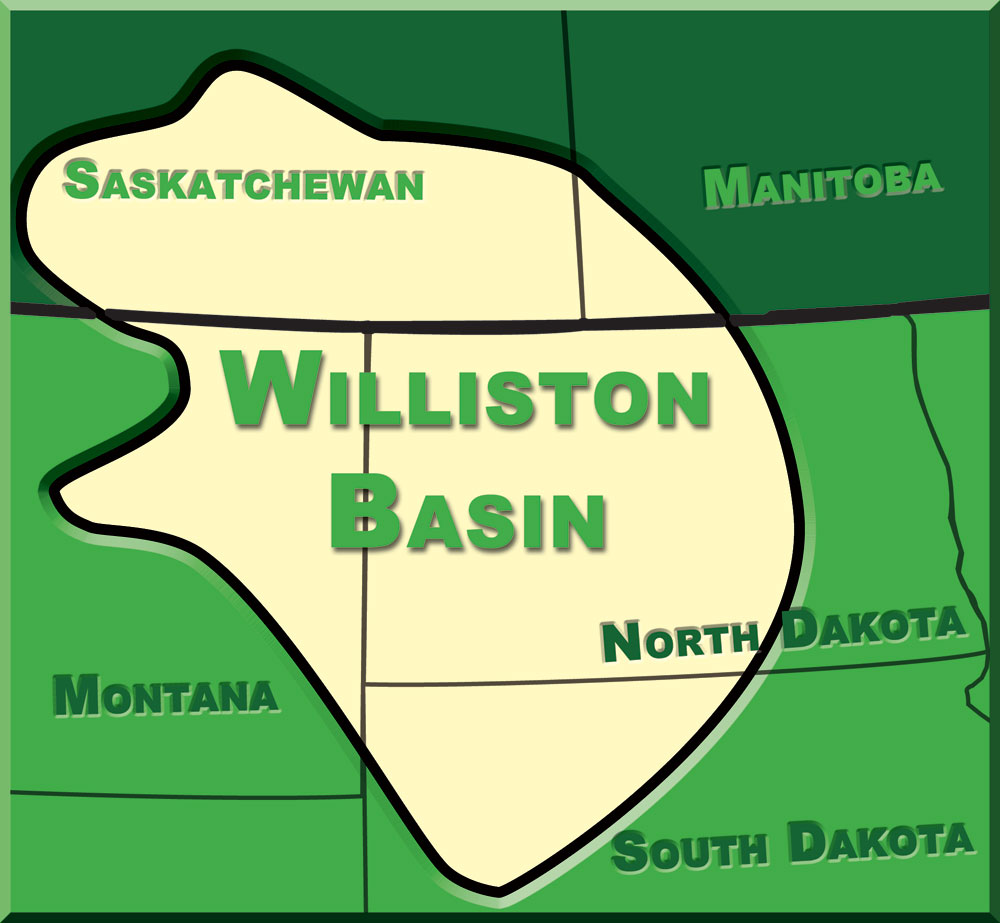 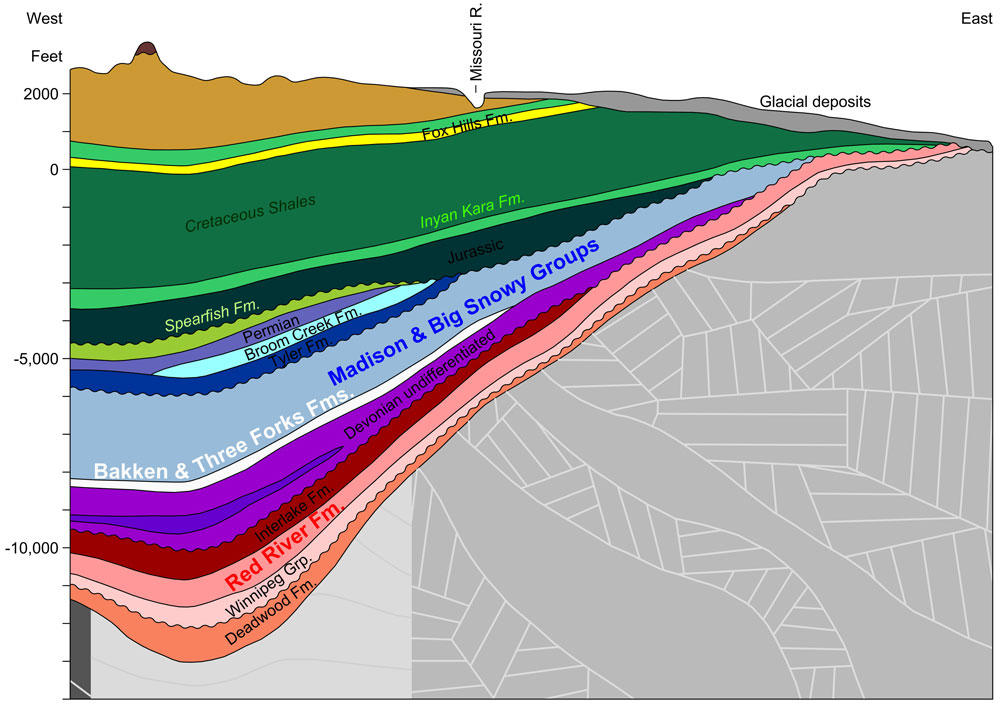 Williston Basin Cross Section: This cross-section of the Williston Basin is to scale and was run from Beach to Fargo, N.D., along Interstate 94. Photo courtesy of the North Dakota Geological Survey.

Oil is measured in units called barrels. A barrel of oil is equal to 42 U.S. gallons. (The average gasoline tank on a car holds 12 to 16 gallons of fuel.) The abbreviation for barrels, when referring to oil, is bbl. In the 1860s, when oil production began (in Pennsylvania), many industries used 40-gallon barrels made of wood to ship their beer, whiskey, molasses, etc. By the early 1870s, Standard Oil Company began using 42-gallon barrels for transporting petroleum. In order to assure buyers that they were getting a full 42-gallon barrel, the oil barrels were painted blue. The abbreviation, bbl for blue barrel became the standard abbreviation for oil barrels. Oil has not actually been shipped in barrels since the introduction of oil tankers.