The purpose of the Committee was to study public problems between legislative sessions. The North Dakota legislature met every other year. The work of the Legislative Research Committee prepared legislators to work on the state’s problems with better information at hand.

The LRC was to have five senators, six representatives, and a research director. Committee members were to be chosen before the close of each legislative session. Members were to be chosen from both political parties. The committee was authorized to study and assemble information on any subject of interest to the legislature. Members of the committee could turn to the heads of each state department, agency, or board for information. The committee could recommend legislation to the legislature. (See Document 1.)

Document 1: The Legislative Council (Legislative Research Committee) published a newsletter about the work of the Council between legislative sessions. This article, published in “Between the Sessions” (vol. 12, no. 2, November 1979) describes the state of the government computing system which began in 1969. In 1979, state government computer services were centralized in the Central Data Processing Division. At the time, personal computers were very rare. Most computers were used to organize raw data. SHSND “Between the Sessions.” 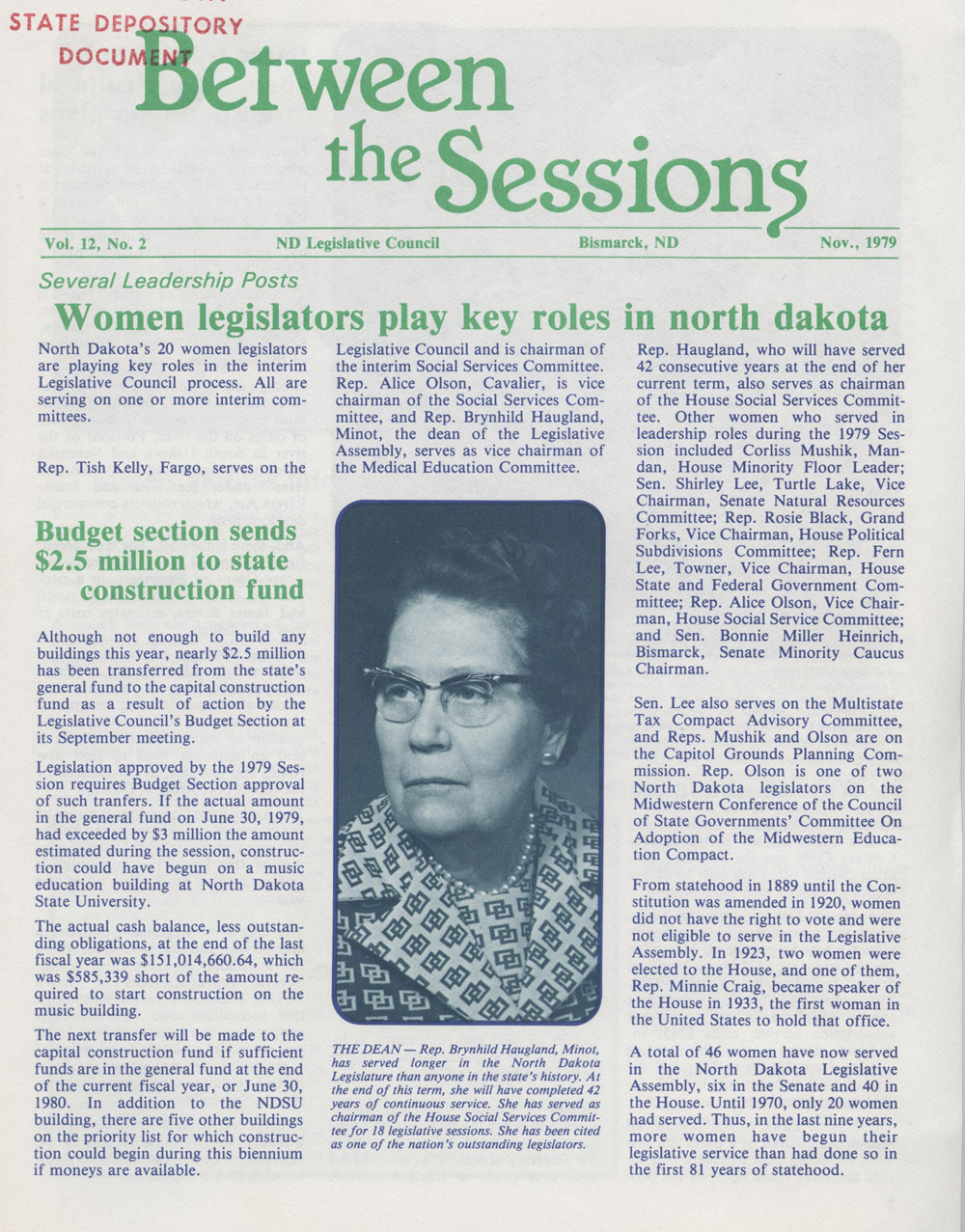 In the first few years, the LRC screened proposed legislation recommended by state departments. After 1953, the members of the committee were aided in conducting research by other members of the legislature.

In 1969, the Legislative Research Committee changed its name to Legislative Council. (See Document 2.) Today, there is a professional staff to conduct research under the supervision of the committee of legislators. The duties of the council have expanded beyond research to assist the legislature in other ways. Attorneys for the Council provide legal advice concerning legislation. The staff also includes budget and accounting experts.

The work of the Legislative Research Committee can be seen in the history of education issues. After World War II (1941-1945), the state offered some encouragement to re-organize school districts. The process was slow and depended on the approval of voters who often saw the legislature’s role in school issues as expensive and disruptive. In 1958, voters refused to approve an initiated measure that would have required every school district that did not already have a high school to merge with another district that did.

The next year, the Legislative Research Committee submitted a report to the legislature stating:

"Some high schools have such limited course offerings and poor quality of instruction that they are high schools in name only, which in effect cheats the students who believe they are obtaining a high school education." 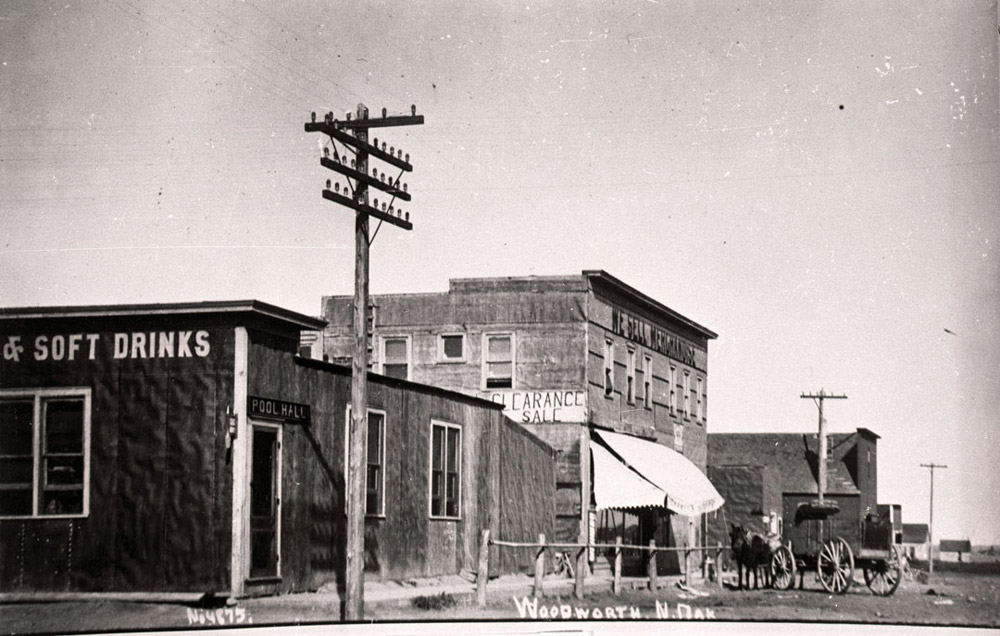 Image 8: In 1961, the Legislative Research Committee recommended minimum standards for high school accreditation. The report stated that too many high schools in very small towns could not afford to build and staff high schools with consistently high standards. In 1921, Woodworth High School in Stutsman County used the local pool hall (on the corner) for high school graduation which suggests that poor quality high schools had been a problem for several decades. SHSND 0032-SN-21-03.

This report encouraged the legislature to establish minimum standards for an accredited high school. (See Image 8.) High schools had until July 1, 1961, to offer at least 22 units over four years of study. These units included four units of English, three units of mathematics, four units of physical science, three units of social studies, one unit of physical education, and one unit of music. Students could choose six electives from business education, languages, homemaking, vocational agriculture, and industrial arts. The law also required higher standards of teacher preparation. Each teacher was to have a college degree with a major or minor in the field she or he taught. This law, developed from the research of the Legislative Council, raised the standards of education for all students in the state whether they lived in urban or rural areas.

Why is this important? The Legislative Research Committee was a major step in modernizing North Dakota government. The committee provides facts and opinions on how state government can be more efficient and productive. In addition, the Committee, or Legislative Council as it is now called, does the background work that allows North Dakota to have a citizen legislature that meets every other year. The Legislative Council uses the interim (the period between legislative sessions) to research important legislative issues.