As daylight broke on Sunday, December 28, 1930, the Capitol’s night watchman heard loud, cracking noises from the upper floors of the 50-year-old brick building. He searched the building and discovered fire had broken out. He called the fire company headquarters in downtown Bismarck, and the alarm went out. 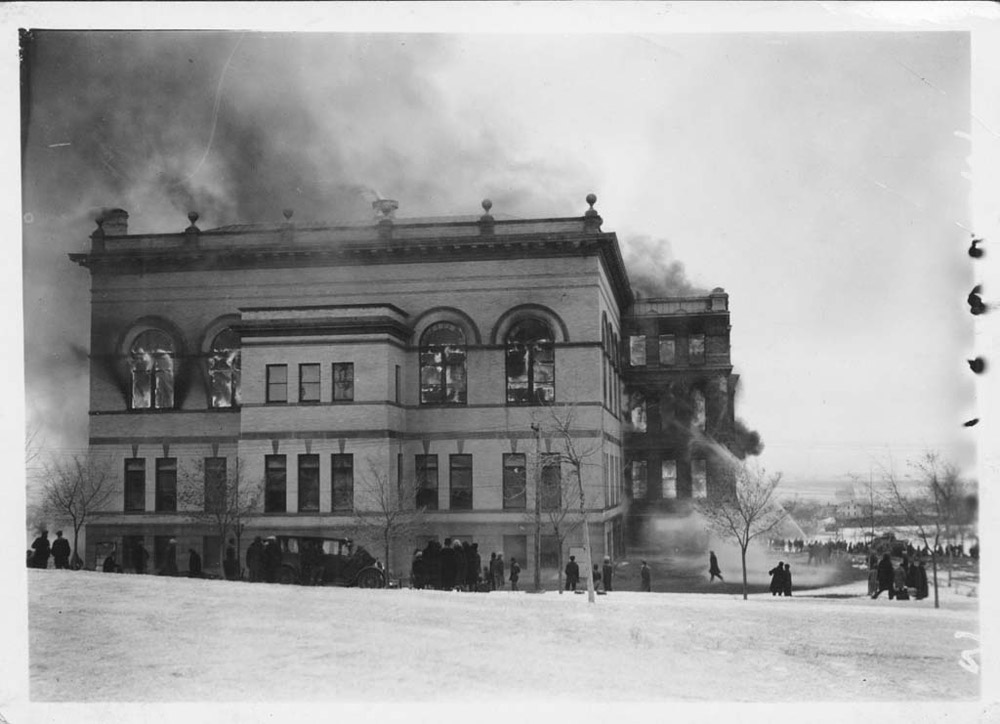 Image 4: Although legislators had made plans for a new Capitol building, the new building was not funded and constructed until after the first Capitol burned in 1930. The fire destroyed the old Capitol and many records. Government offices and the legislature had to move into several different buildings in Bismarck until the new building opened in 1934. SHSND A4112.

People came from all over town to see the fire. Citizens pushed the fire trucks up the icy hill and helped to get important papers (including the original state constitution) out of the building. (See Image 4.) But the fire was hot and had advanced too far for the fire fighters to stop the flames. The building was a total loss. Some important papers were lost, too, because the flames were so hot that papers crumpled inside the safes where they were stored.

The legislature was due to convene in a few days. Government offices needed to be open for business, but the seat of government was a pile of broken brick and ashes. Very quickly, alternative sites were arranged for the legislature. Vacant office suites in Bismarck became temporary state offices. 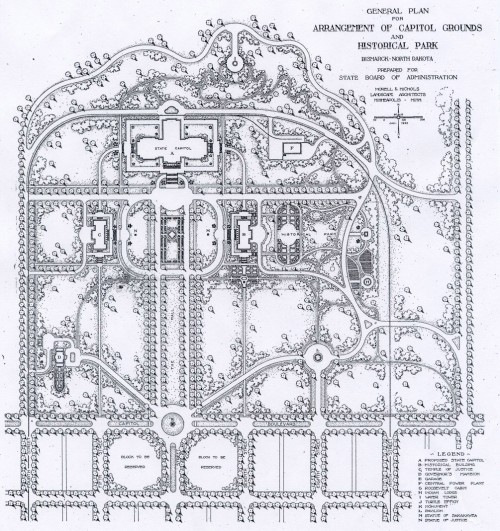 Image 5: In 1920, the legislature commissioned a study of the Capitol grounds. This drawing shows a plan for a new Capitol to be built just north of the first Capitol. Other new buildings included the Temple of Justice on the west side of the mall.

While the fire caused significant losses (including land transaction documents and some tax papers), the fire also gave the state an opportunity to build a new, modern Capitol that would have plenty of space for government offices to grow with the state’s needs. Legislators and government officials had been talking about the need for a new Capitol and had commissioned a Master Plan in 1920. (See Image 5.) However, legislators had not developed a plan to finance the new building. North Dakota had faced economic troubles for several years. The stock market crash in 1929 hurt the economy even more. 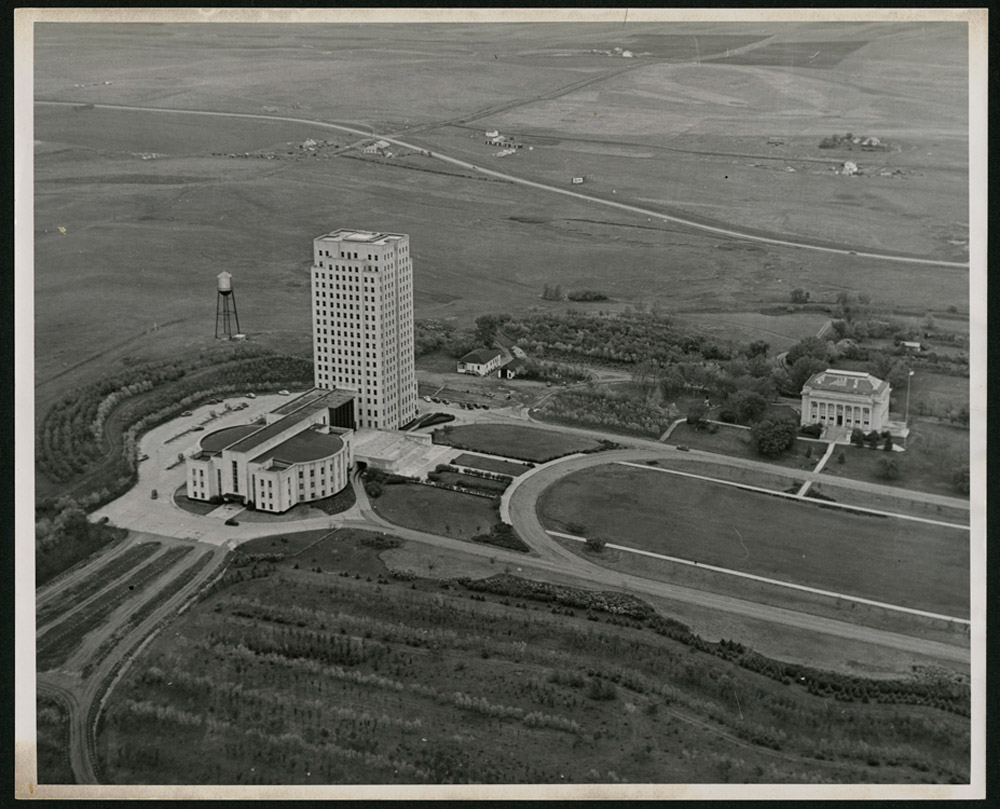 Image 6:This 1935 photo of the Capitol shows the office tower and the rounded walls of the legislative wing. The Capitol was completed in 1934 for a cost of $1.9 million. State offices were housed in the office tower. The other building is the Liberty Memorial Building which housed the state library and the state museum. To the east of the Capitol (above the center in this photo) is the highway which is now US Highway 83. SHSND C1308

After the fire, there was no choice but to build a new Capitol. The 1931 legislature appropriated (set aside) $2 million for the building. This was considerably less than the recent new Capitol constructions in Louisiana ($4 million) and Nebraska ($10 million). To a small extent, the cost of construction was kept under budget because Depression era jobs programs helped pay part of the labor costs. Works Progress Administration (WPA) workers were employed in construction of the Capitol. Part of their wages were paid by the federal government. 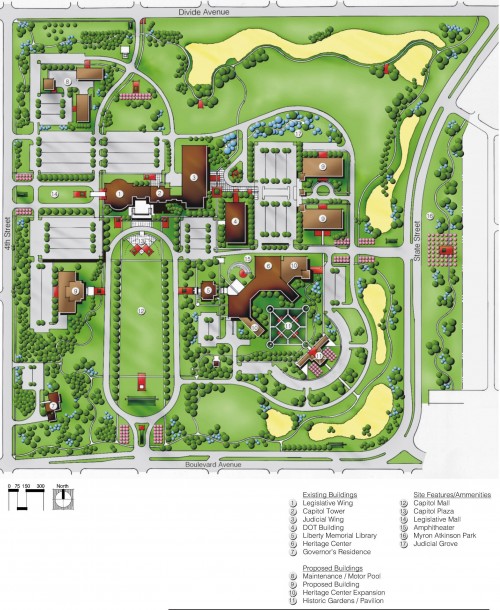 Most state Capitols had been built to show off the prosperity of the state. Typical U.S. state Capitols have gold domes, huge rotundas, wide hallways, and open interior spaces that reflect the power of government. North Dakota took a different tone in the design of its Capitol. The style was simple, sleek, and modern. (See Image 6.) The architectural design reminds us that the Capitol is about the business of the people’s government. It is not fancy; it is elegant and efficient. (See Image 7.)

The final cost of the new building was $1,984,488, about $15,000 under budget. The Capitol was completed in 1934 with two chambers for the legislature and a 21-story office building for the governor’s office, the state Supreme Court, and other state offices. About 80 per cent of the building is occupied, an efficient arrangement of space seldom found in other state Capitols.

The building was completed at a time when state and county governments were expanding rapidly. Federal programs under President Franklin Roosevelt’s New Deal were designed to help people survive the Great Depression and to bring about economic recovery. These programs created a need for more offices and employees. Many of these programs were managed by state committees or agencies. When the Depression ended around 1940, some New Deal programs ended, but World War II (1941-1945) brought about a new bureaucracy to occupy the building.

Why is this important? Modern North Dakota government needed a new home, and the new Capitol provided that place. Architecture is an expressive art; it reveals ideas and feelings. Through its architecture, the North Dakota Capitol tells all residents and visitors that this is a place where the people value simplicity and orderliness in all things, including government.