John Bradbury was born in Scotland in 1768. Though he worked in a cotton mill, he had a passion for plants. He developed friendships with members of the Liverpool Botanic Garden Society who agreed to support his trip to the United States in 1809. Bradbury met with former president Thomas Jefferson who recommended he set up his base of operations in St. Louis. At St. Louis, William Clark encouraged him to explore the northern Plains for plants because “up the Missouri the Country affords a most ample field for researches in Natural history.”

In 1811, Bradbury had an opportunity to take a steamboat up the Missouri River with a group of fur traders. Along the way, he collected plant specimens and made notes about animals and the Indians he met. He found plants that were both “new and beautiful.” While on the Upper Missouri, he purchased 17 old trunks from the fur traders and trappers he met. He brought between 4,000 and 5,000 plant roots back to St. Louis. He intended to plant the roots in gardens where he could observe them more carefully, but he became seriously ill. During the months of his recovery, most of the plant roots died. 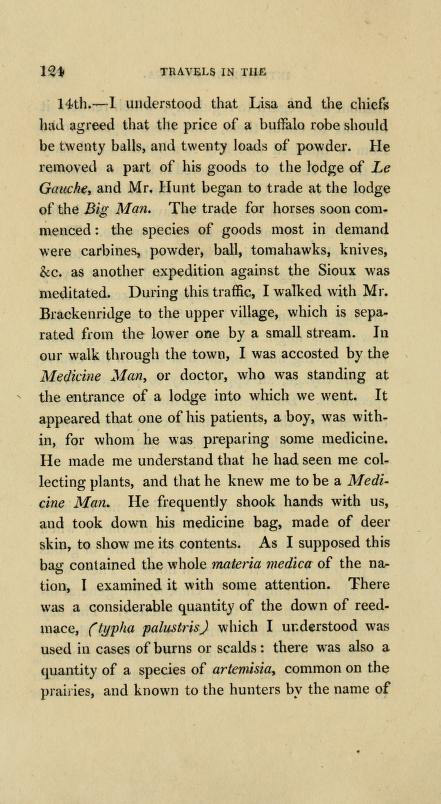 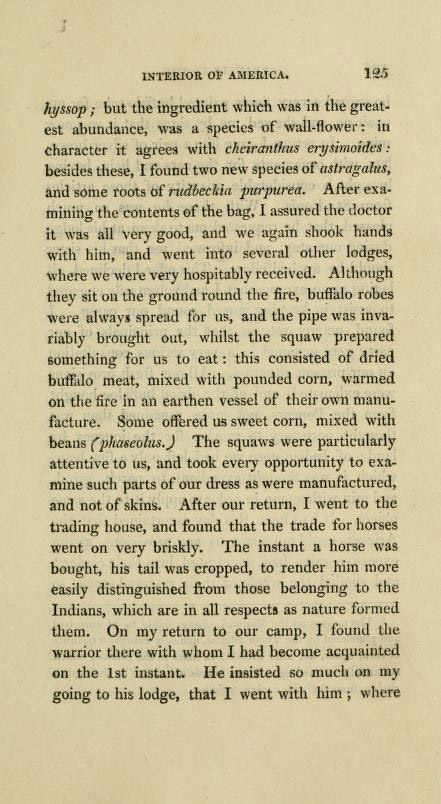 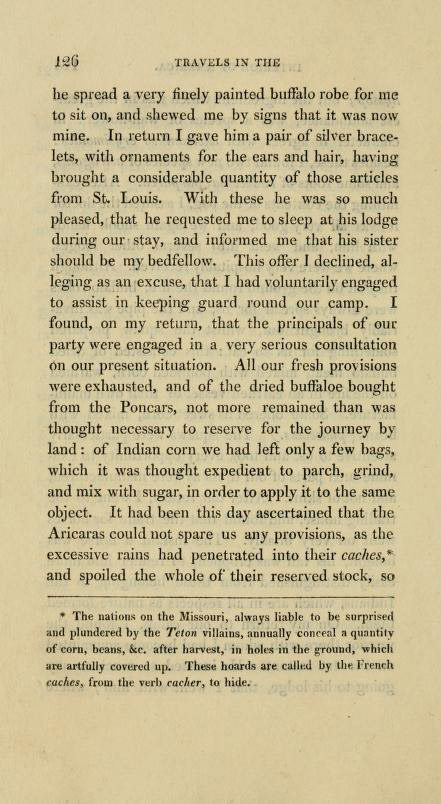 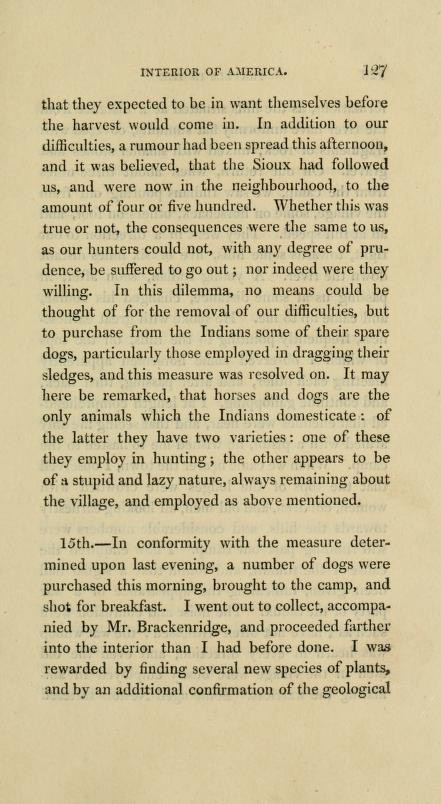 After he returned to St. Louis, Bradbury wrote to his friends in England to tell them of his journey. He concluded that the “Western parts of this country are more abundant in unknown plants than any other part of the Globe, the country of the Amazons perhaps excepted. . . .”

Bradbury met many important people on his journey including fur trader Manuel Lisa. (See Document 2.) Bradbury also wrote in his journal about meeting an Arikara medicine man or healer. The healer showed Bradbury the leather pouch in which he kept plants and other natural medicines. The two men found that they had a mutual interest in the healing qualities of plants. Bradbury also formed a friendship with another Arikara man. Bradbury noted the short supply of corn which was a concern to both the people of the village and the traders who depended on Upper Missouri villages for their food supply.

Why is this important?  Bradbury was the first botanist to enter the Upper Missouri Country after Lewis and Clark. As a self-educated botanist, he was able to identify plants and properly gather specimens for further study. Lacking speedy transport and refrigeration, his samples were subject to decay. While Stephen Long made a gloomy assessment of the region’s botanical potential, especially for farming, Bradbury’s research suggested that there was a great variety of plants on the Great Plains that could serve many purposes.