Stephen H. Long was born in New Hampshire in 1784. After he graduated from Dartmouth College, he received a commission in the U.S. Army and began teaching mathematics at West Point Military Academy. He then requested a transfer to the Corps of Topographical Engineers. Army topographical engineers were responsible for surveying, exploring, and map-making. 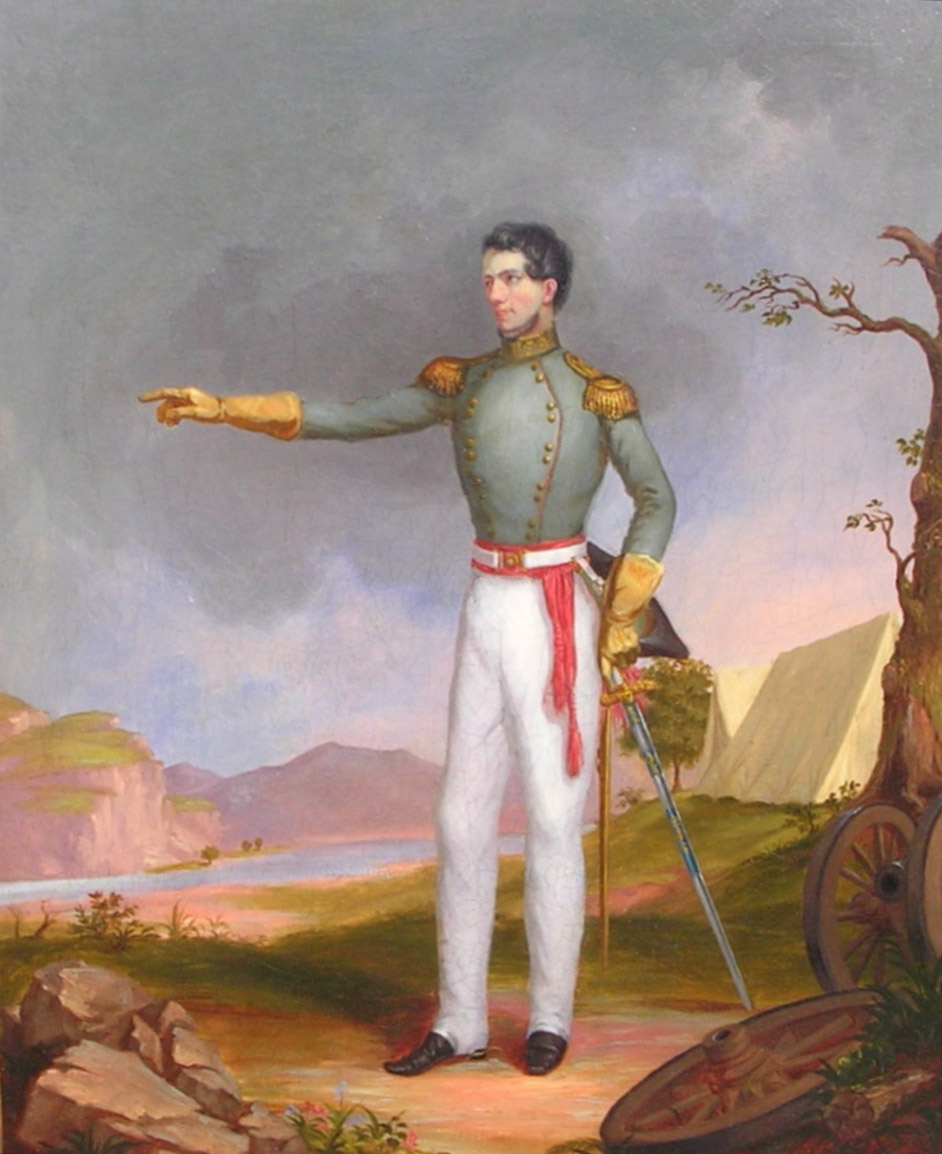 Image 1: Stephen H. Long was one of the most important military explorers of his day. He explored many western territories including the central Great Plains. He applied the term “the Great American Desert” to the Great Plains which prevented settlement of the Plains for many decades. He led an exploratory expedition down the Red River of the North in 1823 to mark the northern boundary of the United States near Pembina.

Long began surveying (for maps) the frontier territory of Illinois in 1816. (See Image 1.) In 1818, during a surveying trip up the Mississippi to the site of present-day St. Paul, Minnesota, he wrote a dictionary of the Ho-chunk (Winnebago) language so that he would be able communicate with the people of the region. 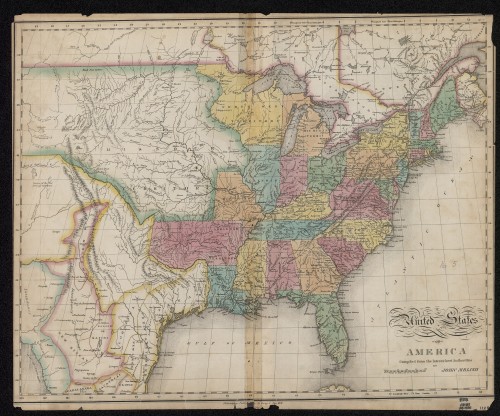 Map 1: This 1821 map is similar to the map that Stephen H. Long would have used when he traveled up the Mississippi River and down the Red River in 1823. Though it was much better than the 1795 map that David Thompson used when he entered North Dakota, it was still very incomplete. The “Swan” River is the Red River, and the “Moose” River is the Mouse River. SHSND 973-5 M523u 1821.

In 1820, Long, with a small group of assistants and soldiers, set out to explore the central Great Plains. Long’s famous report described the Great Plains as “the Great American Desert” that could not support farming. That designation slowed settlement of the Plains states and territories for many decades.

Long launched another exploratory expedition in 1823. (See Map 1.) This time, he explored up the Mississippi River and down the Red River of the North. His mission was to establish the exact location of the 49th parallel west of Lake of the Woods. He marked the boundary line near Pembina with a wooden post. The members of the expedition fired their guns in salute to the American flag, and Long declared that all the land south of the marker was part of the United States. 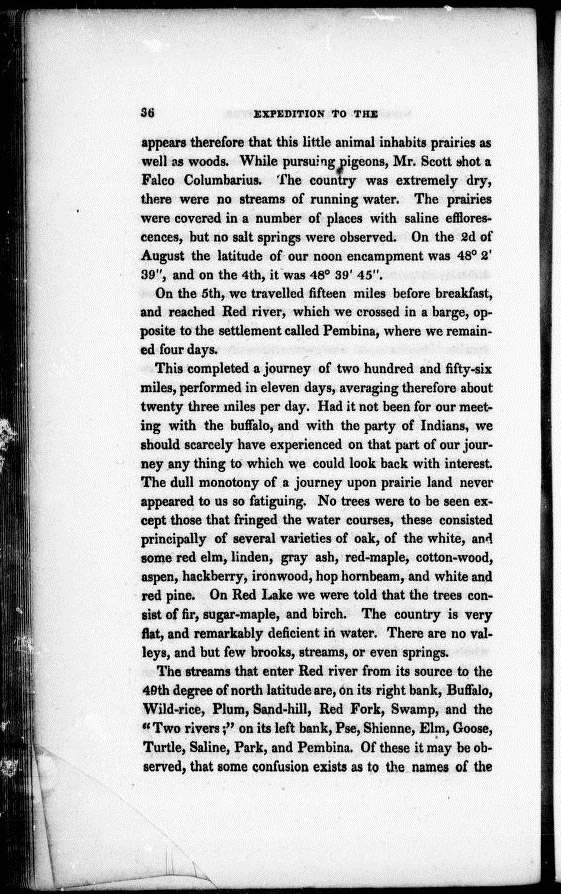 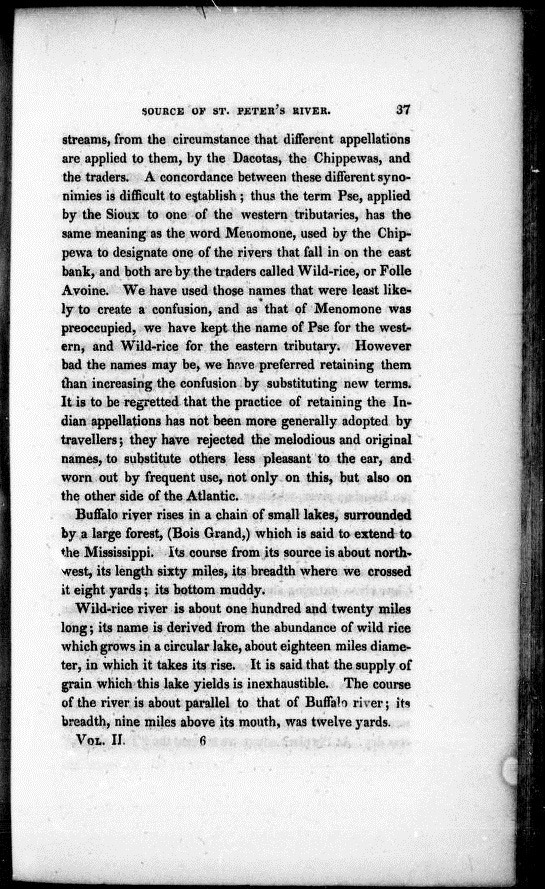 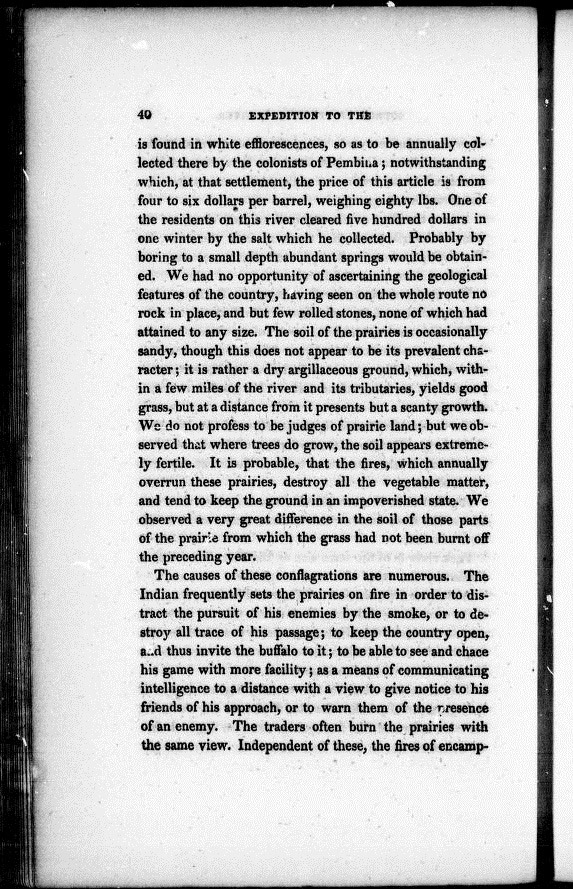 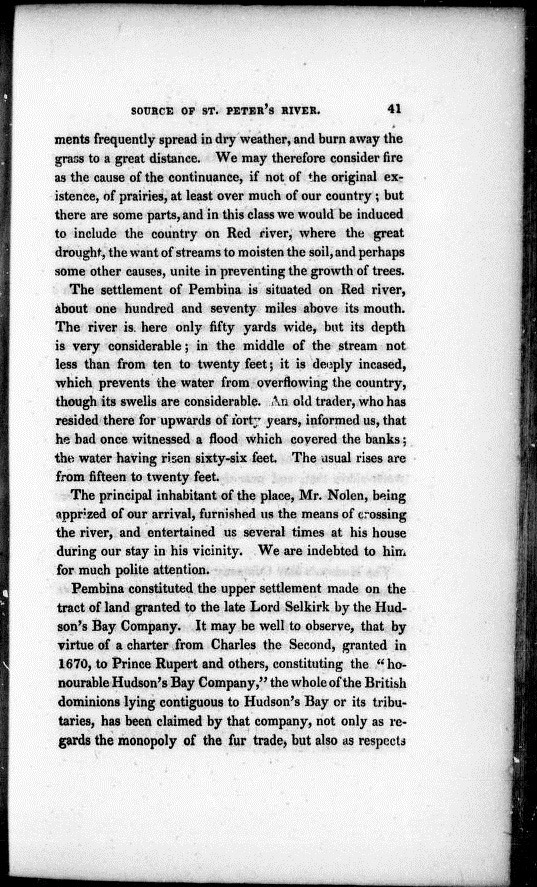 Long and his men were not enthusiastic about the Red River Valley. Long thought the soil was sterile and “not congenial to vegetation.”  There was not sufficient rainfall for agriculture (it was a dry year). However, the men enjoyed their journey from Lake Traverse to the 49th parallel where they met friendly Dakotas, hunted bison and elk, and saw wolves and other interesting animals. They wrote of pleasant evenings (as long as bison were near, the mosquitoes were not a problem). Still, the report indicated that the region held little interest for Anglo-American settlers.

Why is this important?  Stephen Long was a surveyor who contributed to making maps of the upper Mississippi and lower Red rivers more accurate.  He assessed the farming possibilities of the region. He concluded that the Red River Valley was not a good place to farm.