Before EuropeansPerson from a country on the continent of Europe came to North America, there were more than 300 nations in what is now the United States. The citizens of these nations were American Indians. Each nation, called a tribe,Sovereign Indian nation was sovereign and had its own government.

When Europeans began moving to North America, they settled on land where American Indian families had lived for hundreds of years. The Indians did not want to move, but the government sent its army and forced the Indians to move to reservations.Land reserved for Indians 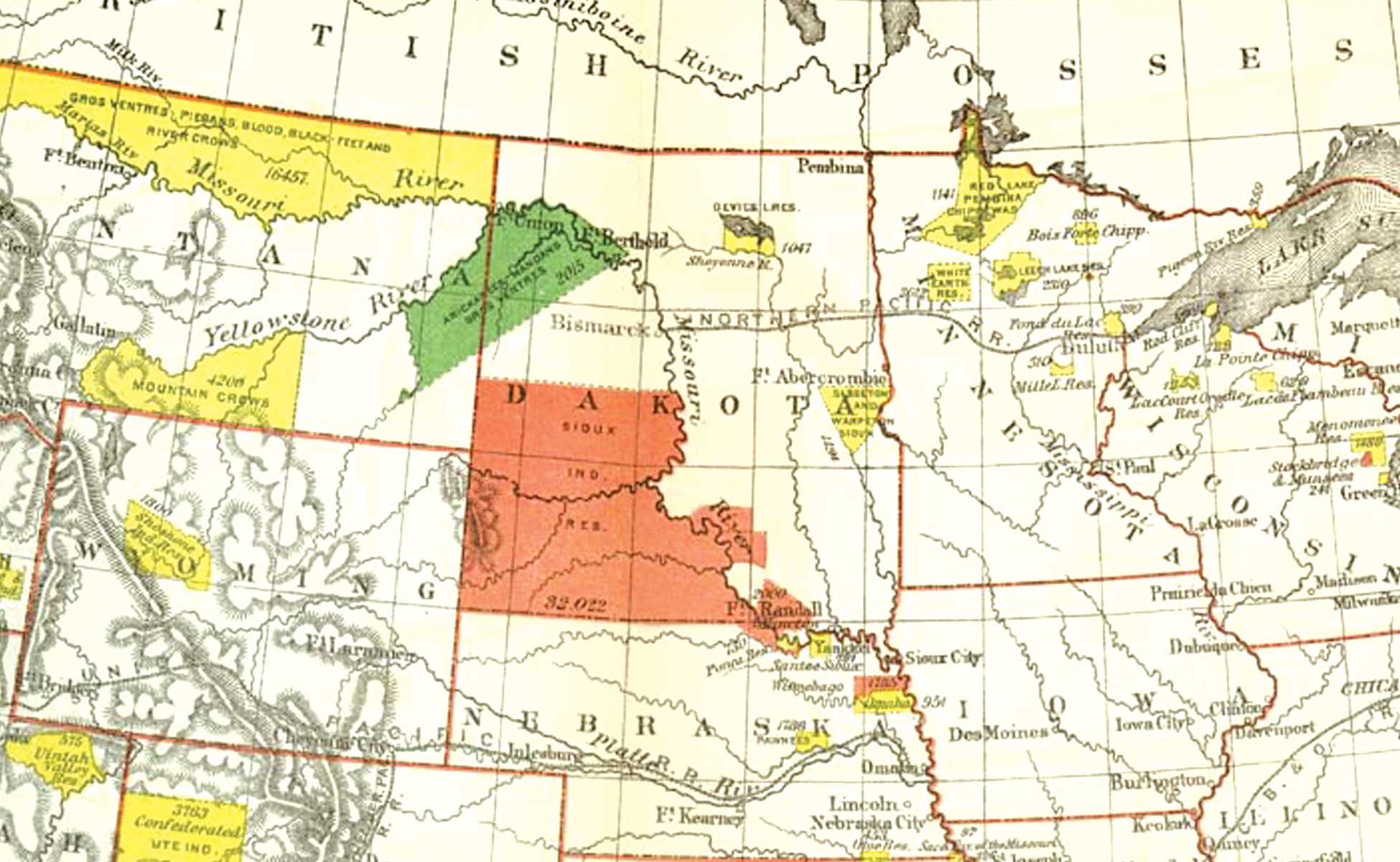 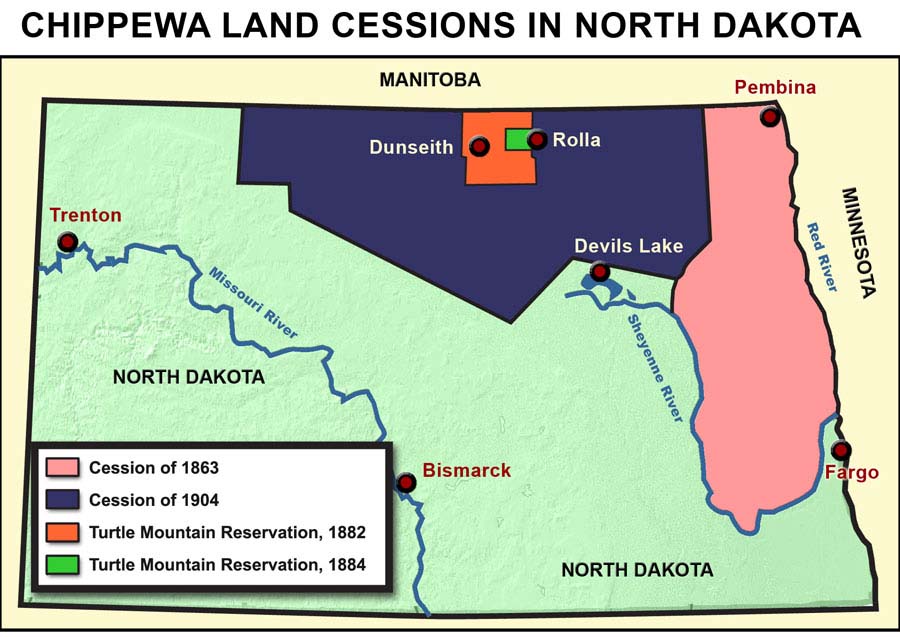 Figure 3. Treaties greatly reduced the size of reservations. This map shows how the Turtle Mountain Reservation was reduced in size. (SHSND-ND Studies)

This means that each tribe is sovereign but is associated with the United States. Tribal members are citizens of two nations—the United States and their own tribal nation.

The state in which the tribe is located does not have authority over the tribe. The tribe has power over everything within the tribe, and the state government cannot interfere. The tribal chair (chief) of each tribe is equal in rank to the governor of each state.

Each tribe is headquartered on a reservation, and the laws of the tribe apply within the boundaries of the reservation. Tribal laws affect hunting, fishing, and water rights on most reservation land. The sovereignty of the Indian tribes is not affected by state laws.