Just as North Dakota was once the wheat frontier, today it is on the frontier of energy development. With a huge lignite resource, a massive shale oil resource, and enough wind to replace all of the power plants in the United States, North Dakotans are now in a position to rethink our place in history. 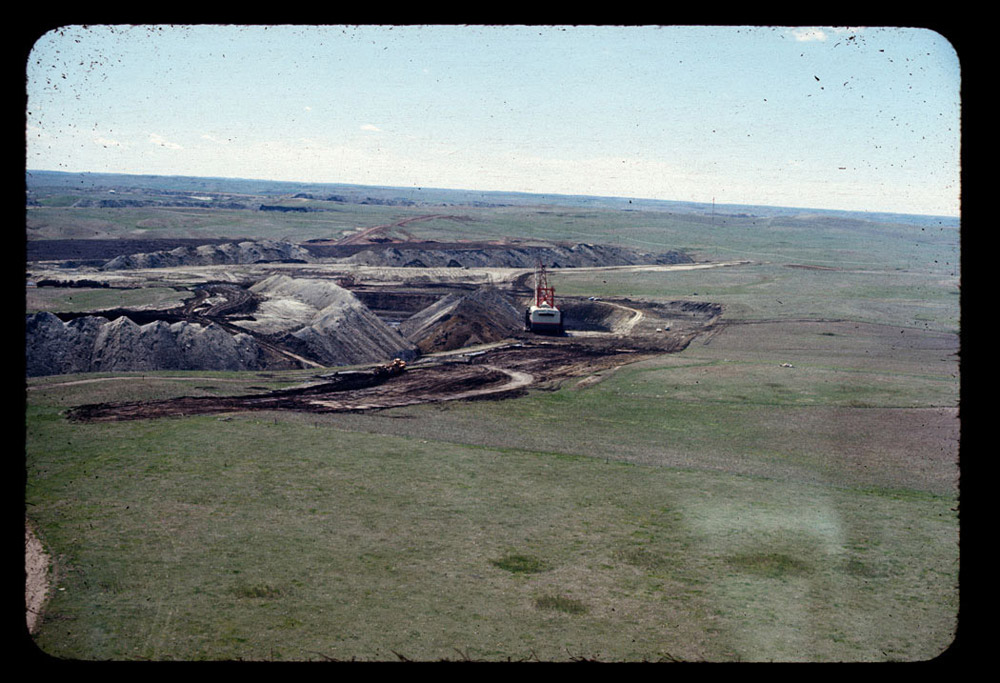 Image 1:  Mineral rights can be separated from surface land rights and sold or leased separately. Subsurface mineral rights include coal, gas, and oil which are found in abundance in western North Dakota. SHSND 10692-Box12-51. 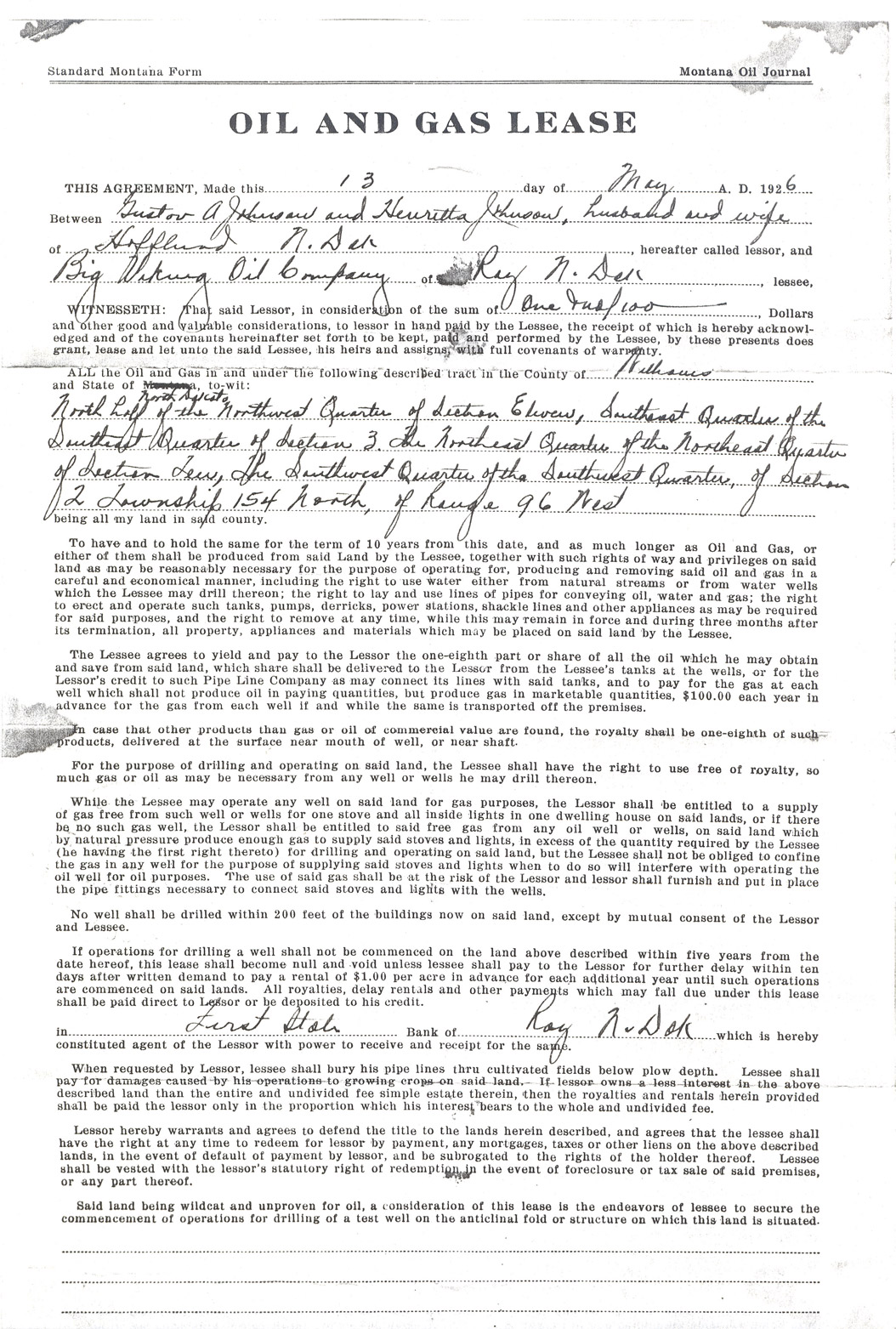 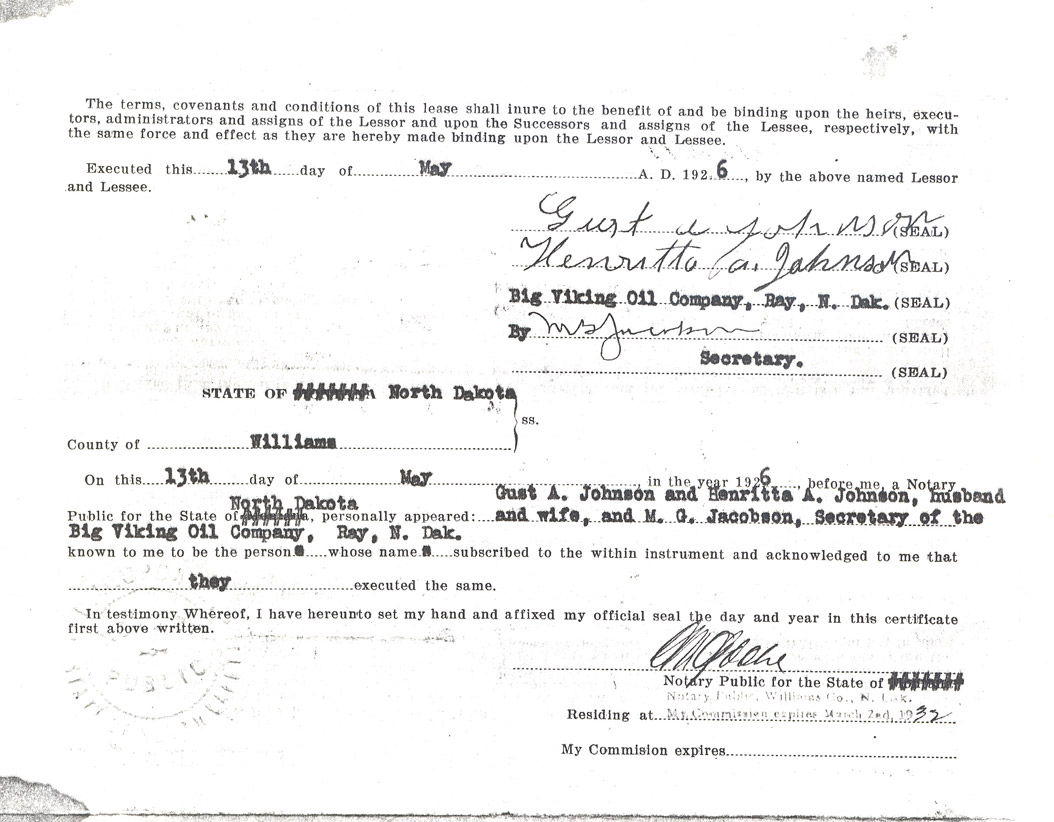 Most pioneers who claimed land under one of the federal programs such as the Homestead Law received mineral rights when they obtained title to their property. This means that after they completed requirements for ownership, they owned the surface where they farmed. They also owned the right to any subsurface minerals such as coal which might be located beneath the farm. (See Image 1.) In 1916, Congress passed another law meant to help cattle ranchers acquire enough land for raising cattle. It was called the Stock Raising Homestead Act (SRHA). The SRHA did not transfer mineral rights to the land owner. The federal government retained the mineral rights. 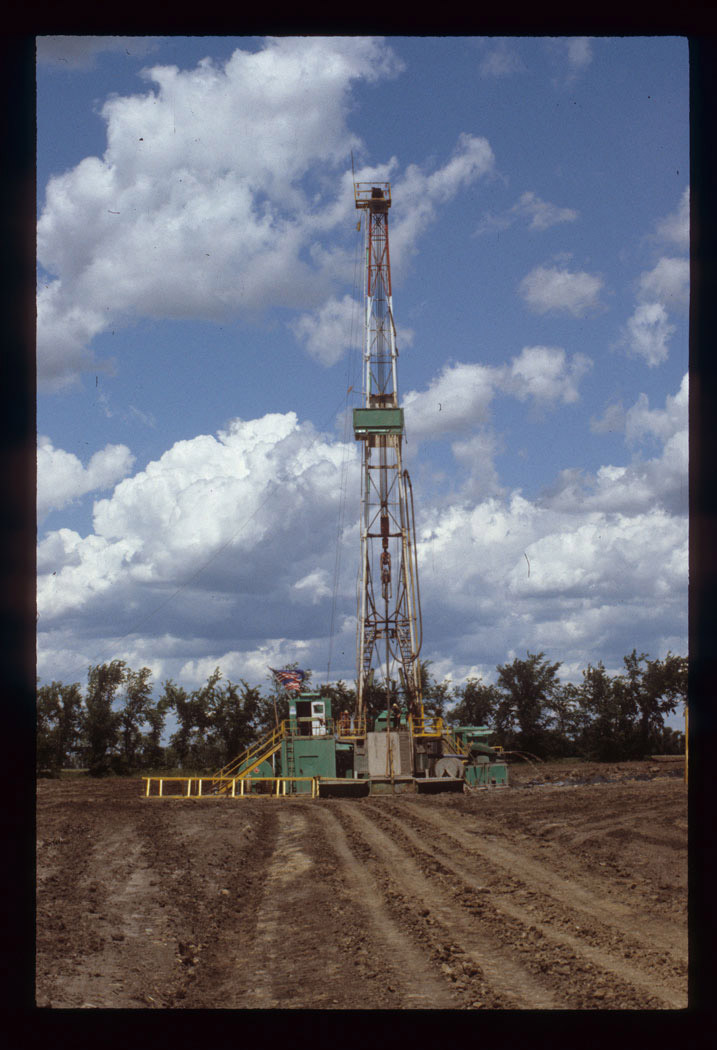 Image 2:  This oil drilling rig has been set in place, but none of the other equipment necessary to open an oil well has appeared yet. Oil is a non-renewable energy resource because it takes millions of years for oil to be made in nature. SHSND 2013-P-0922

Separation of mineral rights from surface rights was sometimes part of inheritance practices in North Dakota. In some families, a land owner gave the surface rights to his (or her) sons. In other words, sons inherited the farm. Daughters were entitled to something of value, too, and they often received mineral rights which might include gravel, coal, natural gas, or oil..

Image 3:  A man works high on an oil drilling rig. Energy development has brought many jobs to North Dakota and many people come here seeking jobs. The jobs often require specific skills and some are dangerous, but they usually pay well. SHSND 10958-132A-048

Mineral rights can be sold or leased. (See Document 1.) Some grandchildren or great-grandchildren of pioneer landowners have chosen to sell or lease their mineral rights to oil companies. If they lease, they receive royalty checks based on the production of the oil wells on their property. Similar arrangements might be made for coal rights.

Wind is not a mineral. Landowners can lease land to a wind generation company that will build a wind generator. The land owner generally receives a payment for that land which is not based on production.

There are some other energy resources that are being developed in North Dakota. Geo-thermal energy is being captured from the earth a hundred feet or more below the surface. Many new state-owned buildings are using geo-thermal energy. Some North Dakotans are utilizing solar energy as well. While these energy developments are interesting, they do not make an impact on the landscape as oil, wind, and coal development do. There are very good resources for studying these energy resources, but they will not be part of our study.