In 1957, Minot was identified as a location for an Air Force base. In the beginning, the base was a Semi-Automatic Ground Environment (SAGE) which consisted of a concrete, atomic blast-resistant building. The airmen who worked at the SAGE site analyzed air defense information. They utilized two IBM computers, each weighing 275 tons, to do their work. 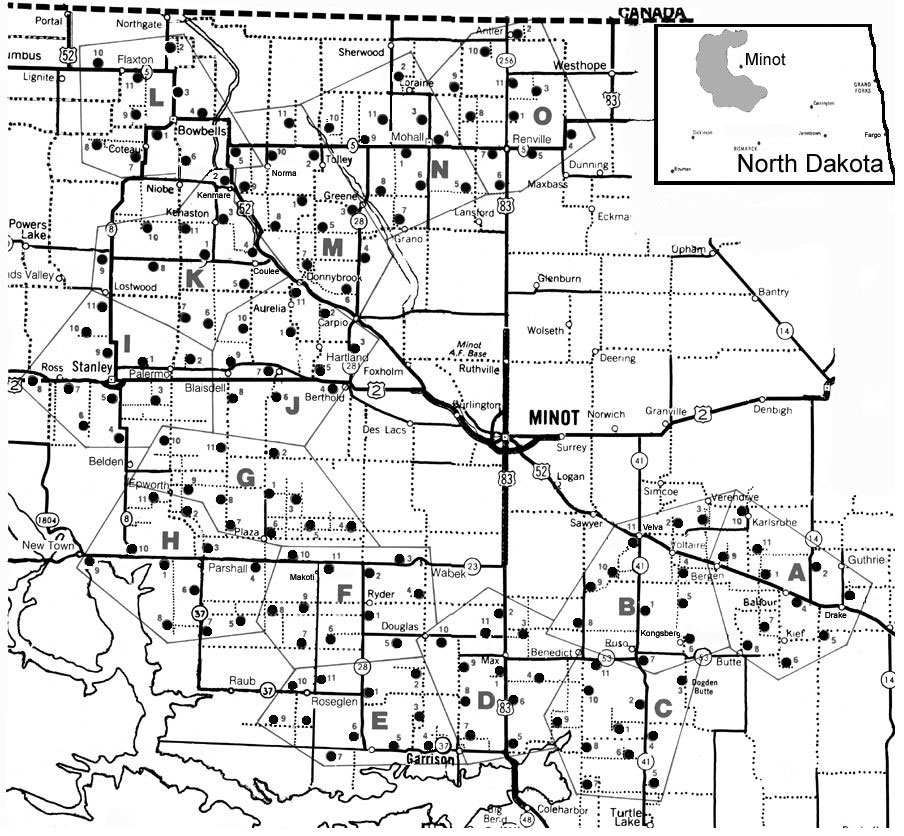 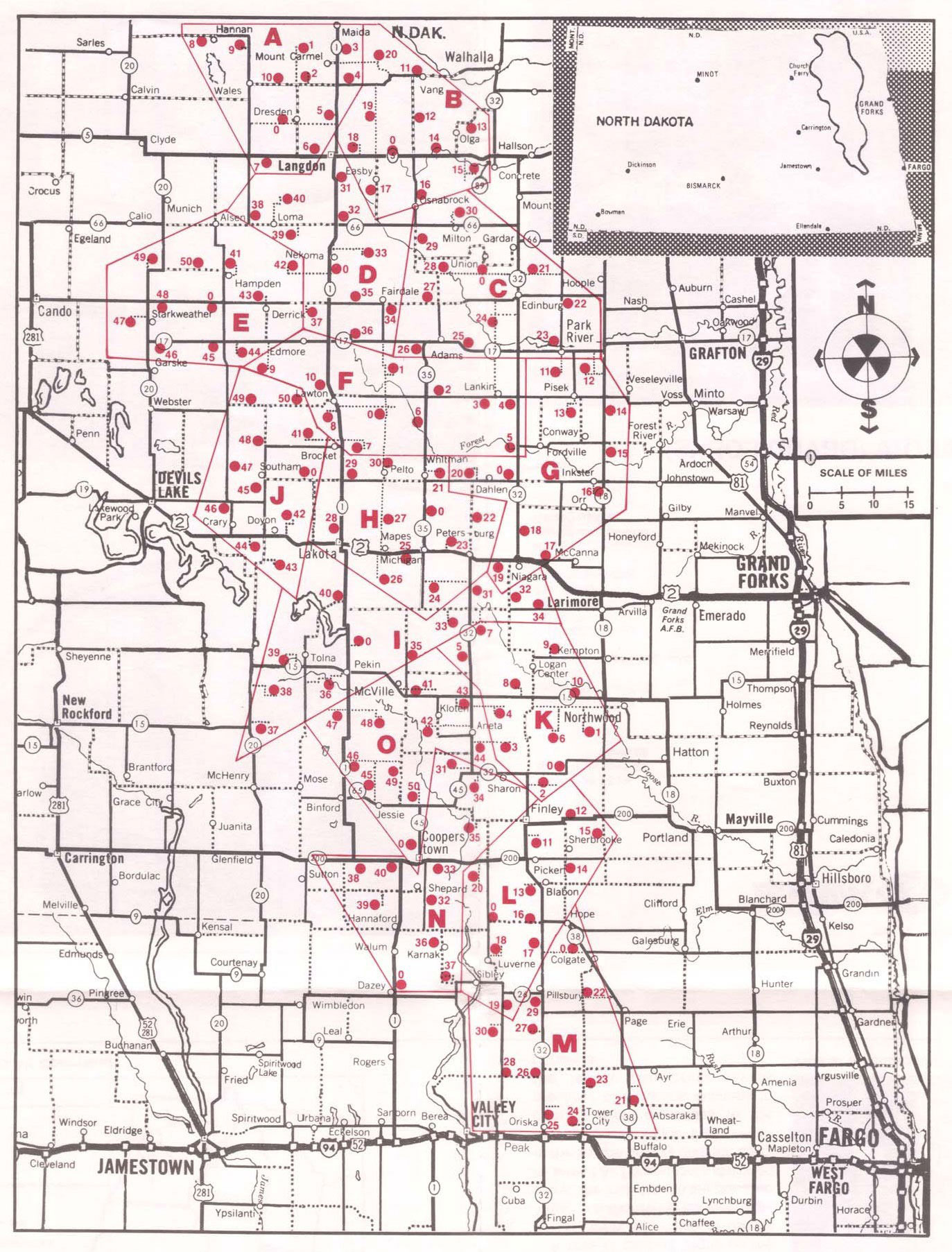 Activities at the Minot Air Force Base changed a few times for a couple of years. Then, in 1961, the Air Force selected Minot as the center of a complex of Minuteman I Inter-continental Ballistic Missile (ICBM) sites. The first ICBM was installed on September 9, 1963. Over the next two years, the remainder of the missile field was constructed. (See Map 1.) The counties around Minot became home to 150 ICBMs, the above-ground Missile Alert Facilities (MAF), and thousands of airmen who were prepared to maintain and launch, if necessary, the missiles.The incredibly powerful missile systems were regulated by a series of safeguards. Two airmen worked in the launch facility at all times. If a command (coming originally from the President’s office) was issued to launch a missile, each airman would be given a code to open a box and get a launch key. Both airmen would have to insert their keys into the launch console and turn the keys at the same time. With these safeguards, it was impossible for a missile to launch accidentally. 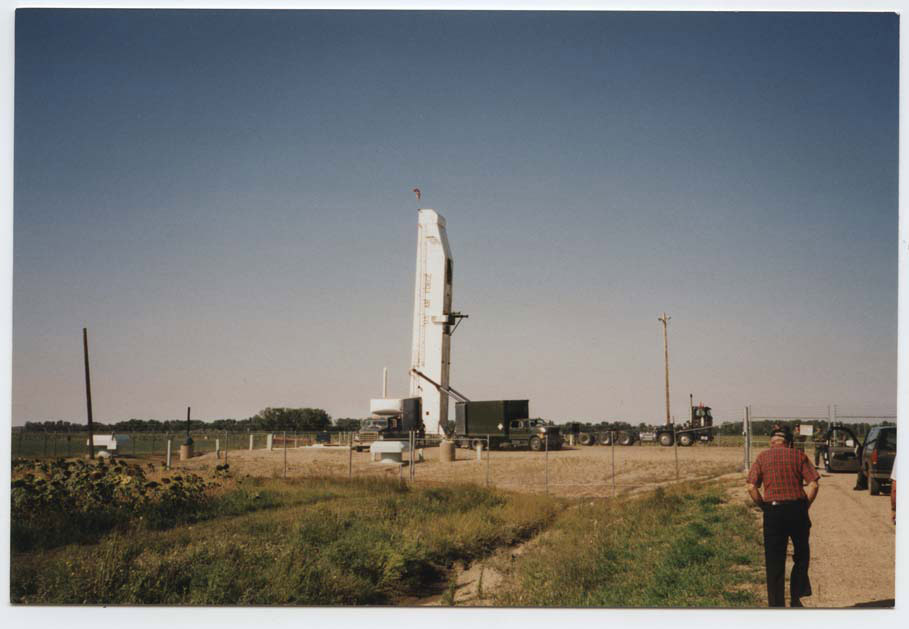 Image 4: When the missile operations at Grand Forks Air Force Base were ended, the missiles were removed from the silos and sent to other Air Force bases. The silos were imploded so that they would not fill up with water. One silo and one Missile Alert Facility near Cooperstown were transferred to the State Historical Society of North Dakota. These facilities are open for visitors. SHSND 11050-482

In 1970, Minuteman I ICBMs were replaced by Minuteman III missiles which were three times more powerful than Minuteman I. As the Cold War drew slowly to a close in the early 1990s, activity at Minot Air Force Base changed again, though the base has retained its missile wing. 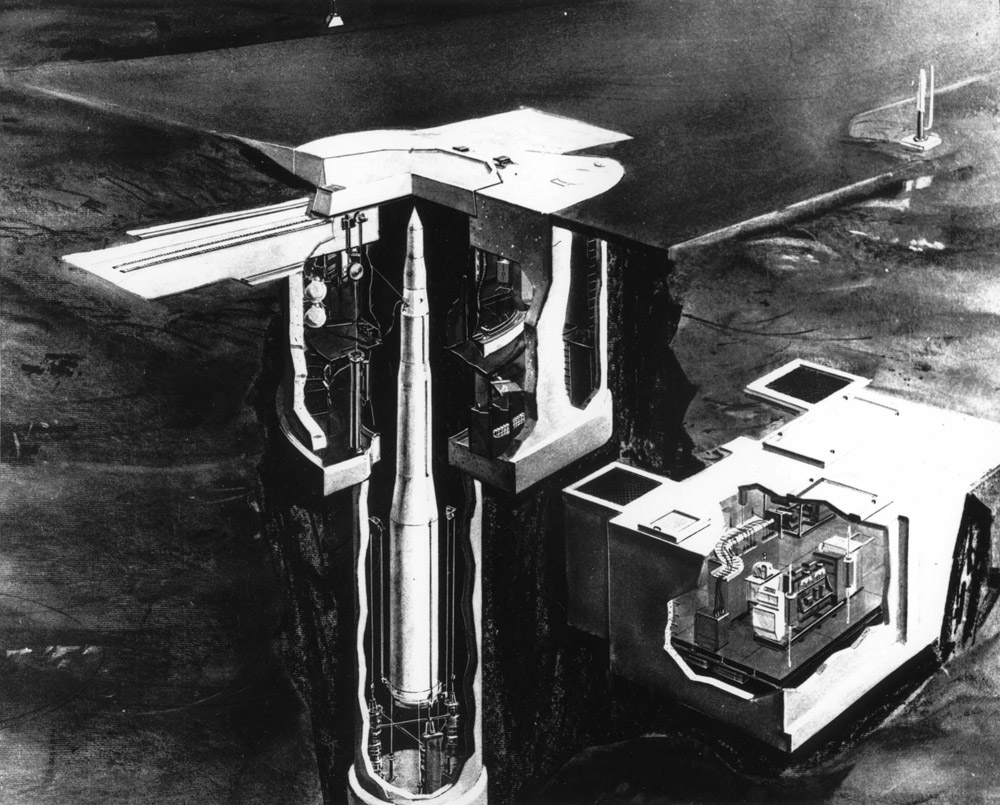 Image 5: Once the silos were constructed and the missile was installed, the surface had very few signs of a missile silo. The massive concrete door opened on a rail system (upper left) if the missile was launched. During the Cold War, no nuclear missiles were ever launched, though some were tested in remote Pacific Islands and in the deserts of Utah and Nevada. SHSND 0703-004.

The Grand Forks Air Force Base (GFAFB), located 15 miles west of Grand Forks, began its service in 1954 as a fighter-interceptor base. In 1959, GFAFB became part of the SAGE system. In 1964, GFAFB was assigned duties related to missile operations. The installation of 150 Minuteman II missiles and silos was completed in December 1966. (See Map 2.) 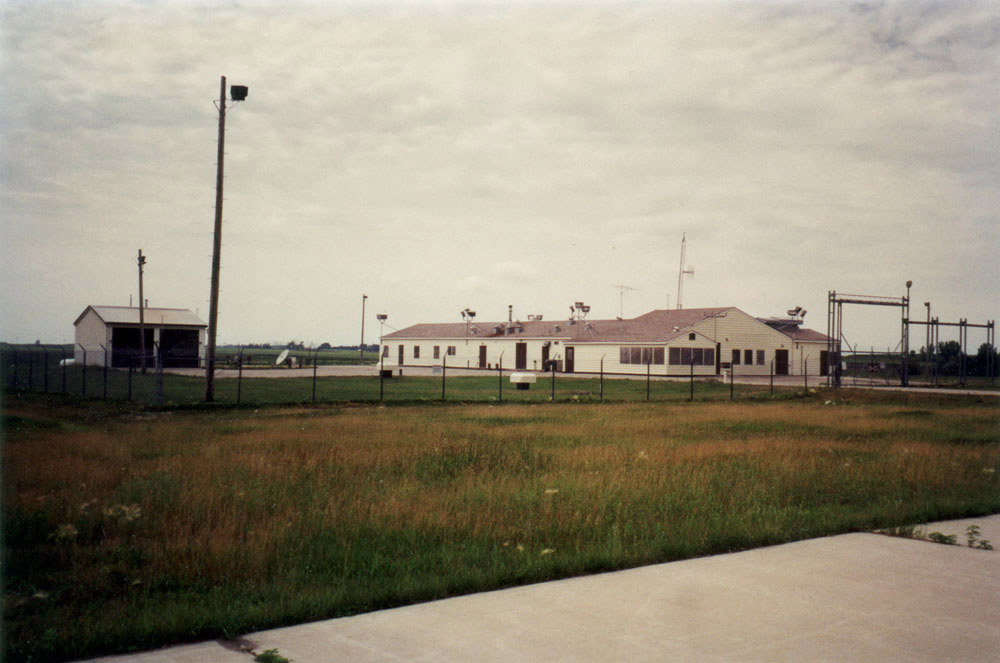 Image 6: Missile Alert Facility (MAF) Oscar-Zero (O-0) was located near Cooperstown. Airmen spent their duty hours in this facility where they slept, ate, and worked. Two airmen were locked into the underground missile control room for 24 hours. During that time they had to be prepared to launch a missile if they received a launch command. Each MAF controlled 10 missiles. SHSND Missile Site 2.

The Minuteman missiles of the Grand Forks Air Force Base were designated for arms reduction. Starting in 1995, the missiles were removed and sent to other locations. (See Image 4.) The silos were destroyed by implosion in 1999. This move was made to satisfy the requirements of the Strategic Arms Reduction Treaty (called START).

Besides North Dakota’s two missile wings,Sometimes humor helps us deal with grim realities of life. During the 30 year period when North Dakota had 300 missiles scattered among the wheat fields, people used to say, “If North Dakota seceded from the Union, the state would become the world’s third largest military power.”  It was a joke, of course. North Dakota never wanted to secede from the United States, but the reality was that within the state’s borders was a mighty arsenal of terrible weapons. there were other missile bases in Wyoming, South Dakota, Montana, and Missouri. Missiles were placed in the central part of the United States for a variety of reasons. The Great Plains offered plenty of space for the missiles. If they had been concentrated in a small area, they could have been easily targeted by Soviet missiles. The missile fields were also far from the east and west coasts so that ships or submarines could not launch missiles that could reach the Great Plains. In addition, missiles located in North Dakota or Montana could be directed to fly over the Arctic to targets in Russia. Finally, the missiles were located a great distance from important urban centers of business and government. North Dakota was perfectly positioned to meet all of these qualifications.

For a few years, the landscape was disturbed by construction. Installing 150 missile silos required moving 2,700,000 cubic yards of earth, pouring tons of concrete, and enough steel to build 60,000 automobiles. (See Image 5.) In addition, there was a Missile Alert Facility (MAF) that housed the control center for 10 missiles. All of the silos and the MAFs had their own acreage which was fenced. (See Image 6.)

Then, when the construction was completed, there was quiet. When the airmen took their duty at the MAF they worked, ate, slept, and played (off-duty) in the building. Airmen occasionally visited each of the launch facilities (silos) in their area. But the landscape had been altered and made ready for an unspeakable war that, fortunately, never happened.

Why is this important? There are a few times in our state’s history when this region had a special place in the world’s imagination. One of those times was during the Cold War. North Dakotans did not choose to be the site of 300 missiles for 30 years, but it was the role we had to play in the Cold War. Although there were many legitimate criticisms of the “arms race” between the United States and the Soviet Union, the weapons were so powerful that both nations avoided a situation that might lead to launch of the missiles.

For the most part, North Dakotans accepted the presence of the missiles. However, no one complained when 150 of the missiles were removed and sent elsewhere. Today, you can visit a Missile Alert Facility in Cooperstown that is now a State Historical Society historic site.