The Cold War was a brand new idea in history. Old fashioned wars involved soldiers or warriors shooting or throwing some sort of weapon at an enemy. Historians wrote about the battles recording dates, numbers of soldiers, winners and losers. The Cold War had none of those qualities. The Cold War came about because of a very new sort of weapon--the atomic bomb. The bomb changed the way the world went to war.

Image 1: At the beginning of the Cold War, the United States government trained citizens to prepare for nuclear attack. This film, “Duck and Cover,” was made in 1951 to show school children how to protect themselves in case of nuclear attack. Of course, crawling under a desk would not protect children from the power of a nuclear attack or from radiation, but people looked for a way to understand the constant threat of nuclear war.

On August 6, 1945, the United States deployed the first atomic bomb (A-bomb) on Hiroshima, Japan. No one had ever seen a weapon of this sort. Thousands of people in Hiroshima died instantly; thousands more died from burns or radiation sickness in the next few months. A few days later, a second atomic bomb was dropped on Nagasaki, Japan. This ended World War II.

For a few years, the United States was the only nation to have this weapon. Americans hoped that it would never be used again. However, on August 29, 1949, the Soviet Union (an association of Communist nations led by Russia) successfully tested an atomic bomb. 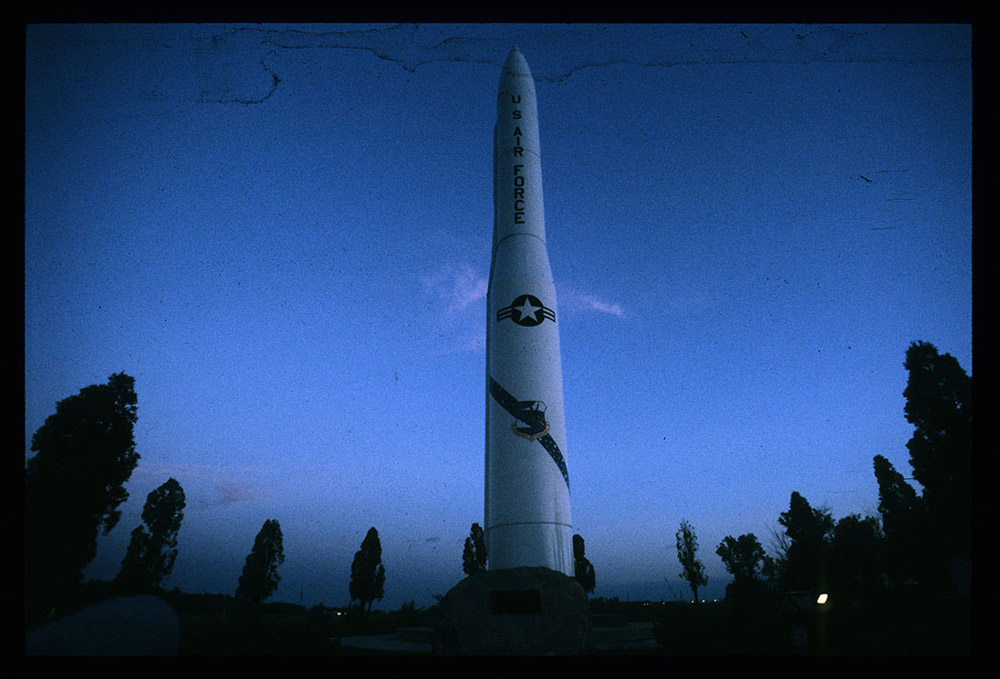 During World War II (1941-1945), the United States and the Soviet Union (USSR) were allies. Together with their other allies, they defeated Nazi Germany. However, by the end of the war, neither nation trusted the other. The USSR wanted to see communism spread throughout the world. The United States wanted to prevent the spread of communism. The stalemate led to the Cold War.

The Cold War was purposefully “cold.” Both nations had atomic weapons that could be delivered by airplane or by missile. Neither nation wanted to use atomic weapons, but both nations threatened to use these terrible bombs to achieve their international goals. (See Image 1.) 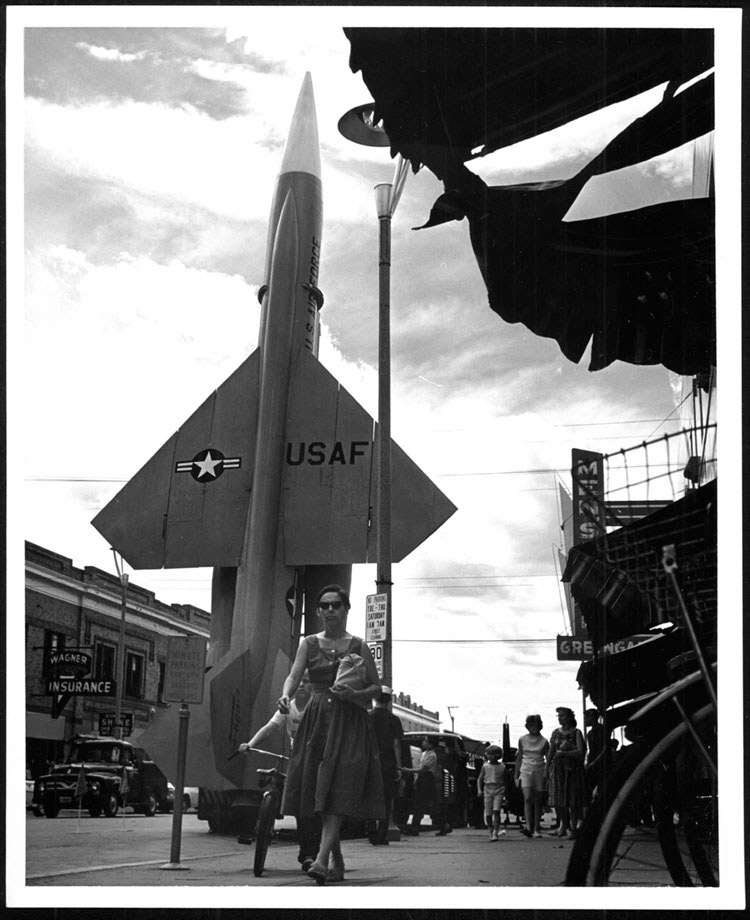 Image 3: This rocket was displayed in downtown Bismarck in 1962 just as missiles were being installed in North Dakota’s farm fields. Most people continued their daily activities while the rocket simply stood on a trailer on the street. The federal government wanted to help people become comfortable with modern weapons of war. SHSND 0080-box5-file09-01