North Dakota’s population decreased steadily since it reached a peak of 680,845 in 1930 until about 2015. There were a few years when the federal census found a slight rise in the population, but for many years after 1930, the population declined. (See Chart 1.) 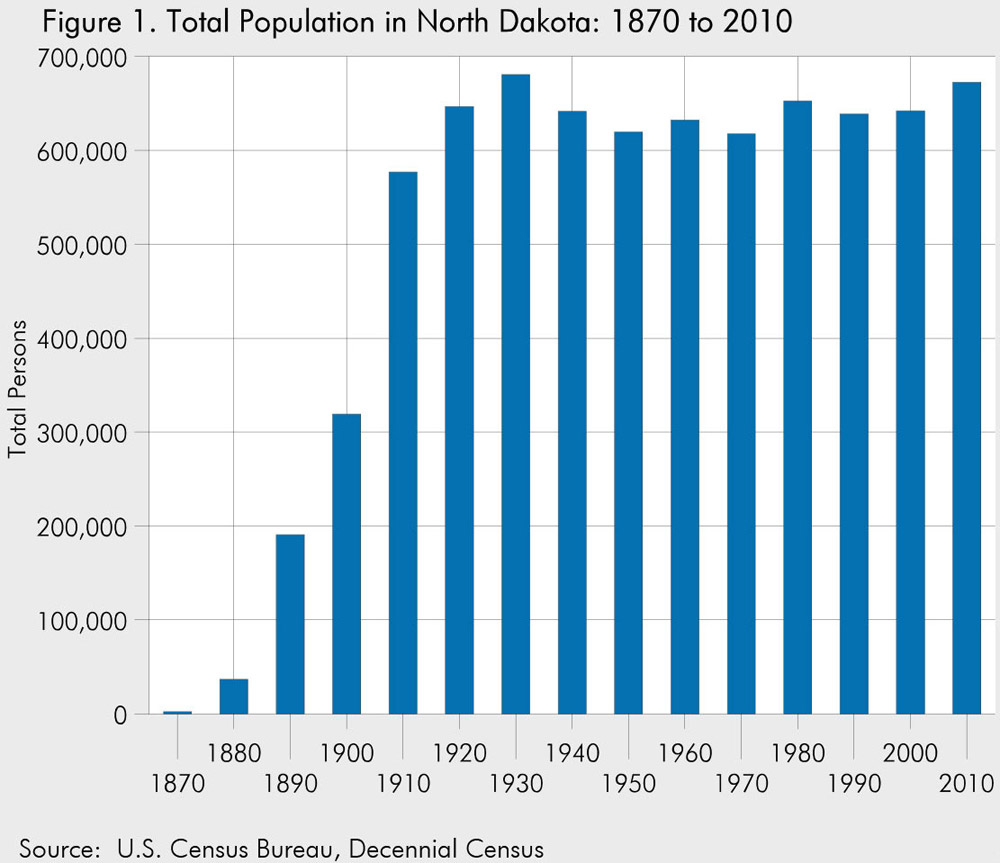 Oil exploration and development led to a population increase in 1980. But as the first oil boom faded, the population declined again. The 2010 census showed another increase, again due to the impact of oil and gas development. In 2010, North Dakota had a population of 672,591, only a few thousand short of the 1930 census. In 2017, the population reached a new peak of 755,393. 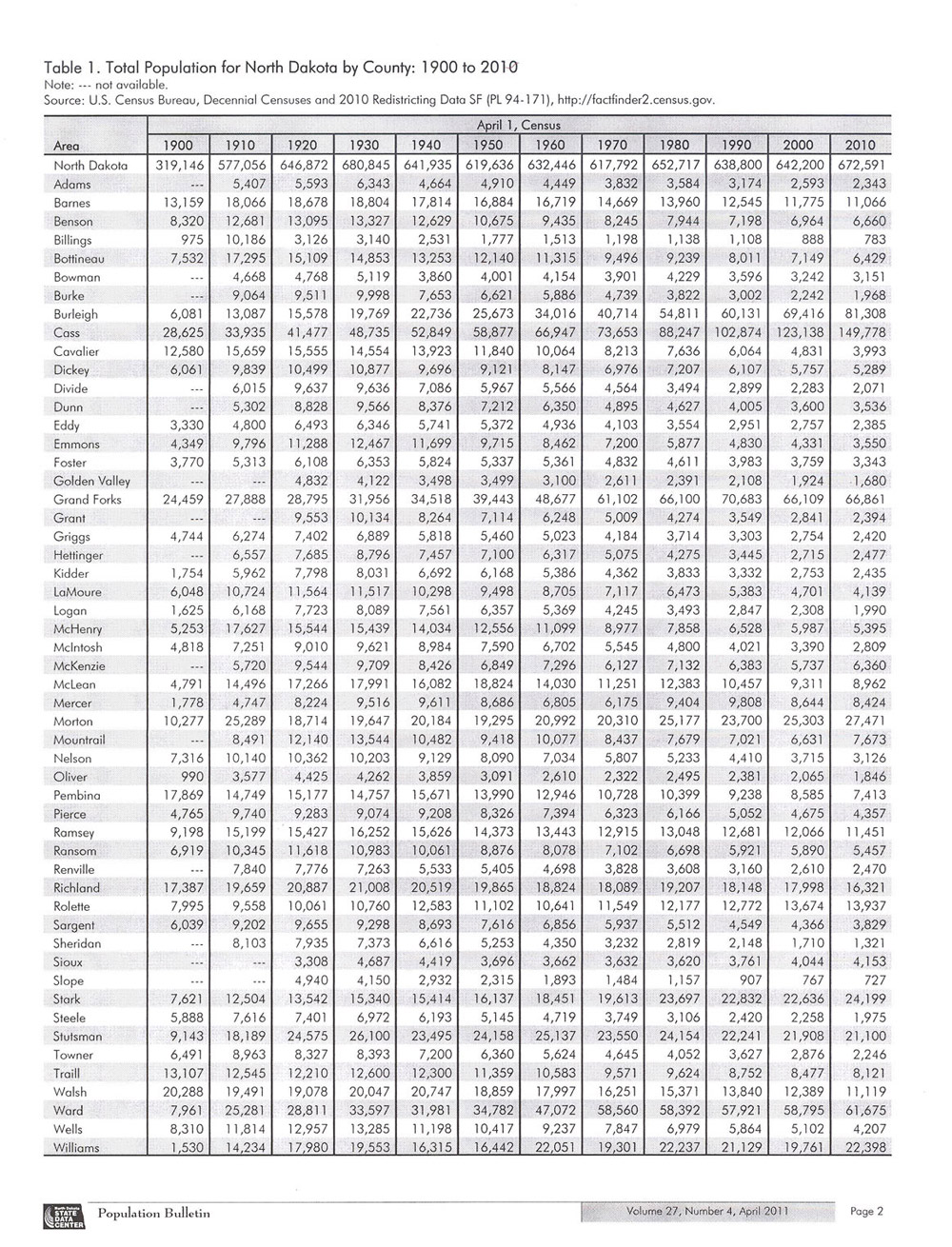 Chart 2: County Population. This chart shows county population data from 1900 to 2010. While cities are not listed on this chart, it is apparent that counties with major cities, such as Cass County with the city of Fargo, have been growing steadily from the very beginning. The growth of cities reflect the loss of population in rural North Dakota. North Dakota State Data Center. 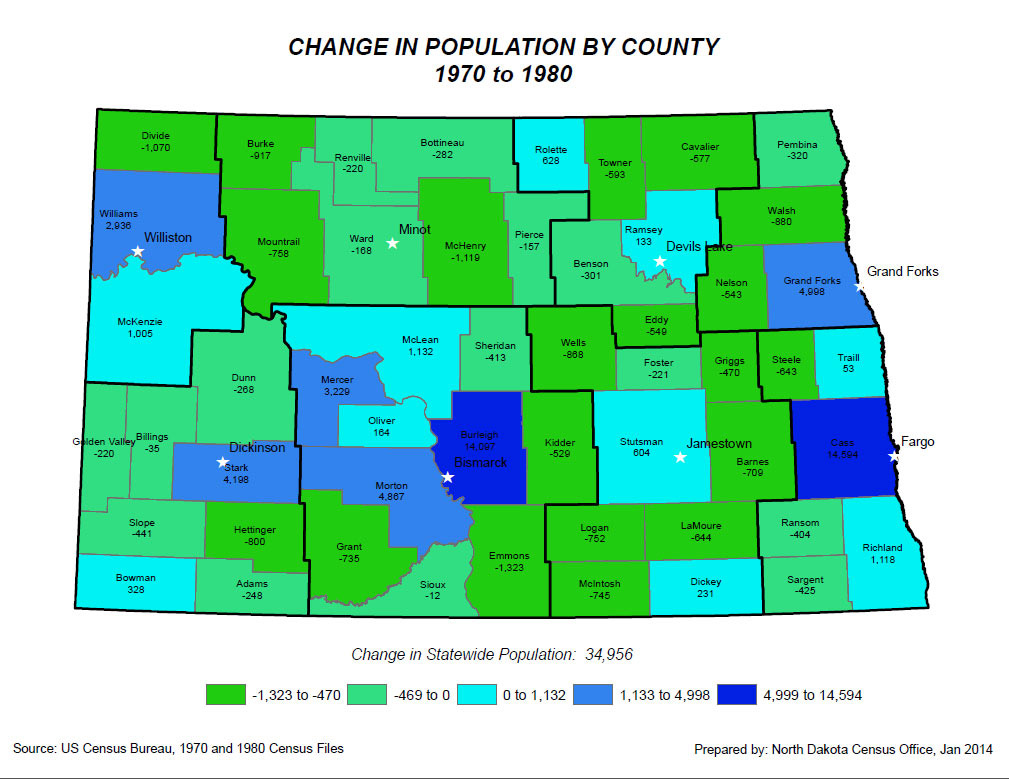 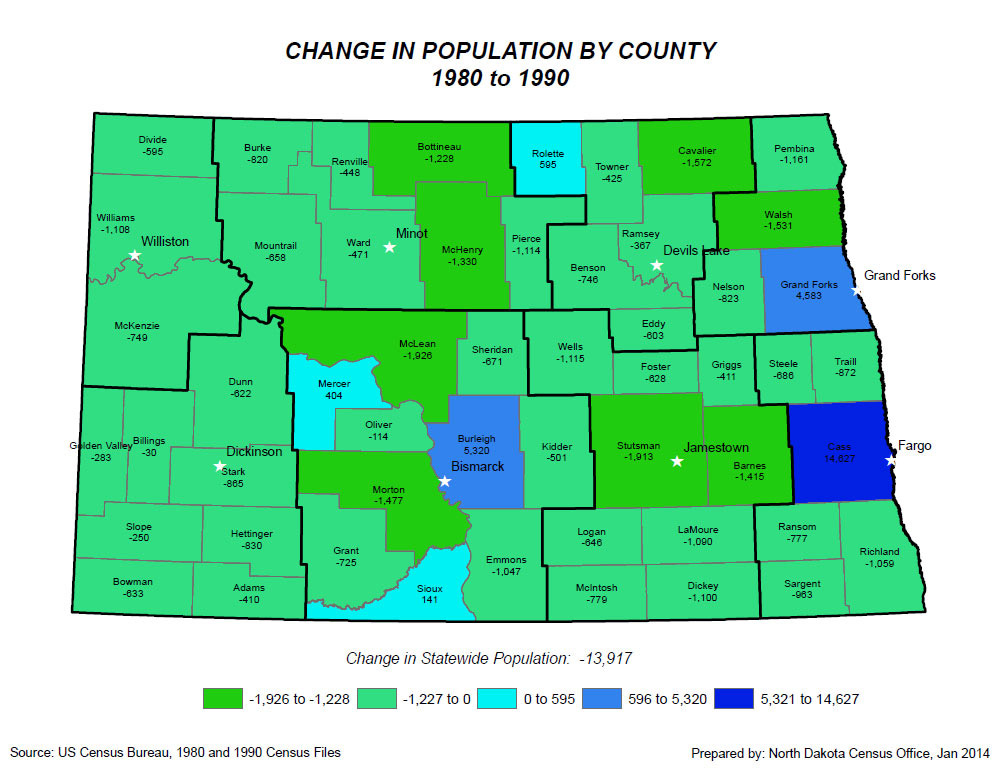 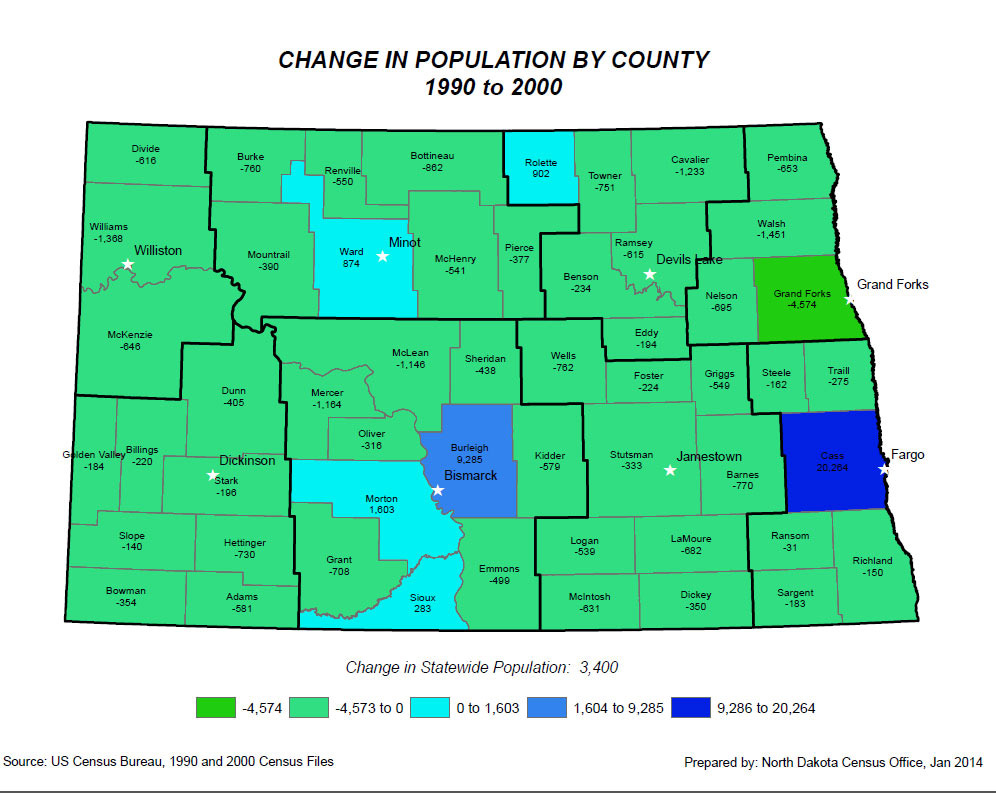 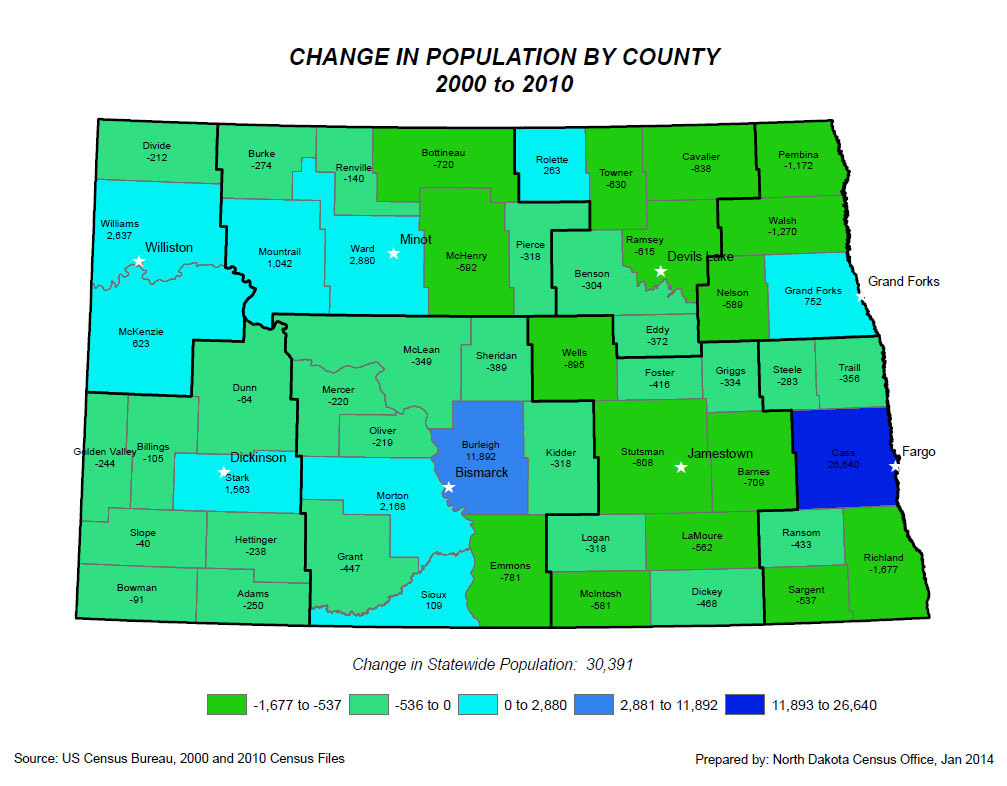 If we take a closer look at the population charts and maps, we can see that population growth and decline do not take place evenly across the state. (See Maps 4, 5, 6, and 7.) Some counties have grown in recent decades, while other counties have lost population. All of the major cities have seen increases in population. Small towns, particularly in the eastern half of the state, have felt the loss of population most keenly.

Why is this important? So many things depend on the size and growth of a city or county population. Schools must have an adequate number of students and an adequate number of tax-paying households in the school district. in order to meet teachers’ salaries and maintain the school buildings. The maintenance of highways also depends on how many cars and trucks use the highways. All government services depend on a reliable population base.

Sudden growth, however, can be difficult, too. Government officials and voters need to decide if the growth is permanent. Then, they have to decide how to spend money to serve the growing population. Growing towns have to expand schools, medical facilities, housing, sewage systems, fresh water systems, streets, and police services. Figuring out how to do all of that all at once is a challenge.

In a little more than a century, North Dakota’s population has gone from boom to bust and back to boom. We know that everything will change again. Information will help us deal with the change.