Elwyn B. Robinson called it the Too Much Mistake. Robinson, a prominent North Dakota historian, wrote that North Dakota had too many towns, too many schools, too many institutions, and too many miles of railroad for the population and economy. However, to the people who built those schools, railroads, and towns, there was never too much of anything. Too often, there was not enough. 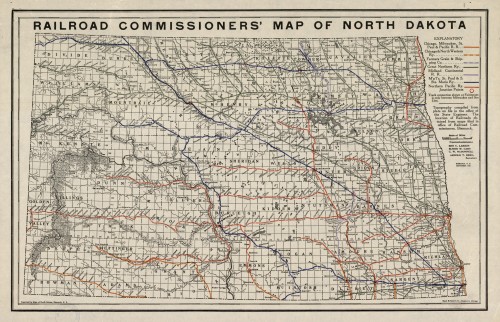 In the 1870s and 1880s, North Dakota seemed like a paradise. The Great Dakota Boom brought thousands of people to the northern plains. Land was cheap and easy to plow. Wheat grew like a weed. The farmers wanted to live near a small town with a grain elevator and a railroad to carry the wheat to market. The railroads platted (planned and organized) many of the towns along their routes. Towns were placed every seven miles along the rail lines--a convenient distance for hauling grain to market. By 1910, the state was pretty well covered with towns and small cities. 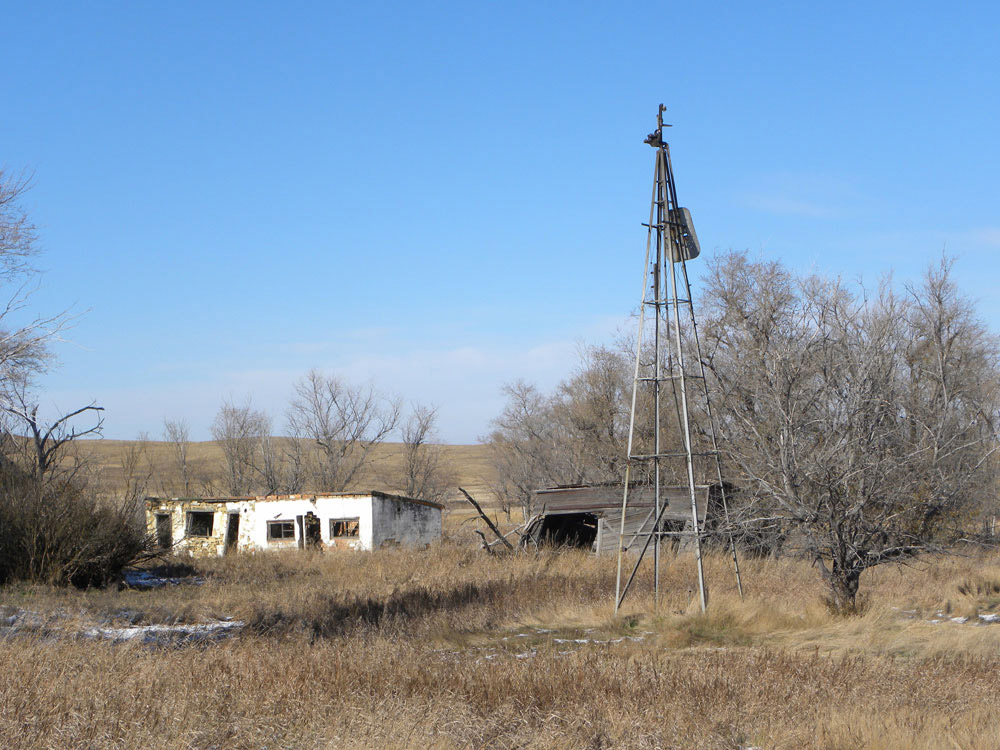 Image 1: As farm prices fell, many farmers who had not saved money, who had poor quality land, or who had borrowed too much money during World War I, sold or abandoned their farms. The farms were often purchased by neighbors who did not live in the farm house, but added the land to their own farms. SHSND 2007-P-018-242. 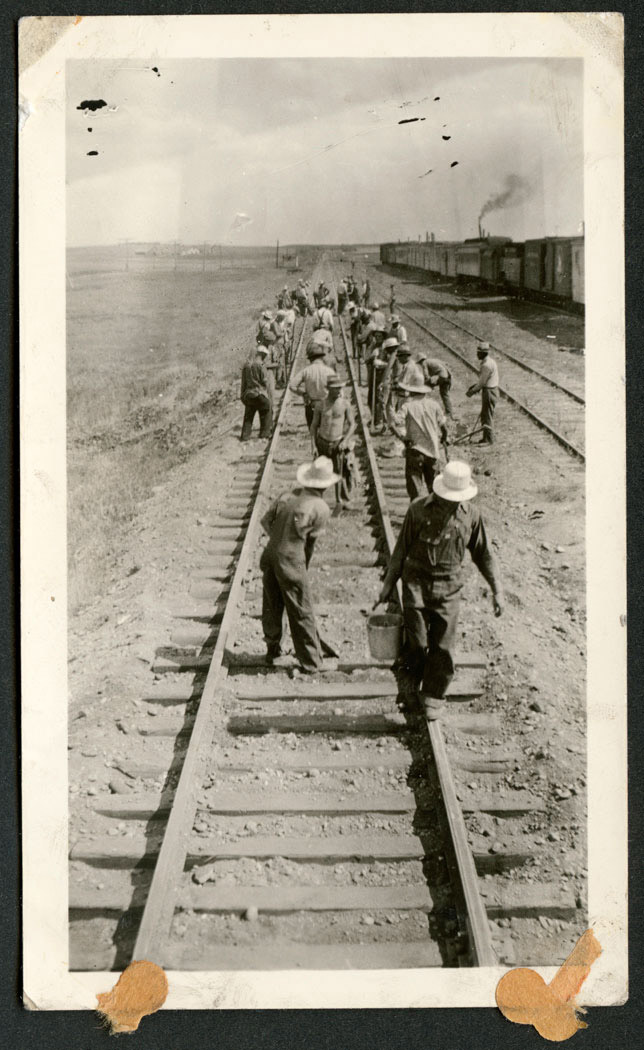 Image 2: Railroads were important for transporting wheat and other crops to markets in St. Paul, Minnesota and Chicago, Illinois. Goods, such as tractors, seed, and furniture were shipped to towns all of North Dakota by rail. Railroads were also important employers. Men were hired to lay track, repair track, operate trains, and load or unload freight. When the rail lines were abandoned, many men lost their jobs. SHSND 2000-P-014-0008.

The largest cities grew, while some of North Dakota’s towns began a slow decline after 1920. There were many important economic factors that led to the abandonment of towns and rail lines. 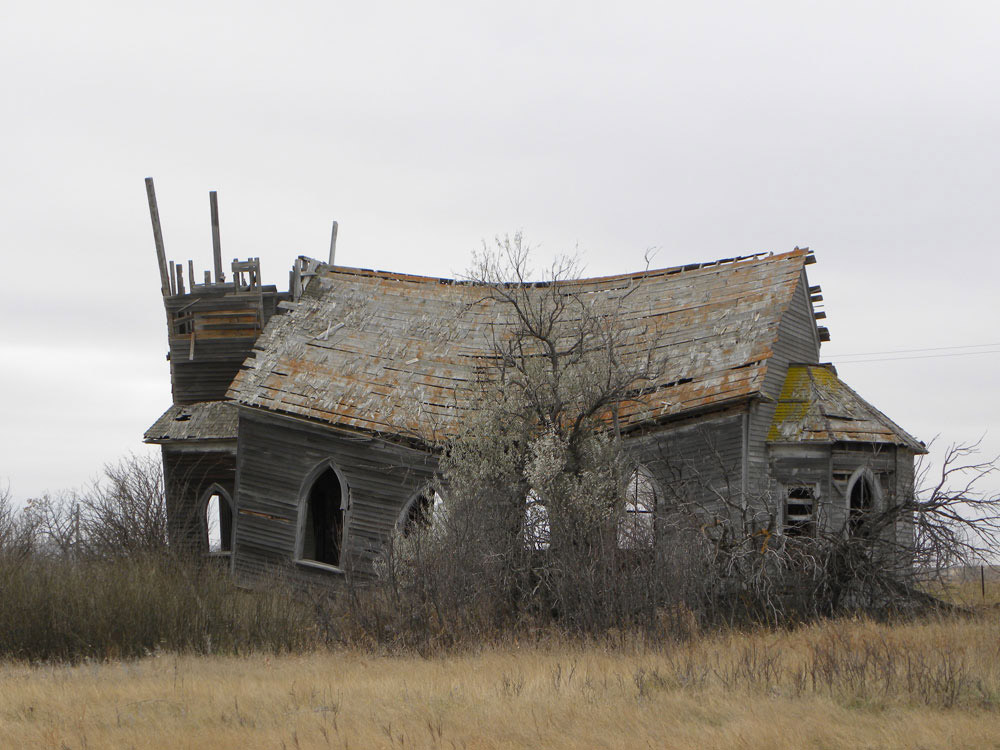 Image 3: When towns failed or farmers sold out, schools, churches, and businesses were affected. Many church congregations had to disband when there were no longer enough people to pay the minister or keep the church building in good repair. SHSND 2007-P-018-245 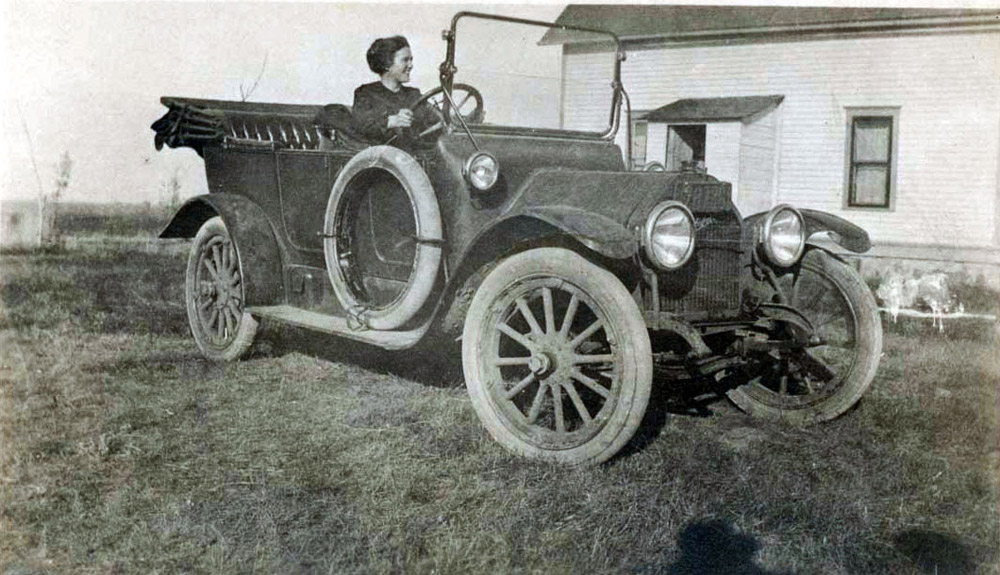 Image 4: Automobiles were wonderful inventions that allowed people to travel great distances in very little time. People could easily drive from small towns to larger market towns in an automobile. Farm women particularly liked cars because they could get to town far more often. Cars, though, contributed to the failure of small towns. SHSND 2004-P-17-001. 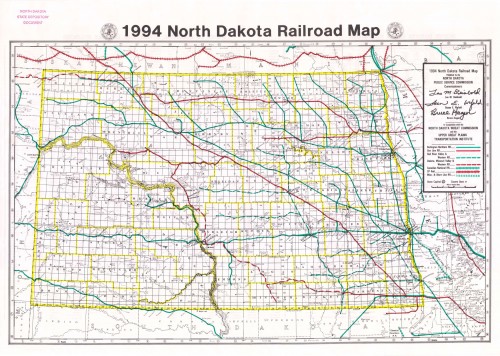 Map 2: This map indicates that many abandoned rail lines were located in the southwest portion of the state. In recent decades, some small rail companies have purchased short stretches of track to connect farm towns to the main rail lines. SHSND PSC 385 N864r 1994.

By 1920, North Dakota had 5,300 miles of railroad. (See Map 1.) Some of those miles were “main line,” but many miles of track were short “spurs” that connected small towns to the main track. The years from 1905 to 1919 were good years for farmers. Crops produced well, and the price of wheat rose to levels farmers had not seen before. During World War I (1914–1918), wheat, beef, pork, corn, and poultry prices were double what they had been before the war. More income allowed farmers to buy more land. Farmers spent their money on new barns, better livestock, and automobiles. Some farmers mortgaged (borrowed money) their land to get the money to buy even more land. Some farm children worked the land instead of going to school.

Then, after the war ended, the crop and livestock prices dropped. North Dakota farmers experienced an economic depression. (See Image 1.) Farmers and their families struggled to pay their bills and stay on the farm. Many farm families had to depend on the sale of eggs and poultry to make ends meet. Farm women increased their poultry flocks to bring in more income.

The railroads, too, felt the impact of the post-war agricultural depression. More than 100 miles of track were abandoned by 1930. Then, things got worse. The Great Depression struck in 1929. Banks closed. Agricultural prices fell again. And then, things got even worse. Drought reduced the harvests between 1932 and 1938.

After 1936, the number of miles of railroad decreased steadily. (See Image 2.) Railroad workers lost their jobs as depots closed and the railroads stopped maintaining spur lines. Grain elevators closed; farmers had to drive farther to sell their crops. (See Map 2.)

Small towns depended on the purchases of farm families. Implement dealers, grain elevators, livestock auctions, stores, schools, and churches needed farmers to spend their money in town. (See Image 3.) As farm income dropped, many businesses had to close. The towns began to fail as people left to look for work in a bigger town.

Between 1900 and 1920, the number of farms in North Dakota increased. However, by 1925, poor prices and debt forced some farmers to sell their land. The number of farms began a slow, steady decline. Today, there are half as many farms as in 1920. The farms are larger, but the number of people each farm supports has decreased.

Today, many small towns that once faced population loss, are now struggling to provide for rapidly growing populations. Oil and gas development have once again brought families to many of North Dakota’s small towns. The boom is beginning all over again.