The Civilian Conservation Corps (CCC) was a program for young unmarried men. Some of these men were still in their teens, but others were in their twenties and unable to find regular work. Many of the CCC boys from North Dakota had grown up on farms, but their labor on the family farm had lost value. The CCC gave them a place to live, a job, education and training, and a paycheck. Of their $30 monthly pay, $25 was sent to their parents. Work on the CCC helped both the young men and their families. 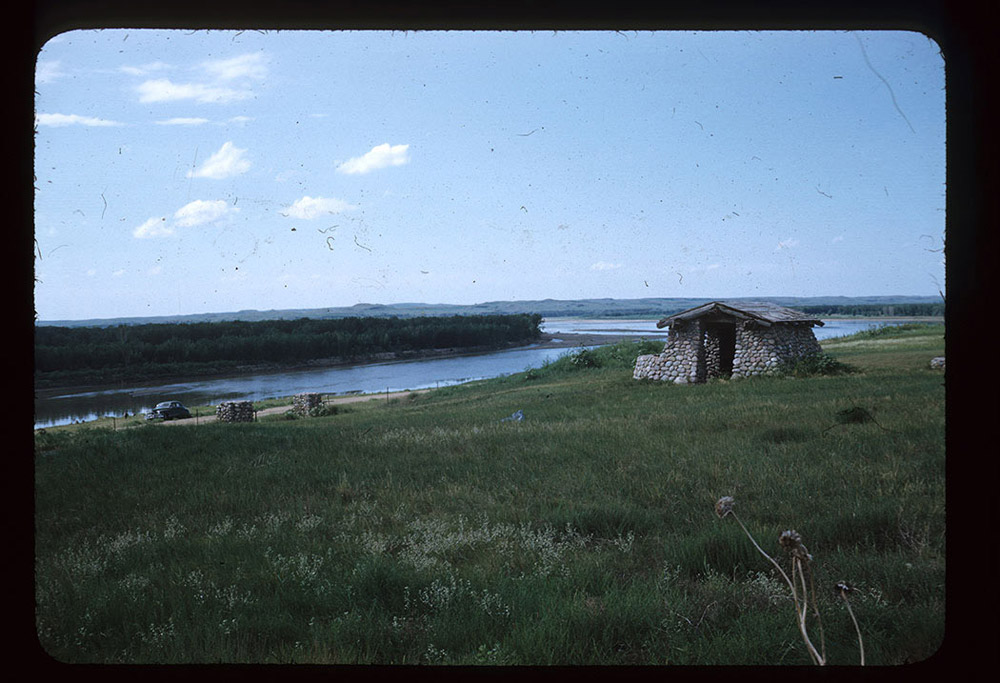 Image 3: One of the entry gates to Double Ditch State Historic Site was built by CCC workers in the 1930s. The shelter was built in the rustic style that made it seem part of the landscape. The shelter protected visitors and displayed signs that explained the history of Double Ditch village, an ancient earthlodge village site. SHSND 2012-P-035-0114

The focus of the CCC was outdoor work on parks, forests, and historic sites. (See Image 3.) In North Dakota, the CCCs (as the workers were known) built structures at Fort Abraham Lincoln State Park, Roosevelt Recreation Demonstration Area which later became Roosevelt Regional State Park (Theodore Roosevelt National Memorial Park today), Long Lake National Wildlife Refuge, and the Peace Garden. Some members of the CCC were sent to Arkansas, Idaho, and other states to work on projects. Boys who enlisted in the CCC could be sent anywhere in the United States. 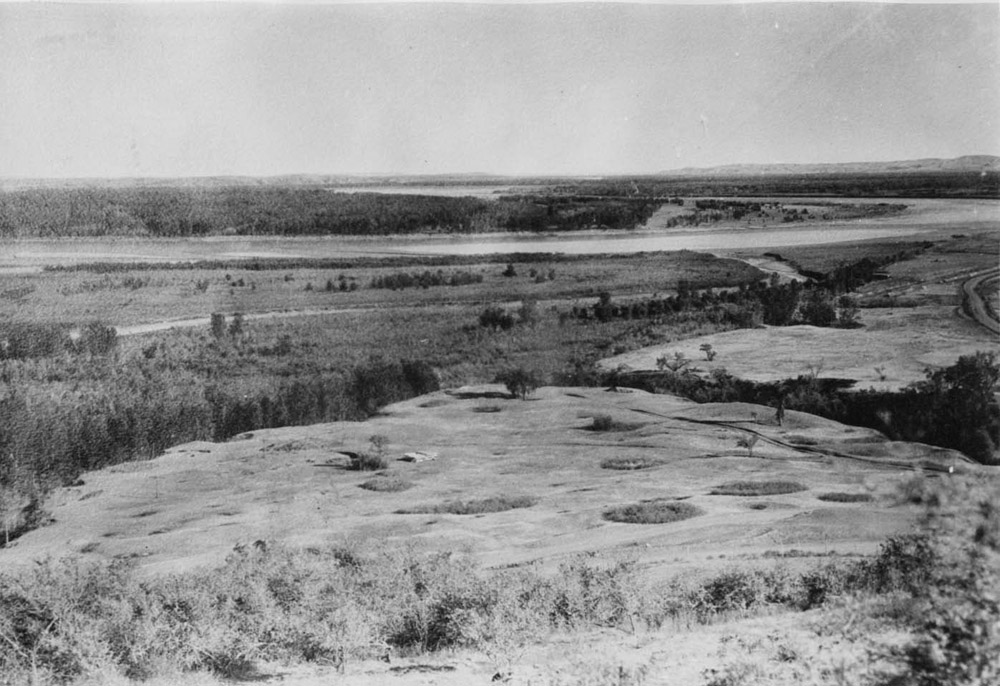 Image 4: Fort Abraham Lincoln State Park had no structures before the CCC boys began preparing the park for visitors. The CCCs built the visitor center, a replica of the fort’s blockhouse, and identified the location of fort buildings. The CCCs also reconstructed some of the earthlodges at On-A-Slant village. This photograph shows the site of On-A-Slant village. The grassy circles are the depressions left by the earthlodges. SHSND C1848-3

Fort Abraham Lincoln, south of Mandan, was abandoned by the U. S. Army in 1891. Though nothing remained of fort structures in 1930, its historic significance as a military post was widely recognized. North Dakota decided to make it into a state park with the help of the CCC. CCC workers built the visitor center, picnic shelters, and roads. They located the position of the fort’s buildings and marked the corners. The CCCs rebuilt the earthlodges of On-a-Slant village. (See Image 4.)

Theodore Roosevelt State Park was another historic and scenic area the CCCs worked on. The state asked the CCC to develop roads, picnic shelters, and others structures at the South Unit and North Unit of the park. (See Image 5.) The beautiful River Bend Overlook shelter is a typical CCC structure.When the CCC and WPA built shelters and cabins in North Dakota’s state parks, they followed the architectural principles of the National Park Service. In the 1920s and 1930s, the National Park Service tried to build structures in a style that matched the history or the environment of the place. By the time the CCC was organized to work in parks, the National Park Service architecture had become fairly standard. The buildings were to be “non-intrusive,” but built with careful attention to hand-crafted details. The CCC built in a rustic style that suited the principles of non-intrusive and hand-crafted. Like many other parks, North Dakota’s CCC structures are often constructed from stone and log obtained locally. The CCC boys learned the art of masonry construction as they built these buildings. Three companies of CCC workers (200 men to a company) labored at Theodore Roosevelt State Park from 1934 to 1939. 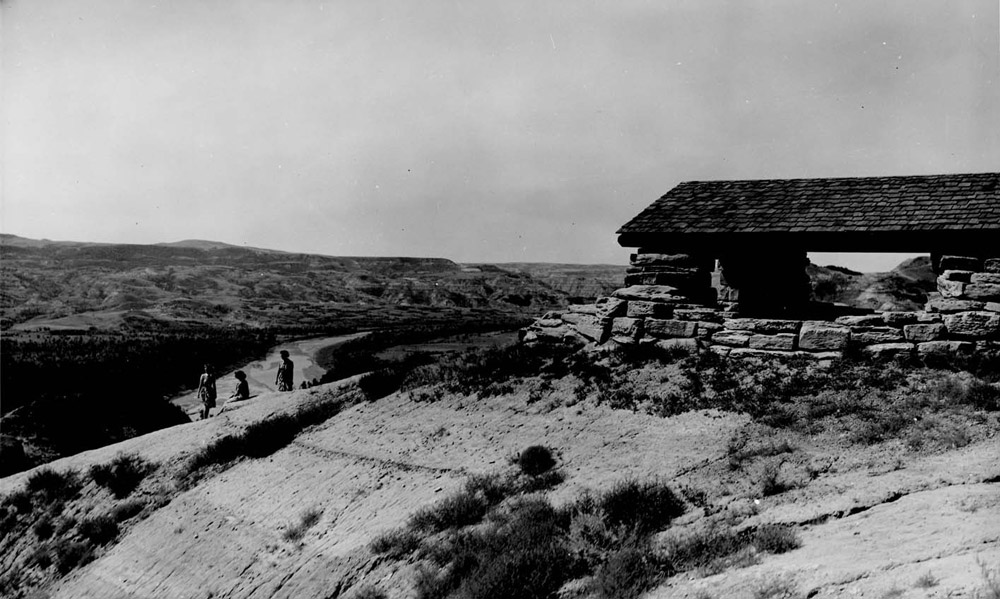 Image 5: The shelter at River Bend Overlook in the North Unit of Theodore National Park was built by CCC workers in the 1930s. The shelter still stands today for visitors who want to enjoy the view and a cool spot on a summer day. SHSND C1232

The CCC built structures at National Wildlife Refuges. Long Lake National Wildlife Refuge (near Moffit) shelters waterfowl during the breeding and migration seasons. CCC workers modified the natural lake with dams and water control systems, duck islands, and dikes to maintain water levels and nesting sites for waterfowl. The CCC also built office buildings, but there are no campgrounds on the site. 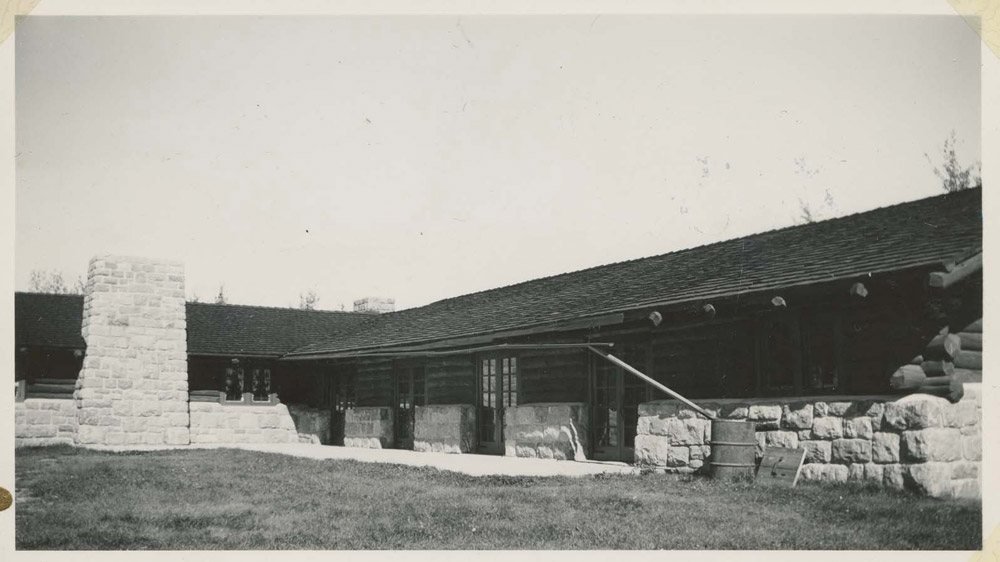 Image 6: The American Lodge in the International Peace Garden was constructed by the CCC in the 1930s. The CCC workers also cleared brush and built lakes in the Peace Garden. This lodge is large, but it has the same non-intrusive, rustic style as other CCC structures. SHSND 10648-file2-03

The Peace Garden benefitted from the work of CCC boys. The Peace Garden was dedicated in 1932, two years before the CCC program was developed. In 1934, a CCC company built The Lodge, fenced the American side, cleared brush, and built lagoons and Lake Udall. (See Image 6.)

The CCC was racially segregated as were most American institutions in the 1930s. The Indian Emergency Conservation Work program was created to provide jobs for American Indian men. Very soon the name was changed to the Indian-CCC. Most of their work was on reservations.

The drought of the 1930s made the Standing Rock reservation even harsher and drier than it usually was. Small holding dams on creeks provided water for livestock and household use. Indian CCC companies built irrigation projects and erosion control projects. Where reservation lands were located near the Missouri River, CCC companies planted trees. The irrigation projects supplied water to small family gardens which helped many Lakota families survive the hard years of the Great Depression.

Why is this important? Farms, railroads, and highways had been present on the landscape of North Dakota for decades before the works programs of the 1930s, but in a period of seven years, the CCC added dams, parks, and wildlife refuges to the state to enhance the state’s natural beauty. New roads and campgrounds led North Dakota residents and tourists to special places. Eighty years after those dams, shelters, and parks were constructed, we still enjoy the work of the Civilian Conservation Corps.