“Make work” programs. That is what people called the various work programs of Roosevelt’s New Deal. There was a lot of criticism of the Civilian Conservation Corps and the Works Progress Administration (WPA). Some people thought the men did not have to work very hard for their wages. 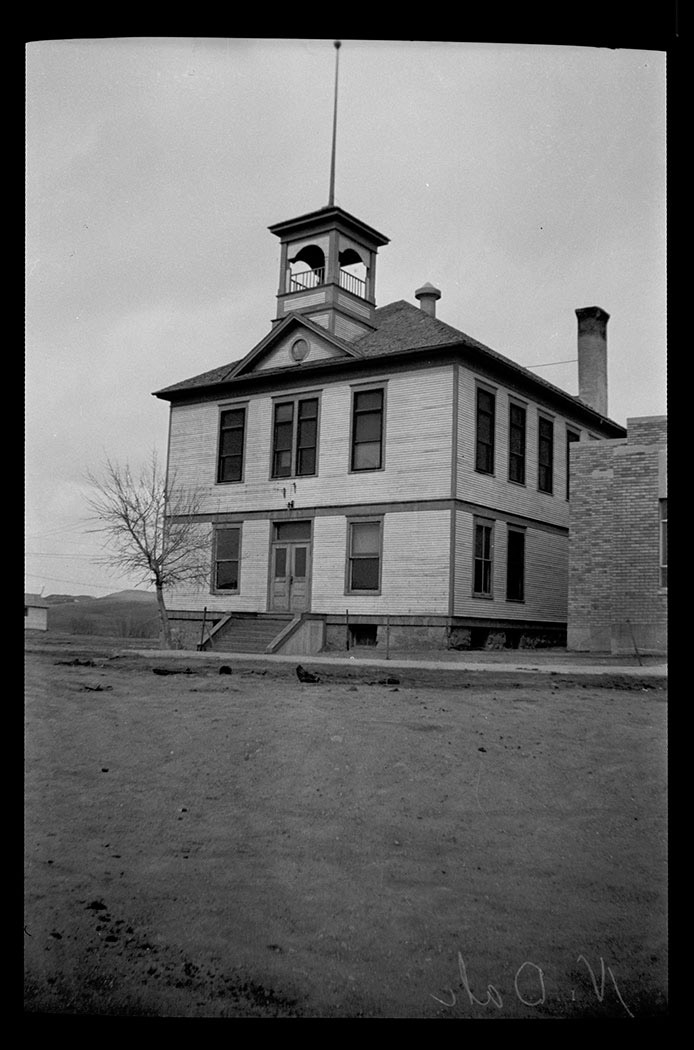 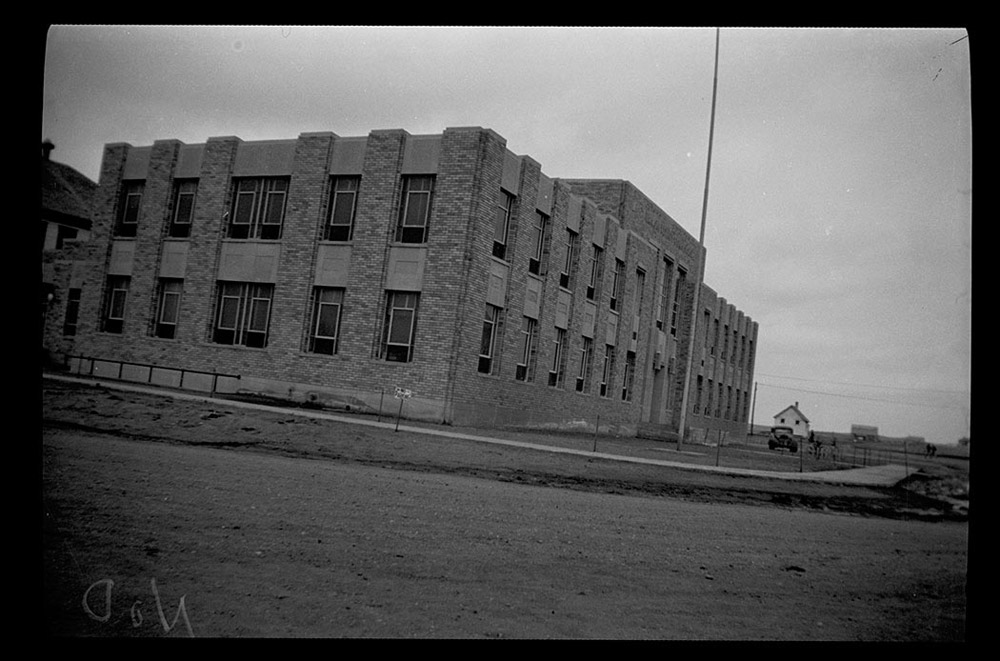 However, the record of achievement of the WPA in North Dakota is quite remarkable. The first project to be funded was the Emmons County Courthouse which was built in 1934 in the Art Deco style. (See Image 7.) It was one of seven North Dakota courthouses built by the WPA. The Emmons County courthouse is still in use today and is listed on the National Register of Historic Places. 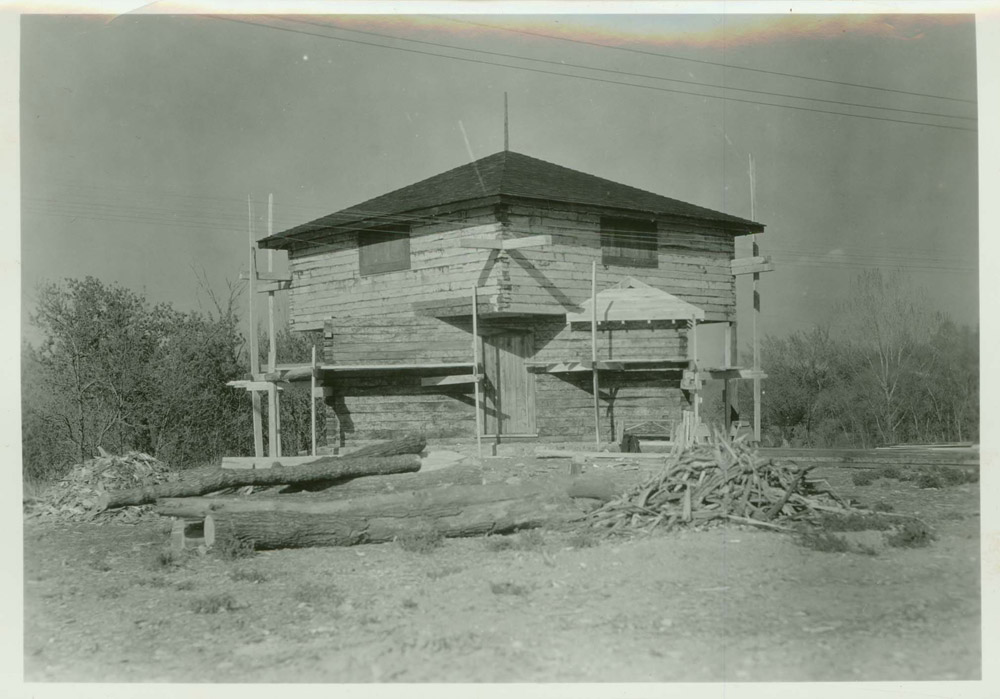 Image 8: WPA workers built a replica of Fort Abercrombie (south of Fargo). This blockhouse is one of three the project constructed along with a stockade fence. Fort Abercrombie is a state historic site. SHSND 00200-5X7-0863

The City of Wishek benefited from several WPA projects. The city park, community swimming pool, Wishek Civic Center, and many of the sidewalks in town were all built by WPA workers. The civic center was built from native rock. Workers found the rocks outside of town and brought them to the building site where they were sorted by color. Each rock was chiseled by hand and laid into the wall. The rocks were held in place with concrete.

The state Capitol was built during the early years of the New Deal. Though it was not a WPA project, unskilled laborers were employed by the WPA to work on the construction site.

Thousands of years after people first camped at the junction of Spring Creek and Murphy Creek in Dunn County, the WPA placed a dam where the two creeks came together. The dam was built by local WPA workers to form Lake Ilo. Workers constructed a recreation area with restrooms and picnic areas on the lake shore. In 1939, Lake Ilo became a National Wildlife Refuge, a breeding and resting place for migratory birds and other wildlife. The lake is also a popular fishing lake. When the dam needed repairs in the 1980s, the water level was lowered. During the repair process, archeologists discovered evidence of the ancient camps. The Lake Ilo archeological site had been protected by the lake behind the WPA dam. 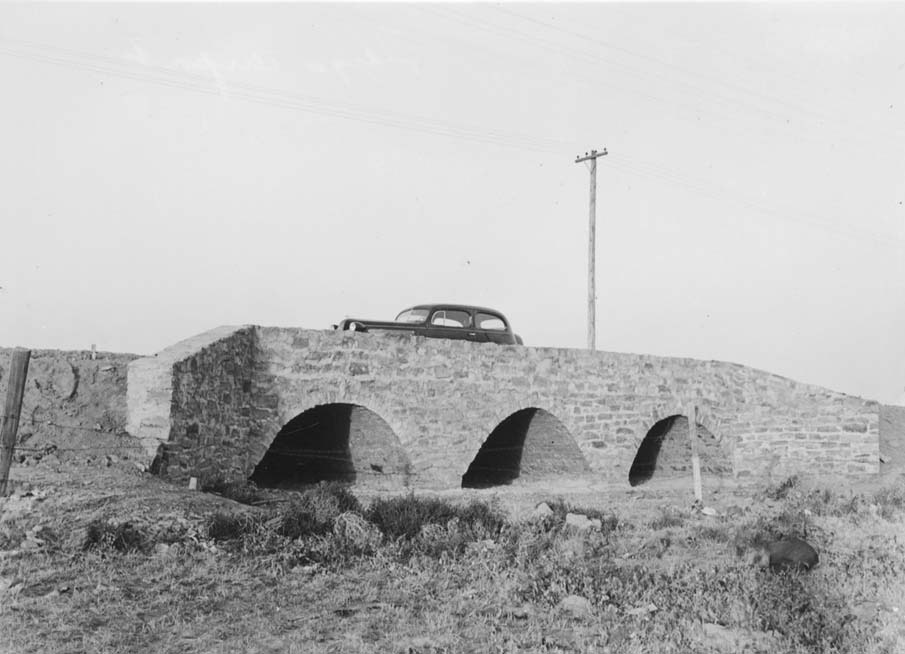 Image 9: WPA projects were often smaller that CCC projects. The WPA hired men locally to work on a project. This bridge (location unknown) was probably built by men who lived nearby. The WPA completed many projects that made auto travel in North Dakota much easier and safer. SHSND 0075-0311 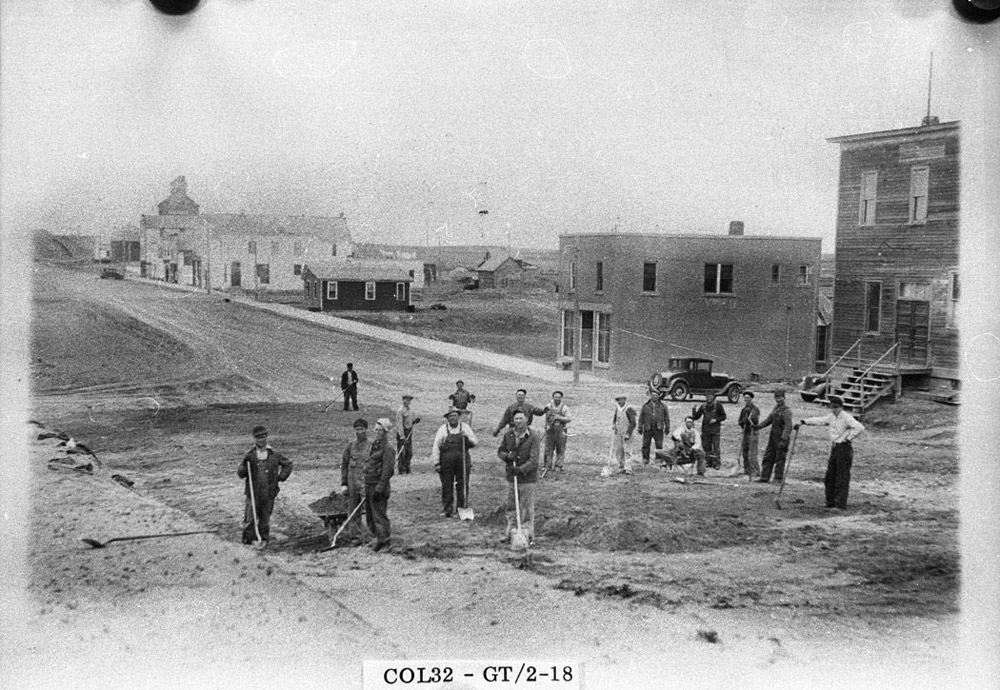 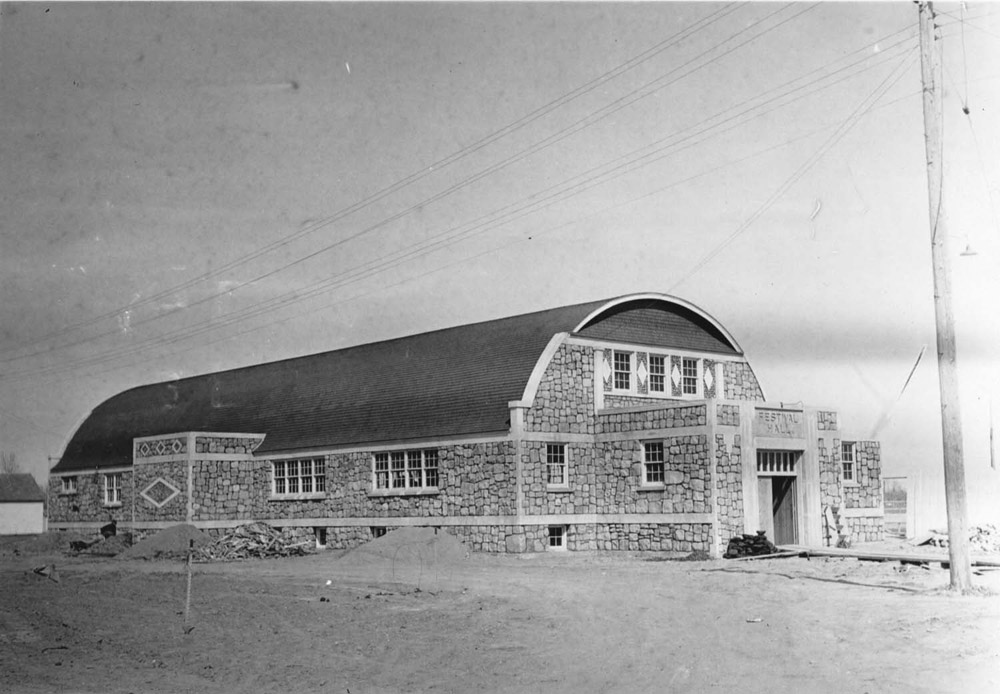 Image 11: Most WPA projects involved public buildings or roads. WPA workers built city halls, courthouses, and structures at fairgrounds. Most of the buildings had, like this auditorium at Fessenden (Wells County Fairgrounds) many uses and many are still being used. SHSND 0075-0293

The WPA also built dams, roads, and bridges. (See Image 9.) WPA projects contributed to the building of paved roads that improved transportation in the state. (See Image 10.) Many WPA projects were local. Workers were hired locally and may have worked only on one project. Therefore, the projects tended to be smaller than CCC projects. However, with WPA engineers and architects and federal funds to pay laborers, many towns in North Dakota were able to add public buildings for public events, city offices, schools, and fair grounds. (See Image 11.)

Why is this important? Following World War I, prices for farm products fell sharply. Throughout the 1920s and 1930s, small towns were unable to grow to meet the needs of the community. There were few jobs even in the larger cities. Public (state and county governments) and private (Red Cross and churches) welfare systems were stretched to the limit. Farmers had a hard time making a living and often could not pay their taxes. The WPA provided jobs and put much-needed money into small towns. Town and county governments were able to use WPA projects to meet modern requirements for roads and public buildings to take care of the growing business of local government. Though critics condemned the WPA and other programs as ineffective and wasteful, many North Dakota farmers were able to keep their families fed through occasional work with the WPA.

Many WPA buildings and bridges have a stamp of the symbol of the WPA in a cement cornerstone. You may find those symbols on local structures today.