Section 4: The Flag of North Dakota

The flag carried by the First North Dakota Volunteers to war in the Philippines had a blue background. In the center was an eagle holding an olive branch in one claw and several arrows in the other. Above the eagle’s head were 13 stars. In its beak, the eagle carried a banner with E Pluribus Unum written on it. (See Image 14) 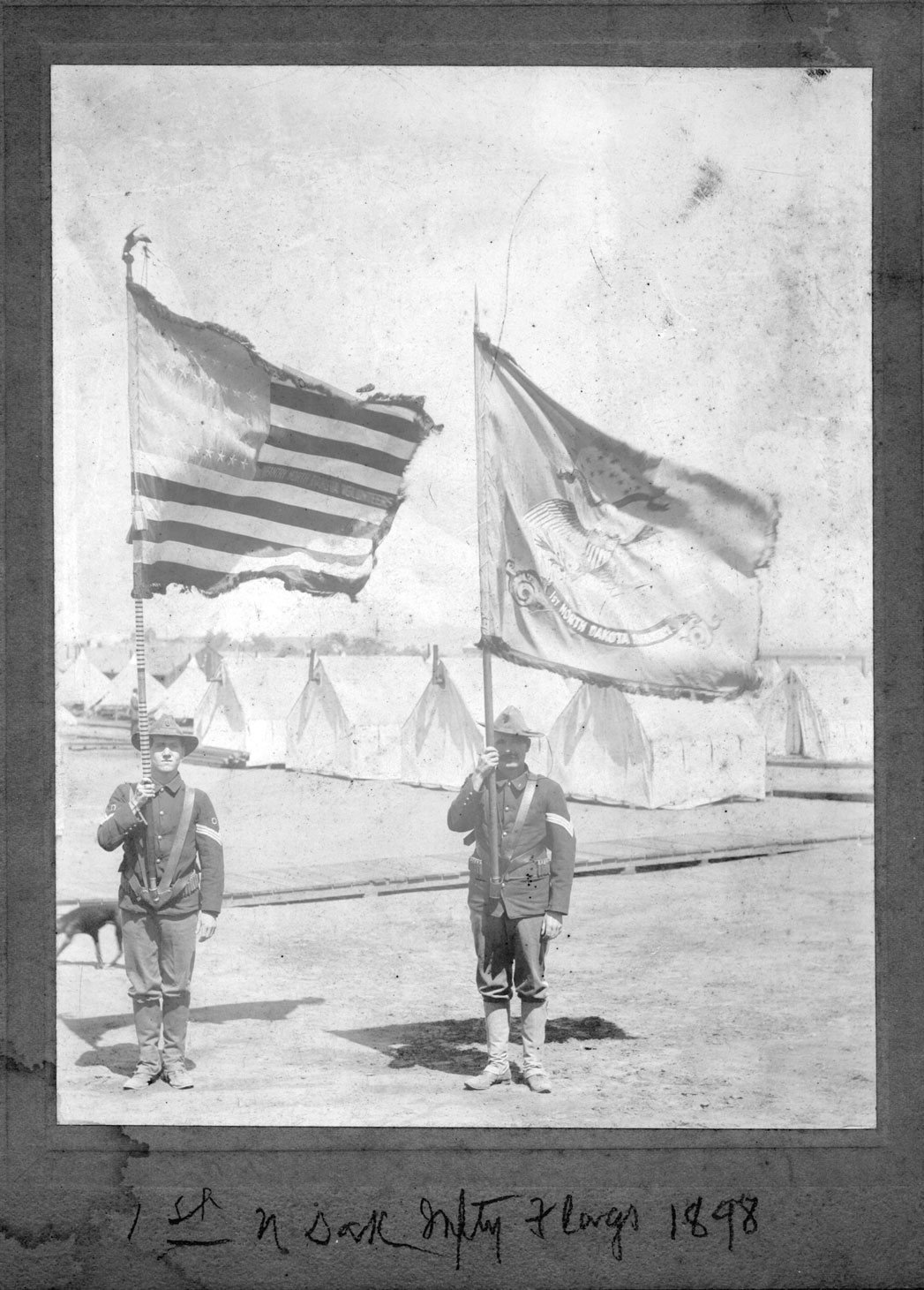 On March 3, 1911, the legislature passed this bill. Governor Burke signed the bill and it became law.

Why is this important? Before the legislation of 1911, North Dakota did not have an official flag. North Dakota was proud of its contributions to the success of the United States in the Spanish American War. The design the 1911 legislature approved carried the history of North Dakota’s first military effort in support of the nation in its design.