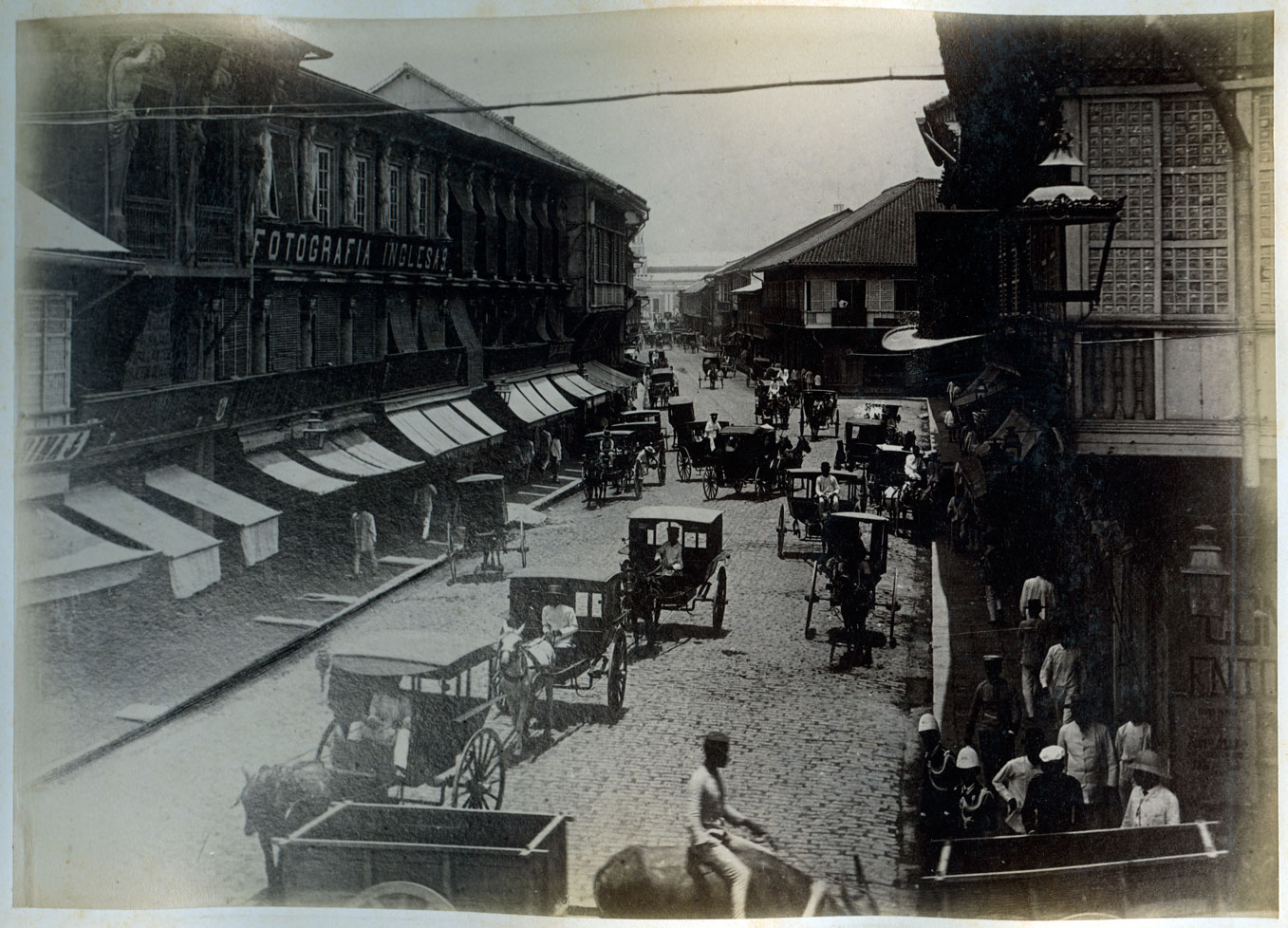 Image 1: When the soldiers arrived in Manila, they found a large city which was in some ways very modern. The paved streets were lined with shops and businesses. SHSND 10169-76. 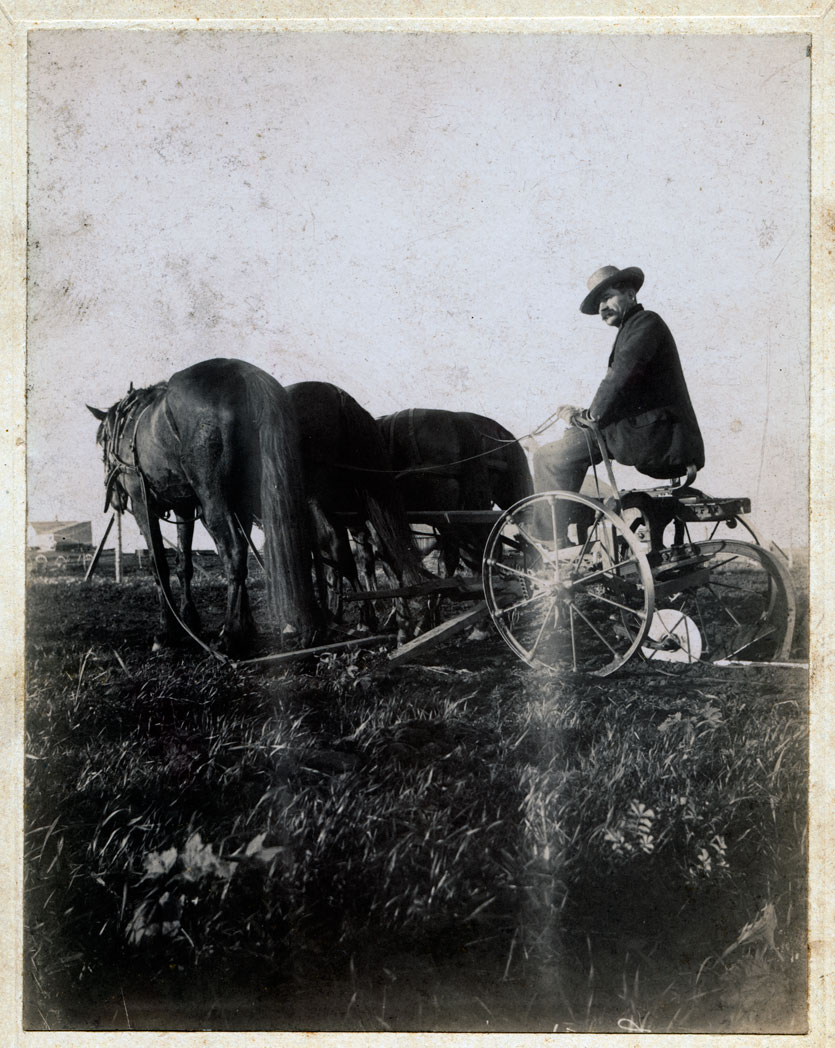 Image 2: Frank White was an engineer in civilian life. He held the rank of Major in the National Guard in 1898 when he led the North Dakota Volunteers military expedition to the Philippines. SHSND 0113-0162. 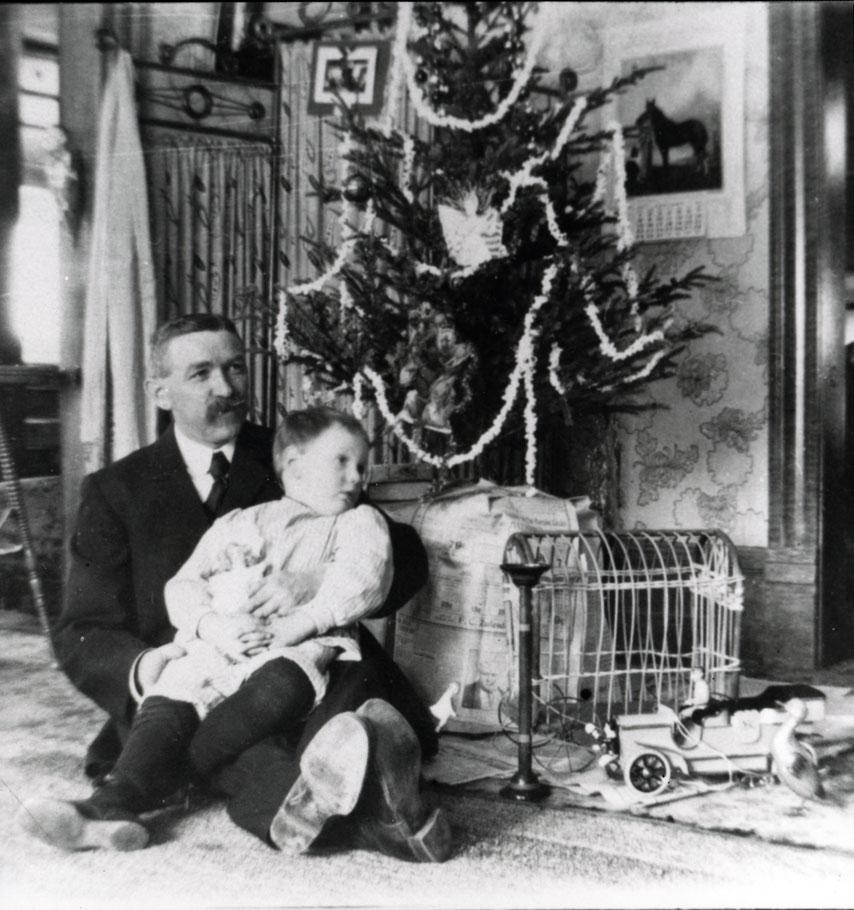 Image 3: William C. Treumann, was a colonel of the First North Dakota Volunteers. Like other volunteers and members of the National Guard, Treumann was a civilian and devoted father who gave his time to the Guard in peacetime and in war. SHSND 0803-0007-01.

Document 1: The Bismarck Tribune announced the assembly of North Dakota’s National Guard troops in Fargo on May 6, 1898. Eight companies of the First North Dakota Volunteers left for the Philippines on May 31. During the weeks between May 6 and May 31, more volunteers signed up for duty. The troops drilled and prepared for the long voyage (more than 30 days at sea) and for war. Bismarck Tribune May 6, 1898.

North Dakota’s troops were sent to the Philippines. They arrived during a typhoon on July 31. On August 13, the soldiers participated in a battle to capture Manila, the capital city, from the Spanish. The First North Dakota Volunteers (NDV), (See Image 4) as the troops were known, were then assigned to protect the city of Manila from marauding revolutionaries.Philippine natives had been trying to throw off Spanish rulers for several decades. When the U.S. entered the Phillipines in the war against Spain, the revolutionaries saw an opportunity to take control. They were led by Emilio Aguinaldo, who sought independence for his homeland. The United States viewed the Filipino revolutionaries as “insurgents.” North Dakota’s soldiers were successful in protecting the city at every point they commanded, but Filipino troops entered the city through un-guarded places. (See Image 5)  The First North Dakota was on constant alert for the next six weeks.  The Filipino troops fought guerilla style and captured some American soldiers and sailors. (See Image 6) 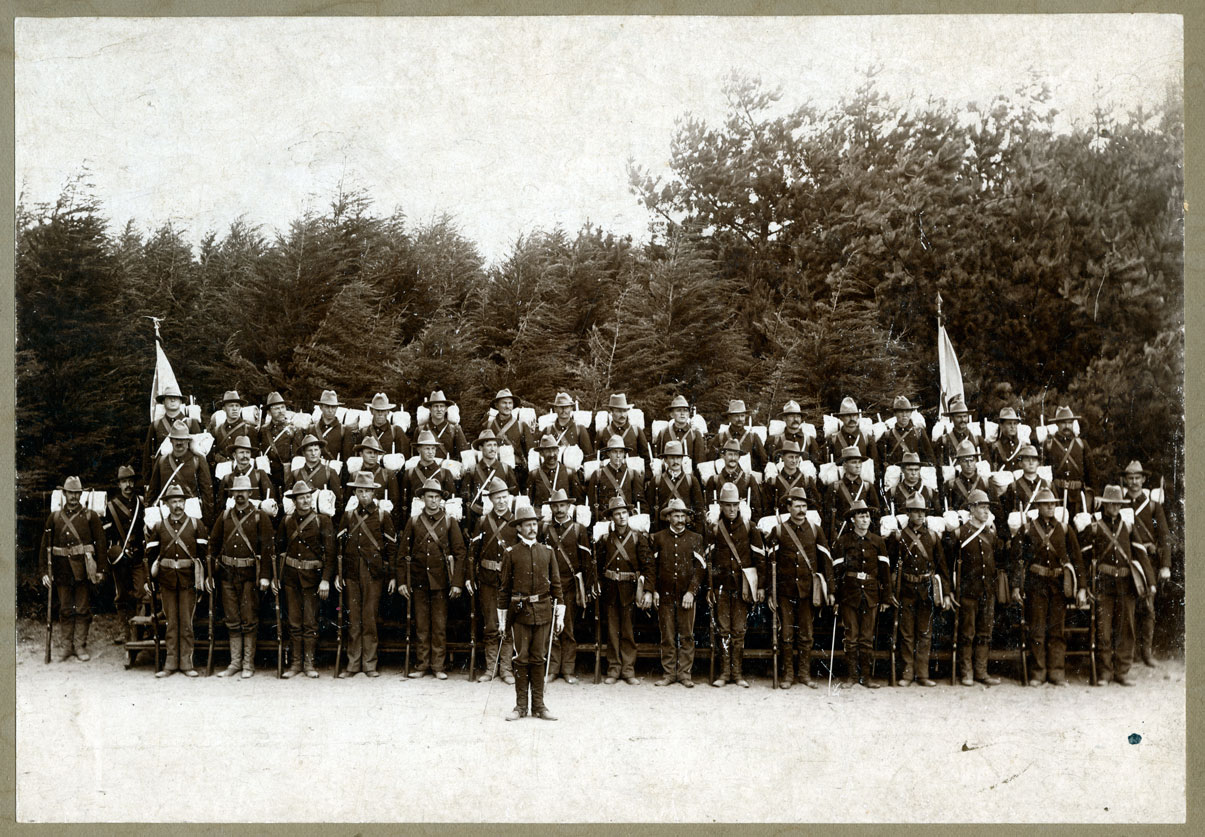 Image 4: Company A, of the First North Dakota Volunteers posed for a formal portrait during their war service. Company A was one of eight companies accepted for service from North Dakota. Each company served in a different capacity. The First North Dakota received a commendation from the Army Surgeon who stated that “the regiment especially distinguished itself both in the rapidity and thoroughness of its work in the advance, and in the hard work done by every man when in the rear with the bull teams.” SHSND 10169-353. 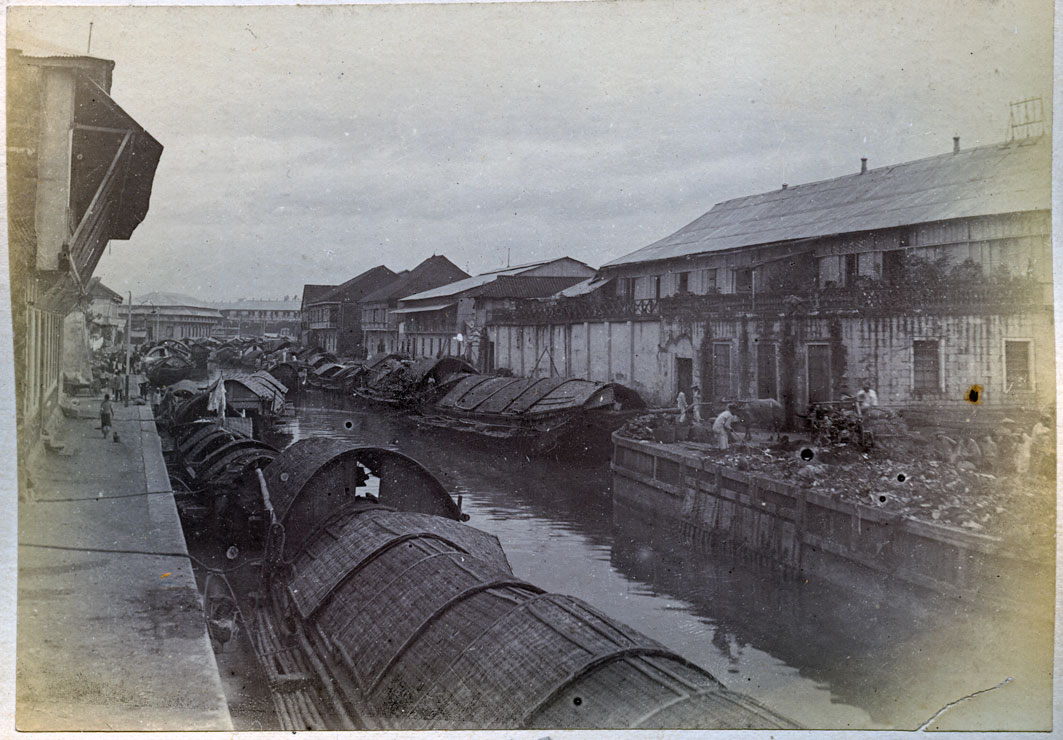 Image 5: The Philippine Islands are located in a very wet climate. There are many rivers, bays, and waterways to negotiate. Natives used these “cascos” or small boats with thatched roofs to move about on water. Many U.S. troops were moved about the islands on cascos. SHSND 10169-343. 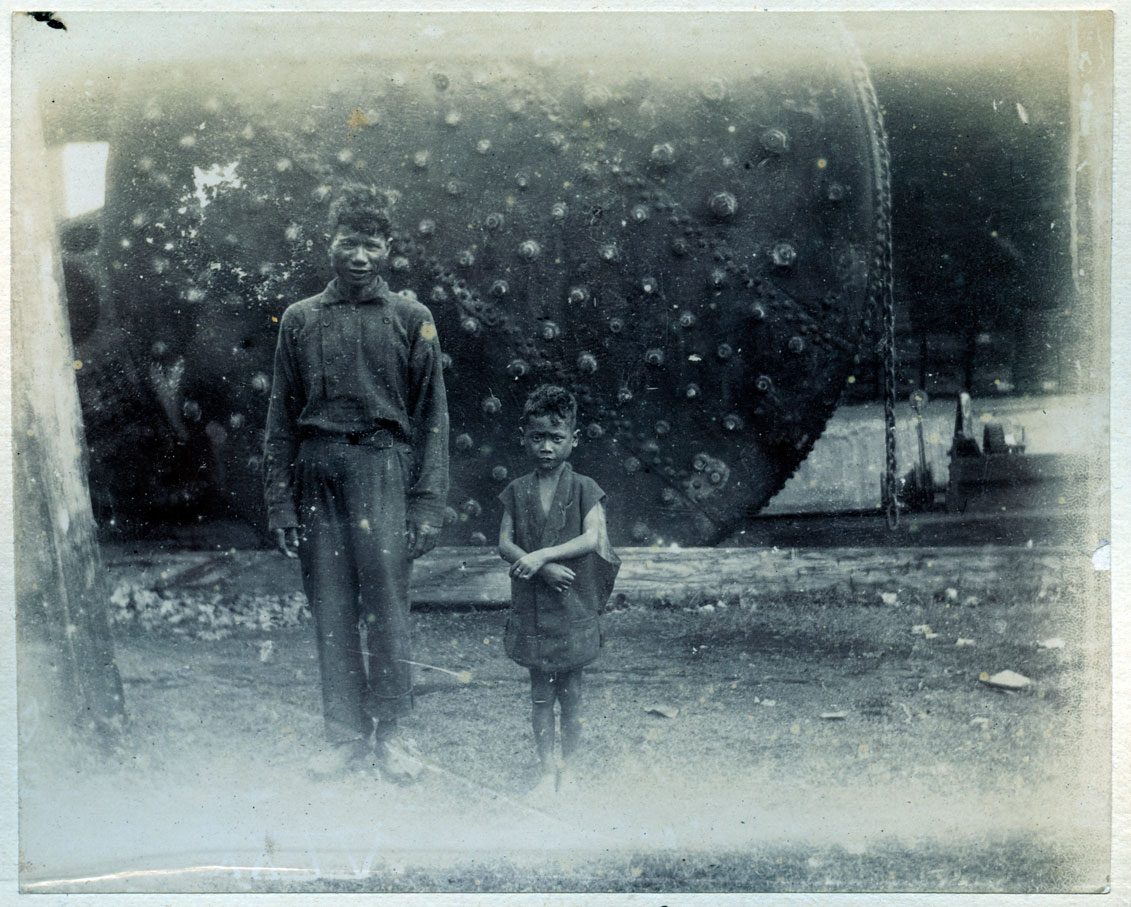 Image 6: This Filipino man poses with his son for a soldier’s camera. At the time of the war with Spain, Filipino revolutionaries were trying to establish an independent nation. They fought U. S. soldiers after the Spanish American war ended. Philippine revolutionaries were called insurgents because they resisted U. S. control of their country. SHSND 10169-263.

U.S. soldiers engaged Filipinos who were attacking Manila on February 4, 1899. The first battalion NDV, led by Major Frank White (who later became North Dakota Governor White), manned a protective line around the south side of the city. (See Image 7) Later, following orders, North Dakota troops attacked Filipino insurgents who were fighting from trenches outside the city. (See Image 8) With few injuries, the North Dakota troops forced the Filipinos to give up their positions on the south side of Manila. 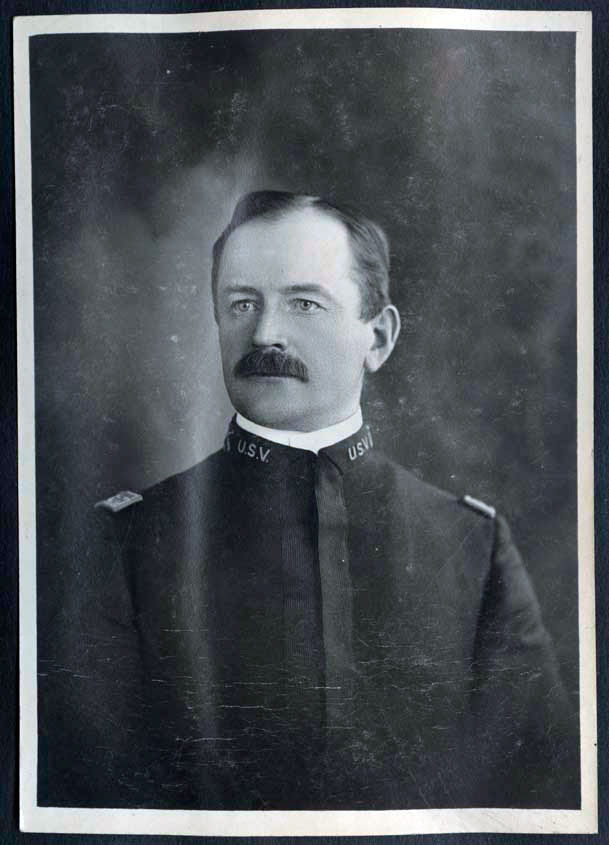 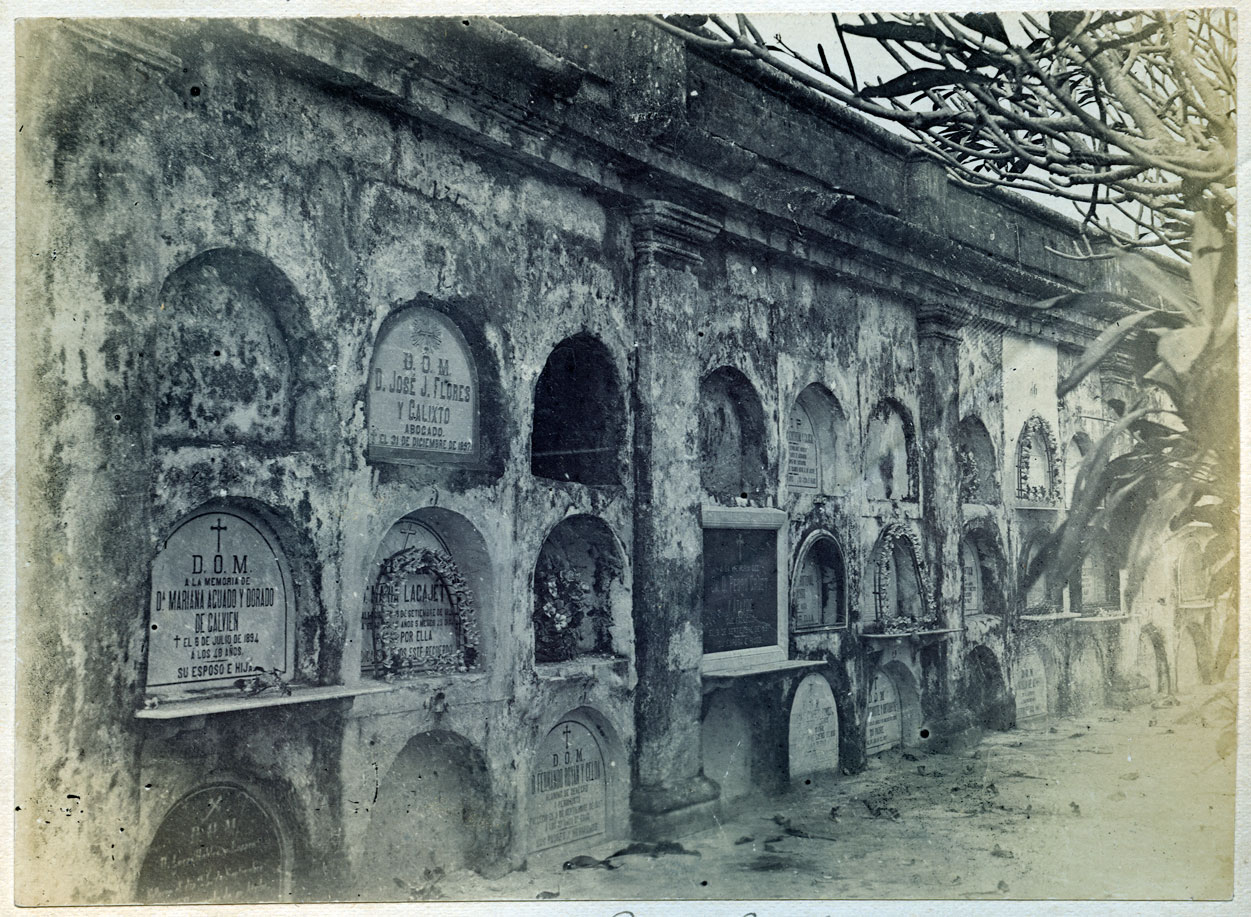 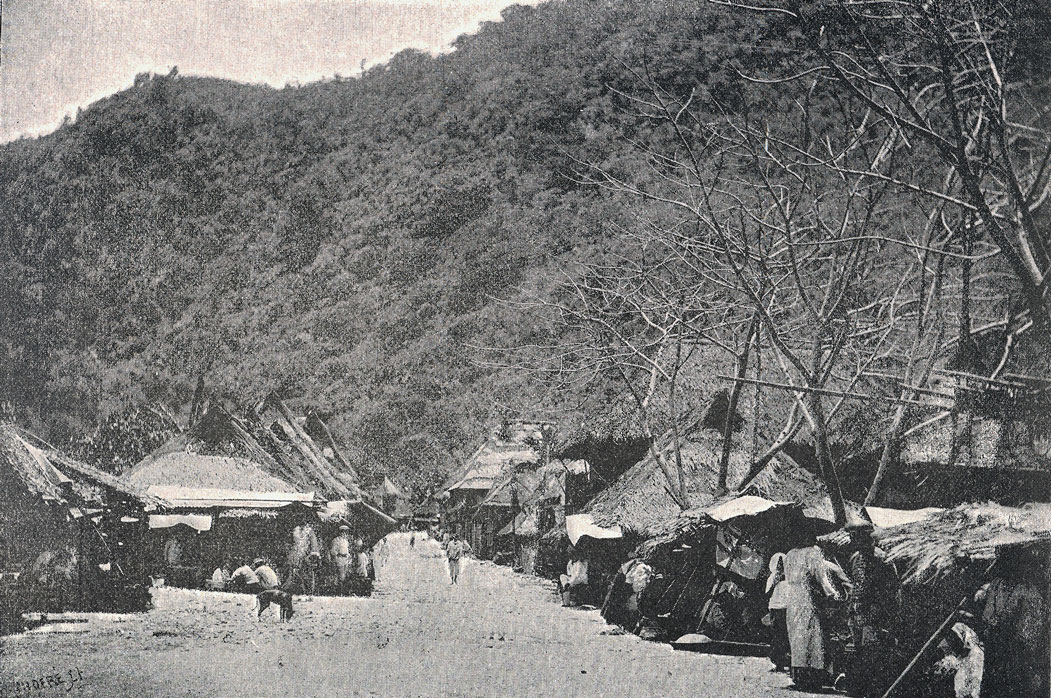 Image 9: At this little village, the First North Dakota fought an intense battle. During the battle, several men died. In defending his fellow soldiers, Thomas Sletteland of Grafton earned the Medal of Honor. From: G. W. Peters, Picturesque Manila. (Sept 1898) in SHSND Mss 10340

North Dakota soldiers fought in battles and many skirmishes. In battle at Paete, five North Dakota soldiers were killed in action. (See Image 9) Private Thomas Sletteland was with four of those men when they were killed in combat. SlettelandThomas Sletteland was born in Norway and immigrated to North Dakota. He was living at Grafton, working as a laborer, when he enlisted to serve in the Spanish American War. He was 27 years old. The enlistment was for two years or for as long as the war lasted. After four men in his group were killed, he alone prevented the Filipino insurgents from overrunning his position to take rifles from the men who had been killed. Sletteland modestly refused a promotion to corporal and suggested to his commanding officer that there were other men in the unit who were qualified for that promotion.
Sletteland received the Medal of Honor in 1902. The Medal of Honor citation reads: The President of the United States of America, in the name of Congress, takes pleasure in presenting the Medal of Honor to Private Thomas Sletteland, United States Army, for most distinguished gallantry on 12 April 1899, while serving with Company C, 1st North Dakota Volunteer Infantry, in action at Paete, Luzon, Philippine Islands. Single-handed and alone, Private Sletteland defended his dead and wounded comrades against a greatly superior force of the enemy. won a Congressional Medal of Honor for his actions that day.

The North Dakota troops marched and fought in the terrific heat and humidity of the Philippine summer. Their gear was transported by water buffalo (carabao in the Philippine dialect) pulling two-wheeled carts. There were no roads.  On steep slopes, the carts and the water buffalo were lowered down the sides with ropes guided by soldiers and hauled up with ropes on the other side.  When the carabao died, the soldiers pulled the carts. Under these conditions, the First North Dakota performed well, earning the admiration of the regular Army officers. General Lawton, head of the American forces in Luzon wrote:

Every service—even to the use of pick and shovel—was performed by each, from the Colonel down to the private, with the same commendable earnestness that has given this regiment its reputation for cheerful and effective accomplishment of any task set it. 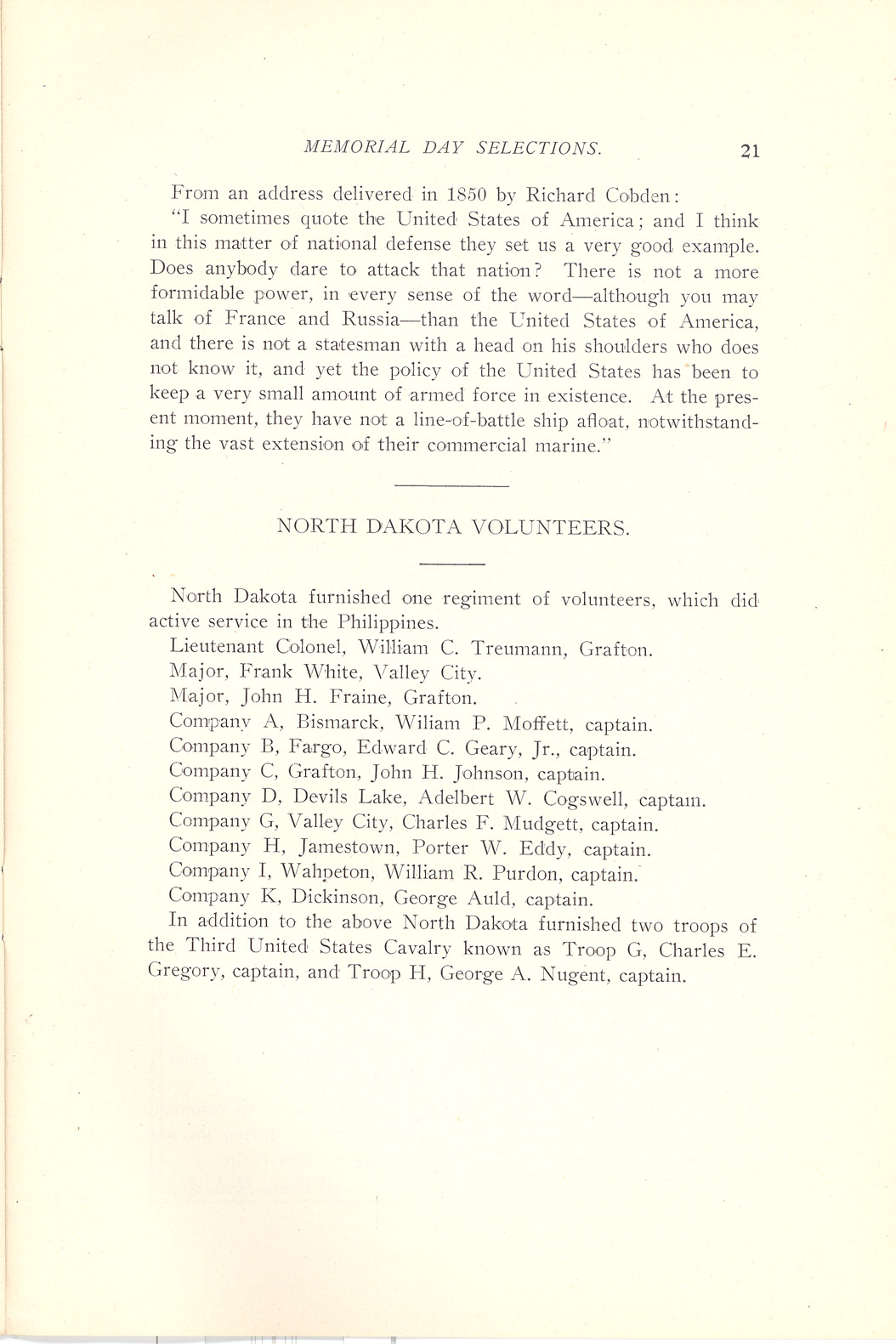 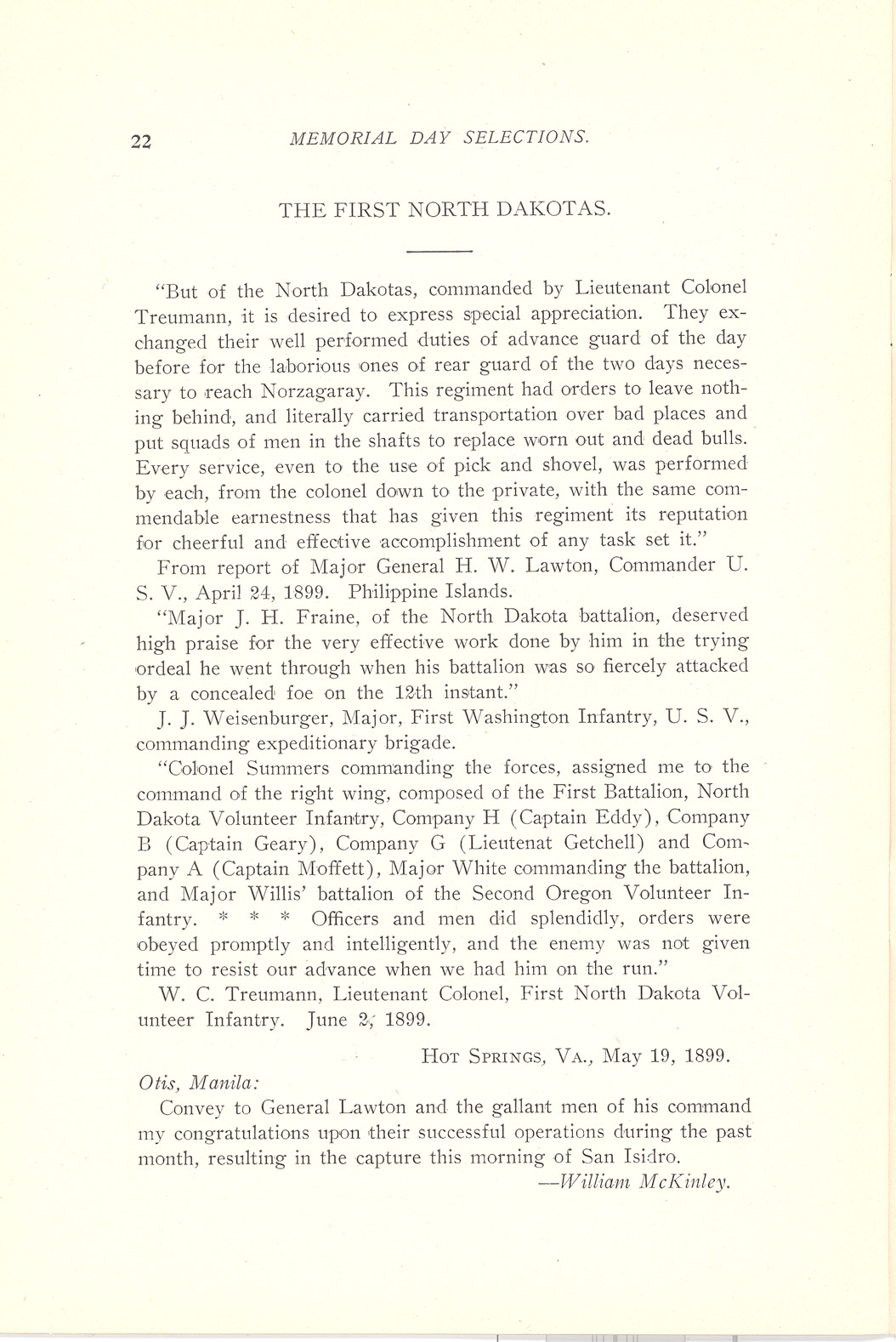 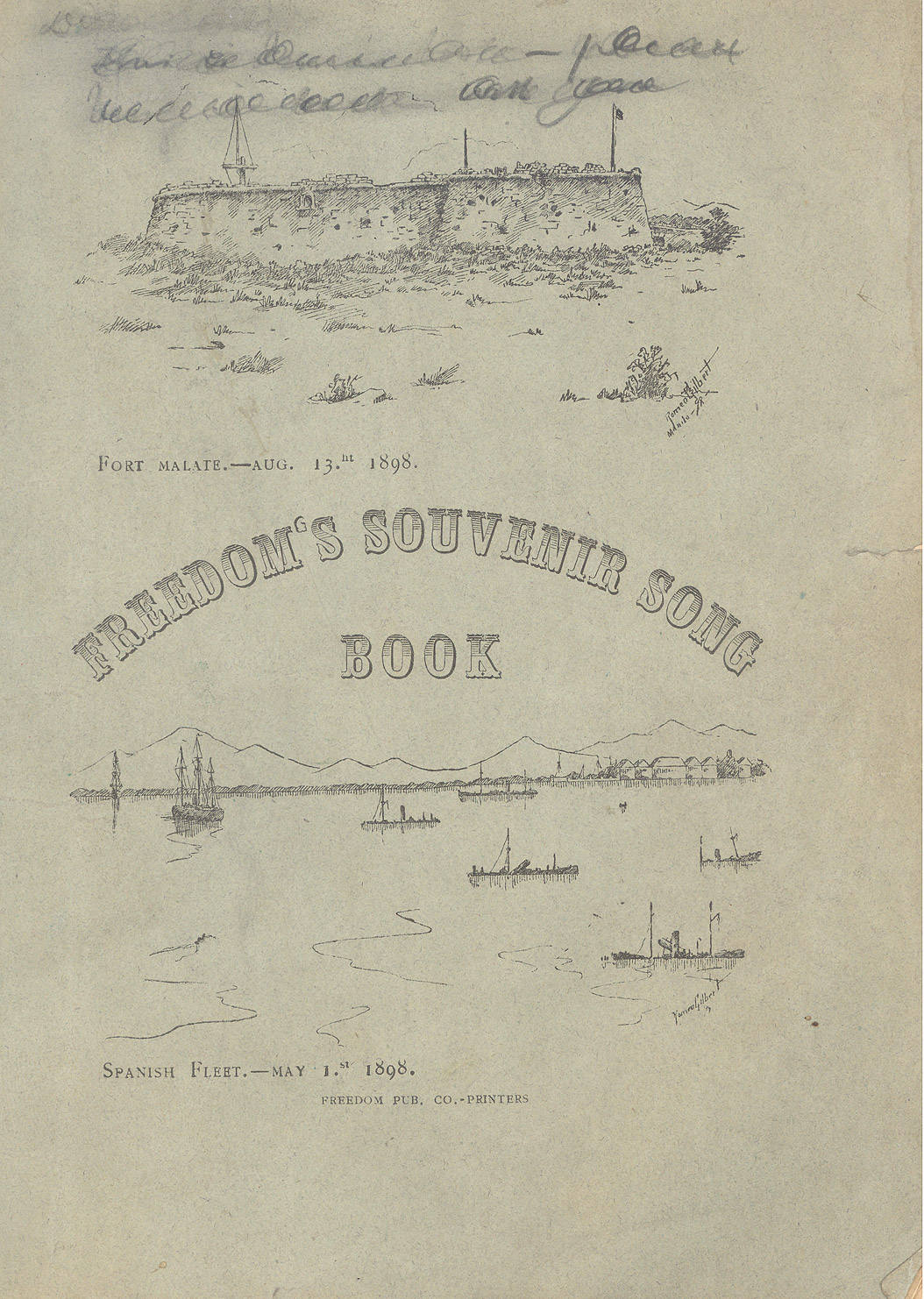 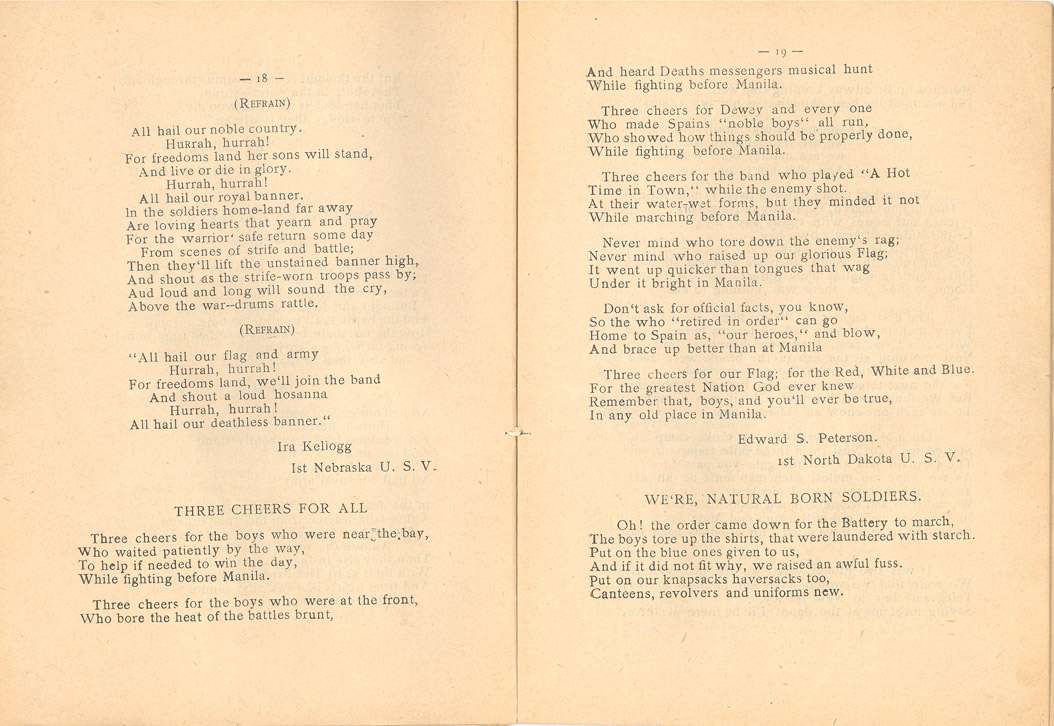 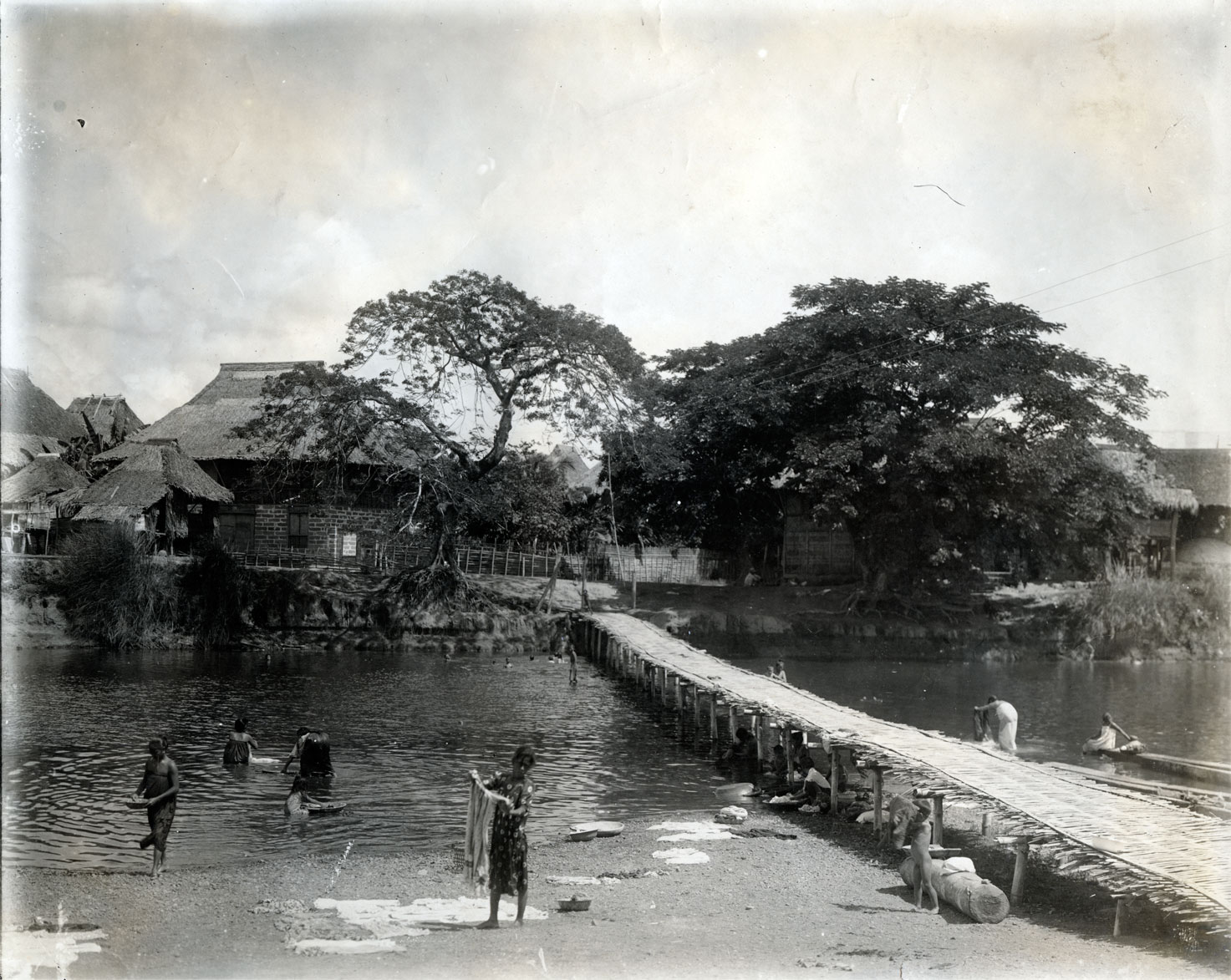 Image 10: Philippine natives lived along and on the water. The still, shallow waters allowed for small bridges such as this one to carry foot traffic. They bathed, laundered their clothes, and took their drinking water from the rivers and bays. American soldiers found that the waterways also carried diseases which took the lives of seven North Dakota soldiers during their service in the Philippines. SHSND 2008-P-12-p06.

On May 31, 1899, the First North Dakota Volunteers set out on another expedition. This expedition was successful in reaching Morong, but it took a heavy toll on the soldiers. All of the livestock died of intestinal diseases from drinking bad water. The soldiers, exhausted from more than one year of continuous duty, were short of rations and sick with dysentery. (See Image 10) Still, they had to guard the town and be alert for attacks.  During that time, the soldiers were exposed to cholera, a deadly disease that spreads easily through water and food. (See Image 11) 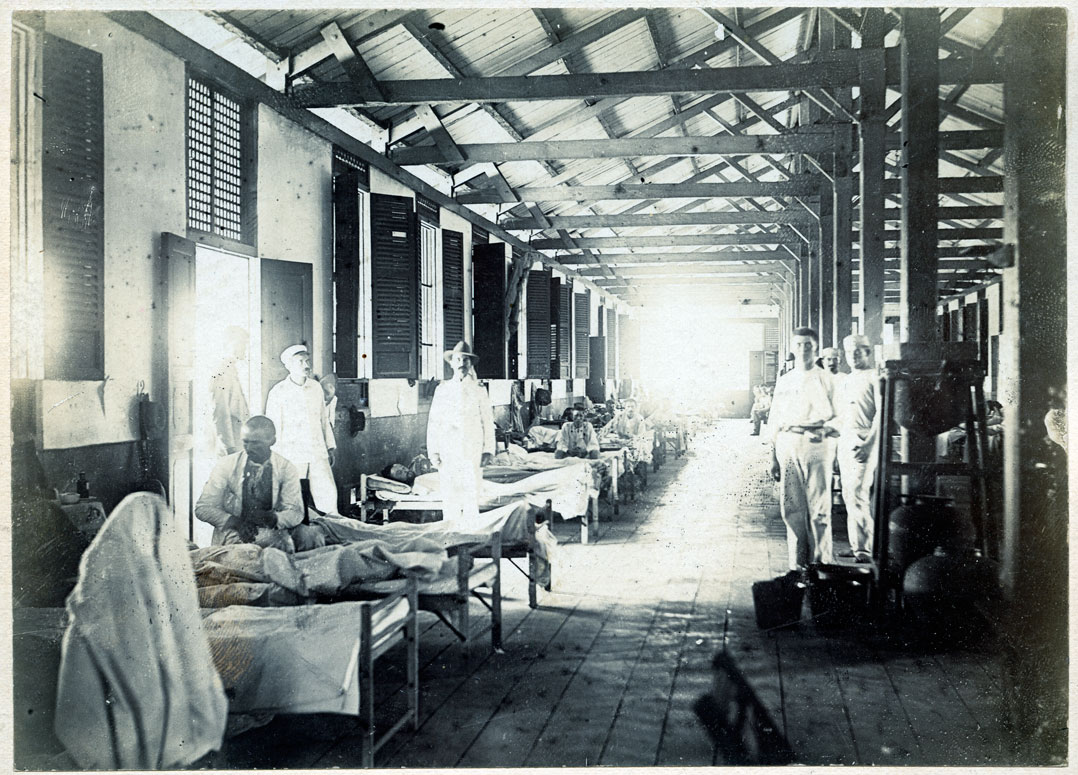 Image 11: When American soldiers were sick or wounded they were treated in a hospital such as this one. The conditions were not very good. Little could be done to help soldiers with cholera or small pox. Soldiers with dysentery could be treated with medicines that helped them keep fluids in their system, but many died anyway. SHSND 10169-26, photo collection of Katherine Coleman.

The First North Dakota Volunteers arrived in San Francisco in September, 1899. (See Document 2) During their 17-month tour of duty, the soldiers served their country honorably under very difficult conditions. (See Document 3) Eight men had died in combat, one drowned, and seven died of dysentery. Eleven men were wounded.  Nine men earned the Medal of Honor for their service.

Why is this important? When Spain declared war on the United States, it was a nation whose military strength was fading. Spain could no longer protect its empire. Fortunately, the war was brief, but the insurrection in the Philippines meant a longer tour of duty for the First North Dakota Volunteers.

The Spanish American War was the first international war in which North Dakotans had an opportunity and an obligation to serve. The soldiers’ training, their devotion to service, and their character left a strong impression on the senior officers in the Philippines.