As the election of 1906 approached, Alexander McKenzie was confident that his candidates would win in the polls. McKenzie supported Governor Elmore Y. Sarles (Republican) for re-election. Sarles had served a two-year term as governor, but Progressive Republicans and Prohibitionists were concerned that Sarles openly disobeyed the prohibition laws when he drank beer in public.

McKenzie also supported John Knauf for Justice of the North Dakota Supreme Court. Knauf was, at that time, serving an appointment on the Supreme Court, but he had to stand for election in 1906. Knauf was unacceptable to many North Dakotans because he had swindled a client out of money. The state bar association refused to support his nomination. Sarles and Knauf presented problems that weakened the Republican ticket.

Several other factors worked against McKenzie’s control. Norwegian voters, a significant voting bloc, turned to the Progressive wing of the Republican Party. McKenzie’s insults toward Swedes and his efforts to buy votes bothered Norwegian voters, too. The Farmers’ Alliance had dissolved, but their political interests still echoed among farmers. The new farmers’ organization, the American Society of Equity,continued to remind farmers that McKenzie’s machine did not favor their interests. 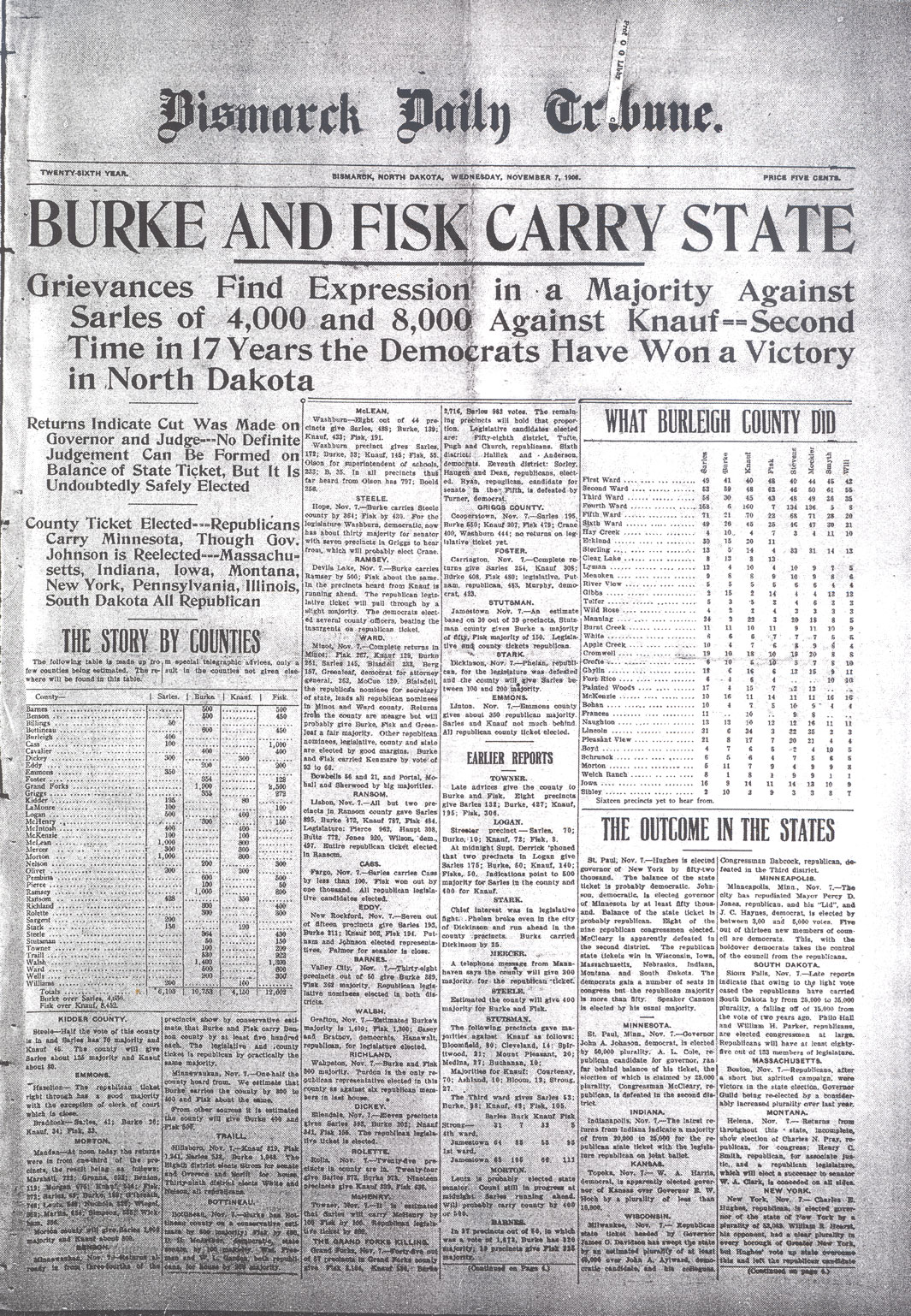 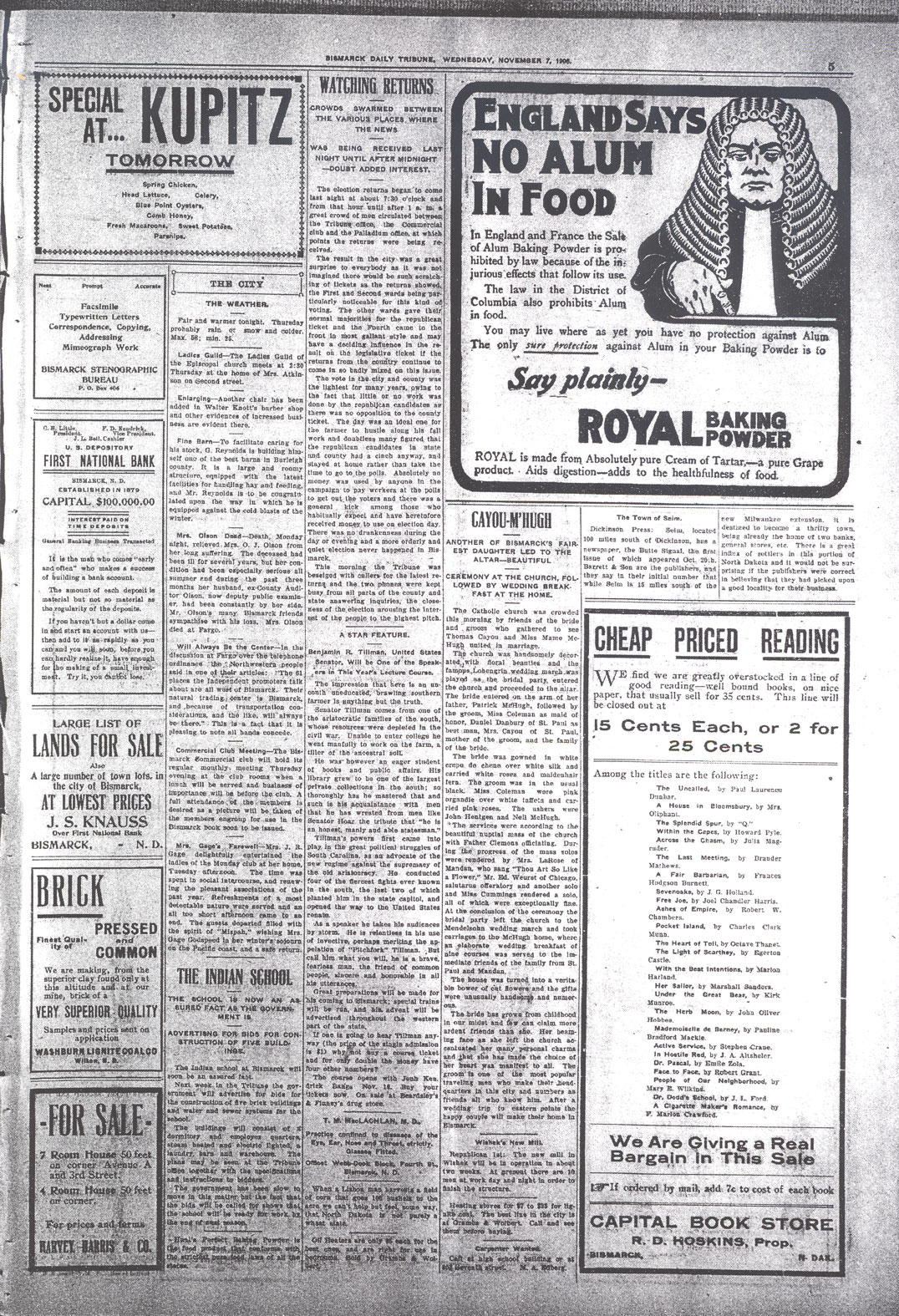 Historians have questioned whether Burke’s election was a true revolution. There was no great turn-about in politics. Burke did not favor farmers’ issues, though he did help to bring about some reforms that gave North Dakota citizens more voice in governmental affairs. However, it is good to remember that the phrase, “The Revolution of 1906,” echoes what the people called this turn in political events in 1906. Many North Dakotans were happy to break the cycle of electoral politics that Alexander McKenzie had controlled since 1883. Voters had also elected enough Progressive Republicans to support reform.

Alexander McKenzie did not disappear from North Dakota politics. He continued to wield influence into the early 1920s. However, after 1906, McKenzie had to share political power with Progressive Republicans, Democrats, and, later, the Nonpartisan League.

Why is this important? The power of government lies with the people. Before John Burke became governor, the people of North Dakota had little political power.  The voters’ interests were sometimes overruled by Alexander McKenzie who worked for the railroads and the grain mills. As long as the railroads and the milling companies deprived North Dakota farmers of political power, the big corporations could continue to control the governorship and the legislature. Once the voters were able to install an honest and progressive government, they were able to expand the peoples’ political rights. The new political balance among the political parties and the voters was a healthier political system for North Dakota and more compatible with a constitutional democracy.

On the grounds of the North Dakota state capitol, there is a statue of “Honest” John Burke, who was also called “North Dakota’s Abraham Lincoln.”   Like Lincoln, he was tall and thin. He had a large nose and large ears. (See Image 2)  He liked to tell funny stories. North Dakotans admired Burke because he was honest and deeply committed to the rule of law. 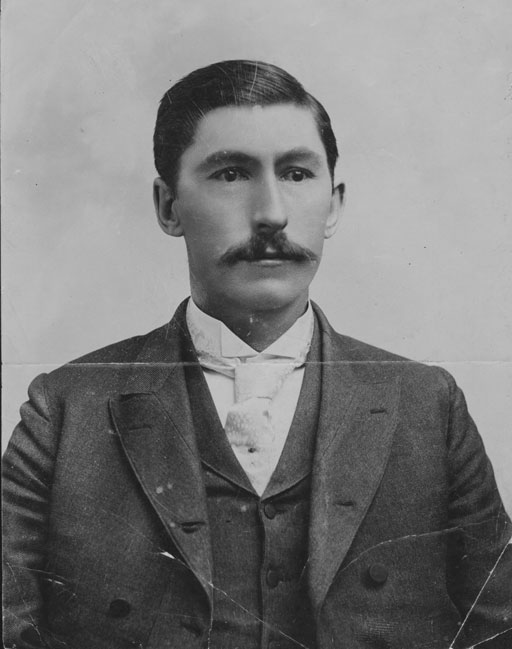 Image 2: North Dakotans thought young John Burke looked a lot like Abraham Lincoln. He was tall, thin, and had big ears and a big nose. He was also considered to be the most honest politician that had run for office since statehood. His long career in state and federal political office proved that he was an honest, devoted public servant. SHSND A0326.

Burke was the son of poor Irish immigrants. He went to work at an early age and had little formal education. He was, except for his two years at the University of Iowa law school, self-educated.  He came to North Dakota in 1888 and set up a law office in St. John where he also taught school and ran a newspaper.

Burke joined the Democratic Party and became involved in state politics. He was elected to the North Dakota House in 1890 and later served two terms in the North Dakota Senate. During his time in the legislature, he gained a reputation for being honest. He was a lawmaker who believed in enforcing the laws. Though most Democrats favored the repeal of the prohibition laws, Burke realized that the laws were the result of legitimate political processes and were “here to stay.”  He believed that prohibition laws should be effectively enforced.

Burke’s politics, at first, did not particularly favor farmer’s interests. During the years when Alexander McKenzie ruled North Dakota politics, Burke often voted with the Stalwart Republicans in opposition to bills that would regulate the railroads and establish terminal grain elevators. However, as the misdeeds of Alexander McKenzie’s political “machine” became more widely known, Burke began to focus on political corruption.

Burke was nominated for governor in 1906. As a Democrat, there was little chance for Burke to win office. However, the Democrats were hopeful that McKenzie’s corruption would help them win the governorship. Many Progressive Republicans also supported Burke.

In 1906, Burke campaigned against the power of the railroads over North Dakota politics. He focused his campaign on the corruption of the political process that had characterized North Dakota government for decades. Burke won the election. The people of North Dakota called his election “The Revolution of 1906.” Burke had broken, but not destroyed, McKenzie’s control of over North Dakota. Burke’s directness, his simplicity, and his honesty were qualities that voters liked. He was elected again in 1908 and 1910. 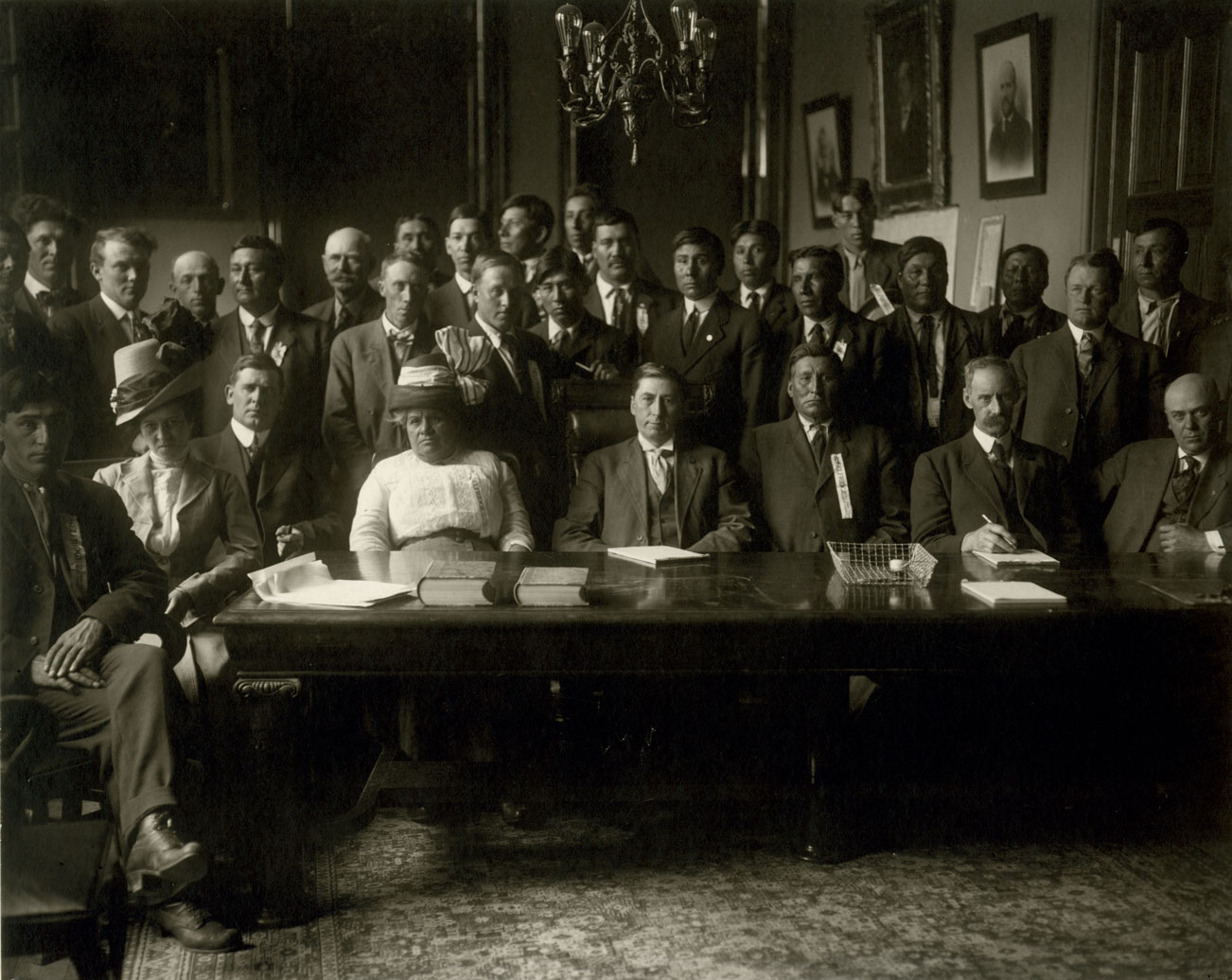 Image 3: One of John Burke’s political accomplishments was the modernization of North Dakota government. In 1912, Burke met with men and women representing the part of North Dakota that was included in Standing Rock Reservation. These residents, both Lakota and Anglo-American, asked for the creation of a county with boundaries that matched those of the reservation. Sioux County became the last county organized in North Dakota. SHSND E0401-0001. 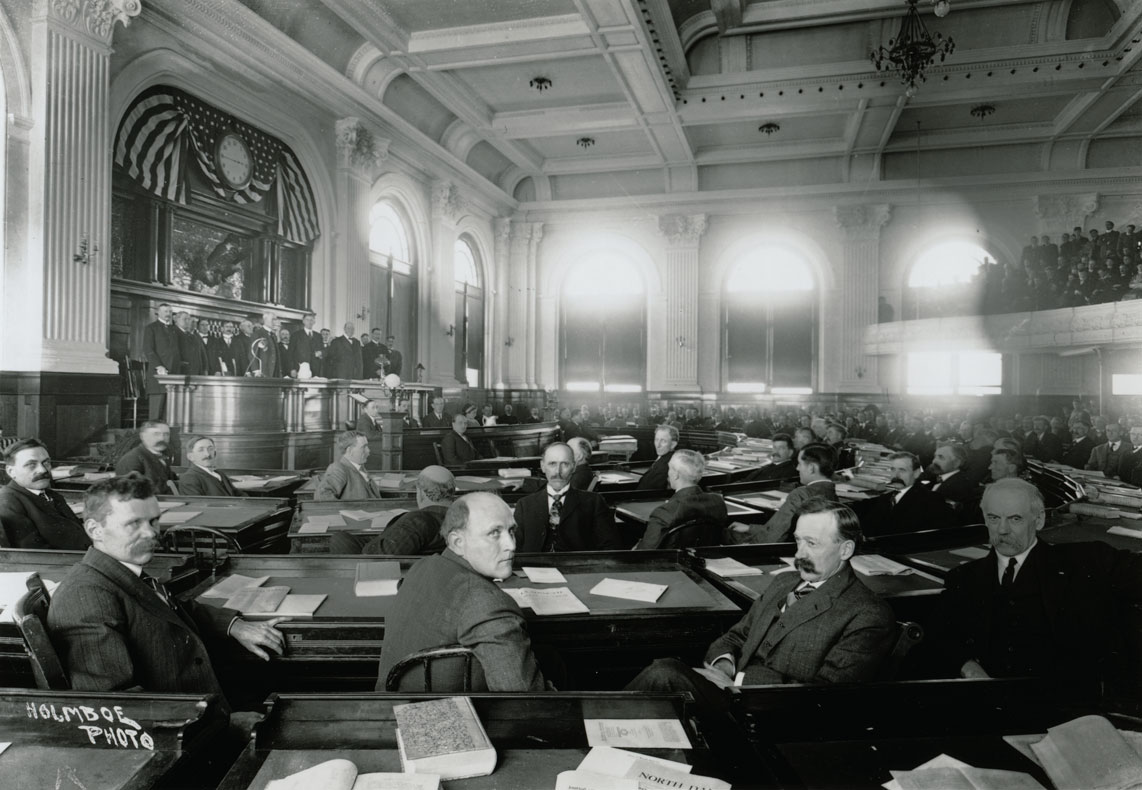 Image 4: . John Burke was the second Democrat elected governor of North Dakota. The first Democratic governor, Eli Shortridge, had a difficult relationship with the legislature and was unable to accomplish much. Burke enjoyed a strong relationship with the legislature and was able to see many bills passed which brought reform to North Dakota politics. SHSND A6781-0001.

John Burke was not a farmers’ governor, though he pleased most farmers with his honesty.  He did not establish a terminal elevator or state grain-grading system.  He was very popular among city dwellers who were tired of McKenzie’s corrupt policies.  As governor, Burke presided over the modernizing of state government. (See Image 3) New government agencies and bureaus took care of the daily business of the government. Burke’s third administration (begun in 1910) saw the passage of several pieces of legislation that were considered to be progressive. These reforms included primary elections, direct election of Senators, initiative, referendum, and recall. The legislature also passed bills regarding child labor, a juvenile court system, public health, and safety regulations for railroads. (See Image 4) 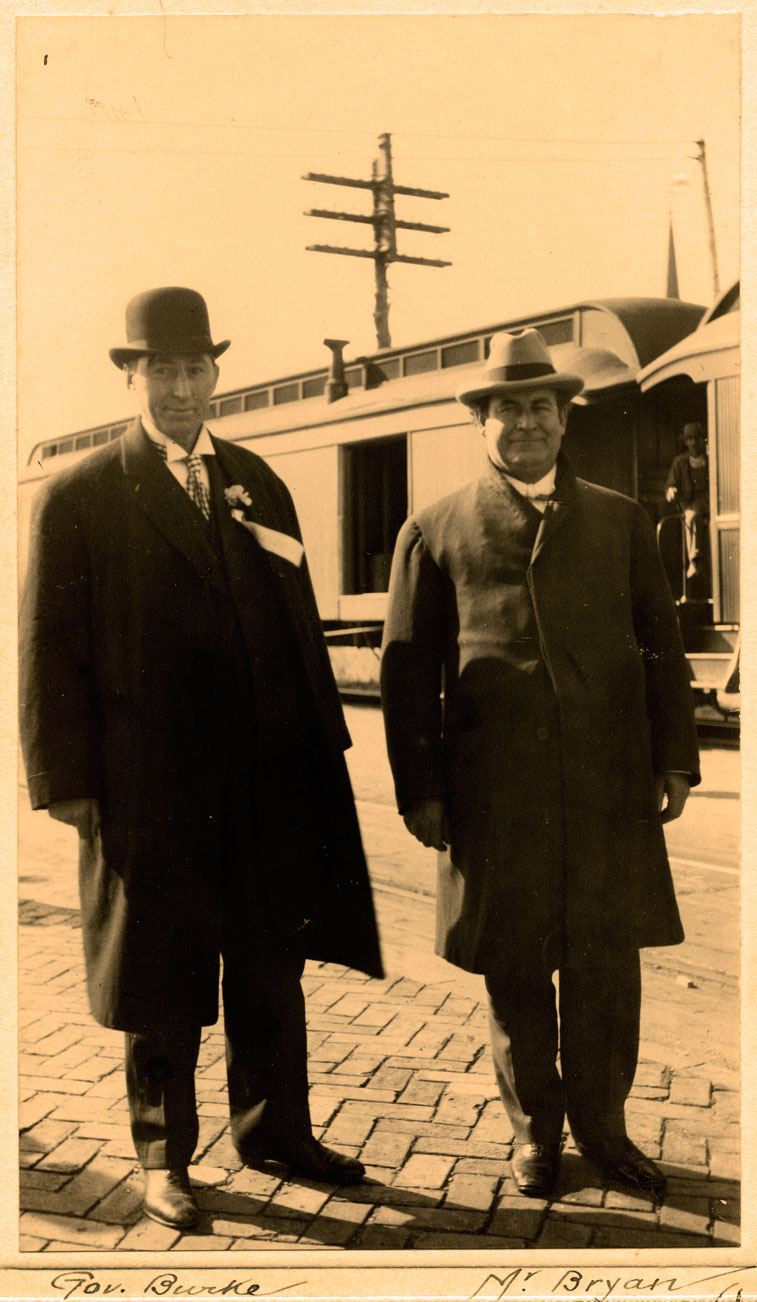 Image 5: John Burke had not taken up farmers’ political issues until after he met and befriended William Jennings Bryan who ran for President of the United States many times. Jennings helped Burke meet other federal officials and presidential candidate Woodrow Wilson. Wilson appointed Burke United States Treasurer. SHSND A4445-0001.

When Burke left office in 1913, he was not finished with government service. (See Image 5) He supported Woodrow Wilson in his campaign for the presidency. Wilson appointed Burke United States Treasurer.  After leaving this federal office in 1921, he again practiced law. In 1924, North Dakota voters elected him to the North Dakota Supreme Court. He was elected two more times.

John Burke died in 1937. He had earned a reputation as one of the most respected politicians in North Dakota’s history.

Why is this important? John Burke reversed the political patterns of North Dakota’s early statehood politics. He proved that an honest politician could earn votes and use political power legitimately for the good of the people and the state. 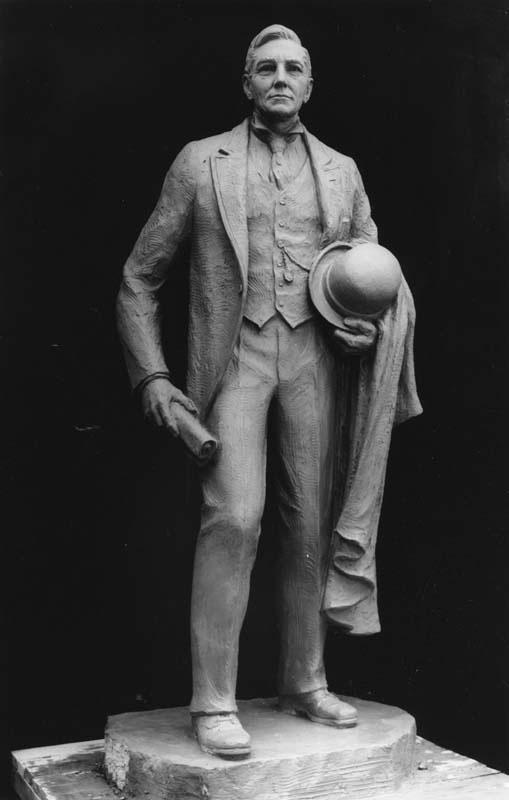 Image 5: . A statue of John Burke represents North Dakota (along with Sakakawea) in Statuary Hall in our nation’s capitol building. A replica of the statue also stands in front of the state capitol in Bismarck. SHSND 212-1.