Sometime in early 1918, a new form of influenza called the Spanish Flu broke out in different places around the world. By the time the flu pandemic (a disease that affects people all over the world) ended, 20 per cent of the people in the world had experienced the disease. The Spanish flu had a mortality rate (the number of people dying from the disease) more than 25 times higher than most varieties of influenza. About 675,000 Americans died from the flu. More than half of the soldiers who died during the war in Europe in 1918, died of the flu.

Usually flu and other epidemic diseases are most deadly for the very young and very old. The Spanish flu, however, had its highest mortality rate among people between 20 and 40 years of age. These were people in the prime of their lives. They were parents, farmers, doctors, nurses. And they were soldiers. Soldiers in crowded training camps, troop transport ships, and in the filthy war trenches of Europe contracted the disease and helped to spread it around the world. 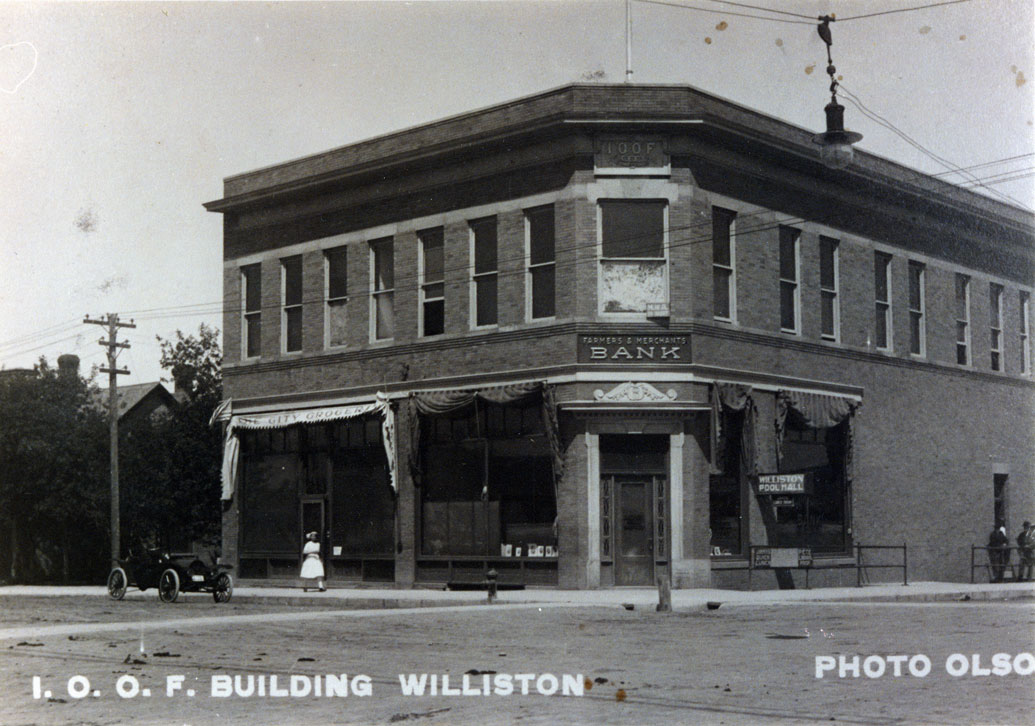 Image 29: When flu patients became too sick to care for at home, they were sent to the hospital. Though many towns had hospitals, doctors were reluctant to keep flu patients in the same hospital with other patients. Williston used the second floor auditorium of the I.O.O. F. (International Order of Odd Fellows) Hall as a hospital for flu patients. At the peak of the epidemic, other buildings were used as well. SHSND Shemorry photo: 10958-19-50-1.

The disease hit North Dakota with great intensity. On September 27, 1918, The Fargo Forum newspaper announced that there were no cases of Spanish influenza in Fargo. By October 4th, Fargo had 100 cases of flu. On October 5, Jamestown reported 1,000 cases of flu. (See Image 29)

The colleges and universities cancelled classes. Theaters, churches, and schools closed. Bismarck refused to let trains stop at the railroad station if anyone aboard had the flu. Even with these strong measures, flu continued to spread. When a young man named Matt Barlett was hospitalized with the flu, he sent for relatives in Wisconsin to come and take care of his ranch and his livestock. Two relatives set out to help Matt, but both came down with the flu when they arrived in Minot. One tried to return home, but became so ill that he had to be taken from the train in Eau Claire, Wisconsin where he soon died. The other relative, George, was cared for by one of Matt’s neighbors. Both George and Matt recovered, but Matt’s sister, Allison, also died.

With so many doctors serving with the Army or the Red Cross in Europe, the cities and towns of North Dakota had few people with medical training to help care for the sick. It didn’t matter much; there was little doctors could do. Patient care was simple and supportive: a little food for those who could still eat and some cooling baths for those with high fevers. In the advanced stages, the disease caused fluid to build up in the lungs. When that happened, death came quickly. By late November, 1918, new cases of Spanish influenza began to diminish, though new cases continued to appear until late spring of 1919.

Why is this important? Influenza is a disease that appears nearly every year in the United States. There are many different strains. However, the Spanish flu was the most virulent (widespread and contagious) and deadly disease since the time of the Bubonic Plague in the 14th century.

Because the Public Health Service of the federal government did not keep good records on the flu, and because state health agencies were overwhelmed by the situation, there are few accurate records to tell us how many people came down with flu and how many died in North Dakota. However, we know that the influenza outbreak hurt families, and interfered with business.

Today, health officials caution people to be wary of the flu. Though most strains do not cause the great mortality of the disease of 1918, it is possible that one day, a dangerous form of the disease will return.

In September, 1918, Alma Munkeby left her farm home in Ransom County to go to Valley City where she expected to complete her senior year at Valley City Normal College (today known as Valley City State University.)  She was trying to earn her teaching certificate and wanted to specialize in Geography.

She arrived at VCN, as she called her school in her diary, just as the Spanish Influenza was becoming serious in North Dakota. And the World War (World War I) would soon come to an end.

Alma Munkeby kept a diary in a small notebook she had purchased at the Rexall Drug store. Most of her entries are about her studies and the social life in her college dormitory. Slowly, however, Alma began to take note of the “Spanish Influence,” or influenza. The classes were cancelled and young students were sent home. Some of her classmates were called home when relatives died.

The students made gauze masks (October 12) and wore them for a few hours before they put them away. Slowly, the threat of influenza faded from the campus. Though influenza remained a threat in North Dakota for another four or five months, young Alma preferred to think about “boys boys boys” and campus social events.

A few pages from her diary are presented here with abbreviated transcriptions of important passages. The spelling and punctuation remain true to Alma’s writing style.

Monday Oct 7. Alma received a letter from a friend who warned her to be careful of flu. Alma wrote that her friend “told of a lady who died up there and who left four children. She did not come too again. Poor lady.”

Wednesday Oct 9. “ ‘Spanish Influence’ report becoming serious. Rumor of School being closed. I am so happy for I am anxious to go home. Wish it would close. Got some Listerine to gargle for ‘Spanish Influence.’  . . . Listerine popular. . . . Maybe no school tomorrow . Fine?!!!  . .

Thursday Oct. 10. “Children were sent home on account of Spanish Influence. We were quarantined after supper. Teachers and students stay in dormitory or stay in Model School. Eat at the dormitory.”

Saturday Oct 12, 1918. “Today I made a masks for three periods. They look like this  [picture]  one deep dart and two narrow one. Made of white gauze. Started to wear our masks. Everybody look fine  I tell you. No teaching but we met with our critic all the same. Under quarinteen again. . . . We wore our mask for some time then we put them away.”

Sunday Morning Oct 13. Alma went to church but it was “under quarantine.”

“Neva is not feeling very well tonight. She went to bed early. . . . One girl was called home because her brother-in-law and niece were not expected to live.”

Friday Oct. 17. . . . “Mrs. Seymore has ‘flu.’  . . . We are under quarinteen yet. Am glad for we do not have to teach. . . . One girl went home this morning because her brother died, and last night one went home because her niece and Bro in law [brother-in-law] was not expected to live.”