The Lakotas of Standing Rock Reservation contributed a great deal to the war effort. They did not try to hide their hatred of the German king, Kaiser Wilhelm. Though most Lakotas lived in poverty in 1918, they purchased a total of $100,000 in war bonds. Lakotas also contributed $2,000 to the North Dakota Red Cross to fund hospitals overseas. (See Image 27) None of the young men of Standing Rock asked for deferments or exemptions from the military service 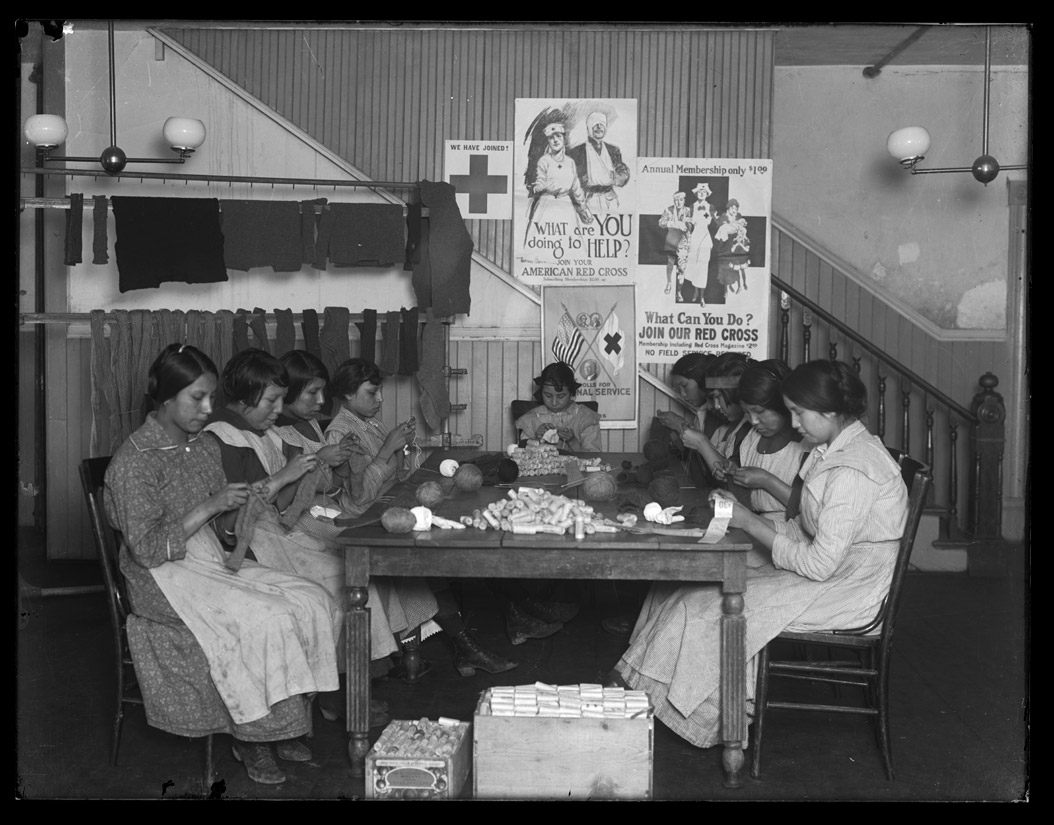 Image 27: Women and girls knitted and rolled bandages for soldiers at a Red Cross workshop at Fort Yates on the Standing Rock Reservation. The table, boxes on the floor, and the rack behind them are filled with the bandages they rolled and the socks and sweaters they knitted. The people of Standing Rock and other reservations contributed time, labor, and cash to the Red Cross for the war effort. SHSND 1952-0455-1. 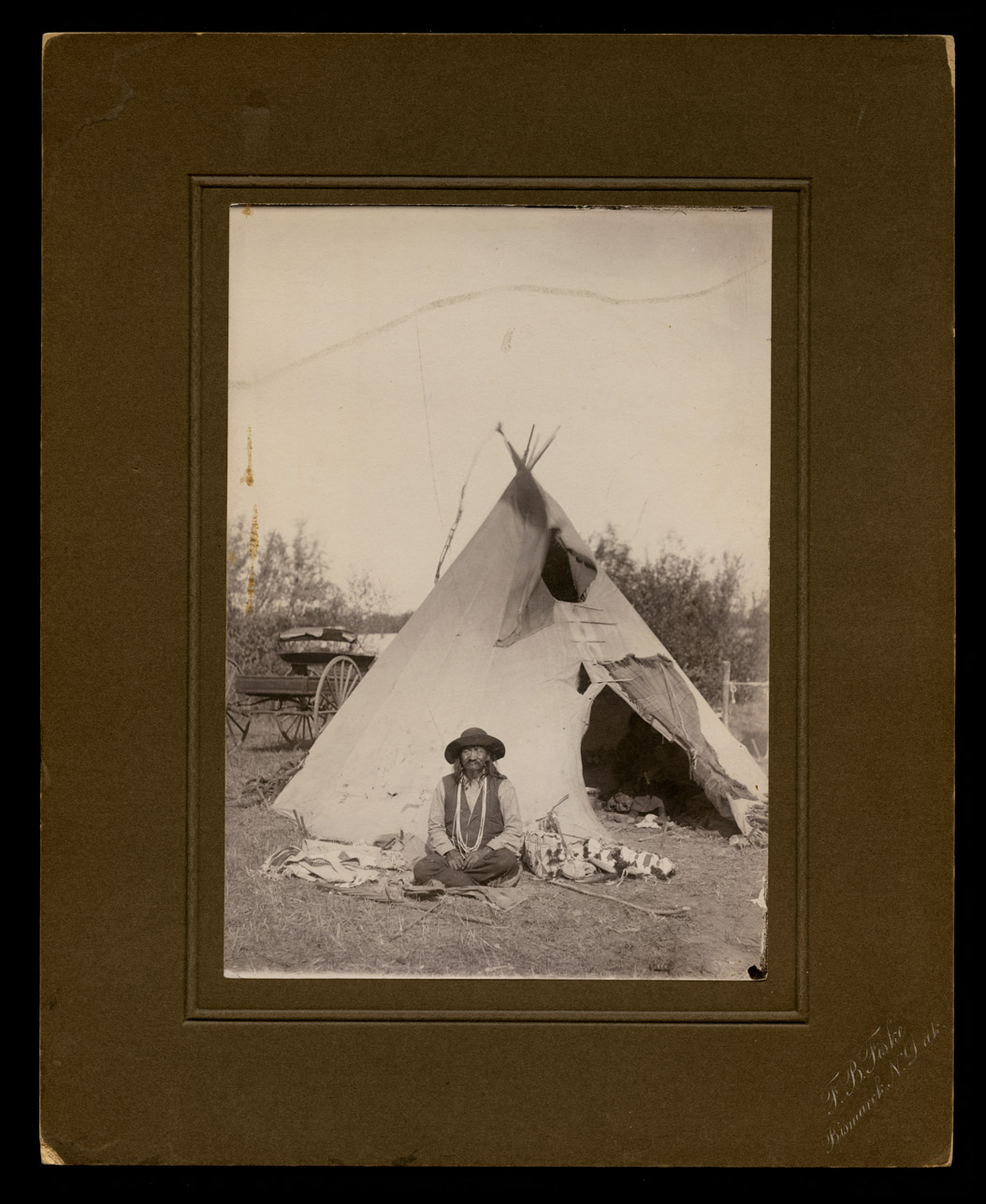 Image 28: Blue Thunder (b. 1844) was an elder of the Lakota nation when he spoke at the Victory Dance in 1918. He was known as a wise speaker. In his speech at the Victory Dance, he explained how the past and future of the Lakotas and Anglo-Americans had become entwined. Blue Thunder had received an allotment. He was married and had a family of two daughters and three sons. SHSND 1952-5189.

When the war ended, Lakotas conducted a victory dance at Fort Yates. Such a ceremony had not occurred since June 25, 1876 when the Lakotas defeated the Seventh Cavalry at the Battle of the Little Big Horn. The ceremony took place around a cottonwood tree that had been selected by elders and brought to the site of the dance. A dead wolf was tied to the top of the tree. The tree represented the enemy. The wolf was a symbol suggesting that the enemy had died because of its erring ways. The tree was set into the ground and raised straight up. A flag of the United States was fixed in place above the wolf. The U. S. flag demonstrated the success of the nation in the war. The Lakota women approved this arrangement and said that the flag was associated with Lakota traditions because the LakotasIn 1918, Blue Thunder (See Image 28) made a strong statement about the relationship between the Lakotas and white Americans:
We know that the white people could not be a great success in the world but for the countless bags of corn that are raised. Where did they learn to raise this corn? From Indians. And all the kinds of beans that I see . . . the white people got from Indians. And no white people ever had potatoes till they were found in this island. And turkeys, which are the sacred food for all white people in this island, were created in this island only. . . . The white people have become a great people in this island and in all the world because they were wise enough not to throw away the native plants and foods that were made by Holy Mother Earth especially for this island, though they brought some good things, such as wheat, with them when they came to us. The white people have built this great nation on good ground prepared by Indians before the white people came, and this nation cannot be considered separate from the old Indian customs and bravery and food-raising. Quoted by Aaron McGaffey Beede in 'The Dakota Indian Victory-Dance.' North Dakota Historical Quarterly Vol. 9, No. 3 (April 1942): 167-178."and non-Indians fought together to save the women and children of Europe.

The Lakotas dressed in their best clothes for the dance. In addition to the traditional dance, the dancers had made an effigy (an artificial representation of a person) of Kaiser Wilhelm. The dancers “killed” the effigy of the Kaiser. Four children, and then four men, were chosen to count coup (touch with a special stick) on the effigy. One of these men rode the horse belonging to Albert Grass who had gone to war and died while in the service.

Speeches were given during the dance. In one speech, the speaker explained his view of the war and its outcome:

Let the Kaiserites put away forever their barbarity such as we Indians never heard of before and discard their dishonesty in connection with treaties, and then their nation shall have its old place by the campfire of the nations, and for the sake of humanity we will give them food to keep them from starving till they can procure food for themselves, according to the old Indian custom.

The Lakotas also discussed what kind of punishment would be appropriate for Kaiser Wilhelm. Their ideas served as a criticism of the allotment program they had experienced. One man suggested that the Kaiser should be given an allotment with a few trees so that he could build a log house. The Kaiser would receive a team of horses and a wagon and a few head of cattle and farm tools. Then the Kaiser would have to meet with an Indian agent who would say to him “Now you lazy bad man, you . . . make your living by farming, rain or no rain; and if you do not make your own living don’t come to the Agency whining when you have no food in your stomach and no money, but stay here on your farm and grow fat till you starve.”

During the dance, there were several pauses for the people to make a silent prayer of thanks. Another pause gave Thomas Frosted a chance to give a long speech. He said, in part:

In this great war we have given our young men for soldiers. We have done all possible for us to do for the Red Cross and for other things which are intended to help the soldiers upon the battlefield and bring them home again in health and safety. We have been as desirous to help white soldiers as to help our own young men in the army. We have done this to defend both ourselves and white men against the Kaiserites.

Why is this important? By 1917, the Lakotas no longer viewed the United States as its enemy.  The tribe considered itself part of the of the nation. They contributed to the nation’s war effort out of proportion to their population and their wealth. In some ways, the Great War allowed their young men to continue the Lakota traditions of defending their families through warfare. The Victory Dance recalled the traditions that had nearly been lost in reservation life.