In 1898, boys and girls in rural New York state had the opportunity to join clubs where they could practice raising vegetables, chickens, or corn. Girls’ clubs, which were called Girls’ Home Clubs, focused on sewing and bread-making. Over the next several years, clubs for rural youth appeared all over the United States. In North Dakota, corn clubs and pig clubs were popular. 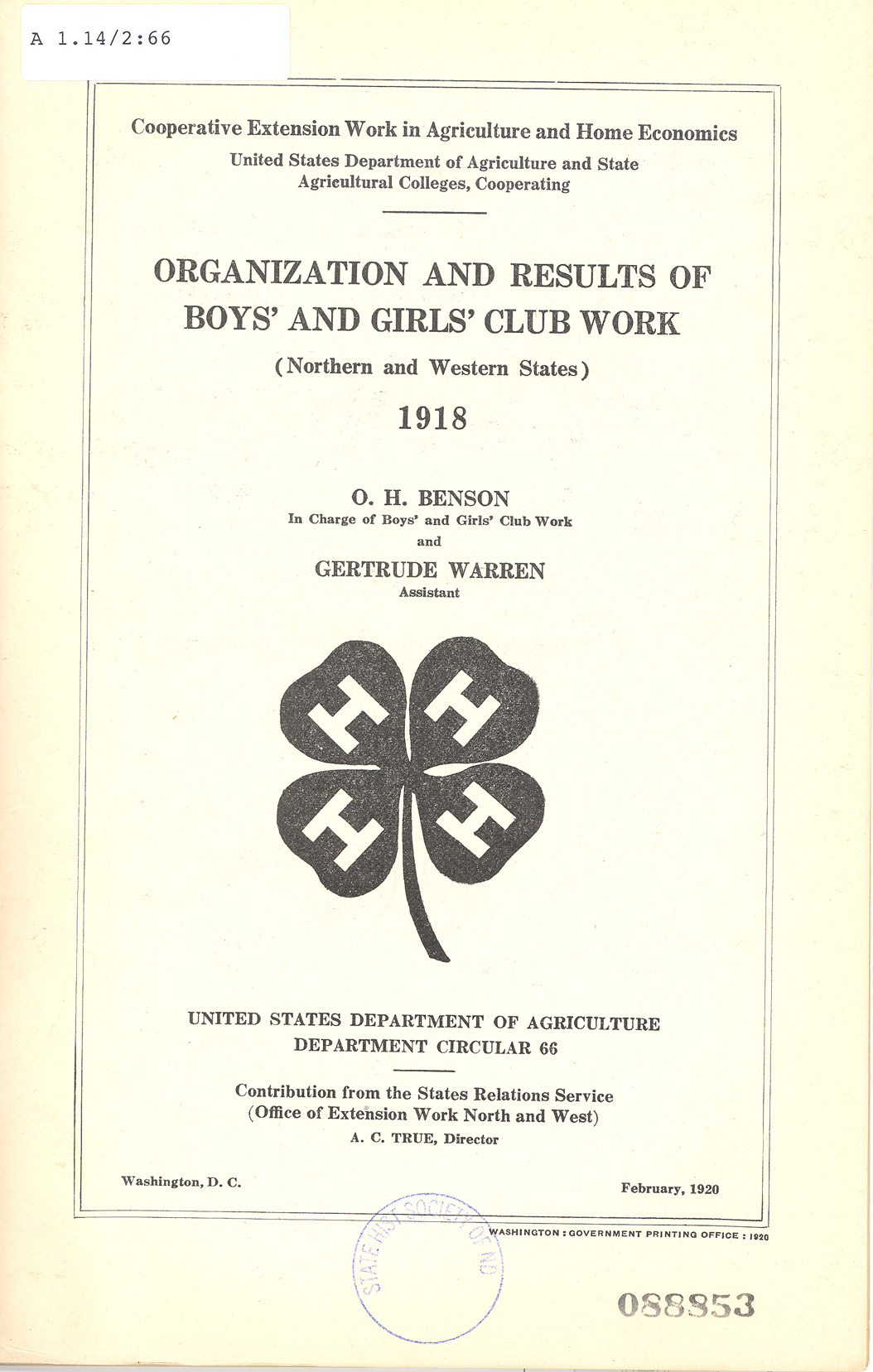 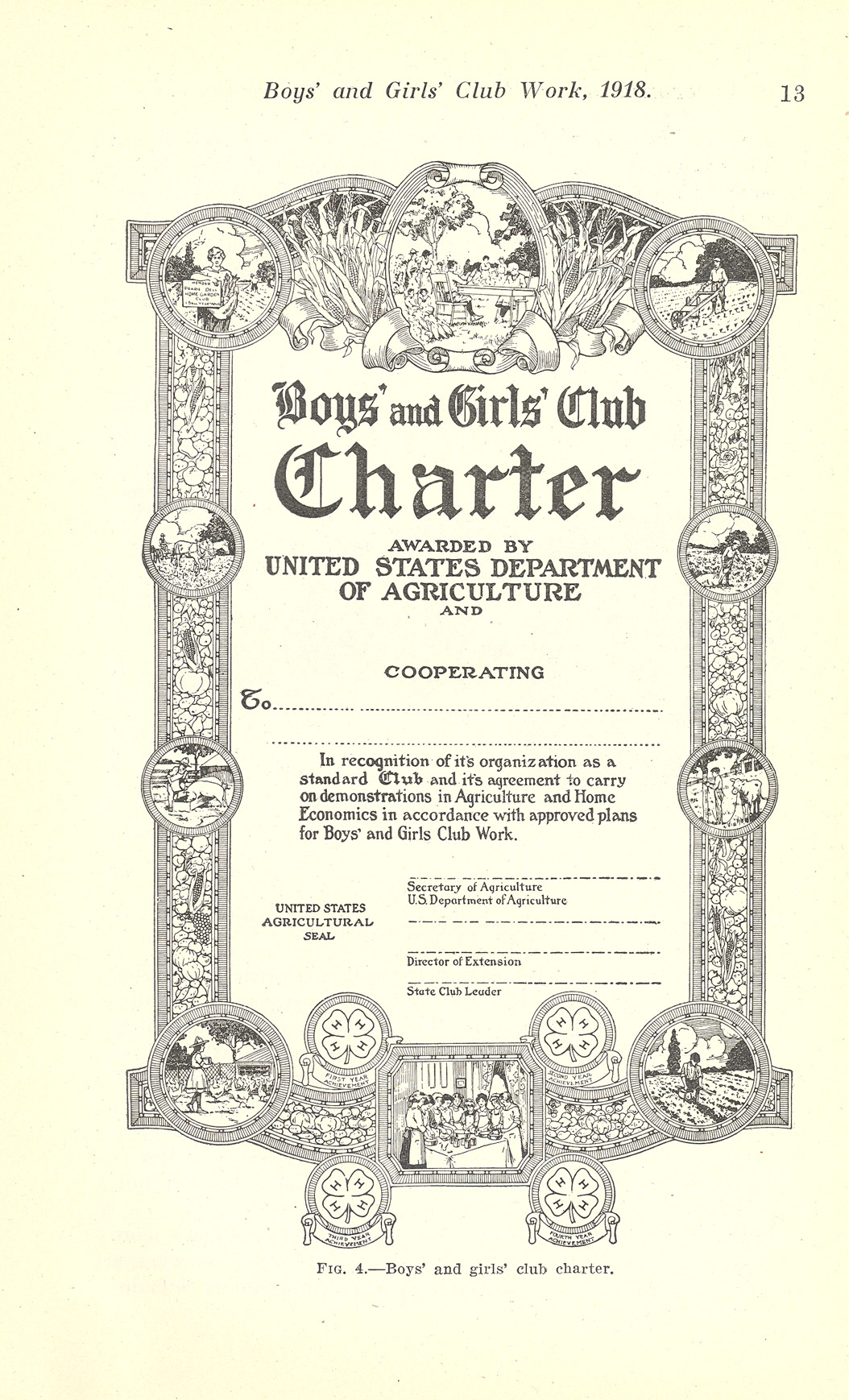 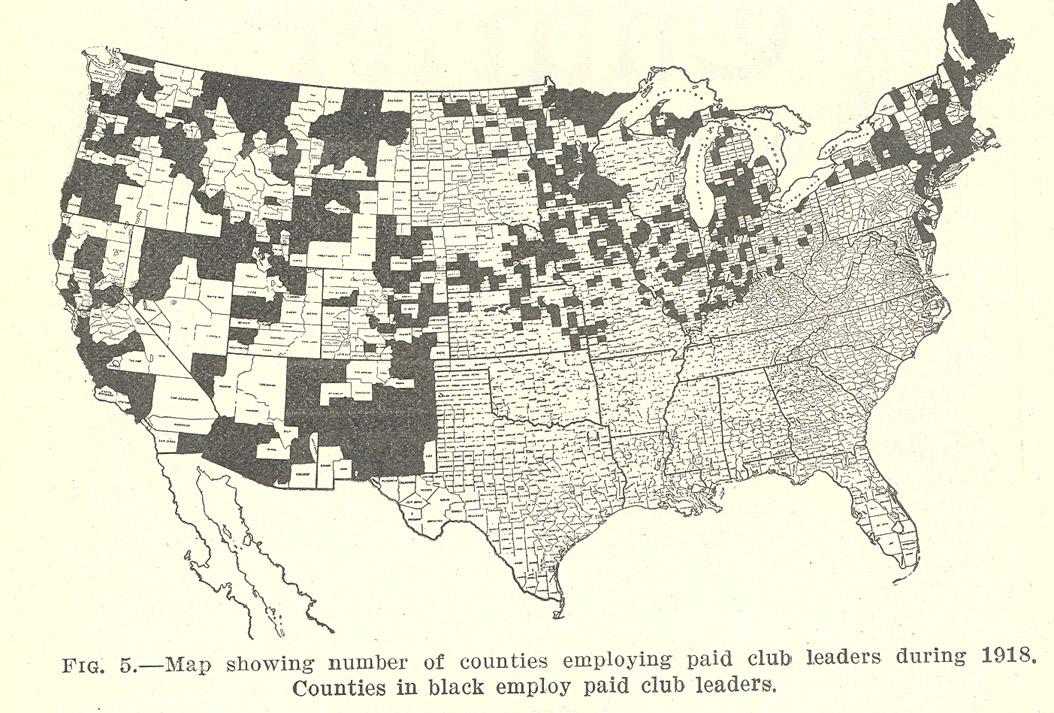 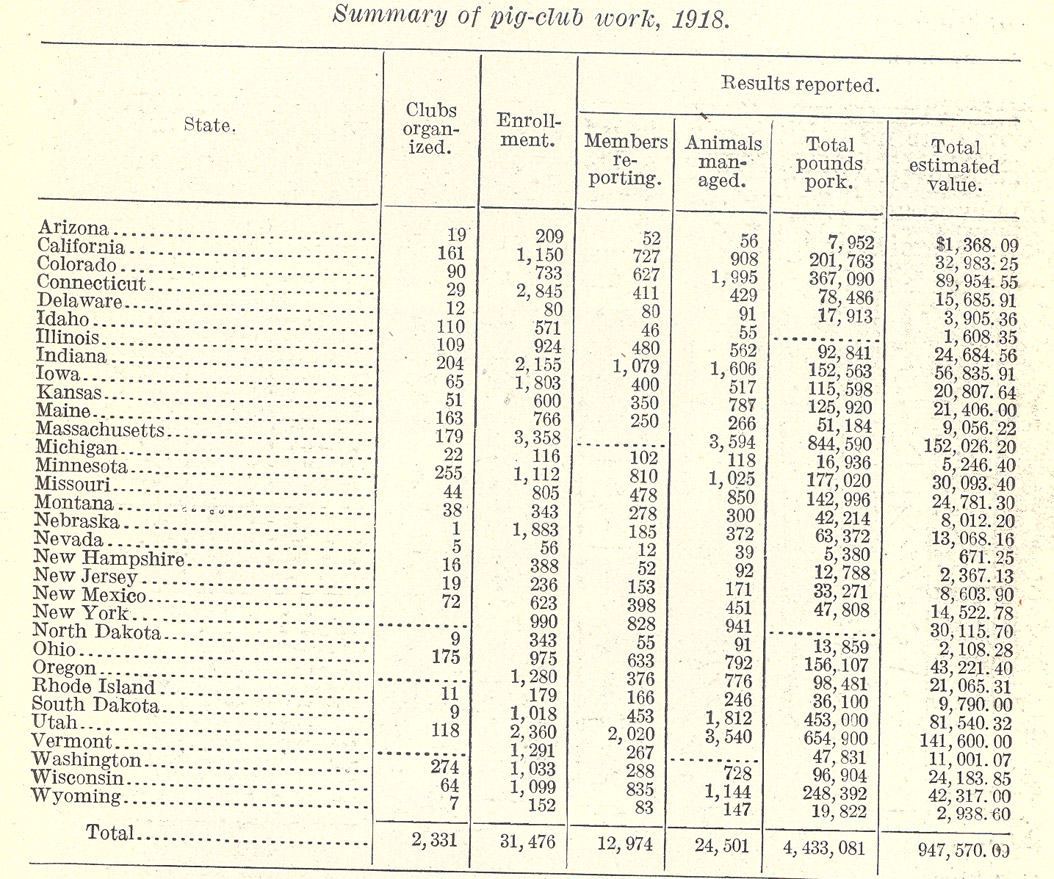 Document 4: This chart shows how many 4-H clubs featured work with pigs. North Dakota is not a leader in pigs, but has several hundred 4-H members learning how to raise, show, and market pork. Organization and Results of Boys’ and Girls’ Club Work 1918, by O. H. Benson and Gertrude Warren. United States Department of Agriculture, Department Circular 66. 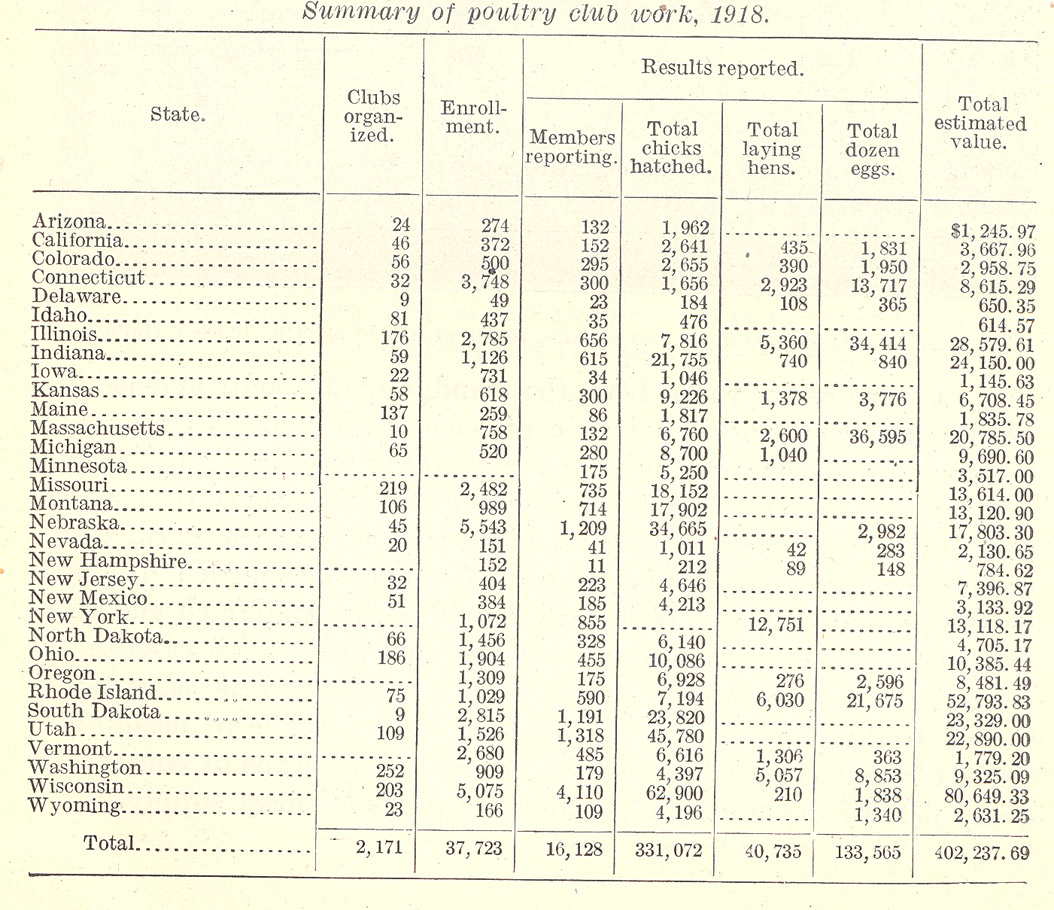 Document 5: This chart shows how many 4-H clubs in 1918 featured work with poultry. In North Dakota, many more 4-H members learned about poultry than pigs. Chickens were very common on North Dakota farms at this time, while pigs were relatively rare. Organization and Results of Boys’ and Girls’ Club Work 1918, by O. H. Benson and Gertrude Warren. United States Department of Agriculture, Department Circular 66.

Clubs for rural youth also addressed a national concern that young people were leaving farms to live in cities. By 1920, more people lived in cities than on farms. This was a new and troubling change for the United States. President Theodore Roosevelt led the nation in seeking an answer to the problem of farm de-population. One of the solutions was to have farm children grow up to enjoy farm work. Club leaders hoped that children would see farming as an important occupation and would find farm life as pleasant and modern as city life.

A young Iowa teacher named Jessie Field hosted corn clubs and home clubs after school. In 1910, looking for a way to present club members with a prize for their efforts, Miss Field designed a pin that looked like a three-leaf clover. Each leaf had an H on it representing head, hands, and heart. Later, she added a fourth leaf to the pin which stood for home (later called health.)  By 1912, rural youth clubs in the midwest were using the 4-H symbol. (See Document 2.)

Members of 4-H clubs participated in fairs where they showed the crops they had raised. They presented their pigs, chickens, and home projects at the junior achievement fair. Later, these competitions were known as 4-H Achievement Days. Club members also showed their projects at county fairs.

Poultry clubs were more popular. Poultry clubs were open to girls as well as boys, and city children were encouraged to participate as well. Members of poultry clubs also raised rabbits. Poultry clubs allowed children to contribute to their families’ welfare by relieving “the shortage of meat in the home. . . .”  In 1918, there were 66 poultry clubs in North Dakota with 1,456 enrolled members. The total value of 4-H chicken projects was $4,705.17 ($70,947.81current value.) (See Document 5.)

Why is this important? Club work for boys and girls was part of a national movement. In the early years, the program was not widespread in North Dakota, but in time 4-H became an important part of rural social life. Club projects gave young people a prominent place in the social structures of their communities. When 4-H members presented their projects at fairs and at achievement days, they became productive and mature members of their communities.