In 1911, the Mandans, Arikaras, and Hidatsas who lived at Fort Berthold reservation held a fair. (See Document 1.) It was much like the county fairs, which many people in those days called “industrial fairs.”  People brought vegetables from their gardens and jellies they had made from wild and domestic fruits. Women displayed quilts. Men brought crops from the fields. They were showing the prosperity of their farms and reservation. 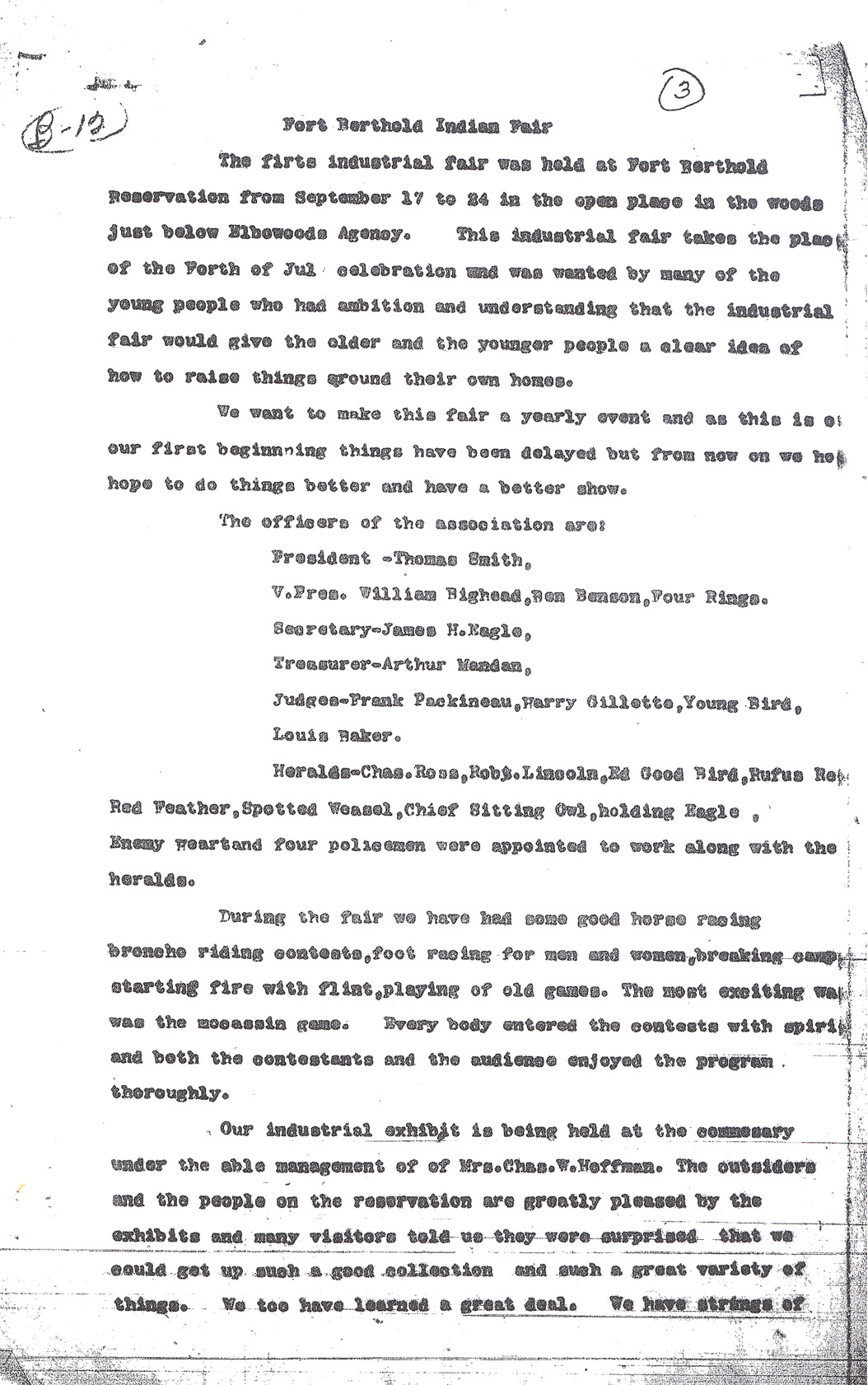 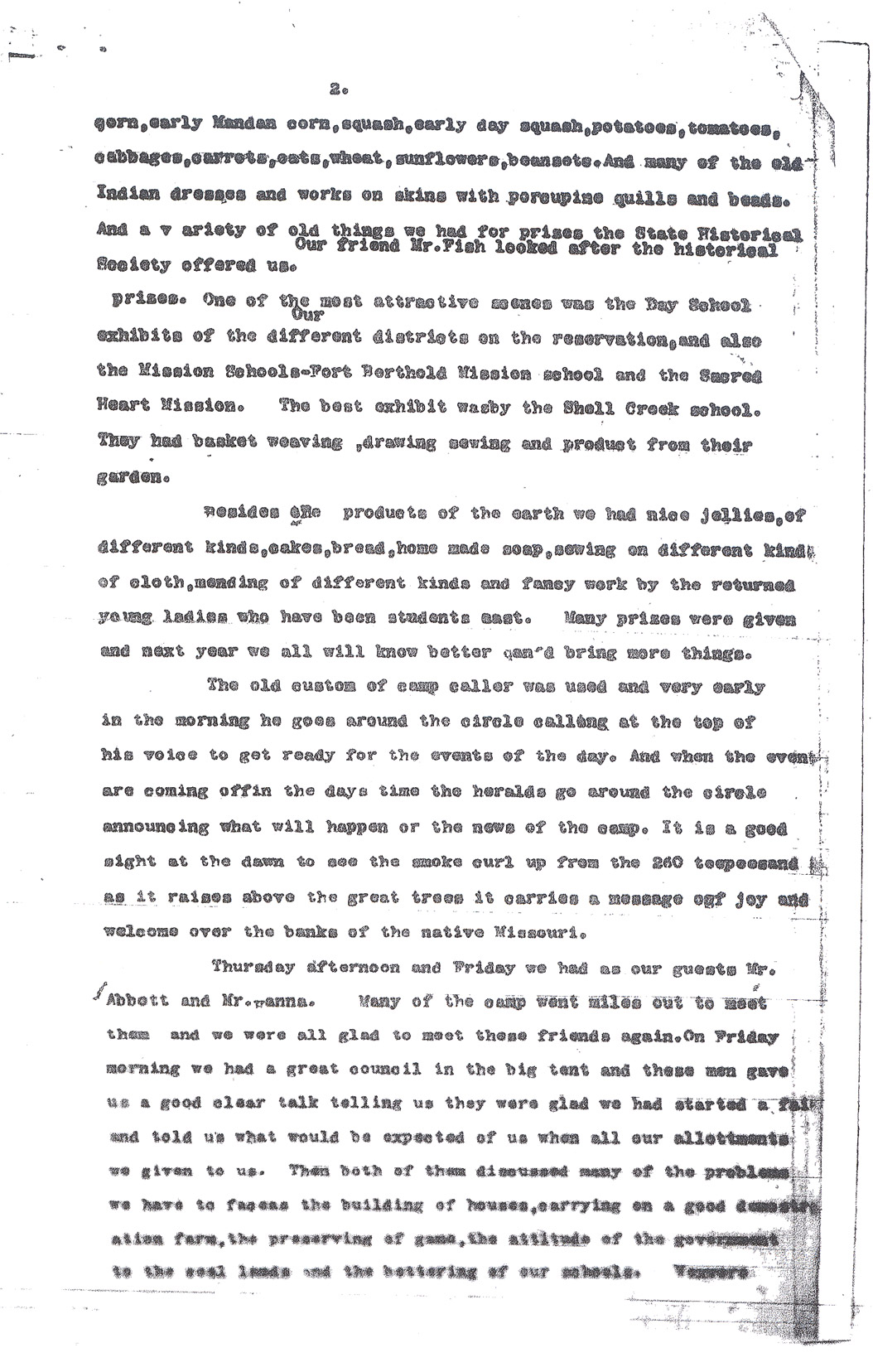 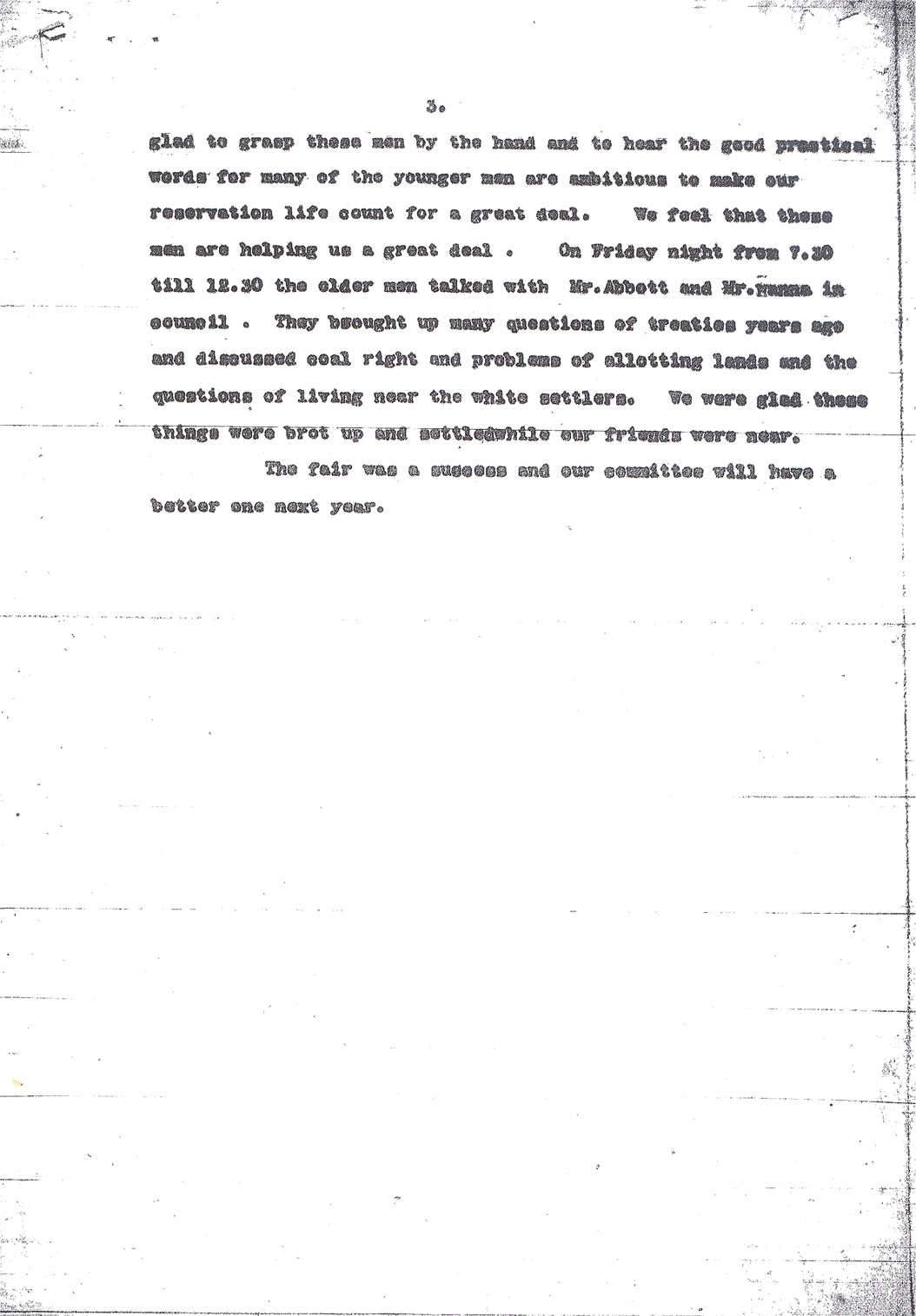 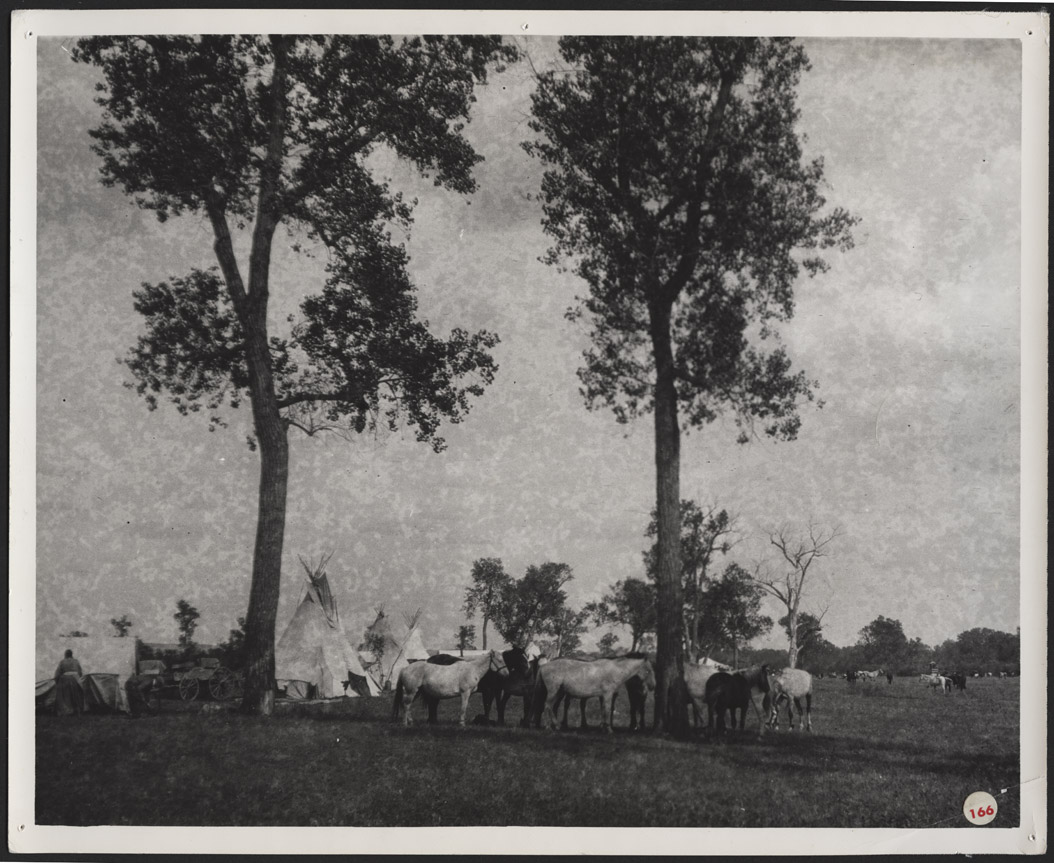 Image 7: In 1911, the Mandans, Hidatsas, and Arikaras no longer lived in villages of earthlodges. They lived on individual farms and many drove cars. However, at the fair, they formed a village of 260 tipis and enjoyed many of the traditions such as having a camp caller wake them in the mornings with the news of the day. SHSND 0086-1175. 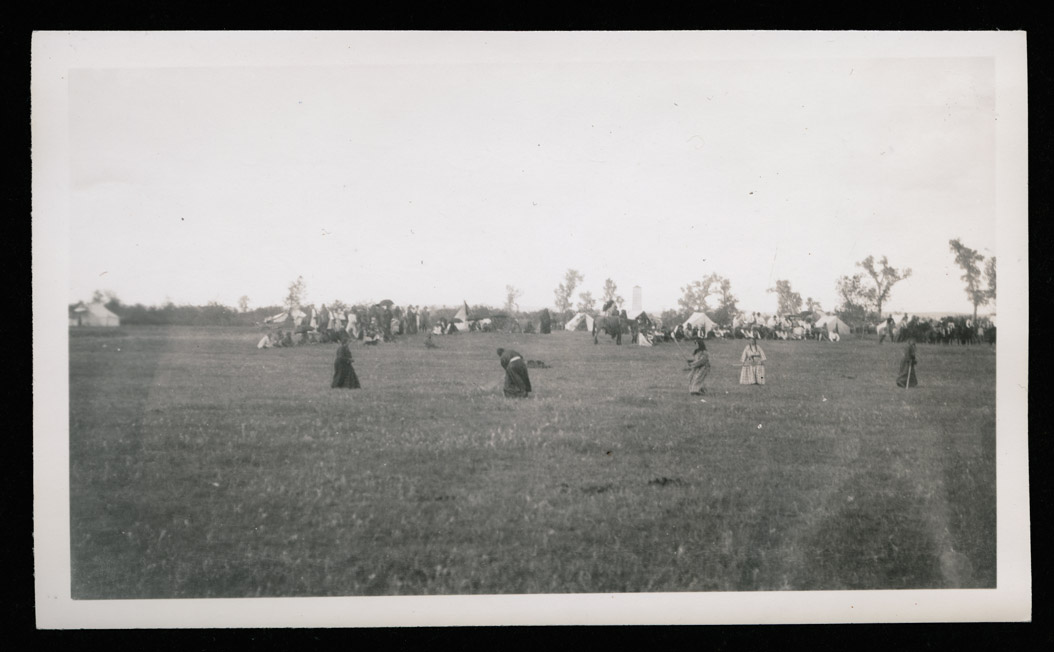 Image 8: At the Fort Berthold Fair of 1911, men, women and children played games, had horse races, and re-enacted battles. In this photograph, women appear to be playing a game in the middle of the plaza formed by the circle of tipis. SHSND 0270-156. 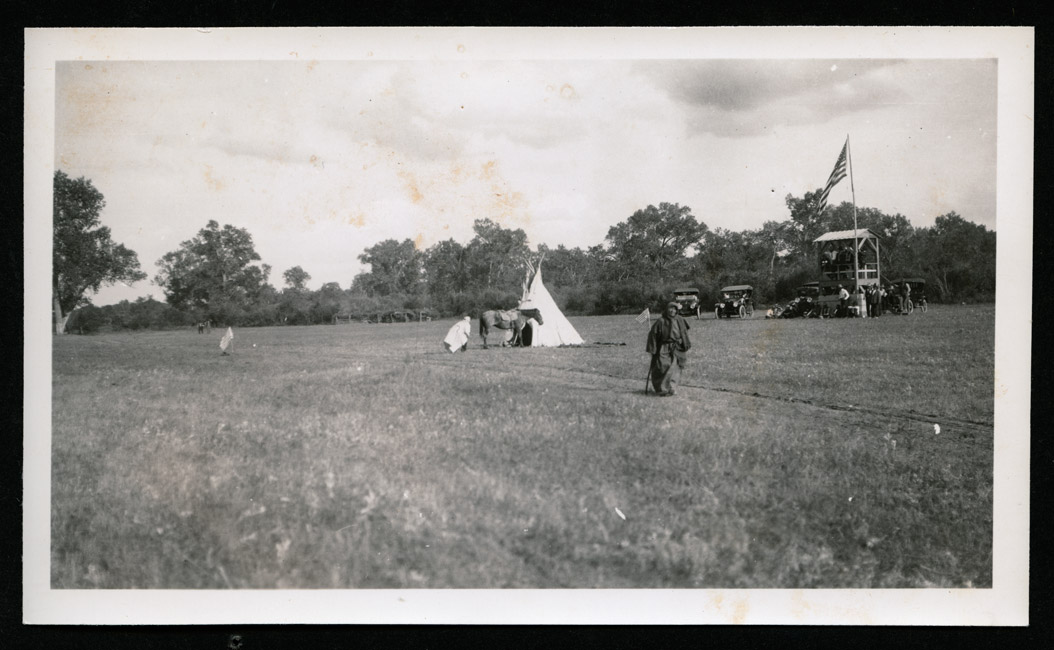 Image 9: The fairgrounds included a stand for an announcer. There was space for horseracing and games. SHSND 0270-152. 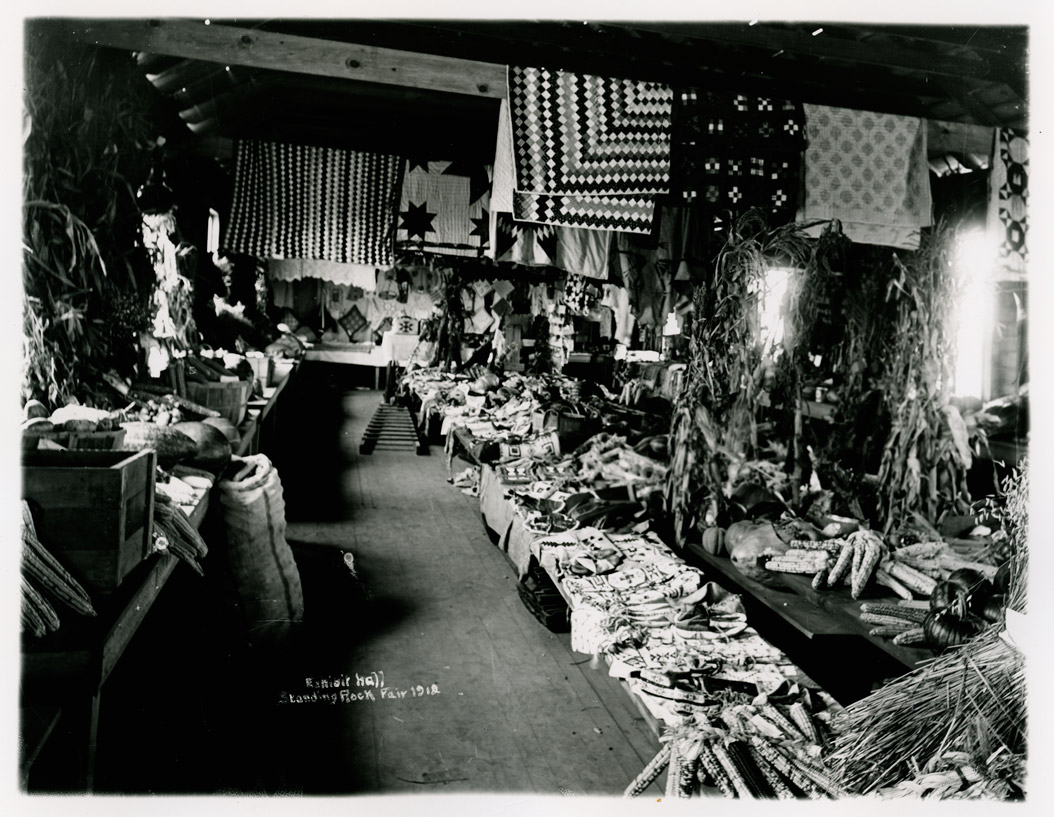 Image 10: The hall where the Standing Rock Fair was held in 1912, shows that there were many participants in the fair. Exhibits included quilts, vegetables, field crops, and beaded items. SHSND 1952-0091. 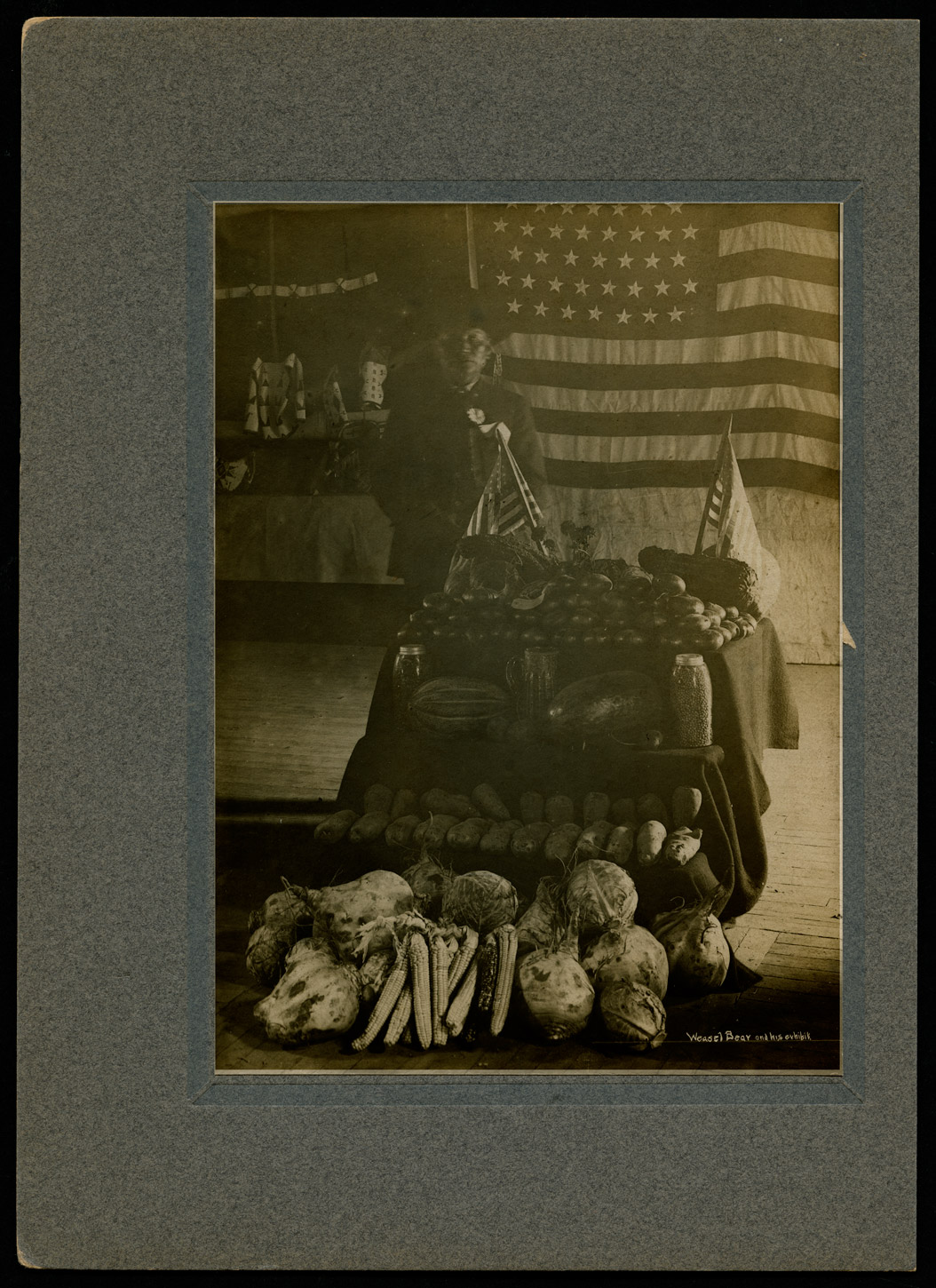 Image 11: Weasel Bear stands by his exhibit at the Standing Rock fair of 1910. In order to win a prize, the exhibit had to be organized and presented in an attractive manner. SHSND 1952-7660. 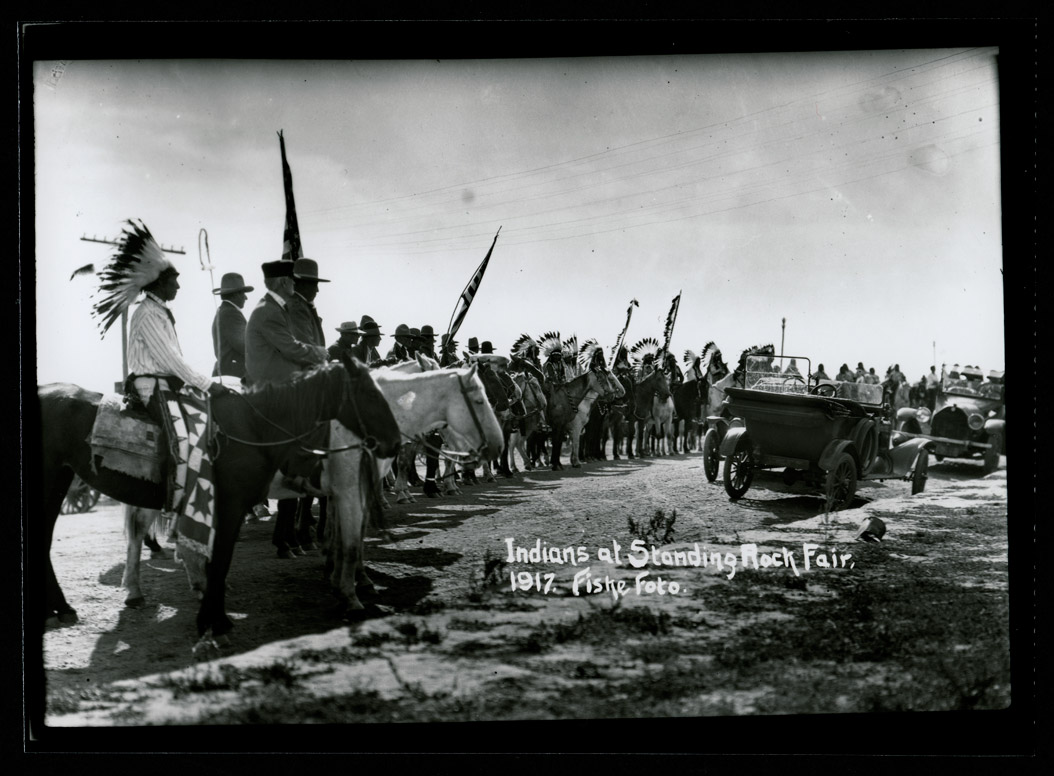 Image 12:  At Standing Rock, as at Fort Berthold, the fair included many events besides the garden displays. Some important visitors are sitting on horses just before the parade began. SHSND 1952-5861.

The displays were creatively organized. The gardens had grown well, and there was an abundance of produce and field crops. The winners in each category won a prize, or premium. First prize was usually $1.00. Second prize was 50 cents. We don’t know if the reservation agents knew that Mandan, Hidatsa, and Arikara women had been growing corn, beans, and squash in the same region for hundreds of years. Visitors to the fair, however, were pleased and surprised to see the people of Fort Berthold raising gardens and field crops.

In addition to the presentation of their vegetables and crops, the people of Fort Berthold enjoyed the opportunity to get together. Reservation rules required that they live on their separate allotments. They no longer lived together in villages as they had for hundreds of years. Getting together at the fair gave them a chance to set up their tipis or tents in the style of a village. (See Image 7.) They played traditional games, re-enacted battles, and told stories. (See Image 8.) Each morning, a camp caller, or crier, went about the village telling of the day’s news and events. Families spent time together enjoying a few days away from their work, and enjoying each other’s company. (See Image 9.)

North Dakota Governor L. B. Hanna with Acting Commissioner of Indian Affairs F. H. Abbott and other important officials attended the 1911 fair. The leading men of the three affiliated tribes sat down with these guests for a long council about matters of interest to the tribes. This was a time of celebration, but also a time for serious business. The fair impressed the visitors which gave the tribal leaders some power in their discussions with the governor and the commissioner.

Among the visitors were 40 people from Standing Rock reservation, and four people from the Blackfeet reservation in Montana. These tribes also had fairs similar to the fair at Fort Berthold. (See Image 10.) At Standing Rock, Lakota participants in the fair displayed their quilts, beadwork, vegetables, jellies, and crops. (See Images 11 and 12.)

For a few days, the Mandans,  Arikaras, and Hidatsas had a chance to live as they had in the past. They simply enjoyed a fun gathering with other people. It was a happy time.