In 1873, there was a nation-wide debate about whether a farm in northern Dakota Territory could support a family. The source of the debate was surprising. Army officers stationed at forts along the Missouri River wrote letters to New York and St. Paul, Minnesota newspapers stating that vegetables would grow or would not grow in Dakota Territory. The officers, particularly General William Hazen at Fort Buford and Colonel George A. Custer at Fort Abraham Lincoln, based their arguments on the vegetables grown at their forts. The gardens at Fort Buford would not grow without the river water that soldiers hauled to the gardens by the barrel. General Hazen believed that farmers would starve to death on Dakota homesteads. Custer, however, argued that the gardens at Fort Abraham Lincoln produced all kinds of vegetables, even tomatoes. 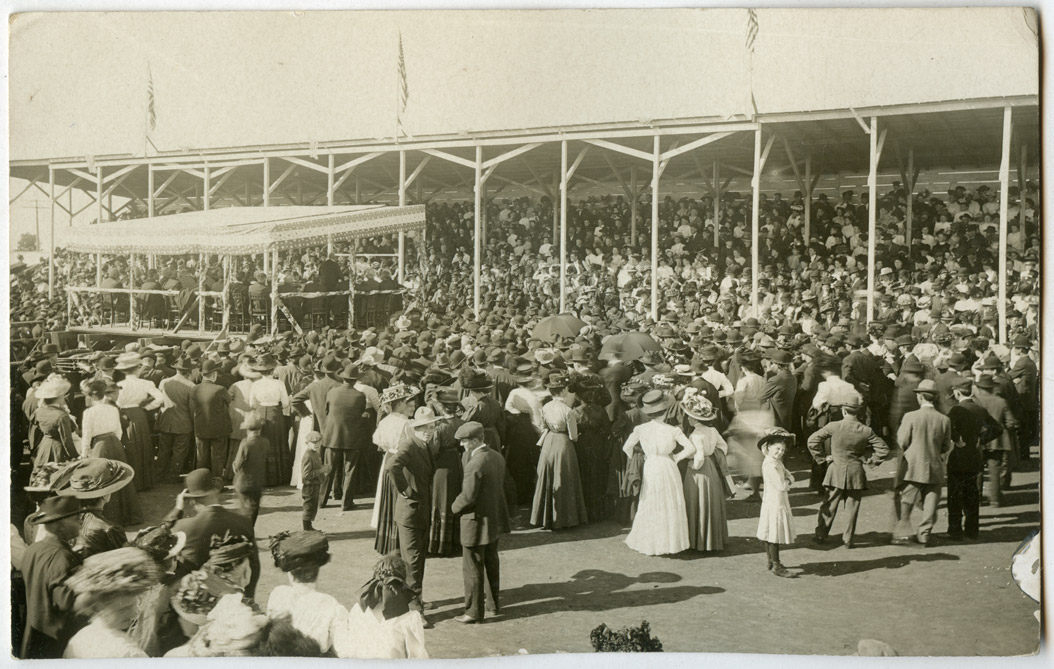 Image 1: A big crowd fills the Grandstand at the Richland County fair around 1910. SHSND RC-01. 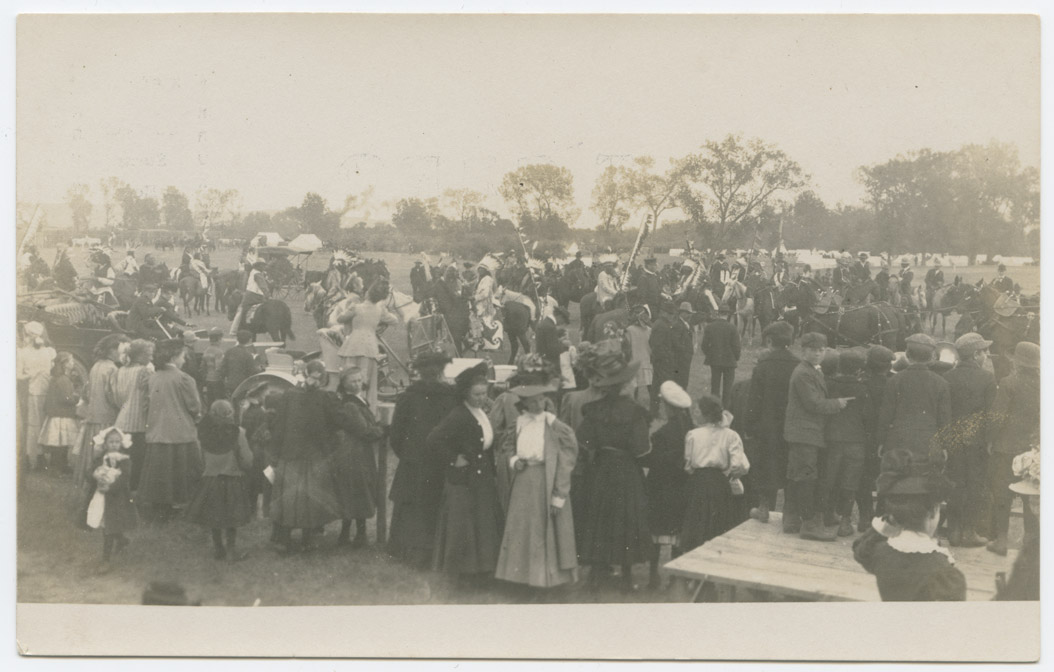 Image 2: County fairs were very popular. This big crowd at the Morton County fair in 1910 is probably watching the fair parade. Men, women, children, from cities, farms and reservations all came together at the fairgrounds. A5251-04 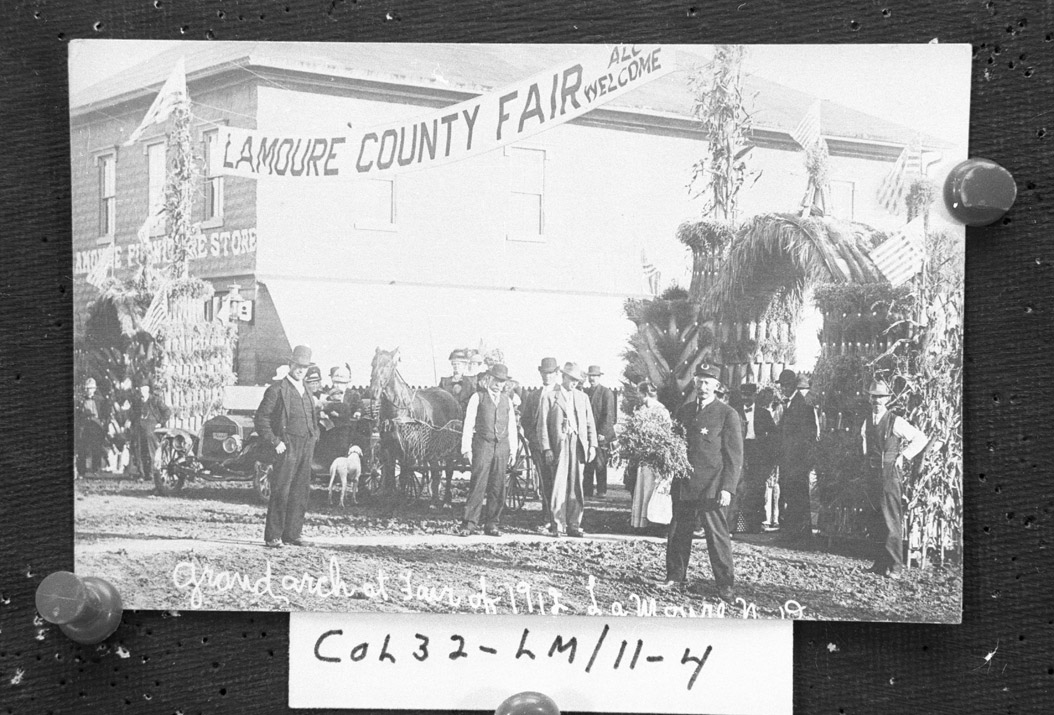 Image 3: The grand arch at the LaMoure County fair in LaMoure shows a beautiful arrangement of field crops to welcome visitors to the 1912 fair. SHSND 0032-LM-11-04.

In the midst of these debates, the earliest settlers brought their garden and farm produce to fairs. A fair was a way to demonstrate the productivity of farms and gardens on the northern Great Plains. The earliest fairs were held in the Red River Valley where rain falls more regularly. (See Image 1.) The first fair was held in Fargo in 1873. Fargo hosted another fair in 1874. By the 1890s, Morton County, west of the Missouri River, was hosting an annual fair. (See Image 2.) The fairs proved to be the best answer to the debate about gardening on the northern Great Plains. Healthy and prosperous families brought garden produce and field crops to the fairs. (See Image 3.)

The list of fair premiums tells us a lot about what would grow in North Dakota. The variety of vegetables shown at the fairs included tomatoes, potatoes, beans, peas, carrots, cabbages, turnips, kohlrabi, lettuce, spinach, squash. Sweet corn was not listed until the 1920s. Zuchini did not appear until the 1960s. But in the 1890s, there was tobacco and even, in one year, cotton.

Fairs were a good way to show off garden vegetables, field crops, and livestock. (See Images 4 and 5.) It was also a way for the gardeners, farmers, and ranchers to get together to talk about their work, their families, their lives. (See Image 6.) Communities grew when people knew that they could make a living in agriculture or industry. 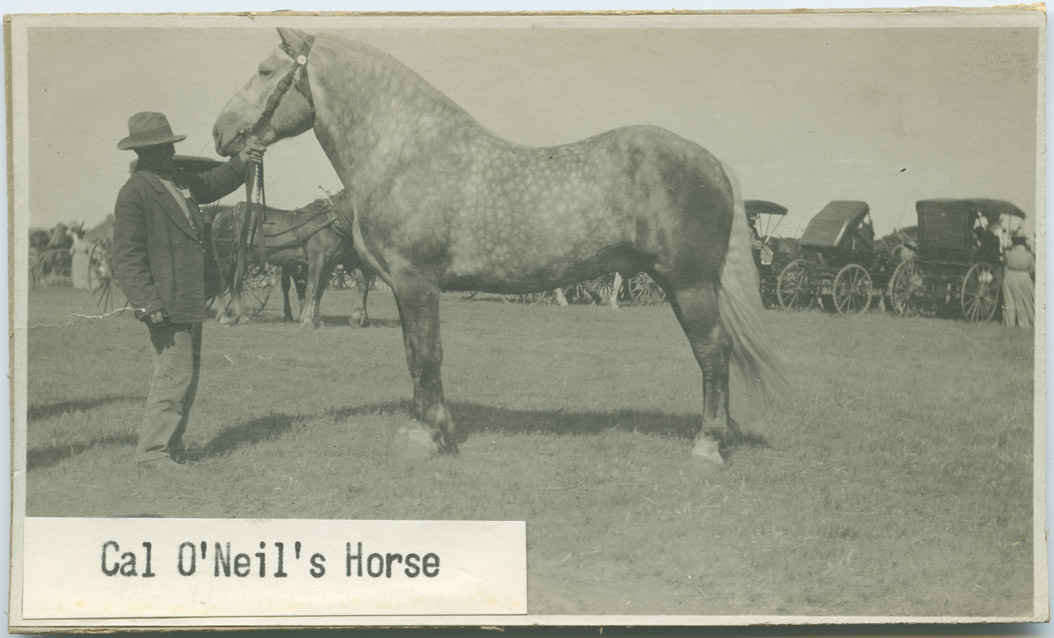 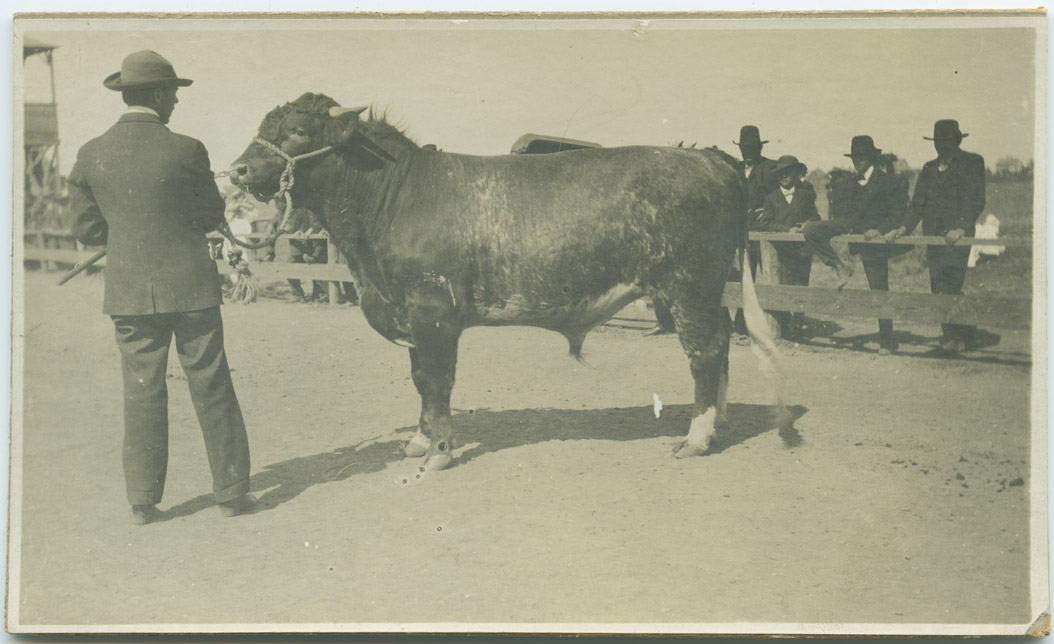 Image 5: Cattle, horses, sheep, pigs and other livestock were shown at the county fairs. If this bull won a prize, he might have been sold for a good price. SHSND 2010-P-031-81. 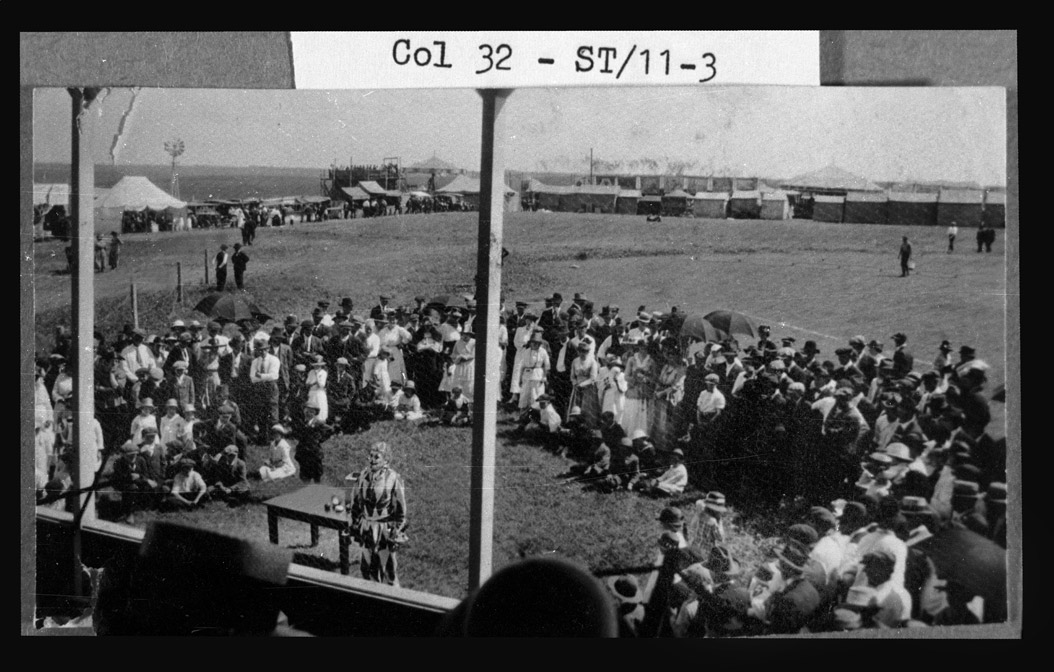 Image 6: County fairs were about improving livestock and crops, but entertainment was important, too. At the 1912 Steele County fair, a clown addressed the crowd in the grandstand. SHSND 0032-ST-11-03.

By the 1890s, young people were encouraged to join in fair activities by participating in Corn Clubs, Pig Clubs and other agricultural organizations for youth. Eventually, 4-H exhibits became a very important part of county fairs and the state fair. These clubs were also the most important social organization for rural boys and girls.

By 1911, fairs became an important social and agricultural event on Indian reservations. The fairs were probably started by the reservation agent. Indians brought garden vegetables, canned goods, and field crops to show at the fair. The elders met to discuss their concerns about events on the reservations. Indian fairs were similar in some ways to county fairs, but also allowed the tribes to celebrate their heritage with traditional games and meals.

Why is this important? Fairs were an important element in building communities. Fairs displayed the economic advantages of a county. Fairs were also a place where people built or renewed social and economic relationships. A county fair invited people from other counties, even other states, to visit. Some of those visitors stayed to build homes and raise their families. Fairs, like churches and schools, were part of the glue that held a community together.