Mandans and Hidatsas were farming people. In the middle of the nineteenth century (around 1862), the Arikaras moved north to be near the Mandans and Hidatsas. The Arikaras were earthlodge dwellers who raised crops. The women of the three tribes raised corn, beans, squash, sunflowers and other crops in plots along the edge of the Knife and Heart Rivers. As successful farmers, they had enough food to keep their families fed from one season to the next. They also had surplus, or extra, supplies of corn and beans that they could trade to people who did not raise crops. 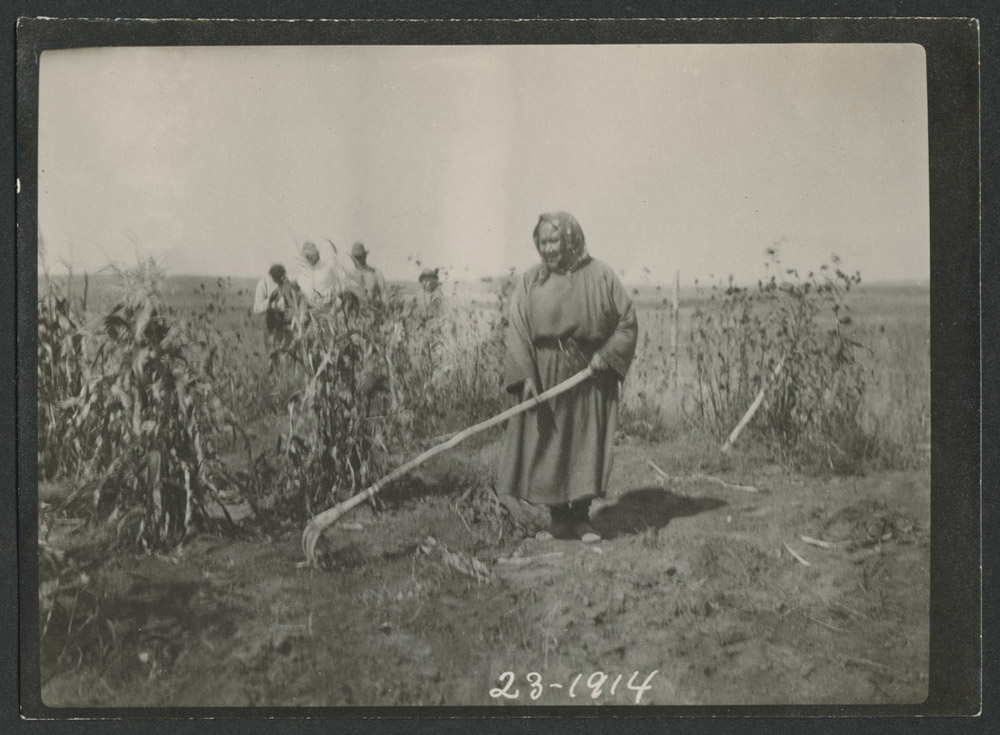 Image 3: A woman living at Fort Berthold in 1914 demonstrates how to tend a garden with an antler rake. Though metal implements were available, some elderly people preferred to maintain their independence by using traditional tools that they made themselves. SHSND 0086-0296 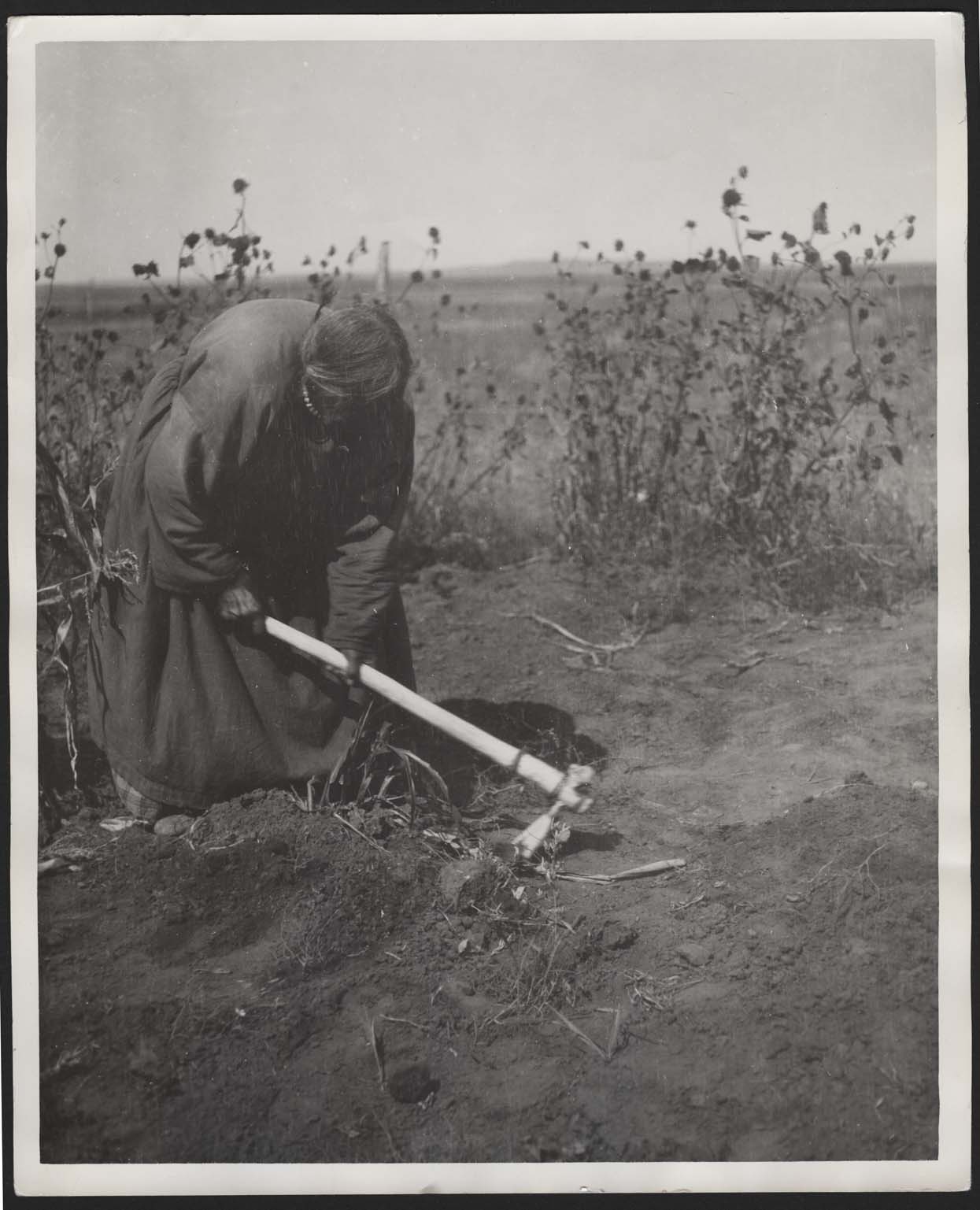 Image 4: This elderly woman hoed her garden with a scapula (shoulder blade) hoe in 1914. Though metal hoes and other modern garden tools were available, she still knew how to make a traditional hoe and used it in her own garden. She would have planted seven or eight seeds in a hill of corn. SHSND 0086-0316

The women worked plots of three to five acres on the low banks of the rivers. (See Image 3) They planted and harvested according to traditions established by their foremothers. (See Image 4) The children helped to keep birds, deer, and other predators away. The women preserved their crops by drying them in the sunshine. Then the dried vegetables were placed in underground cache pits for long-term storage.

In 1885, the agents at Fort Berthold told the Mandans, Hidatsas, and Arikaras to leave their homes at Like-A-Fish-Hook village and “scatter them[selves] out on farms.”   Over the next two years, many families located land where they could farm. 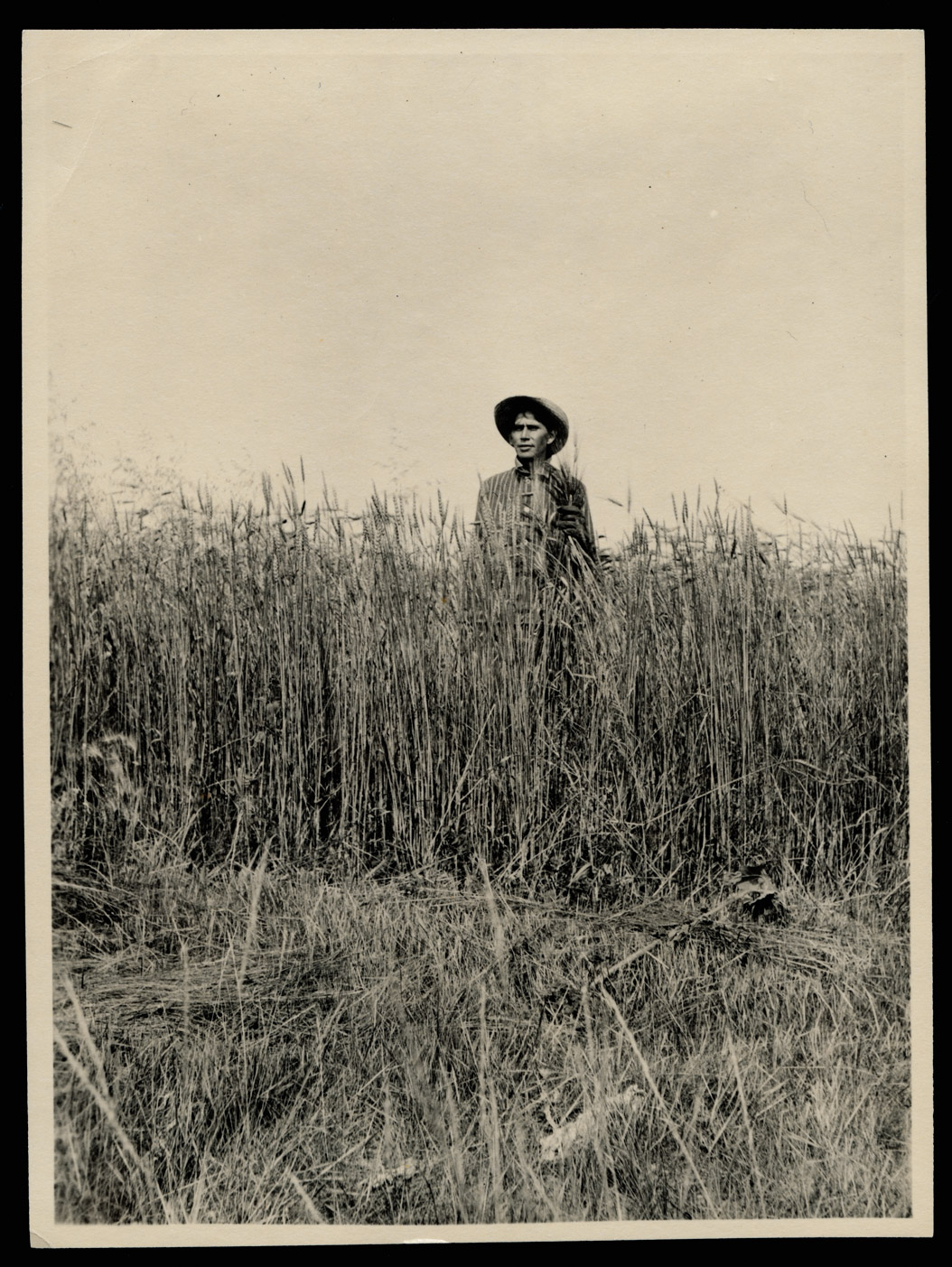 Image 5: The Mandans, Arikaras, and Hidatsas took up wheat farming around 1900 under the direction of the federal Farmer-in-Charge. James Holding Eagle, a Mandan, was proud of his 1915 wheat crop. SHSND A1469-0001

These farms were different from those that the women had tended before reservation days. Each family had 160 acres to farm. The man was expected to do the farming. They used equipment pulled by horses. By 1915, many Fort Berthold farmers had tractors, engines, binders, and other large-scale farm equipment. Now men raised wheat, oats, and flax, just as their non-Indian neighbors did. (See Image 5) They packed their harvested grain in sacks and loaded the sacks into wagons. They drove into Hebron or other towns to sell the crop at the grain elevator. Edward Goodbird reported that his family earned $20 for each wagonload of grain.

The new farms created a different way of life for the Hidatsas, Mandans, and Arikaras. They lived on separate farms instead of in a village. There was no one nearby to help teach their children adult ways. Each family had to manage the farm work alone.

Farming in the fields was difficult at Fort Berthold. The upland hills did not receive much rainfall. Irregular rain, early frosts, and poor soil quality meant that their farm crops failed often. By 1911, the reservation agent recommended that farms be restricted to smaller plots of corn, potatoes, and vegetable crops. The elders knew this was, and always had been, the best way to farm. These were the crops and the methods that had always worked well for the three tribes. The rest of their land was best used for grazing of livestock.

In 1911, when the Fort Berthold Reservation held its first fair, men brought crops from their fields to demonstrate their success at farming. Women brought foods that they had prepared including jellies, breads, and cakes. These were not traditional foods, but those they had learned to make with new foods like sugar and flour. 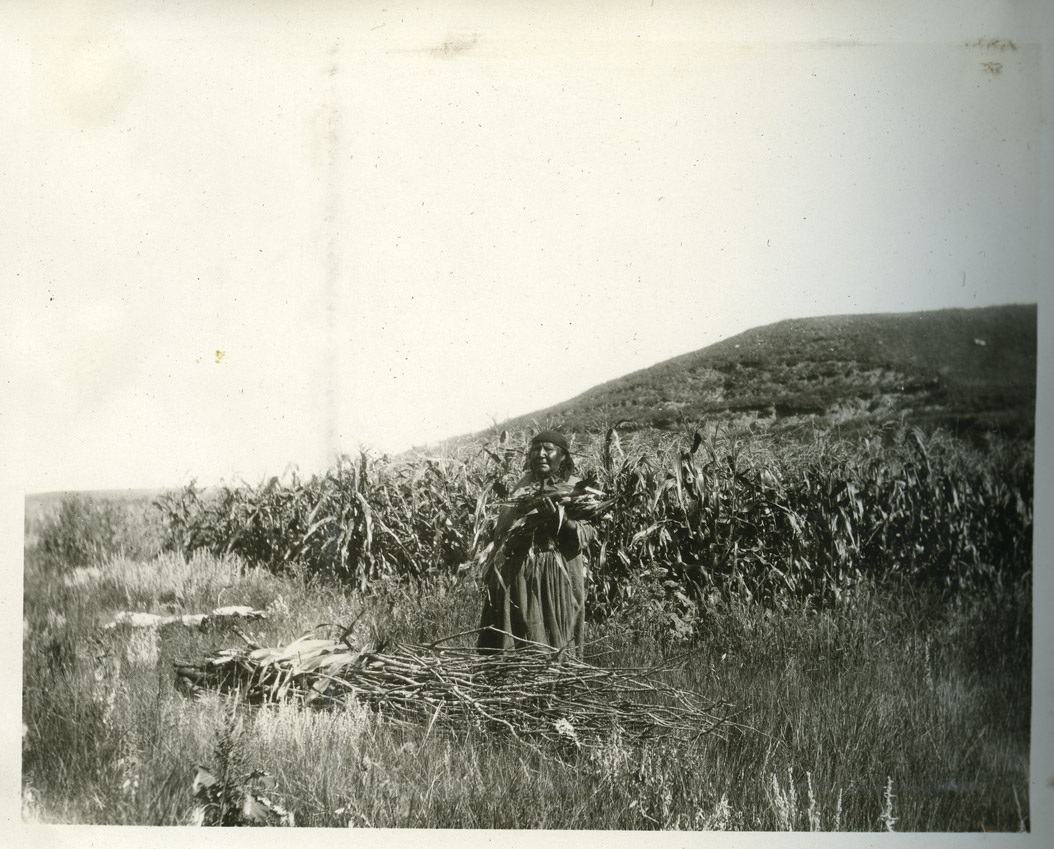 Image 6: Though Arikara men were farming and ranching by 1900, many women maintained their traditional family gardens. SHSND 10190-76-01-245

However, first prize for corn at the 1911 fair went to Maxidiwiac (ma HEE dee WEE ah), who was also called Buffalo Bird Woman. She was proud of her corn which was “cultivated with a hoe, exactly as in old times” because it showed how well the old ways worked. (See Image 6)

Maxidiwiac’s son, Edward Goodbird, tried farming for many years. He found some success, but later switched to ranching. Late in his life he said he owned 4,000 acres and cattle and horses.

Why is this important?The transition from traditional farming to large-scale farming with machinery changed the way the people of Fort Berthold made a living. Farming introduced them to a new economy. They sold their grains and livestock in town where cash, not corn, was the medium of exchange. They learned to use the cash to buy the things they needed instead of making by hand everything they used. However, they found that their traditional methods of cultivating corn and other vegetables was more successful than raising small grains in the dry hills.

Cattle ranching seemed to be similar to some of their traditions. Cattle grazed the grasses on the hills, just as bison had before 1883. Beef cattle took the place of bison in their food supply and in the economy of the Fort Berthold. They sold their cattle for cash in a nearby market.