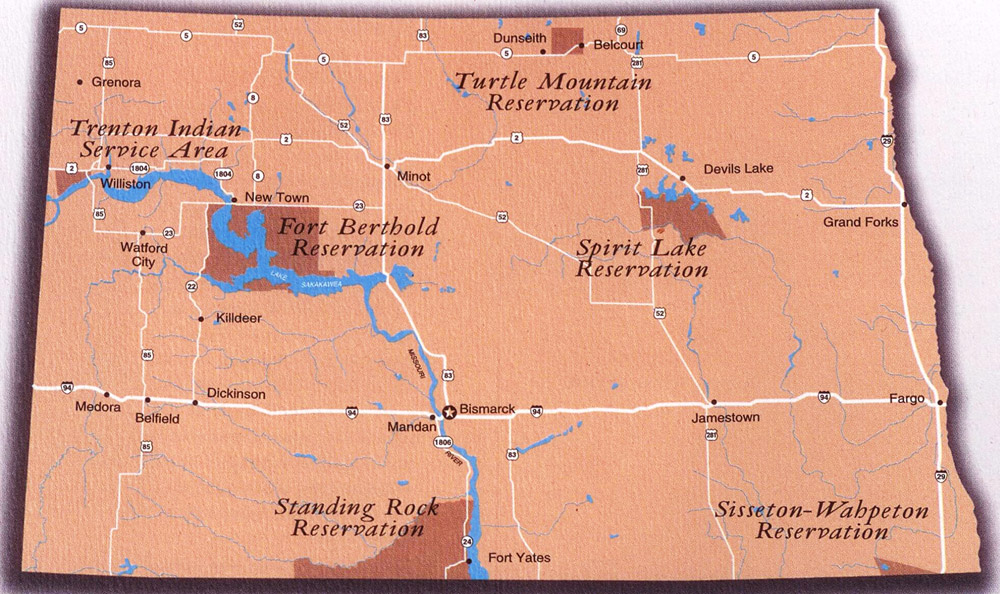 Map 1: There are five Indian reservations or parts of reservations in North Dakota. All of the tribes saw their reservations reduced in size during the 19th or 20th centuries. This map shows the current shape of reservations. Buffalo Bird Woman and Wolf Chief lived on the Fort Berthold Reservation long before the Missouri River was dammed. All reservation residents were expected to take up farming, send their children to school, and live in houses made of lumber. Courtesy, North Dakota Indian Affairs Commission

Before 1860, each of these tribes had pursued ways of making a living (economies) based on the resources available to them. The sedentary tribes raised crops, hunted, and traded. The nomadic tribes hunted and traded. They worked appropriately for the season which means that they did most of their hunting in the late summer and early Fall. They raised crops in the spring and summer. Other means of making a living such as making and decorating clothing, extracting Knife River flint, or trading took place when time allowed.

There were, however, new resources available to tribes through trade and through their federal annuities.Annuities refers to the annual payments, usually in goods, that Indian tribes received in exchange for the land they ceded (gave up) to the federal government. Annuities usually included food, clothing, farm equipment, guns for hunting, knives, kettles, and household goods such as cloth, thread, and needles. The annuities were usually distributed for several years as required by the treaty. The date of distribution was announced and the people would gather at the agency storehouse to await the goods the government owed them. Metal goods were welcomed. Stoves heated their houses and cooked their food. Women found the metal kettles to be efficient in cooking. 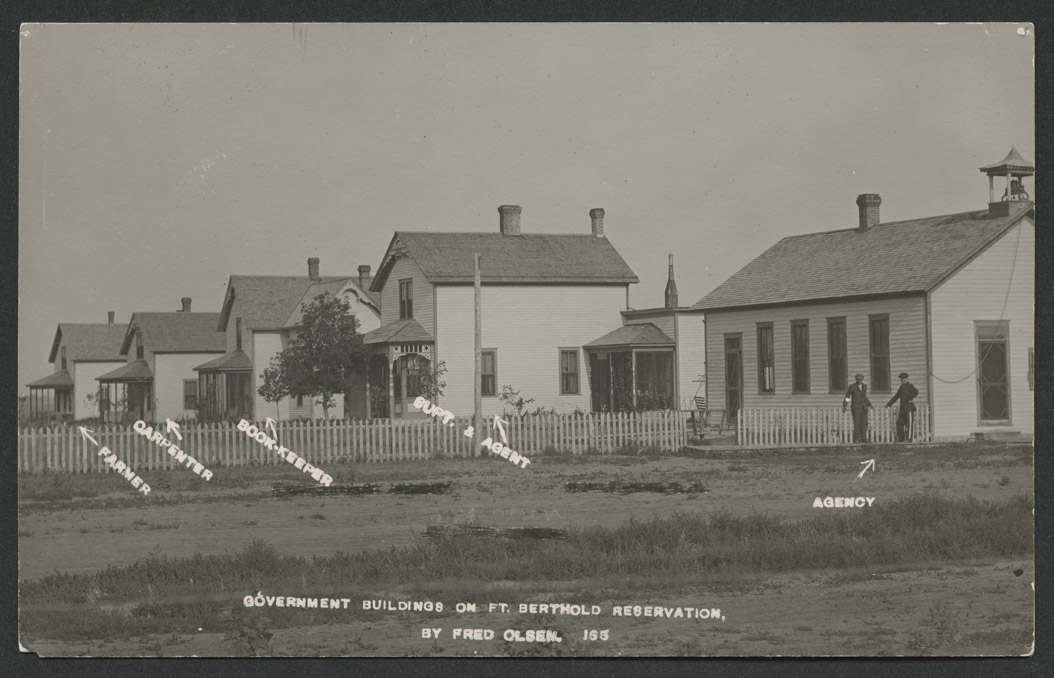 Image 1: Federal reservation agents worked in this building at Elbowoods on the Fort Berthold reservation. The homes where the agents lived with their families were nearby. One agent took care of tribal business; one was the supervising farmer. There was a carpenter who worked on agency buildings. There was also a “matron” who helped women with household and family concerns. SHSND A0860 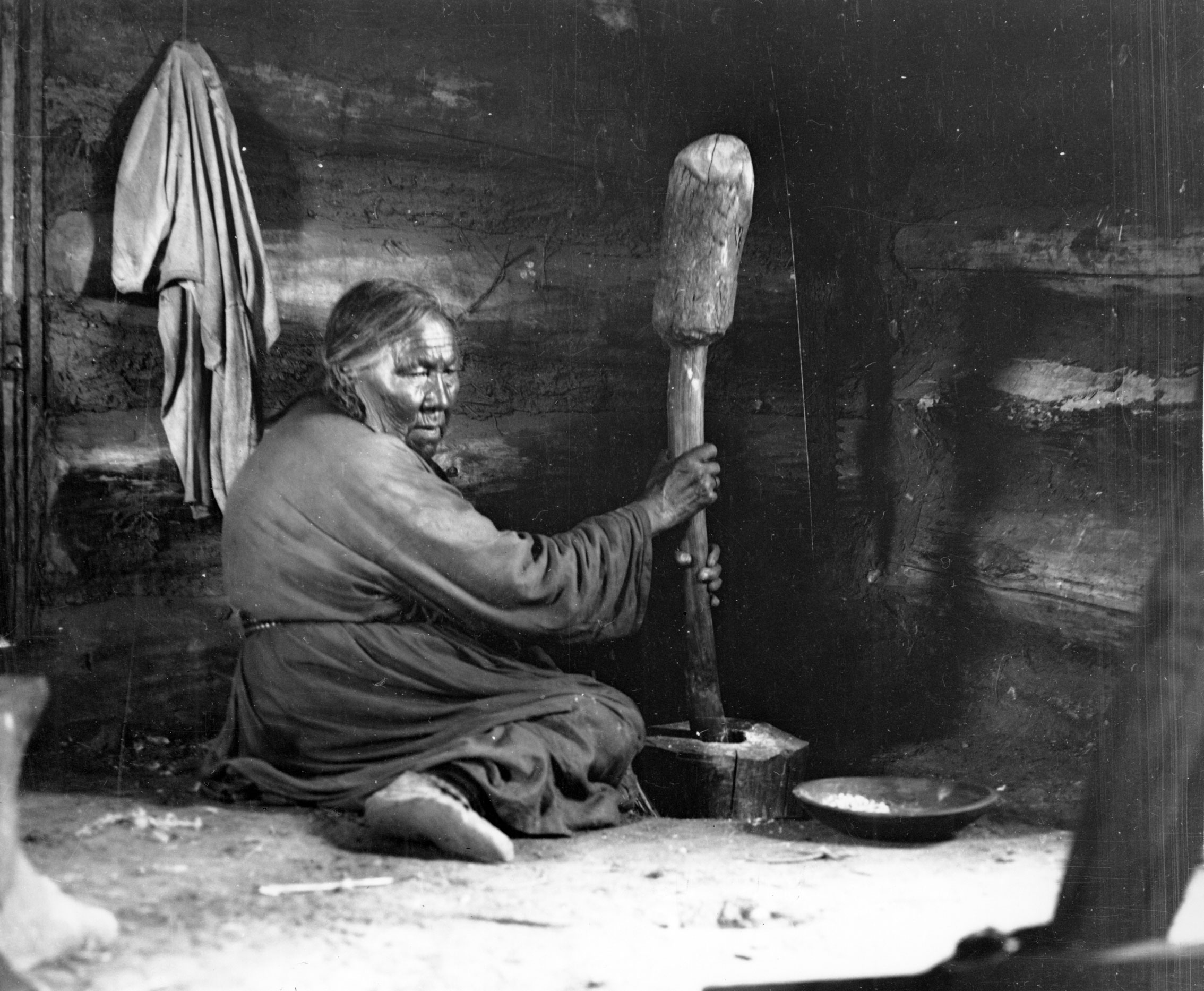 Image 2: Women used a wooden mortar and pestle to grind corn into meal. This woman probably raised the corn in her own garden. In 1916, when this photograph was made, people used trunks and burlap sacks to store food and clothes instead of traditional parfleches and cache pits. This woman probably preferred the traditional way of preparing corn. SHSND 00086-000443

The federal government assigned agents to each reservation. (See Image 1) Missionaries often established churches and schools on the reservations. Both agents and missionaries taught the Dakotas, Lakotas, Chippewas, Mandans, Hidatsas, and Arikaras new skills that would help them adjust to life on the reservation. Sometimes these skills, such as farming or blacksmithing, helped to provide food, clothing, or housing for the tribes. Some skills generated income through sales to non-Indian visitors and tourists. Indians did the work necessary to help their families survive, but many found it difficult to learn new ways and to give up traditions that had given them a comfortable life for thousands of years. (See Image 2)