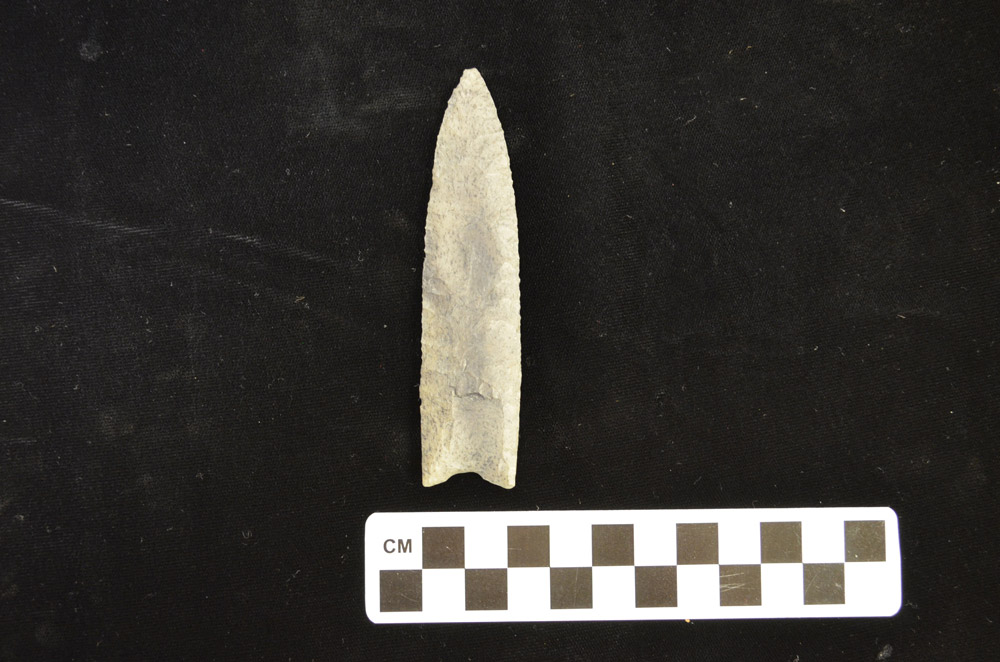 Image 4: Clovis Point. This small Clovis point (about 4 inches long) shows the flute at the dull end where it would be fitted into a spear or dart. This Clovis point does not appear to be made of Knife River Flint. This point is a reproduction of an ancient stone point. SHSND Archeology and Historic Preservation. 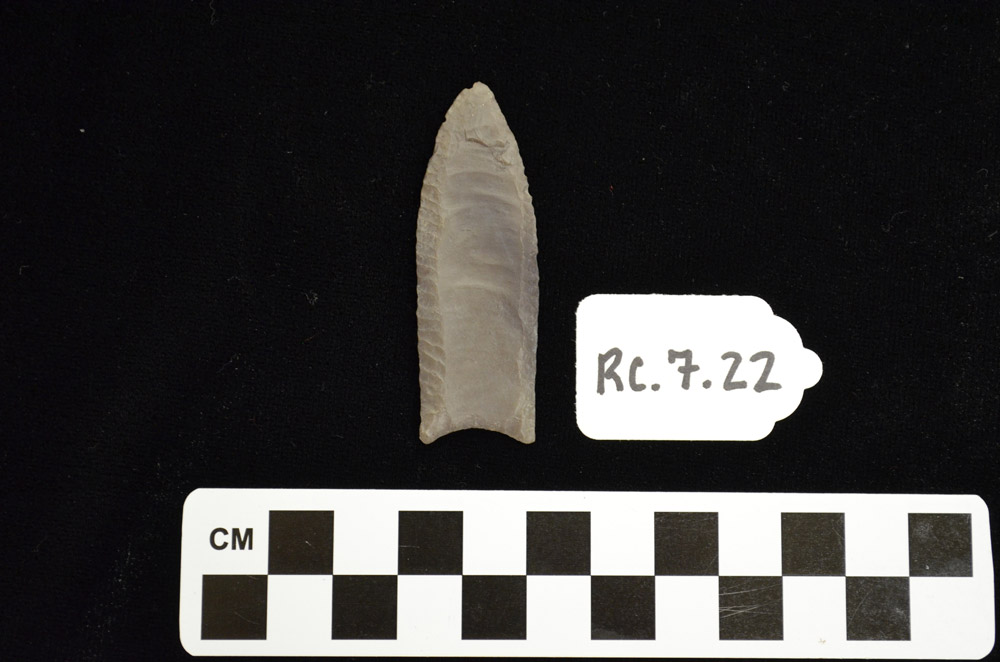 Image 5: Folsom Point. This Folsom point is about 2.5 inches long. The long flute (indentation) was an innovation for this type of point. This is a reproduction of an ancient stone point. SHSND Archeology and Historic Preservation. 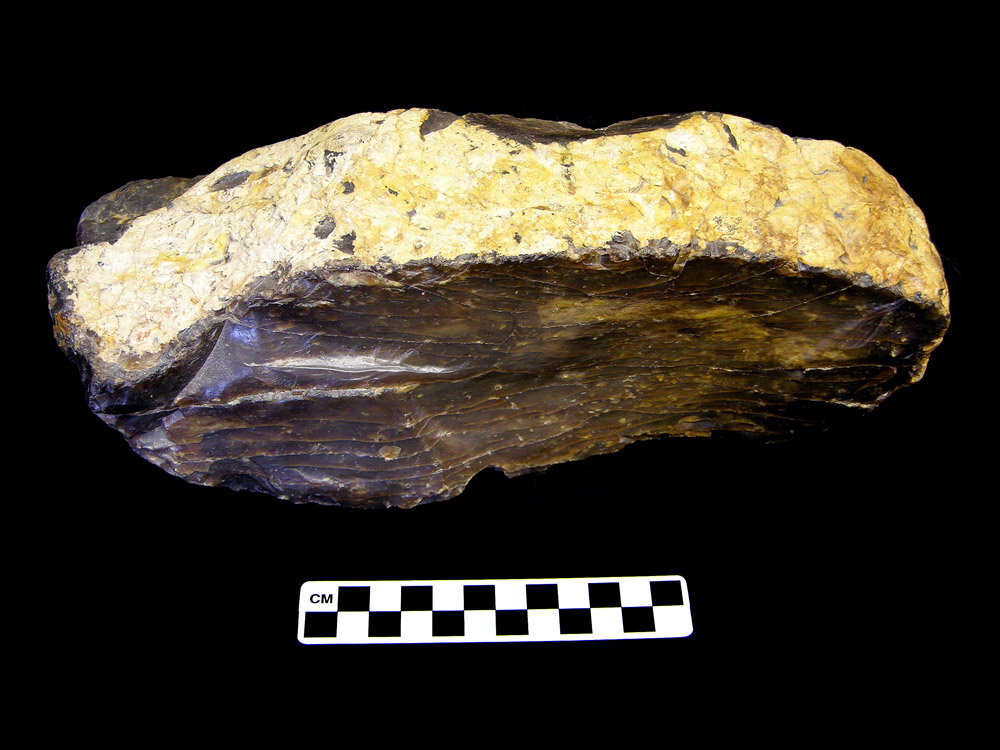 Image 6: This is a piece of Knife River Flint. It is distinct from other types of flint. Knife River Flint is caramel-colored and very smooth. It often has a whitish coating. The stone breaks in much the same way that glass does. These stones were highly valued for making spear and arrow points for more than 10,000 years. Most of the Knife River Flint that has been found in archaeological sites came from the quarries in Dunn County. SHSND Archeology and Historic Preservation. 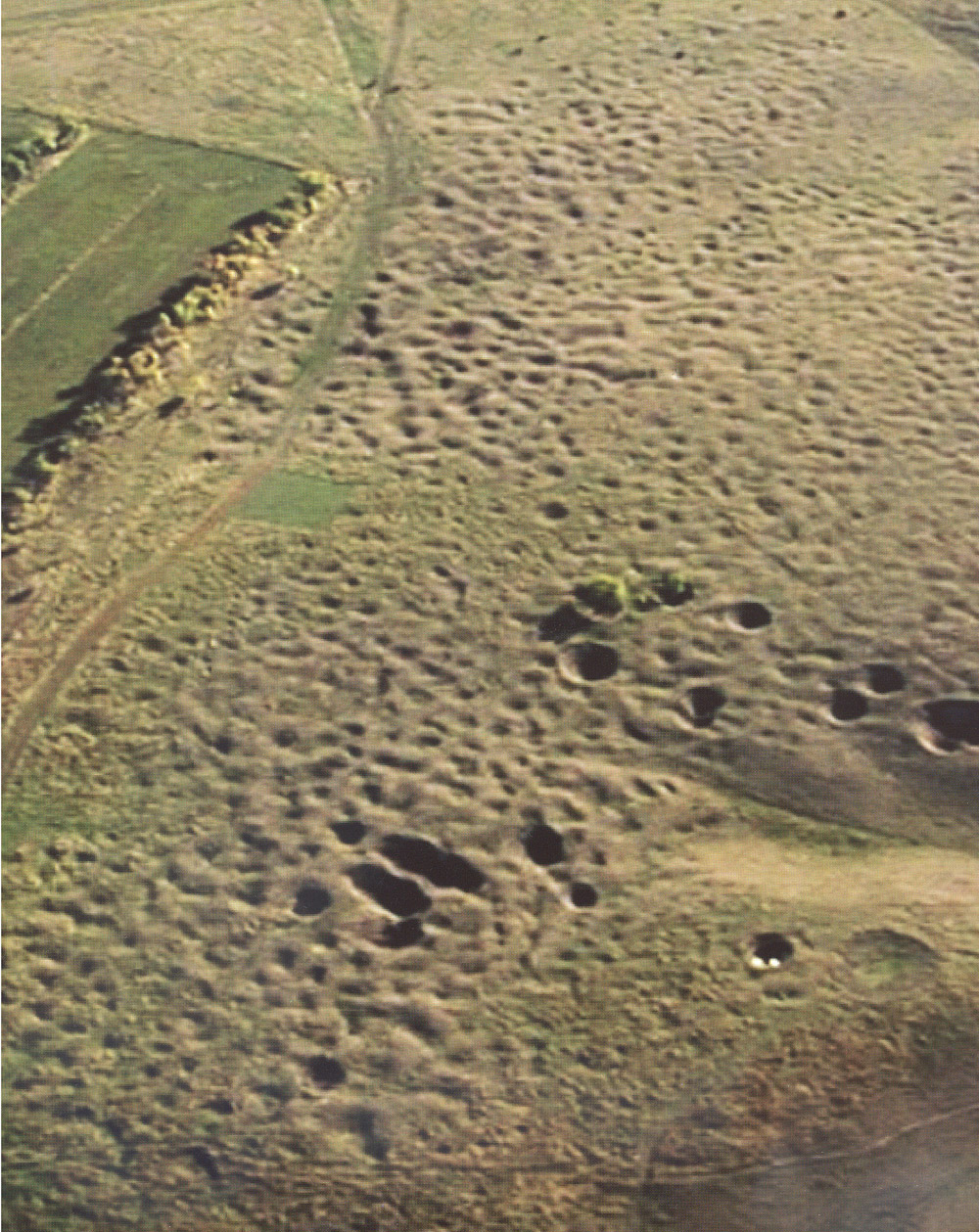 Image 7: The Knife River Flint quarries were worked by families. Each returned to a particular spot whenever they returned. Today, the quarries are covered with grass and a few granite stones sit near some of the pits. The granite was used to break off pieces that could be carried. Thousands of years after People began to use Knife River Flint, coal miners worked this area. Some of the pits have collapsed into coal mines. This accounts for the deeper holes you see in the photograph. SHSND. 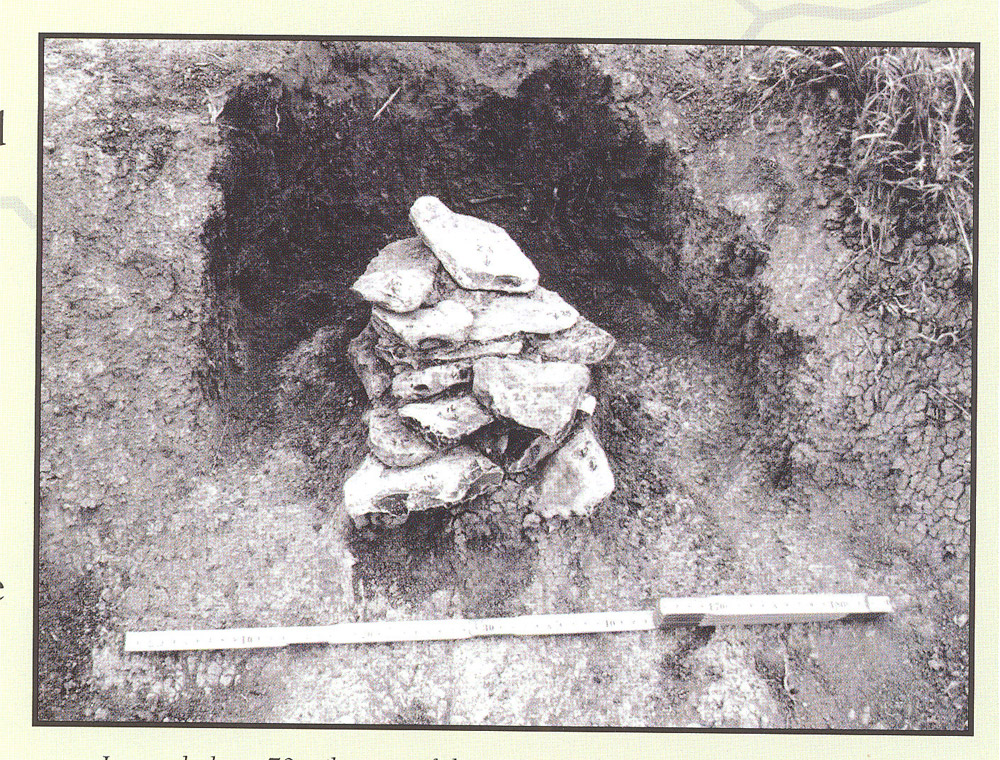 Image 8: These Knife River Flint rocks were stored by someone hundreds or thousands of years ago. The person who set these aside, probably expected to return one day and use these “blanks” to make more points. SHSND. 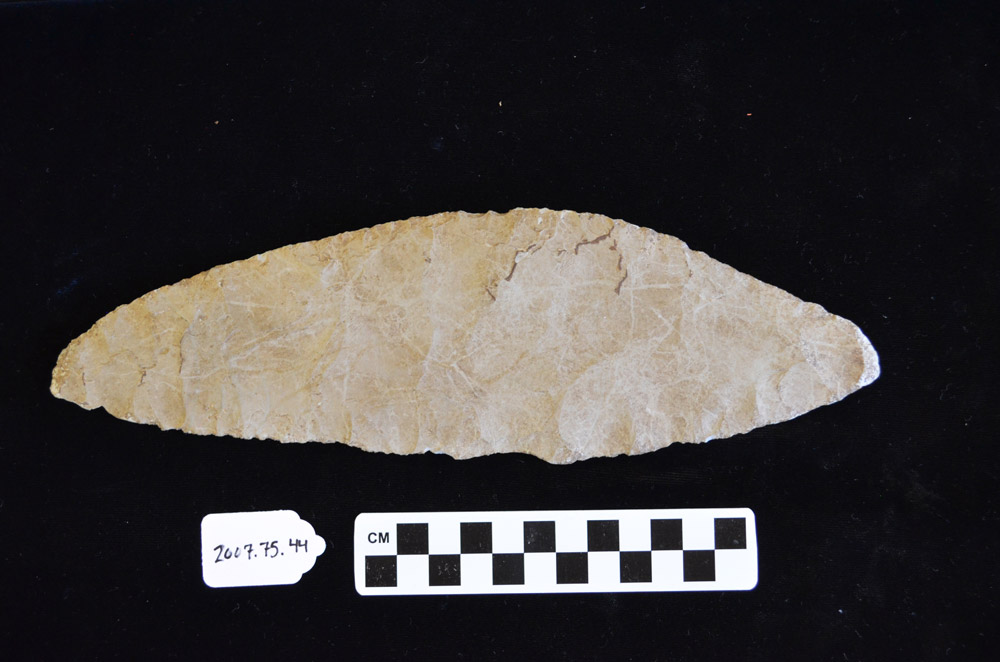 Image 9: Scraper. In addition to making points for weapons, the People made other tools such as knives and scrapers. This scraper might have been used to remove the hide from a carcass or to slice meat for drying. SHSND Archeology and Historic Preservation. 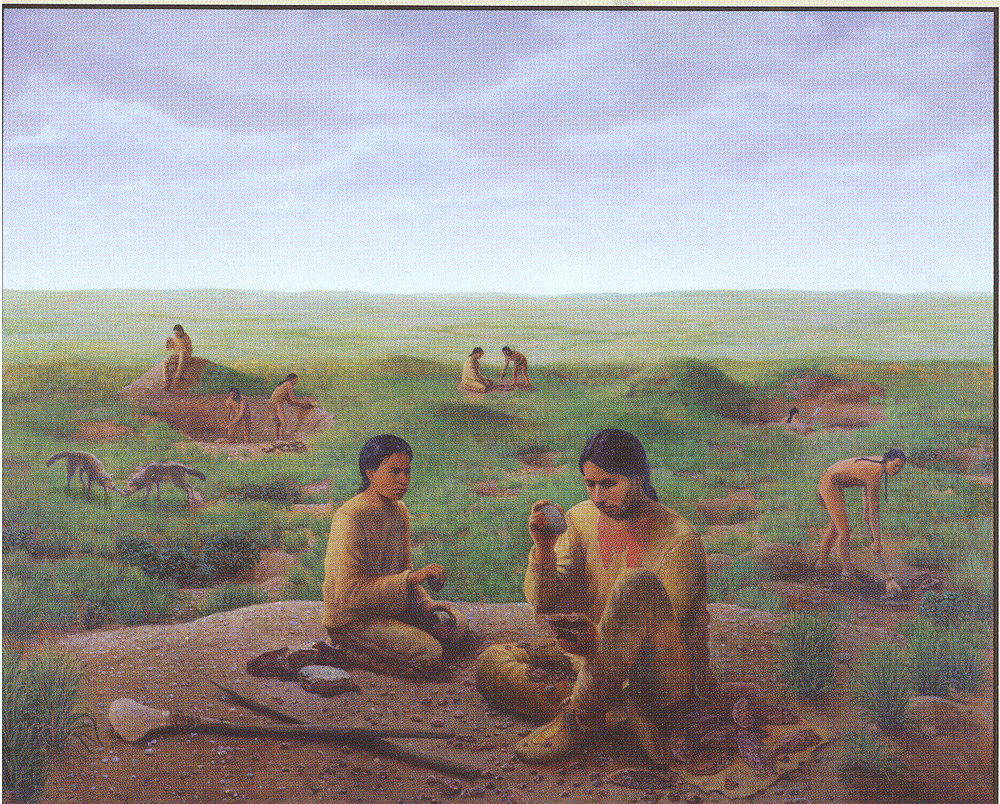 Image 10: People at Flint Quarries. An artist imagined how people might have worked in small family groups to mine the flint at the Knife River Flint quarries. The People might have stayed for several days or returned several times over a period of weeks to acquire the stones they needed. The People returned year after year to get the best flint for points in this region. SHSND. 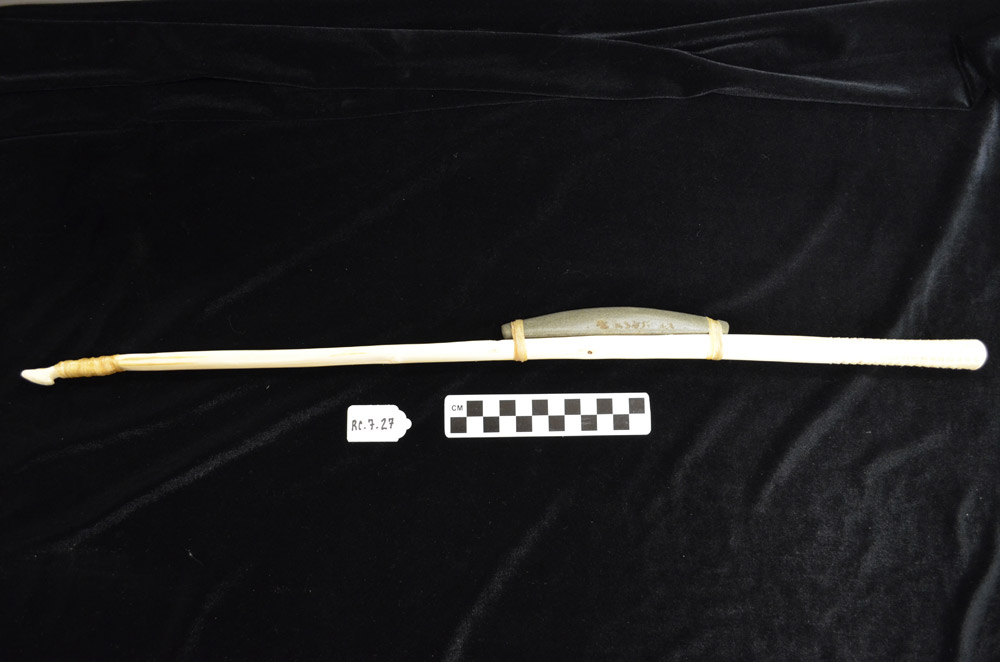 Image 11:  The atlatl, or throwing stick, was used to propel a dart or spear farther and with greater force than could be done without an atlatl. Atlatls were used all over the world by hunter-gatherers to make hunting more efficient. The spear was fitted against the notch in the end (left side). The stone added weight to the atlatl which made the tool even more effective. The thrower held onto the atlatl while the spear flew off the tool into the air. This is a replica of an ancient atlatl. SHSND Archeology and Historic Preservation. 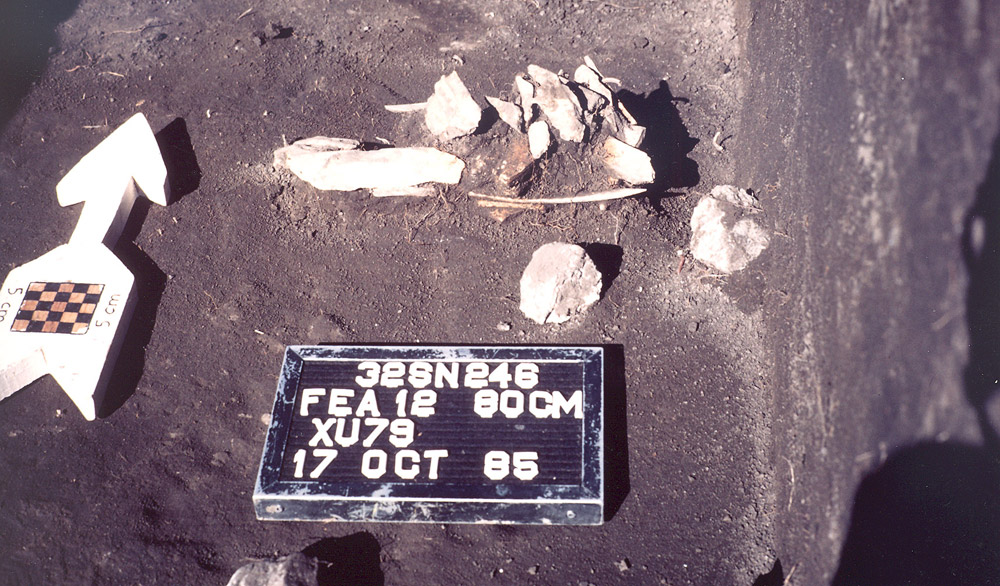 Image 12: When archaeologists excavated an ancient house now called the Naze House, they found a stash of bones that had been set aside for making tools. SHSND Archeology and Historic Preservation.

Archaeologists classify ancient People according to the tools they made and used. TheClovisArchaeologists often speak of the “Clovis culture” or “Clovis People,” but there is really no evidence that the People who hunted with the Clovis points actually shared a culture other than making a specific style of stone point. We don’t know if they spoke the same language, lived in the same kind of houses, or shared a religious view. We only know that they made the same type of tools. are known for making a certain style of large, fluted stone point. Points were attached to a wooden spear to use as a weapon. Clovis points were beautifully designed to have sharp edges and a sharp point. The maker chipped an indentation, called a flute, at one end of the point so it would fit snugly into a spear or dart shaft made of wood or bone. (See Image 4.) The stick was split at one end, and some pine resin was applied to the stone. The tool-maker would then press the dull end of the stone projectile point (the sharp tip of a weapon) where the flute had been chipped out into the split wood and wrap the wood tightly over the stone piece using a piece of sinew (a small piece of animal tendon).

Points were made from smooth stones such as flint, chert, or obsidian. The People would chip these stones into the proper shape using stones, bones, or antlers as the chipping tools. This process is called knapping.

Clovis points have been found all over North America. Some points are about the size of a man’s hand; others are as large as a man’s forearm. These large points made it possible for the People to hunt the great beasts of the Pleistocene. Some points have been found near the fossilized bones of mammoths indicating that the People hunted these huge beasts for food. These stone points are the only evidence we have of the Clovis culture. We don’t know if all the people who used Clovis points shared cultural qualities or if they borrowed the technology from one another. Caution!Caution! It is not a good idea to go searching for ancient artifacts. Federal and state laws protect ancient objects from theft. If you happen to find an interesting stone point, contact the State Historical Society of North Dakota for advice.

Folsom points are usually smaller than a man’s hand. They have a longer flute (shallow indentation) than the Clovis point. (See Image 5.) The flute runs almost the entire length of the point. The unpointed end tends to be a bit narrower than the rest of the point. It is hafted (attached) to the wooden rod in much the same way as the Clovis point. Around 8,000 years ago, People began to make different kinds of points. Few People made the Folsom type of point; it was replaced by other styles and those were, in time, replaced, too.

Ancient hunters propelled small spears with the help of an atlatl (at-LAT-ul). The atlatl, or spear thrower, was a small stick with a small notch at one end. The hunter would set the end of his spear or dart into the notch and then propel the spear toward the target. The atlatl added distance and power to the spear. (See Image 11.)

The People of the Clovis and Folsom cultures also made knives, scrapers, and other sharp-edged tools using similar techniques. The People also made tools of bone and antler. (See Image 12.) Some bone tools were used for digging. (See Image 13.) Other bone tools, called awls, were used to puncture holes in leather. (See Image 14.) People used stones to grind seeds and roots into digestible foods. One stone was held in the palm of the hand to grind against a larger stone that had an indentation to hold the seeds.

Around 600 A.D., North American Indians began to make and use bow-and-arrow tools. This was a great technological advance over the spear. The tension of the bow caused arrows to travel much faster,  farther, and with greater accuracy than spears. Arrowheads were smaller than spear points, so a flintknapper could make many more arrow points than spear points out of a piece of flint. (See Image 15.) A hunter could carry one bow and many arrows. Hunters were more efficient and accurate with a bow and arrow than with a spear. 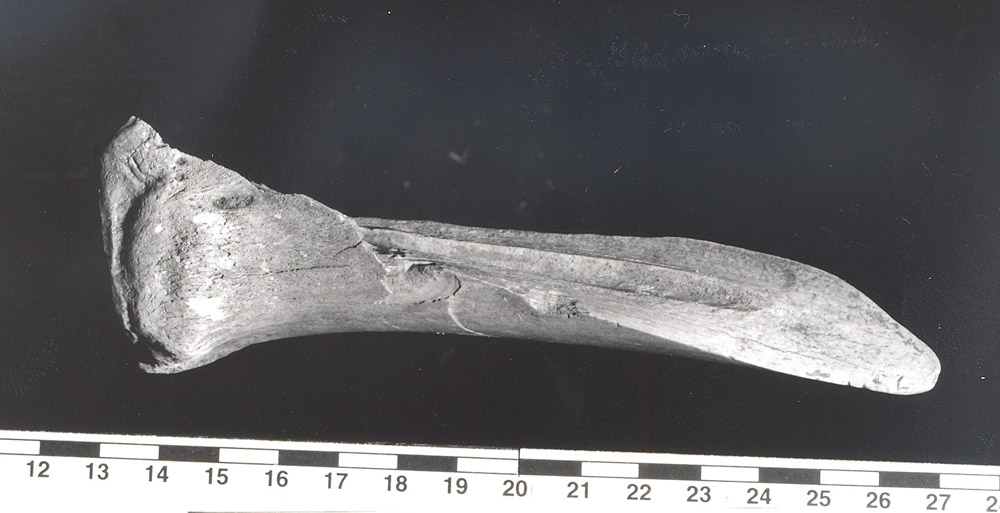 Image 13: This bone from the leg of a large animal, was shaped to use as a digging tool. Digging tools might be used to open a quarry pit or to make a hole in the ground to set a post. Menoken site, SHSND Archeology and Historic Preservation. 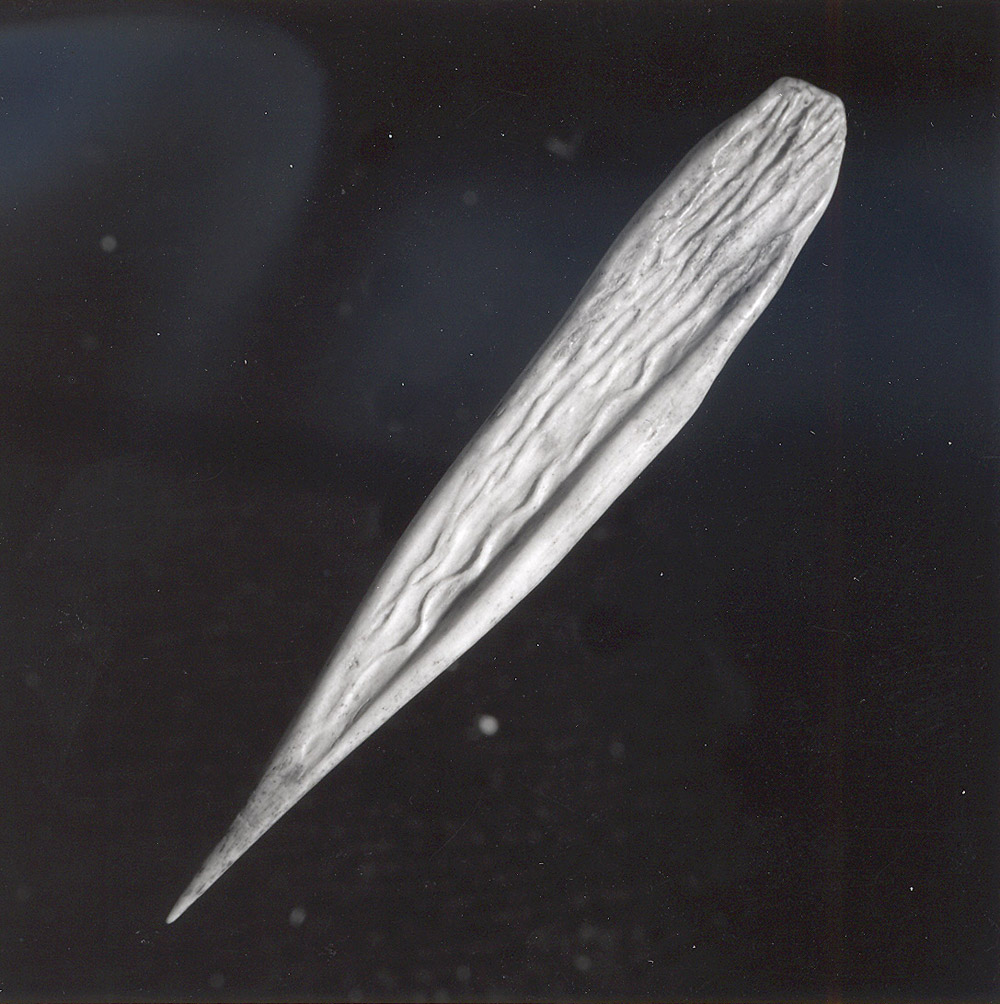 Image 14: This long bone has been sharpened to a point to make it into an awl. Awls were used to puncture holes in leather. Once the holes were formed, the leather pieces could be joined with strips of sinew (animal tendons) to form clothing or other objects. Menoken site, SHSND Archeology and Historic Preservation. 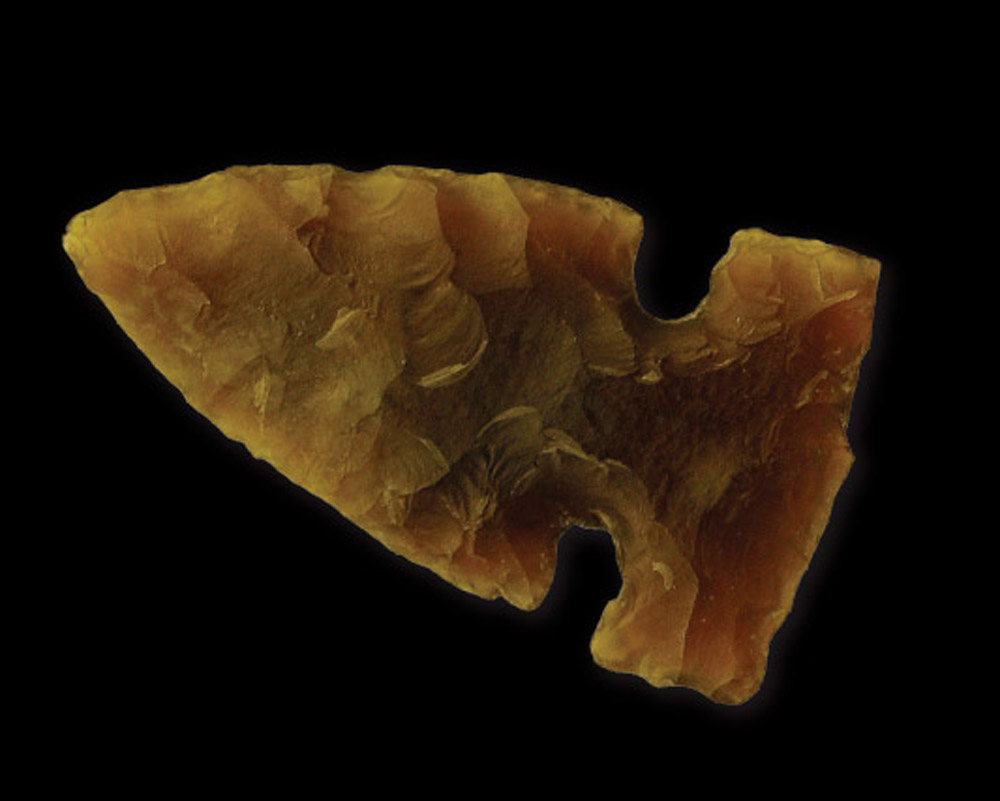 Image 15: This arrowhead or point was made from Knife River Flint. It was made in the historic period (after 1700), but it is very similar to arrowheads from an earlier time. Bow and arrow weapons came into use after 600 A.D. The bow put more force and distance into the projectile. SHSND Archeology and Historic Preservation.

Why is this important?  Points and other tools tell us that the early people of North Dakota were meat eaters who hunted the great beasts of the plains. It is likely that they also gathered plants, including roots and fruits, to add to their meat diet. The cutting and scraping tools made from flint and other smooth stones were useful in processing game and in preparing plant foods. In addition, the earliest people had to defend themselves from predatory animals with the same weapons they used for hunting. Because they were able to shape stone and bone into tools, they were able to take advantage of the food sources the environment offered them.

We can assume that men taught tool technology to their sons and shared their technology with other People as they traveled. However, there came a time when People decided that the old technology did not work anymore. They designed new points and other technologies to suit the changing world they lived in.