Because we know so little about the People who lived in North Dakota in the ancient past, archaeologists have created a system for identifying groups of People by the tools they made. (See Image 3.)

The most ancient group of People, those who lived here from about 10,000 B.C. to about 5,500 B.C., were called Paleo-Indians (paleo means “very old”).  The People who made Clovis and Folsom projectile points were Paleo-Indians. 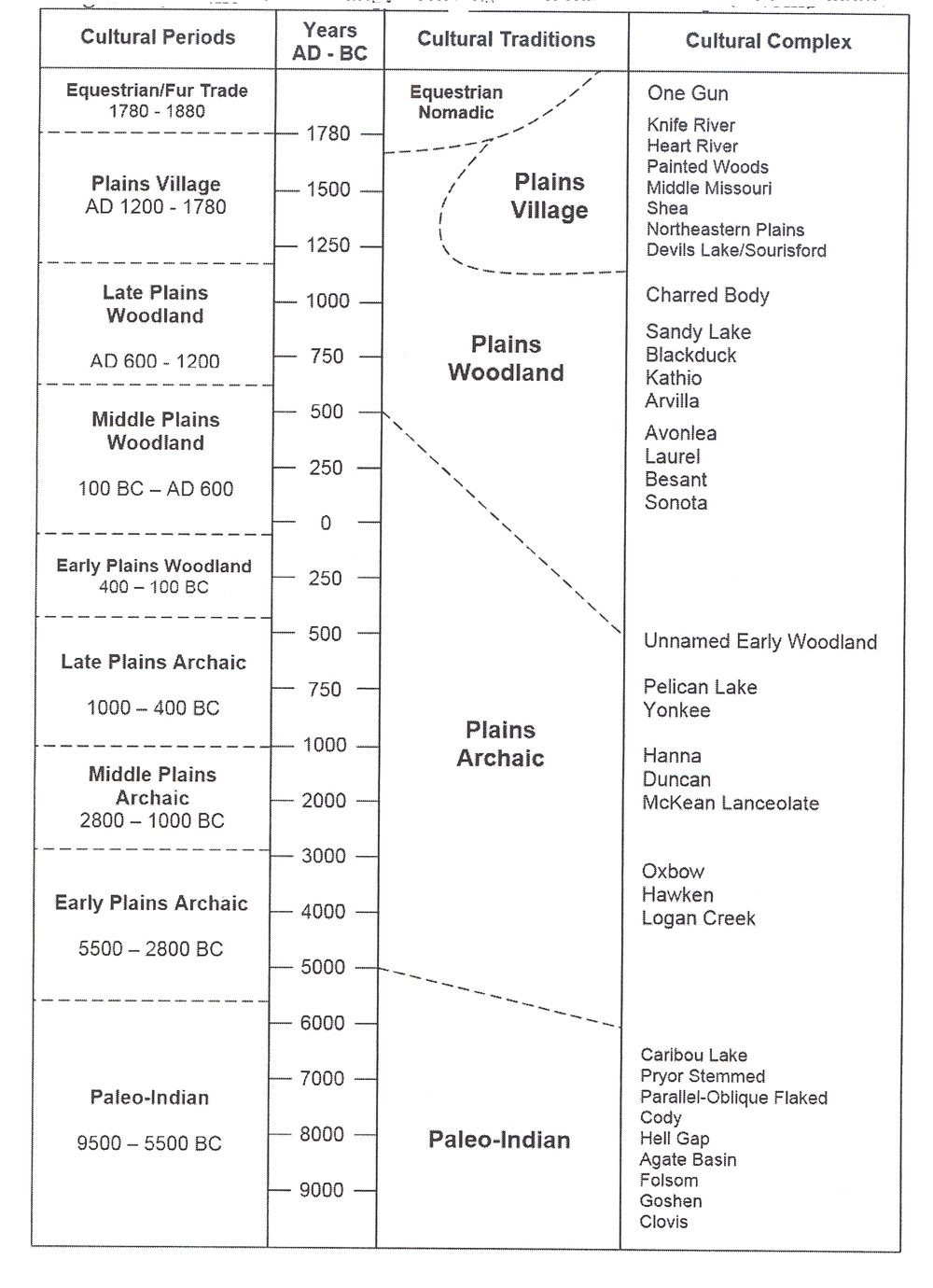 Image 3: Archaeological chart. This chart gives us the dates of the various cultures of People who lived in North Dakota from about 10,000 years ago to the historic period (18th century). The cultural complexes in the right-hand column represent cultural changes that occurred as People migrated into North Dakota and adopted different lifestyles. The cultures are identified by the tools they made. SHSND Archeology and Historic Preservation.

There are a couple of significant cultural traditions that identify the Woodland culture. One Woodland tradition was the way they buried their dead. Instead of placing the remains of someone on a platform or under rock, they buried their dead in the ground and constructed a mound of earth over the grave. Sometimes the mounds were shaped like animals. These were called effigy (EFF-ih-gee) mounds. People used some of these mounds for 1,000 years or more. Another identifying characteristic was the development of pottery. People of the Plains Woodland tradition made clay pots which they used to cook and carry or store water. These large pots (as much as two feet tall and one foot across) could be placed in a fire to heat food or water.

After 1200 A.D., there was a distinct division in Plains cultures. Some Peoples maintained a nomadic lifestyle. They hunted and followed the great herds of bison. They lived in tipis that were ideal for their mobile lifestyle. Their travels allowed them to engage in trade with many other Peoples. Through trade, they were able to obtain everything they needed for a comfortable life. The nomadic lifestyle was well-adapted to life on the Great Plains.

The other major cultural group adopted the Plains Village tradition (1200 to 1885 A.D.). These People built and lived in permanent villages. The Plains Village culture appears to have evolved directly from earlier Woodland cultures. Over two or three hundred years, the People who became the Mandans moved from the forests of Minnesota to the Plains of North Dakota. They made their houses with wooden beams covered with grass and dirt.

Why is this important?   While we know that there were different cultures living in North Dakota in the past, we know very little about those who lived here before 1200 A.D. We don’t know what they called themselves, what language they spoke, or what their relationships with other groups were like. We do know that several cultures lived in North Dakota over a period of 13,000 years or more. These cultures can be distinguished by the way they made tools, the kind of economies they pursued (farming or hunting/gathering), and by the way they made their houses. The archaeological system for organizing the present knowledge of ancient Peoples helps us to understand how different cultures came to be and how they changed and adapted to new conditions over time.