Humans entered North Dakota just before the end of the Pleistocene Epoch. The glaciers were still melting east of the Missouri River. Where the glaciers had melted, there were extensive wetlands. The earliest People in North Dakota arrived around 13,000 years ago. They traveled from Montana or Wyoming into North Dakota. They stopped around the present-day Beach area long enough to make some tools and then moved on. They came here to hunt large game animals and did not stay in one place very long. 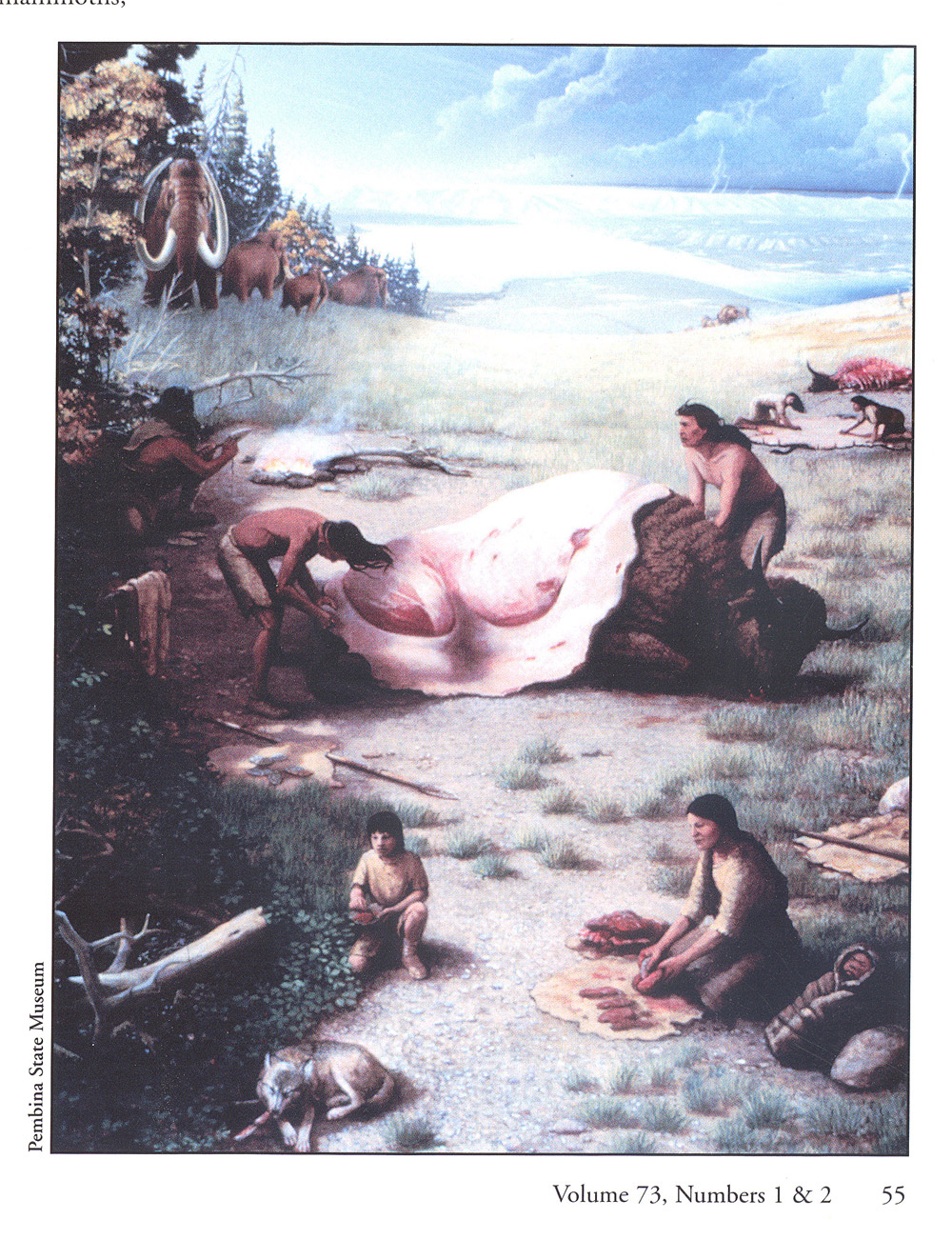 Image 1: Bison Hunters. This painting of People using Clovis points to process a bison kill is the product of the artist’s study of archaeological records. The man on the left, near the shrubs, is preparing a spear for attacking the Mastodons that are approaching. Men are skinning and removing the meat from the carcasses of several bison. They are using stone knives. The woman who is slicing meat to be dried is also using a stone knife. This group of People is probably made up of a few families who worked and lived together. SHSND Pembina Museum. 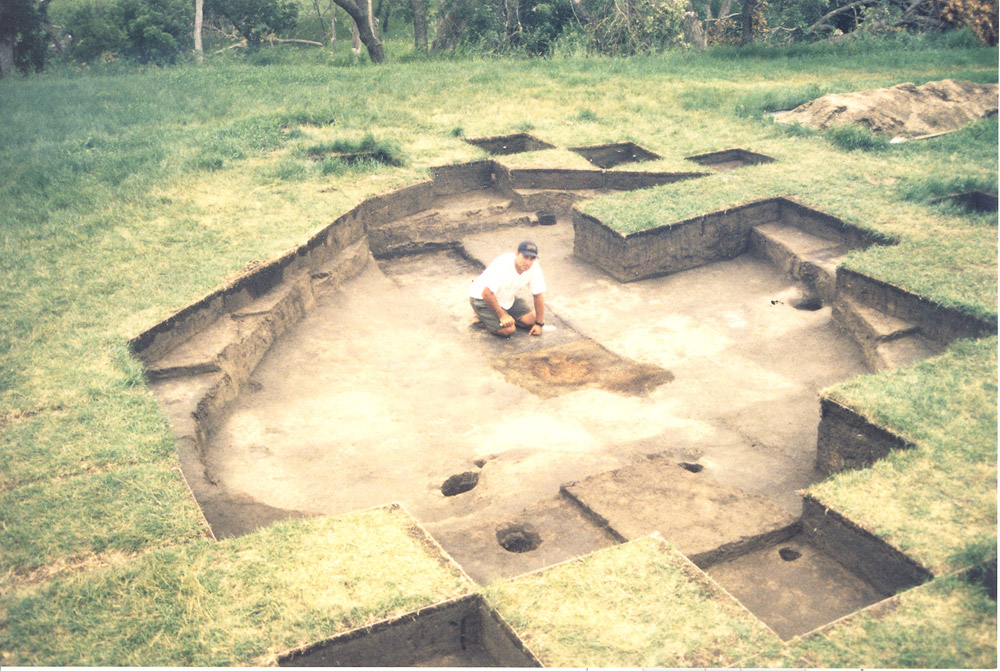 Image 2: Archaeologists sometimes excavate portions of an ancient village site. This archaeologist sits in the excavation of House 2 at Menoken Village. The excavation has been carefully recorded. Every bit of dirt removed from the excavation has been examined carefully so that bits of bone, stone tools, food particles and other important objects are not lost. Archaeologists try to avoid disturbing important sites by using electronic tools that can locate objects, structures, and variations in the soil profile underground. Menoken, SHSND Archeology and Historic Preservation.

We know very little about the earliest residents of North Dakota because so little of their material culture (the things they made) remains. Archaeologists often call the People who lived here 13,000 years ago Paleo-Indians. We don’t know if they lived in tribes or what they called themselves. We will call them the People because we have no other name for them.

Archaeologists have found evidence that tells us that People came into North America over the land bridge (called Beringia) between Alaska and Siberia. They traveled south and east into the continent where they hunted mammoths, mastodons, and huge ancient bison (Bison antiquus.) A small group of People came into North Dakota about 13,000 years ago. (See Image 1.)

ArchaeologistsArchaeologists (ark ee OL oh jists) are scientists who study ancient human societies. They search for and study tools, pottery, and clothing that were made by people who lived thousands of years ago. With careful research, archaeologists can determine what people ate, where they lived, and perhaps gain a little knowledge about their communities. Archaeologists take core samples of soil and use tools such as magnetometers to take readings of objects below the surface of the soil. These scientific samples can reveal where ancient People lived, what they ate, and how long ago they lived in that place. Archeaologists also carefully dig into places where they think they may find more objects that will help them understand past societies. have found tools that the People used. Most of the tools were made of stone. Stone tools are not biodegradable, so they sometimes turn up in caves and fields or wherever the People left them. Other things that the People used that are biodegradable have disappeared. We don’t know what kind of clothes they wore, what kind of tools they made from wood, or what kind of materials they used to make a house.

The cultures of the People including the kinds of tools they made changed over thousands of years. People adapted to changing conditions. New groups of People moved north bringing other cultural traditions with them. We know this because People left some remains of their tools and homes. Archaeologists have found fire pits (also called hearths) and places where poles were inserted into the ground to form housing. Often pieces of stone tools or shells are found in the same place. (See Image 2.)

We don’t know what the People called themselves, and we don’t know much about their societies and how they lived. Archaeologists have classified ancient People according to the tools they used. This lesson will study early People from the Paleo-Indian period to the Plains Woodland period in North Dakota. Each of these groups of People had a distinct way of making tools. These tools tell us something about how they lived.

By 1200 A.D. (about 800 years ago), people had begun to form villages and live in houses made of logs covered with earth. They traded to obtain corn, and a few years later began to cultivate corn themselves. The People adapted to changing conditions of the physical and social environment with new technologies.