“Strength from the Soil” is the motto found on the Coat of Arms of North Dakota. The legislators who chose this motto were right. Soil is the foundation of our history and has a story of its own. 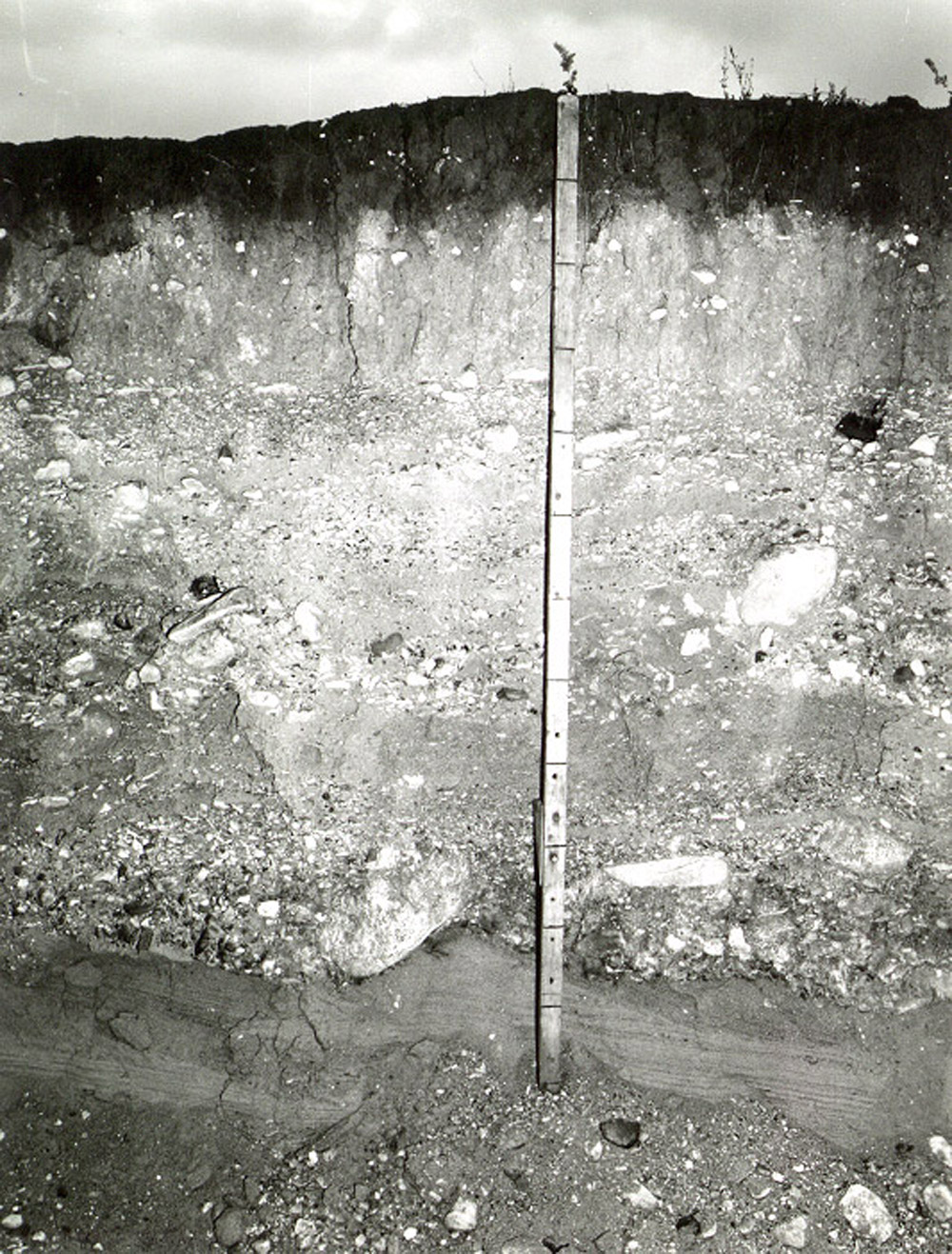 Soil developed from rocks, but many of its nutrient qualities were shaped by the plants that grew on the soil. During millions of years, rocks were ground up by wind, water, freezing temperatures, and plant roots. Glaciers had a part in that process, too, as they ground rocks against other rocks and laid down sediment in the glacier’s path. 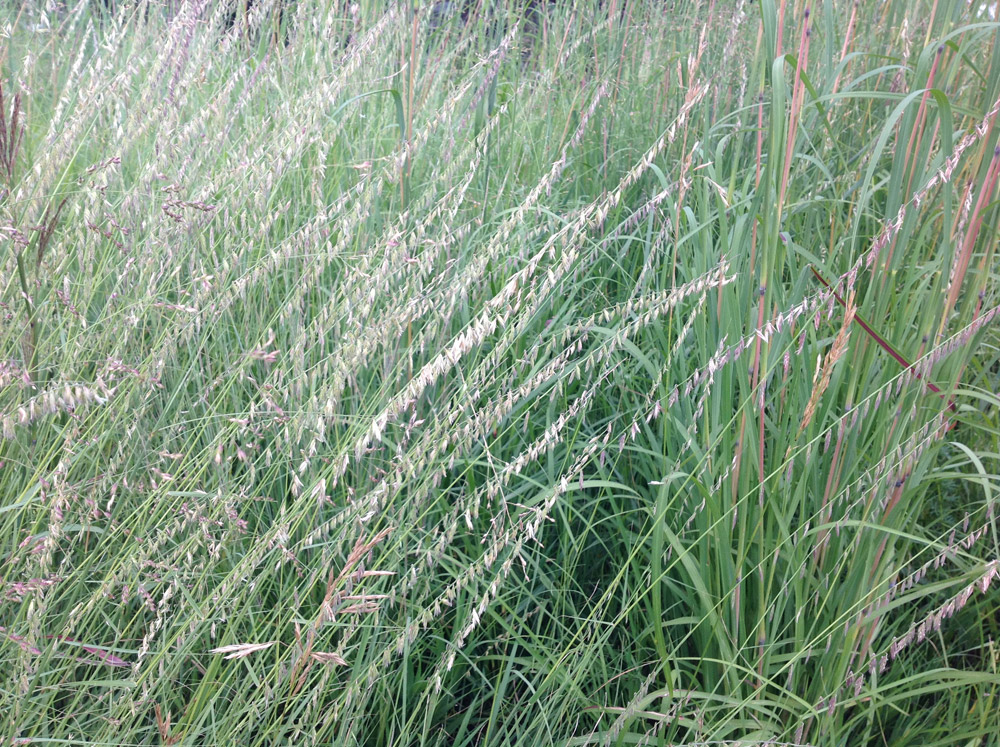 Image 6: Grama grass. Soils that develop where grasses are the dominant plants will be nutrient rich and fertile if the leaf litter is left on the soil surface. As leaf litter decays, nutrients are returned to the soil. Grama grass is one of the native grasses of North Dakota. Its deep roots hold the soil against wind and water erosion and provide a pathway for water to flow into the subsoil. Private collection.

Soil is a mixture of sand (gritty), silt (smooth), and clay (sticky). (See Image 5.) Soil holds water, minerals, and nutrients to support plants. Plants lose their leaves to wind, rain, and chewing animals. At the end of their life cycle, plants die. Their leaves and stems decompose with the aid of insects, worms, and bacteria. This decomposed material is called organic matter. It comprises only 5% of soil, but it does three important things. First, the organic matter stabilizes the soil so wind and water will not erode the soil quickly. Second, organic matter allows plant roots to penetrate deeper into the soil where they have access to water and nutrients. Third, soil with plenty of organic material allows water to move down into the area of the roots. When rain hits soil with little organic material in it, the water simply runs off rather than penetrating the soil. 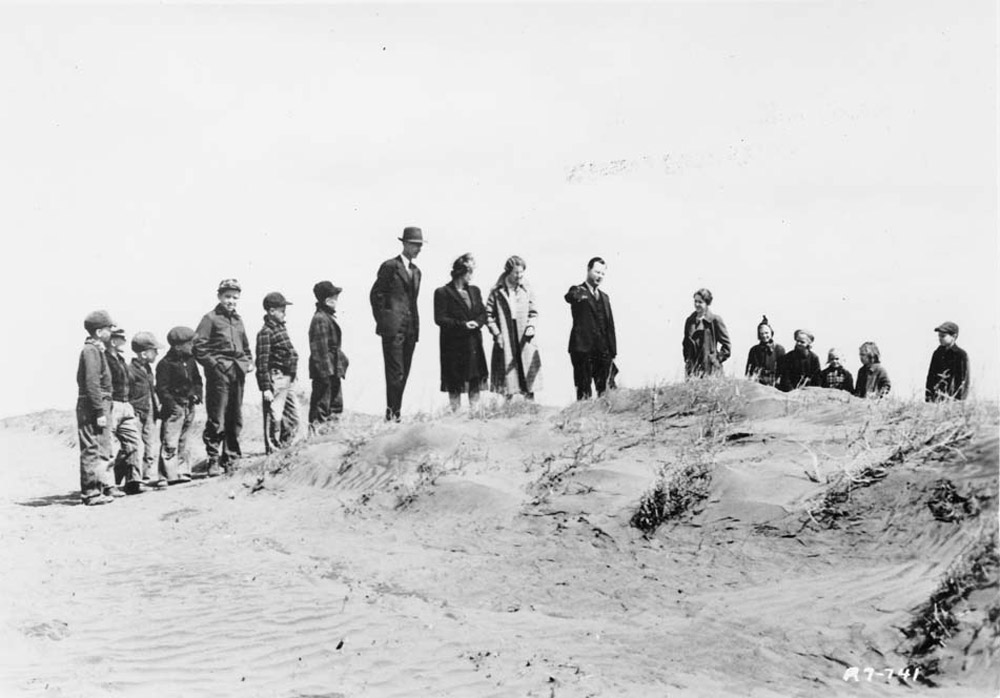 Image 7: The relationship between soil and perennial grasses is critical to soil health. When perennial (plants that grow every summer without being seeded) grasses are removed from the soil to plant annual grasses such as wheat, the soil no longer has the deep root systems of the native grasses to protect against erosion and to hold rain water. When drought and wind kill the annual crops, the soil can blow away. The soil on this farm became wind-blown after the crops died during the severe drought of the 1930s. SHSND 0397-55. 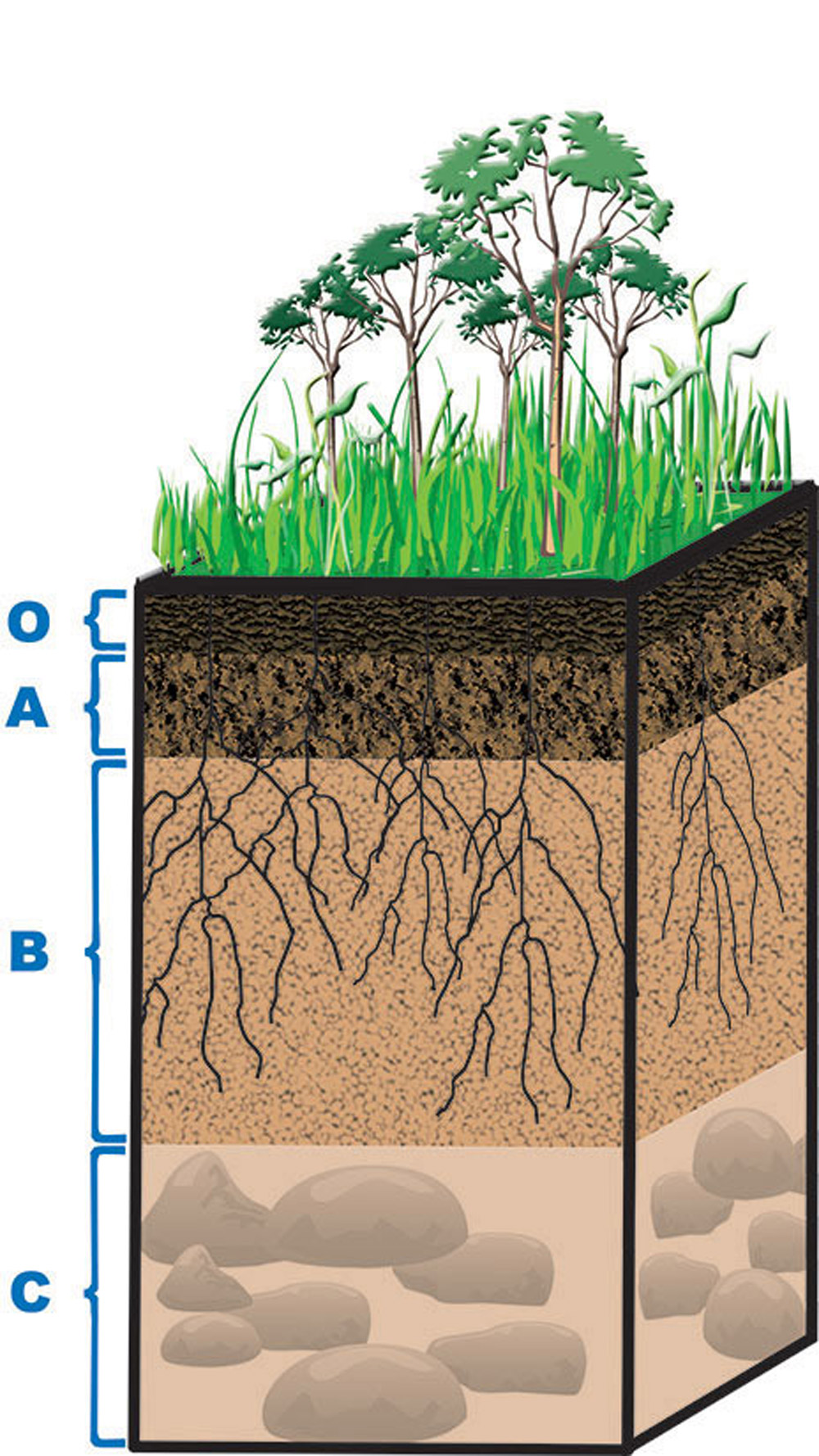 Image 8: Soil Layers. All soils have certain layers. The O horizon is the surface where the plant litter is found. The A horizon is topsoil. The B horizon is the subsoil layer. The C horizon lies between the soil and the parent material (rock) below. Graphic by Cassie Theurer.

Because climate determines what kind of plants will grow, the climate also influences the type of soil. The soils that developed on the grasslands are different from the soils of the forests.

In the forests, leaves fall from the trees and lie on the surface of the ground. Beneath the trees, there are some smaller plants. Little of the forest litter (leaves lying on the ground) gets down into the soil unless burrowing rodents and insects carry the litter into the ground. 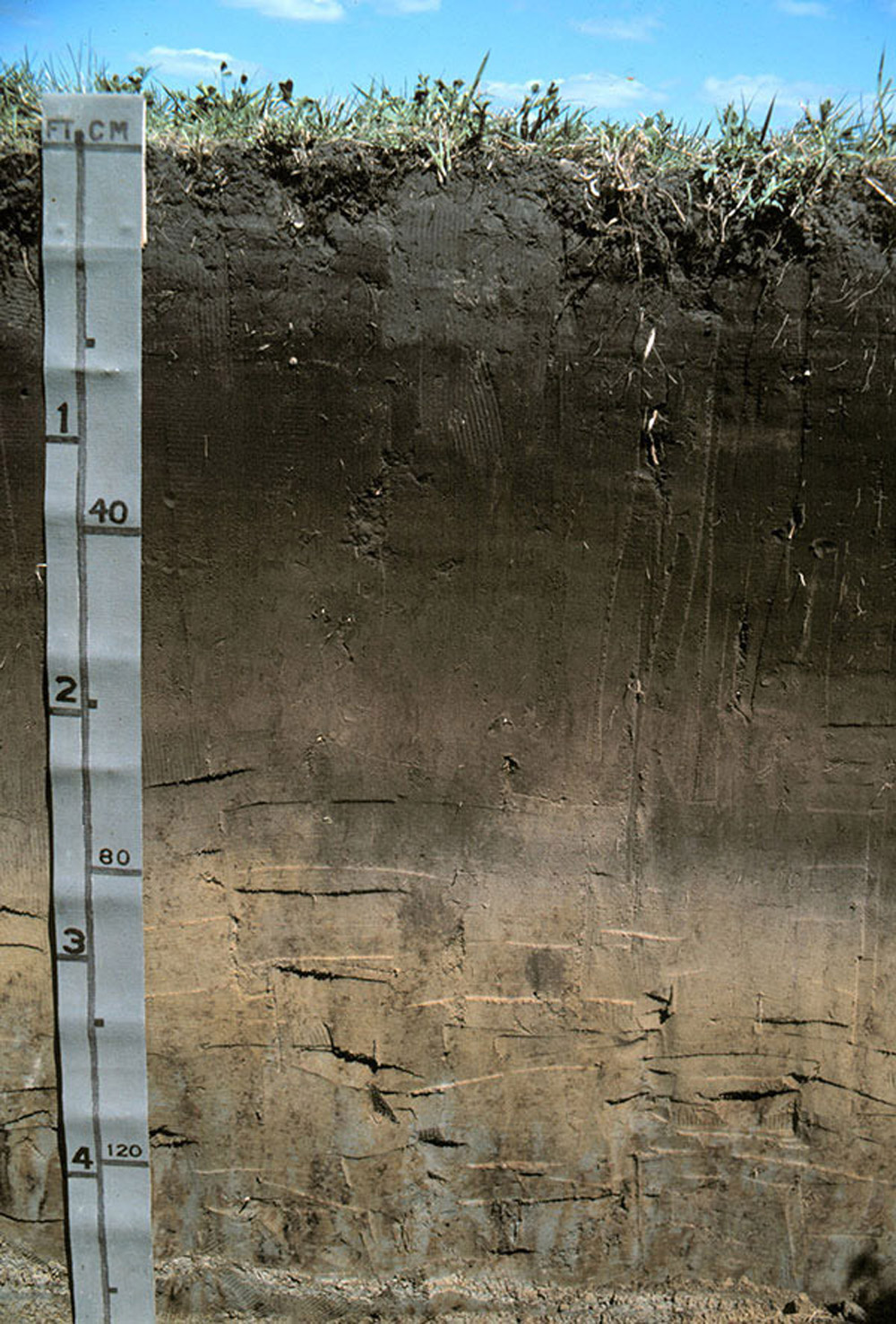 Image 9: This photograph of the soil horizon in the Red River Valley shows deep topsoil and the lighter E horizon or the layers where minerals are leached and carried to the B horizon. The A horizon of topsoil is more than 1 foot deep. The lighter layer below is the subsoil or B horizon. Courtesy Dr. David Hopkins, North Dakota State University Soils Department.

In the open grasslands, grasses have branching root systems that may go as much as six feet into the ground. (See Image 6.) Grasses continually die and decay. The dead leaves, stems, and roots of grasses accumulate to form a dense sod. The dark upper layer of sod is called humus (HUE-muss) which is where plant nutrients are found. A good layer of humus helps the soil to hold moisture and provides nutrients to plants. Grasses take up more nutrients from the soil than do trees. As they die, grasses return the nutrients to the soil, making the soil of grasslands more fertile than forest soils. (See Image 7.)

Soil scientists study soils by looking at soil horizons. (See Image 8.) They carefully dig down into the soil to view the layers. The depth and color tell the scientist what kind of soil it is and how fertile it might be.

The top layer, or O horizon, is where the plant litter lies. This is the uppermost layer where the humus is located. When a farm field is tilled year after year, the O horizon is destroyed. 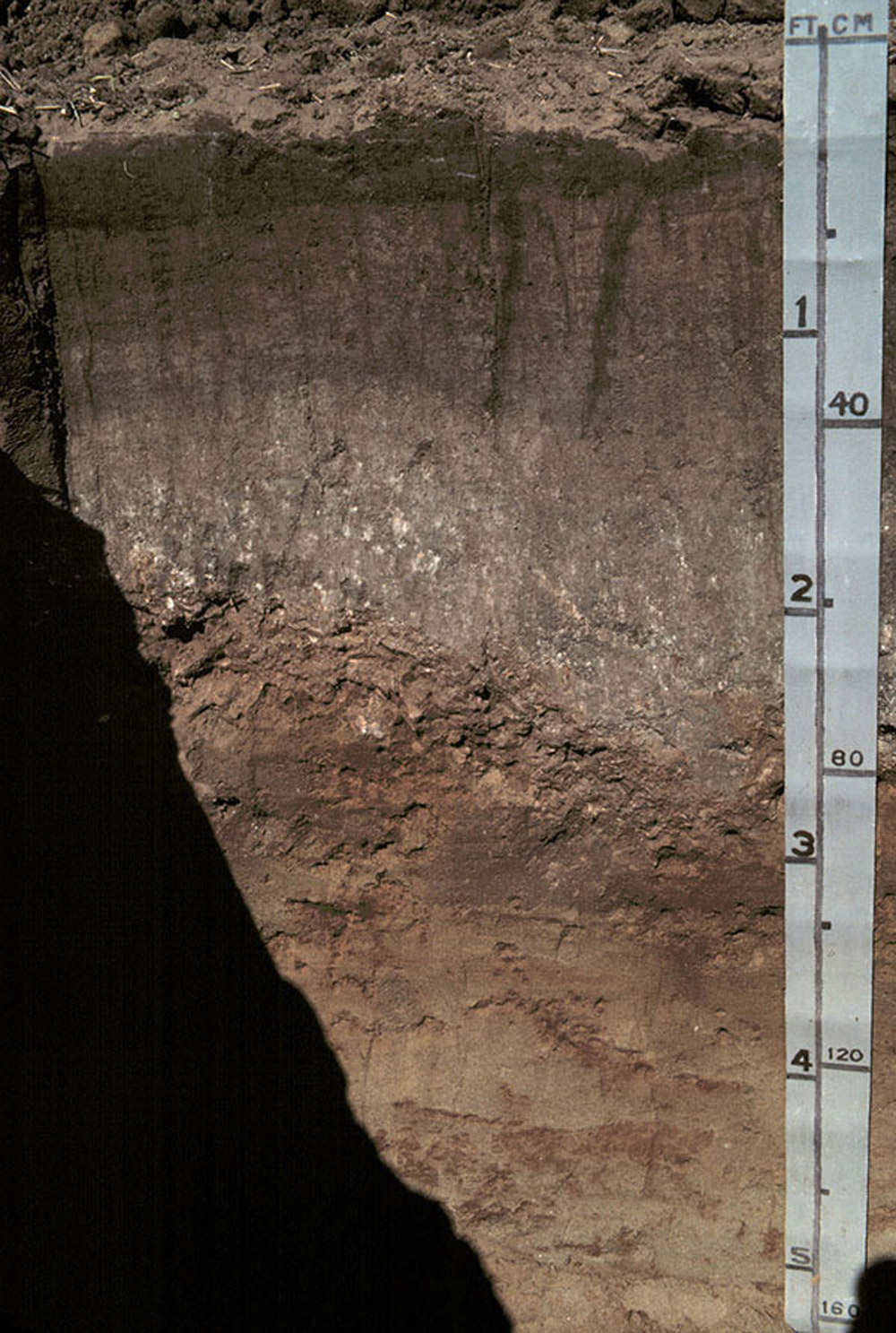 Image 10: This soil horizon of Grant County shows a thin A horizon (or topsoil) and a broad subsoil layer (B horizon.) Erosion in the past has created uneven levels on this horizon. Courtesy Dr. David Hopkins, North Dakota State University Soils Department.

The next layer is called the A horizon. This is where the topsoil is found. This soil appears darker than the layers below it. The very fertile soils of the Red River have a very dark A horizon. (See Image 9.) This is the most important layer for plants. It is where seeds germinate and roots develop. At the bottom of the A horizon is an area (sometimes called the E horizon) where water leaches (or removes) the minerals and other nutrients that are carried into the next lower layer, or B horizon. (See Image 10.)

The B horizon is the subsoil layer. Minerals accumulate in this horizon. Subsoil is lighter in color and has less organic matter than the A horizon (topsoil.)  However, moisture retained in the B horizon is very important to plant growth during a drought.

The C horizon (also called the regolith) lies between soil and bedrock. This layer is high in minerals and is likely to be coarser than the topsoil above. There may be more rocks in this layer.

Why is this important?  Sometimes, we look at North Dakota’s landscape and think it is boring. There are few trees, no rocky canyons or high mountains. However, the rolling plains of grass that cover much of North Dakota have created some of the best agricultural soils in the world. Grass roots and leaf litter are still making healthy, nutrient-rich soil. We can thank the plants that grew over millions of years, and the glaciers, rains, floods, and winds for our good soil and good fortune.