Section 3: The Missouri River and the Red River

The rivers of North Dakota are like no other rivers in North America. They are very young (in geological terms) so most of the rivers have not yet carved deep channels. Because the river beds are shallow, they tend to flood when excess water runs into the river channel.

Until the ice sheets pushed down into North Dakota (about 2 ½ million years ago), all the rivers in North Dakota flowed north and drained into Hudson Bay. Today, the Red River, the Mouse (Souris) River, the Sheyenne River, and their tributaries flow north. The Missouri River and the James River flow south to the Mississippi River. 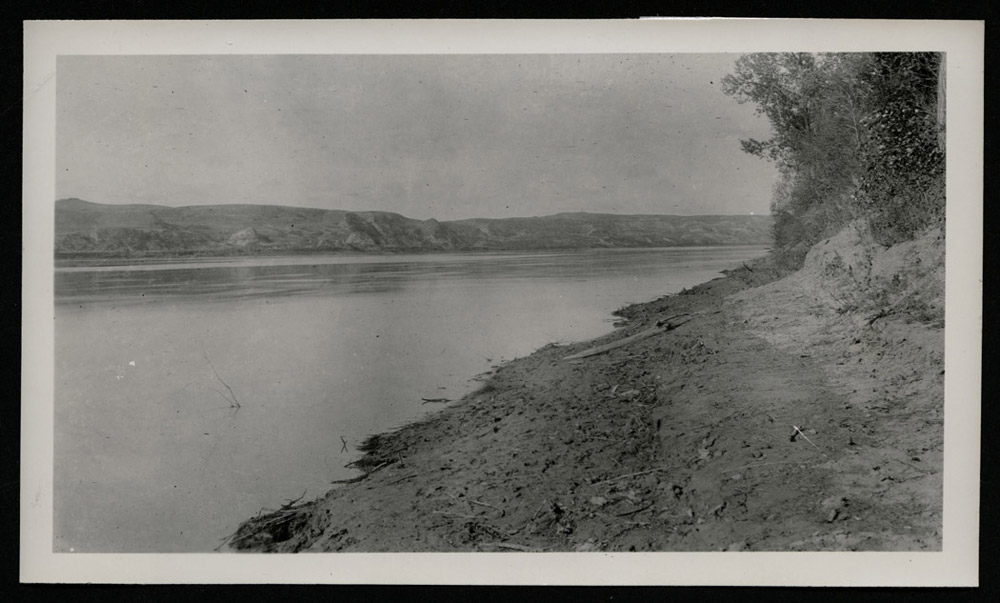 Image 9: The Missouri River has high banks formed over millions of years of the river’s formation. In places, mostly where the river runs south, the river channel is narrow. SHSND 0270-0175.

Before glaciation, the river that is today called the Missouri flowed past Riverdale toward the towns of Turtle Lake and Mercer and north-eastward from there. Turtle Lake (the water, not the town), Lake Williams, Brush Lake and others are located along the low-lying ancient Missouri River bed. Farther east, the ancient lake bed is buried deep under glacially deposited gravel, sand, and soil.

Glaciers advanced into North Dakota and retreated northward about a dozen times. The pressure from the ice and the build-up of gravel left by the melting glaciers turned the Missouri River’s path toward the south. Each period of glaciation brought more silt, gravel, sand, boulders, and ice that filled the existing northbound river bed. 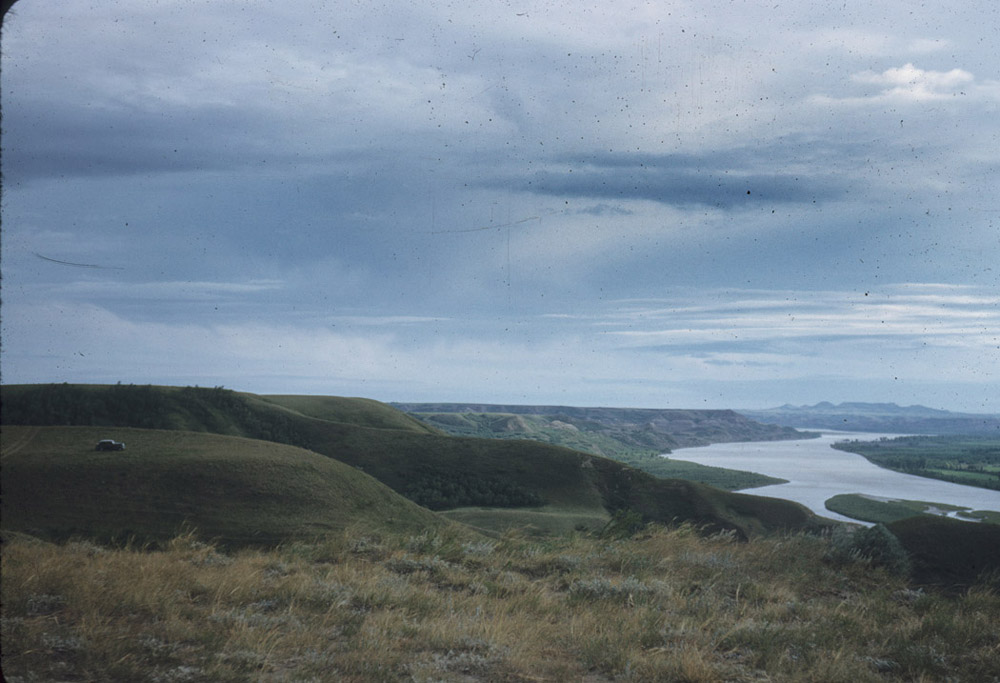 Image 10: Where the Missouri River runs toward the east (west of the Garrison Dam), the valley is wide. This wide valley was carved millions of years before the river was turned south by glaciers. SHSND 2013-P-024-0401.

A few hundred thousand years ago, the ancient Missouri River was blocked by a glacier at about the place where Riverdale is now located. The river turned into a large lake. When the water in the lake became too much for the lake to hold, the extra water overflowed and carved a narrow river bed leading toward the present-day town of Stanton. (See Image 9.) Slowly, over thousands of years, the river overflowed into and out of a series of lakes and carved out a path toward Bismarck and south to the Mississippi River. 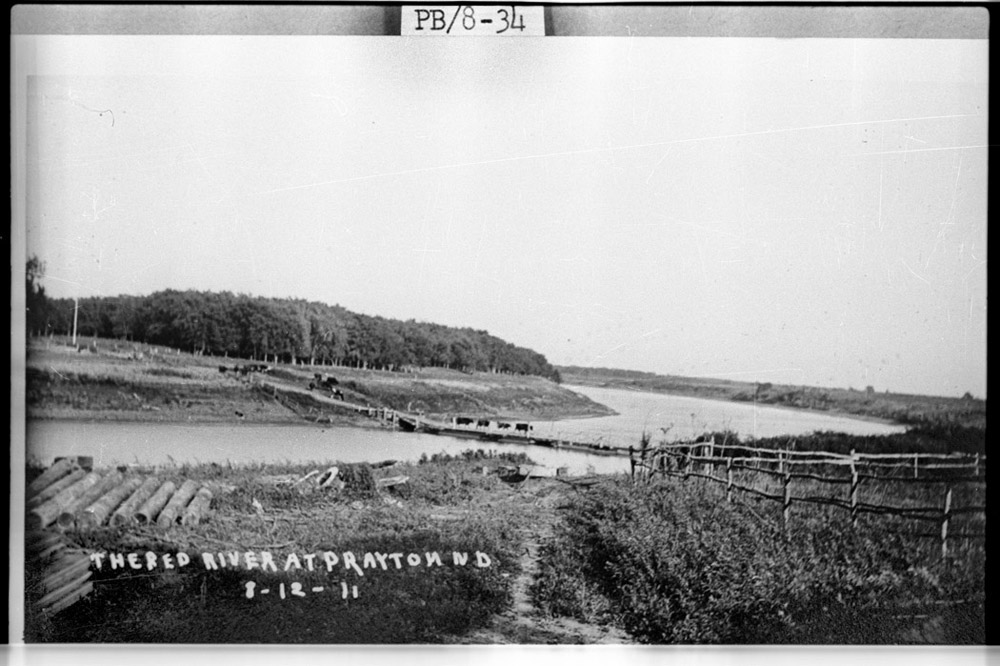 Image 11: The Red River is a very young river, so its valley is very low and shallow. The banks are usually not as high or steep as the banks of the Missouri River. A farmer was able to use these gentle, low banks to build a bridge for his cattle to cross from one side of the river to the other. SHSND 0032-PB-08-34.

Today, as the Missouri River flows eastward from Montana through western North Dakota, some of its valleys are as much as six miles wide. The edges of the valleys slope gently toward the uplands. (See Image 10.) Most of these broad segments of the river are oriented in an east-west line. These valleys tend to be older than the north-south valleys (south of Stanton.) Some of the broad valleys existed long before glaciers turned the river southward. In 1950, one of the broad valleys was dammed to make Lake Sakakawea.

Over centuries, the Red River cut through soft layers of shale until it reached the hard granite and other igneous rocks of the Canadian Shield (a large area of exposed, ancient rocks.)  The rocks pushed the river slowly westward where it found a softer surface in which to form its bed. 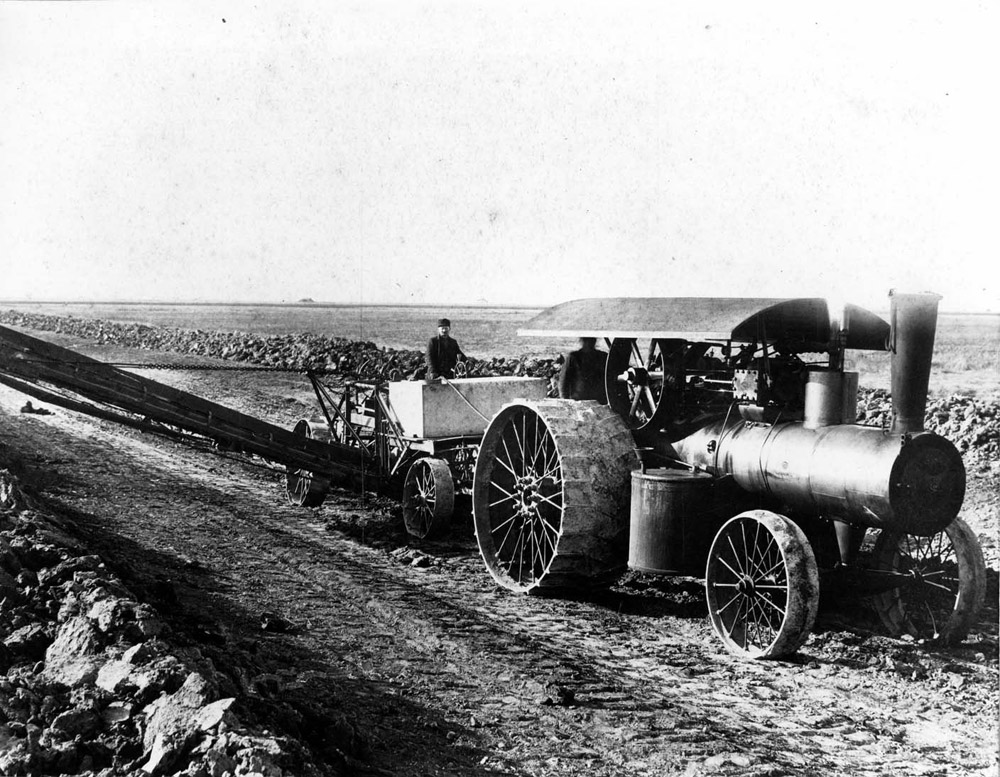 Image 12: The Red River Valley is very flat. Water doesn’t drain well, so this farmer is ditching, or forming a drain, to remove water from his fields. SHSND C3668.

Glaciers moved down the Red River Valley several times during the Ice Age. The glaciers caused erosion that removed the edges of the steep walls of the older valley. (See Image 11.) Much sediment was left behind as the glaciers periodically retreated. The melting ice also formed lakes where the sediments settled, leaving the present-day Red River Valley quite flat. (See Image 12.)

Image 13: Ancient glacial Lake Agassiz deposited sediments more than 100 feet thick on the bottom of the lake bed as it disappeared. Grass growing on the sediment enriched the soil to make the Red River Valley some of the most productive agricultural soil in the world. SHSND 0527-7.

The series of lakes that held glacial meltwater are known today as Lake Agassiz. They formed along a path that was about 60 miles wide. Today there is no water in Lake Agassiz  except for the Red River running down the center of the ancient lake bed. (See Image 13.)

Why is this important?   The Missouri River and the Red River are reminders of an ancient past when geological forces brought immense changes to the landscape over a period of millions of years. The long-ago processes of glaciation, erosion, and sedimentation made the Red River Valley one of the most productive agricultural regions in the world. The Missouri River still carries meltwater from the Rocky Mountains into North Dakota and on down to the Mississippi River and the Gulf of Mexico.

Over millions of years, both the Missouri River and the Red River provided nourishment for ancient animals and plants. When humans entered North Dakota, the rivers provided water, food, and transportation.

The variations in the Missouri River’s shoreline made it possible for engineers to locate an ideal spot for a large dam. The dam allows North Dakota to store some of the Rocky Mountain snowmelt to use as a supply of fresh water. On the other hand, there are no canyons, steep shorelines or rocky cliffs on which to build a dam on the Red River, leaving the Red to flood regularly.