How hydropower is produced:

Garrison Dam is North Dakota’s only hydroelectric dam. Lake Sakakawea is its reservoir.

Penstocks are huge pipes, inside a dam, that carry water down from a reservoir to water turbines at the bottom of the dam. A water turbine is a device with blades at one end of a shaft and electromagnets on the other end, which generate electricity as the blades spin. 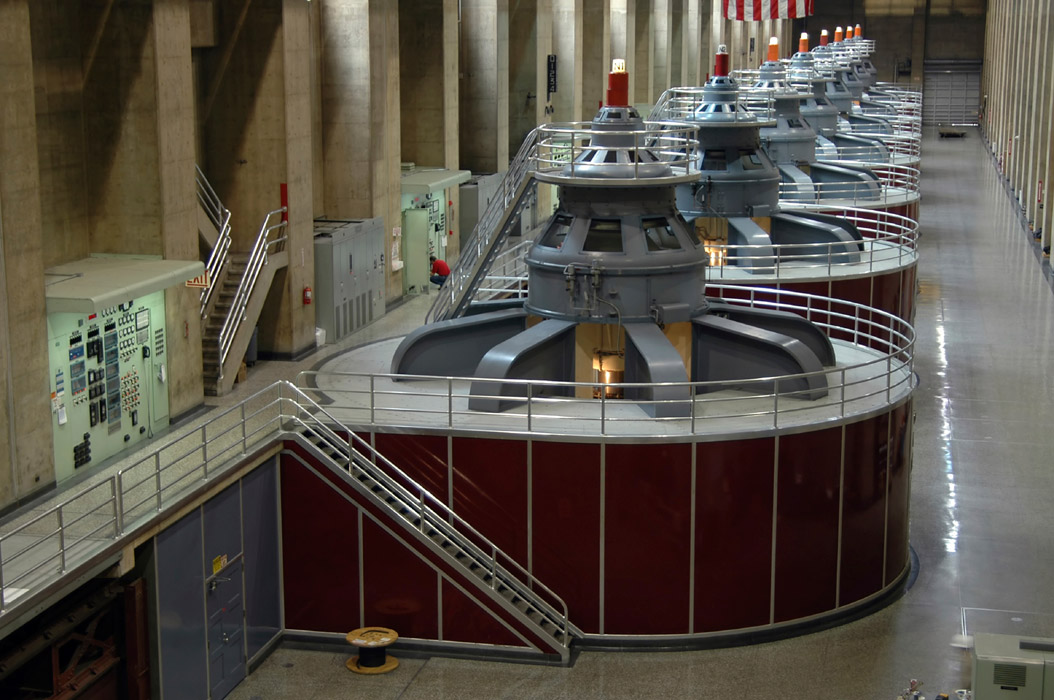 Hoover Dam Turbines: This photo shows the hydroelectric turbines inside Hoover Dam in Nevada. You can see eight turbines in this photo. The structure at North Dakota’s Garrison Dam houses five turbines – 'Francis' turbines that turn at a rate of 90 revolutions per minute (rpm). 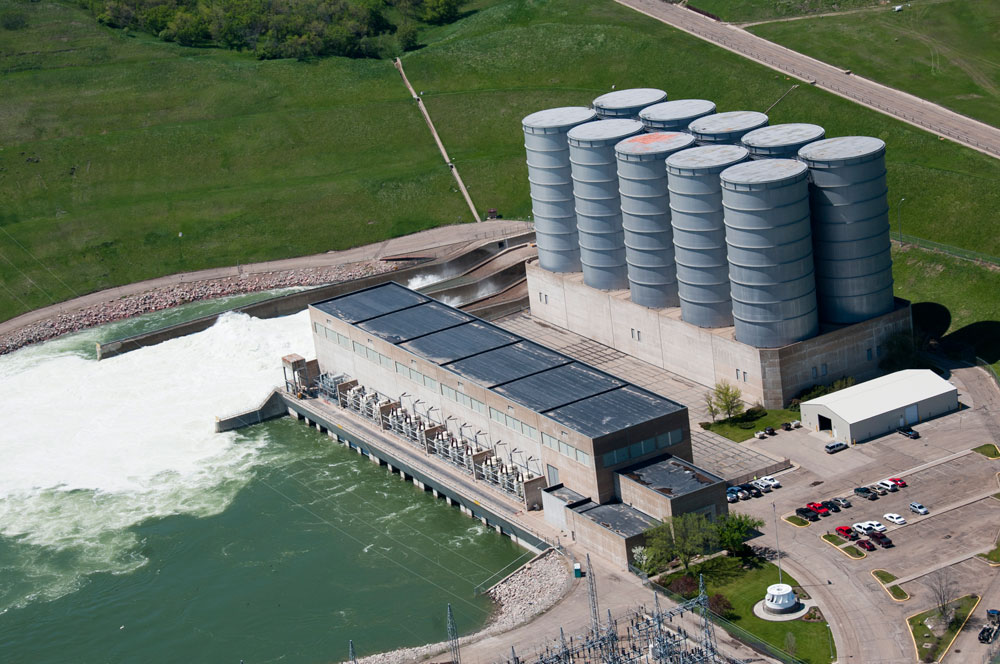 A kilowatt-hour (kWh) is a unit for measuring electricity. It is equivalent to 1 kilowatt of power expended for 1 hour. The average home uses about 940 kilowatt-hours of electricity each month. 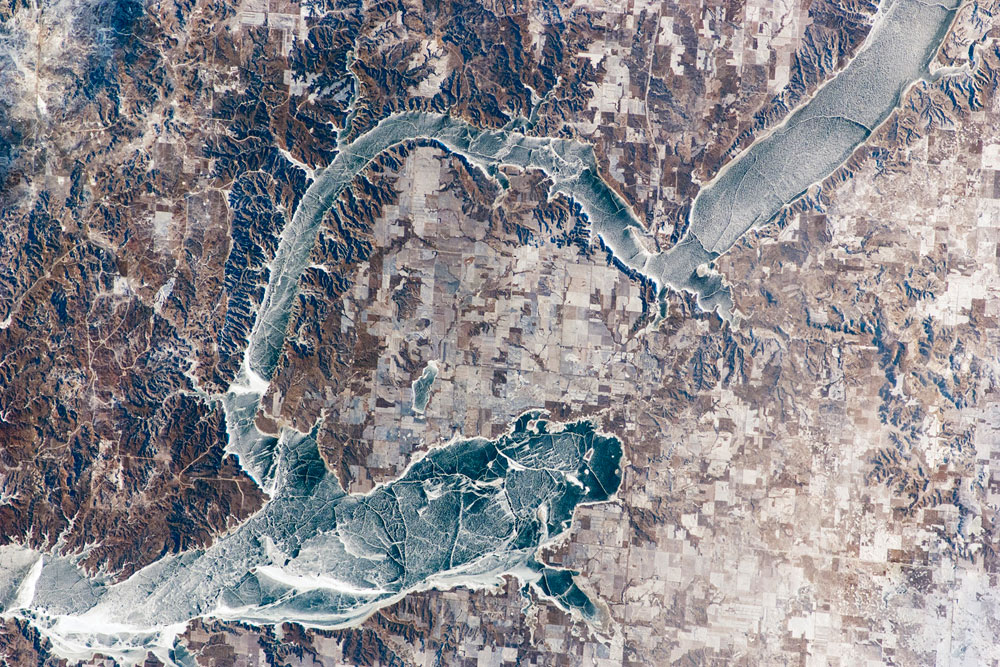 NASA Lake Sakakawea Aerial: This photograph taken by an astronaut on the International Space Station. Ice covers the surface of northwestern Lake Sakakawea, a reservoir on the Missouri River. A local weather station near New Town, North Dakota, reported an air temperature of -24°C (-11°F), with a wind chill of approximately -32°C (-25°F) at 10:36 a.m. local time—six minutes before the image was taken. In addition to the grey ice on the lake, a dusting of white snow highlights the agricultural fields to the north and northeast, as well as fissures and irregularities in the ice surfaces. For a sense of scale, the arms of the lake to either side of New Town are approximately 10 kilometers (6 miles) apart. Photo (taken on January 19, 2012) and caption courtesy of NASA’s Earth Observatory.

How hydropower affects the people of North Dakota: 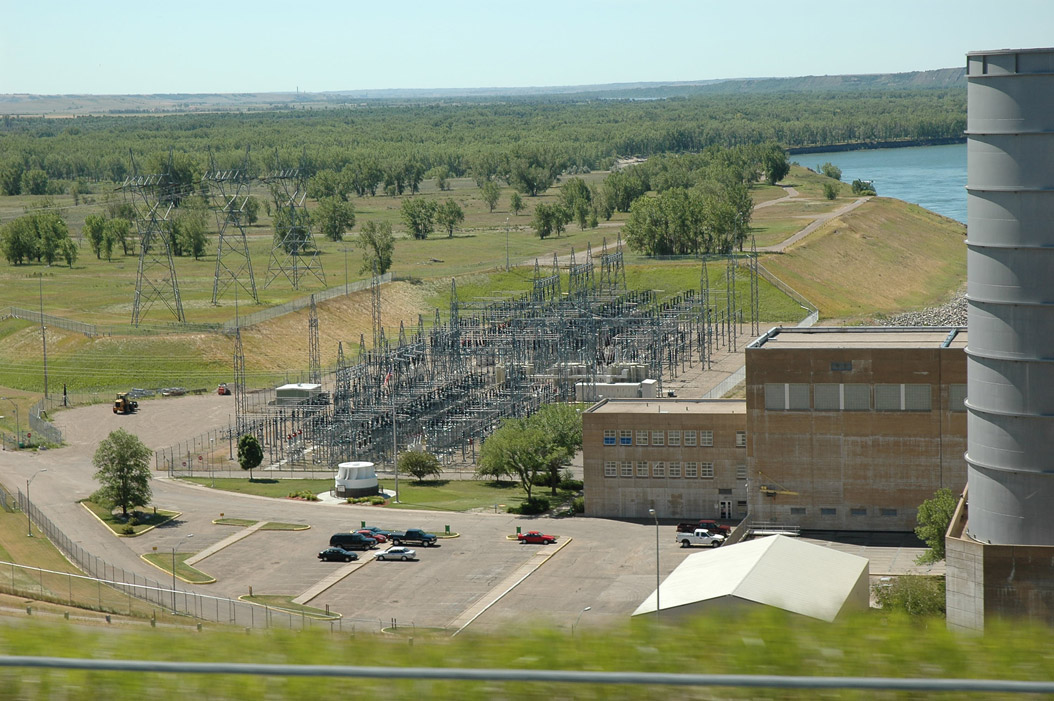 Substation at Garrison Dam: A substation readies the voltage produced at the Garrison Hydroelectric Plant to be transported via high-voltage power lines. Look closely and see the replica of the hydroelectric turbine blades in front of the building. Photo courtesy of Peter Baer