A volt is the measure of electric pressure that causes electrons to move from one atom to another. Voltage is supplied by a battery or a generator. One kilovolt is 1,000 volts. Current is electricity in motion. Electrical power (watts) is Current x Volts. 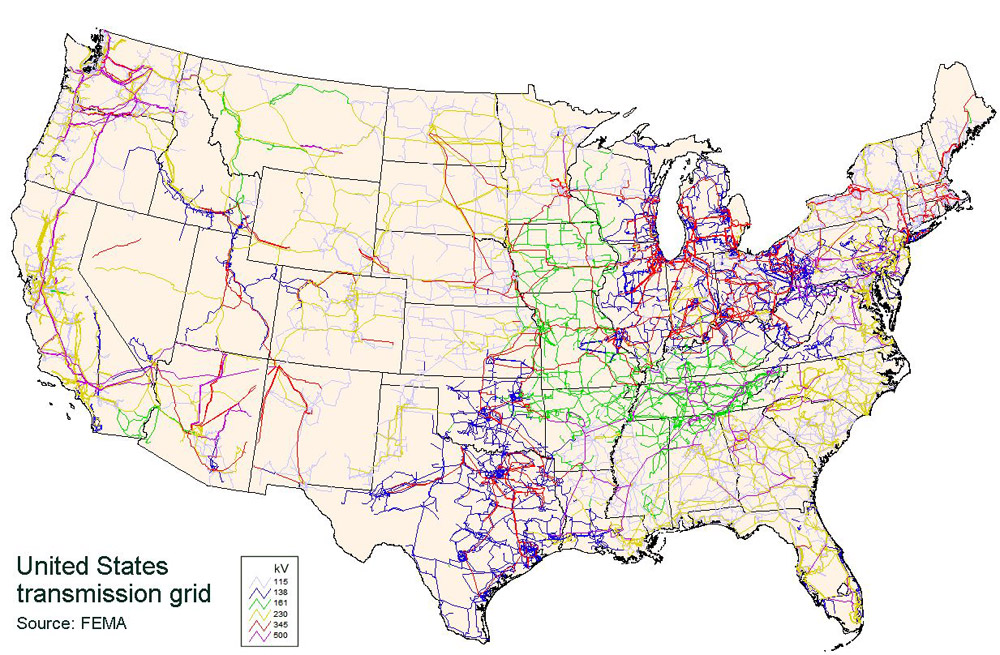 US Power Lines: This map shows high voltage transmission lines throughout the United States – 115 kilovolts and up. The smaller distribution lines (wires that carry electricity to homes) are not shown on this map. Map courtesy of the Federal Emergency Management Agency.

A synthetic product is a product made by chemical synthesis to imitate a natural product. Gasification is a thermo-chemical process in which a carbon-rich material such as coal is converted to a gas. In North Dakota, synthetic natural gas is made from lignite. 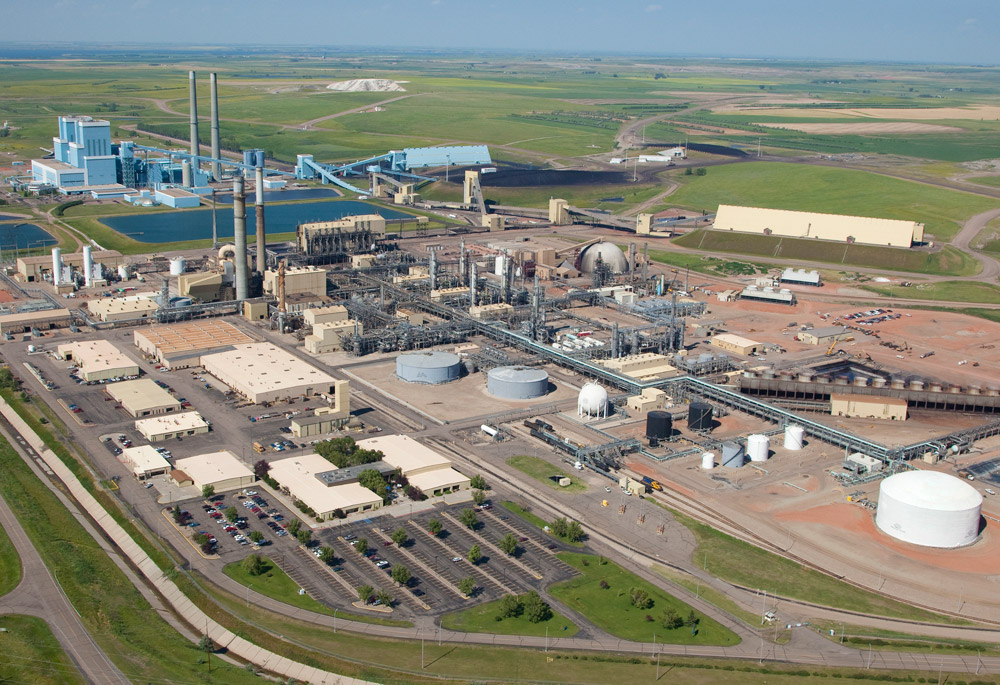