Women have always worked. However, historians ask the question: is women’s work visible?  Do people know how, how much, why, and where women work?  (See Image 1.) If they work in the home raising children, washing clothes, making meals, are they working?  If they work in a store, in a restaurant, or on a farm is women’s work worth as much as a man’s work? 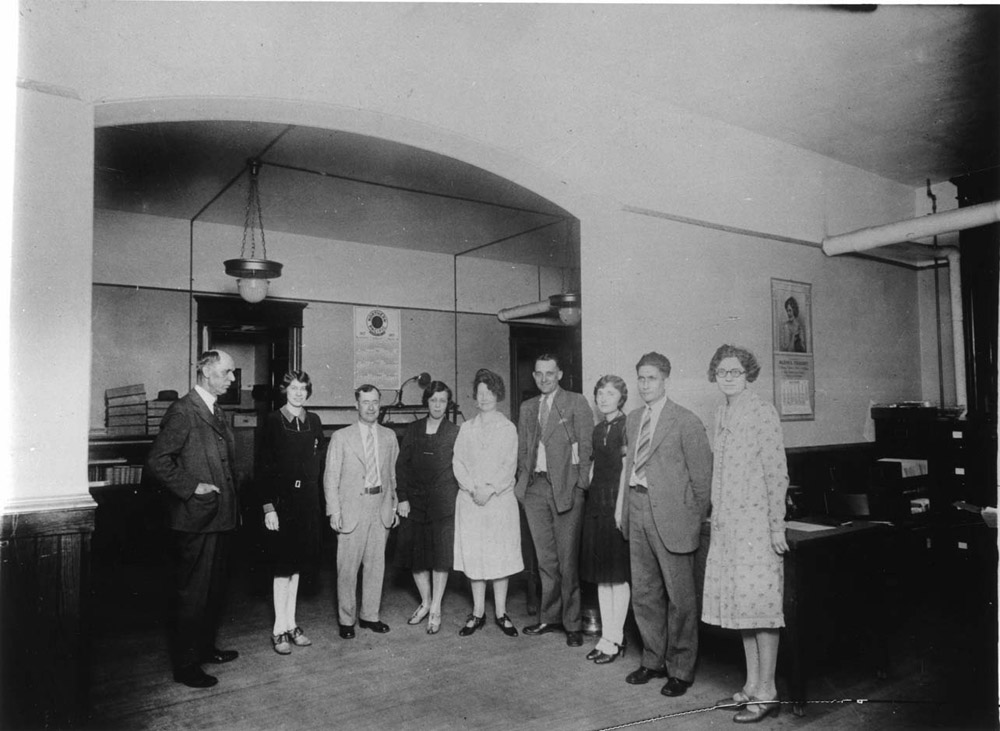 Image 1: Women worked for the Bank of North Dakota as clerks, bookkeepers, and secretaries. These jobs were considered very good jobs for young women in the 1930s. SHSND C3721.

The answers to these questions are very complicated. Women have often worked without a paycheck. Though there might be great rewards in keeping house for her own family, if there is no paycheck and no employer to list on a form, then the woman is usually considered unemployed.

One of the most important resources for finding out about women’s work is the U.S. Census.The U.S. Census is a federal program for counting the people of the United States. The census is taken every ten years (in the zero year) as required by the U.S. Constitution. The census asks different questions each year about how people live. Some people criticize the census as being unreliable, but it is the best record we have about how the people of the United States lived. However, the census asked about women’s work only irregularly before 1980. The census is an important and useful tool for finding out about women’s (and men’s) work, but we have to be ready to ask more questions and search for the answers. 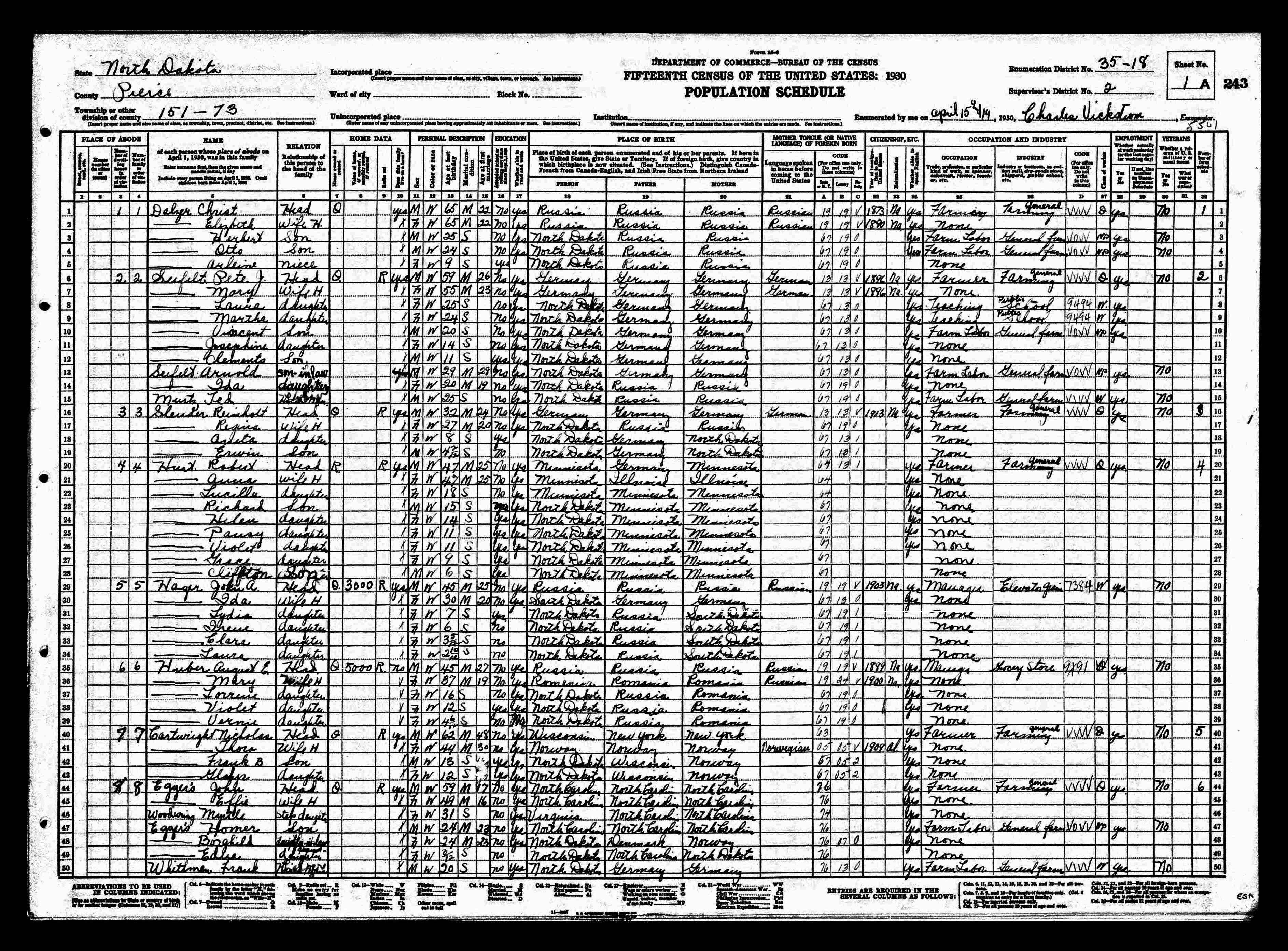 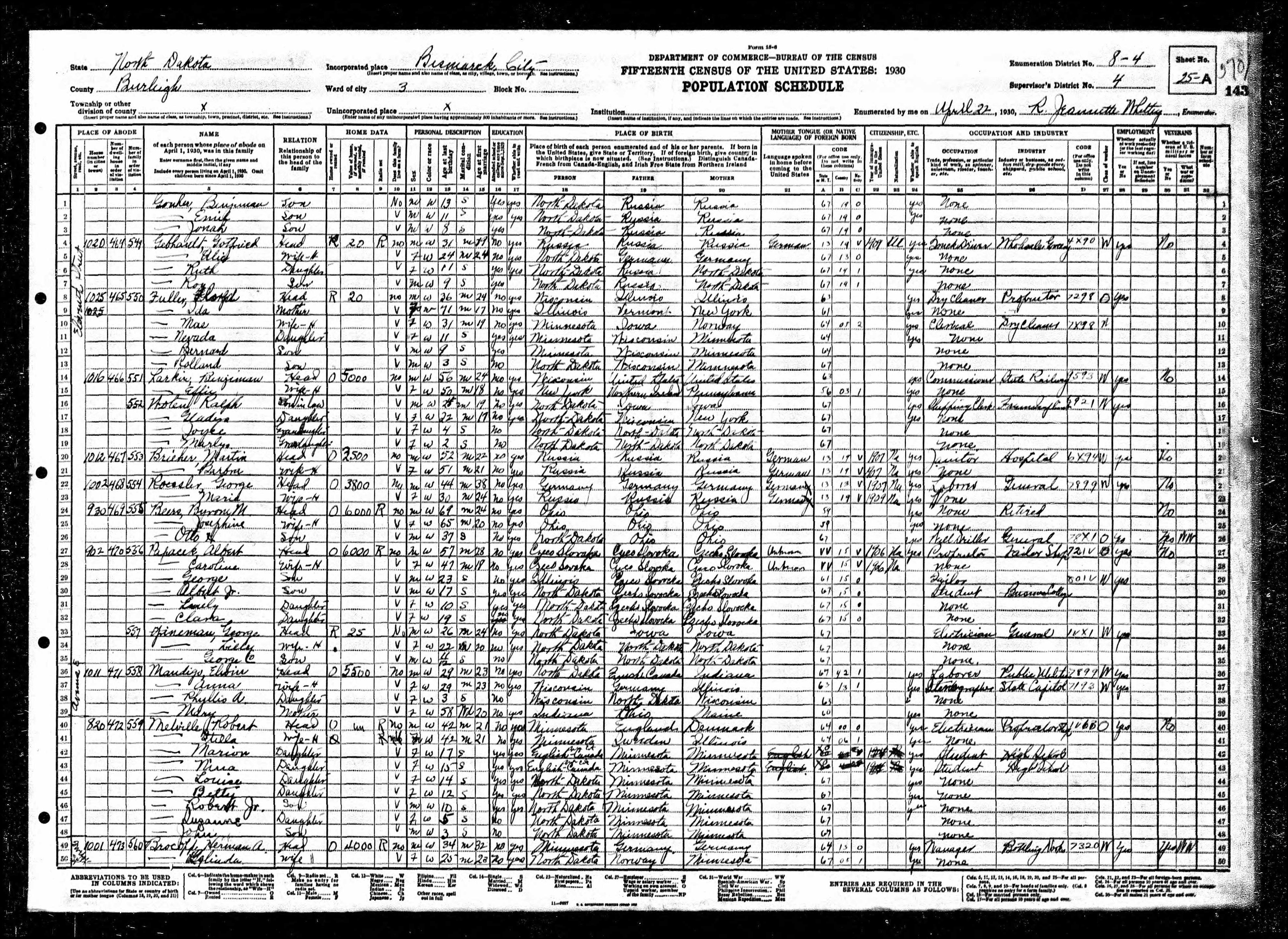 Take Elizabeth Dalzer for example. (See Document 1.) She was born in Russia in 1865. She immigrated to the United States in 1890. She met and married Christ Dalzer. The Dalzers owned a farm in southern Pierce County. The census records Mr. Dalzer and his two sons as working. Mr. Dalzer was the farmer, and his sons were farm laborers. Mrs. Dalzer’s occupation is listed as “none.”  Mrs. Dalzer might have agreed that she was not a working woman, but if you asked her what she did on April 15, 1930, she would have listed several chores. She cooked three meals and baked bread. She cleaned the stove and probably chopped and hauled wood to heat the oven. She might have taken some of the meals out to the field if the men were planting crops. She made the beds and swept the floor. She milked the cows and probably made butter. She washed dishes in water she carried from the well. She probably made the dish soap from lye and pork fat the previous fall. Once a week, she washed the denim overalls the men wore. To do the wash, she carried and heated the water. She had help from her nine-year-old niece when the girl was not in school. Mrs. Dalzer probably did little field work because she had two grown sons to do that work, but many women added field work to their lists of chores.

If the Dalzer’s had hired someone to help with the household chores, that woman, the hired “girl,” would have been paid about $4 per week. She would have worked long hours at hard labor for that pay, but she would have been listed as having an occupation. Mrs. Dalzer’s work was invisible.

Now, consider Mae Fuller. (See Document 2.) Mrs. Fuller lived in Bismarck with her husband Floyd who operated a dry cleaning business. Mrs. Fuller worked as the bookkeeper, or clerk, in the dry cleaning business. It is very possible that Mrs. Fuller did not receive a paycheck since she worked in a business her husband owned (or they owned together), but because she was in a shop, not at home, there was no question that she was employed. Mr. Fuller’s mother, Ida, probably took care of the Fuller’s three young children and did much of the housework, but she is listed as having no occupation.

Mae Fuller and Elizabeth Dalzer were both working women, but the census tells us that only Mrs. Fuller was employed. To find out more about working women, we need more statistics and more understanding about what the statistics mean.