When oil began its second boom in 2007, oil workers flocked to the Williston Basin in western North Dakota. Within a few years, 75,000 new jobs had been created. (See Map 1.) 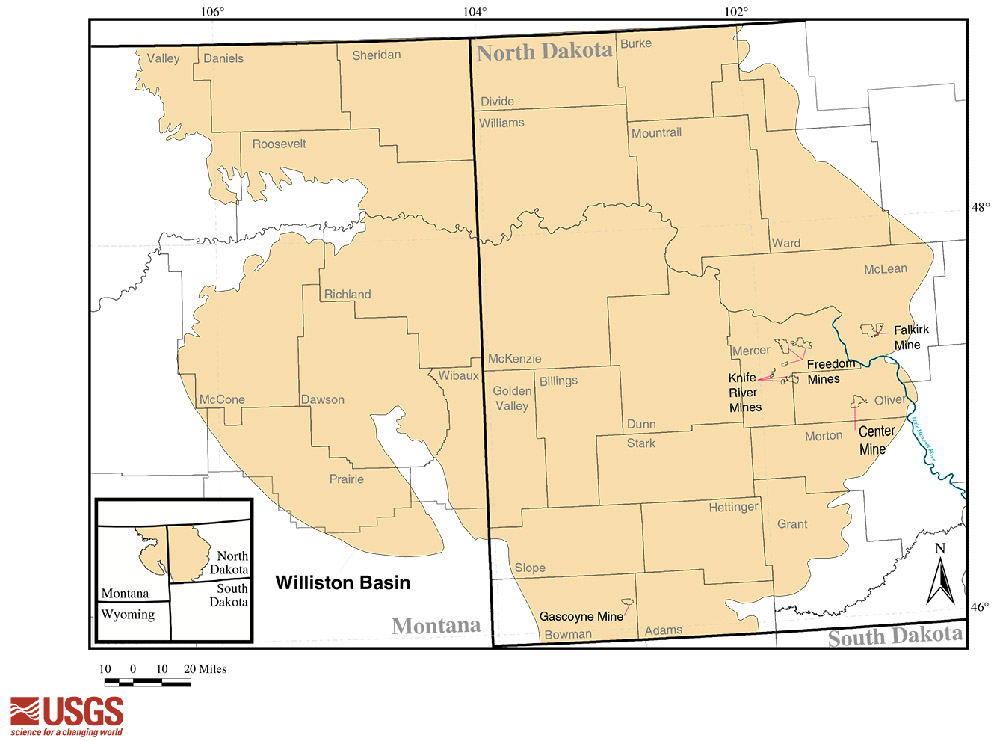 Map 1: The Williston Basin underlies much of western North Dakota. The geological layers beneath the basin contain oil shale which can produce oil once it has been “fracked” or broken up. The process requires the work of petroleum geologists, mining engineers, oil field specialists, truck drivers, and rig workers. Courtesy North Dakota Geological Survey.

Most of the new jobs were in oil extraction and transportation. Of course, trucking (transportation) is closely associated with oil extraction jobs because the Bakken shale requires fracking with water and chemicals to release the oil. Water is trucked to each well (perhaps 1,000 truckloads of water per well), creating a high demand for experienced truck drivers.

In 2012, the average oil field wage reached $112,462. These wages are very appealing, but oil field workers earn their pay the hard way. They work from 80 to 120 hours a week. If they work outdoors, they have to do their jobs even when a 30 mile-per-hour wind is drilling frozen bits of snow into their eyes, and the temperature is dropping to 25° below zero.

Jobs in the oil fields tend to be specialized. Engineers specialize in one kind of task. For instance, a coil tubing specialist is the person who inserts tubing into a well for pumping fracking fluids into the well. Specialists may work for one company, but some will work as independent contractors for many companies. That means they receive a specified amount of pay and no benefits. 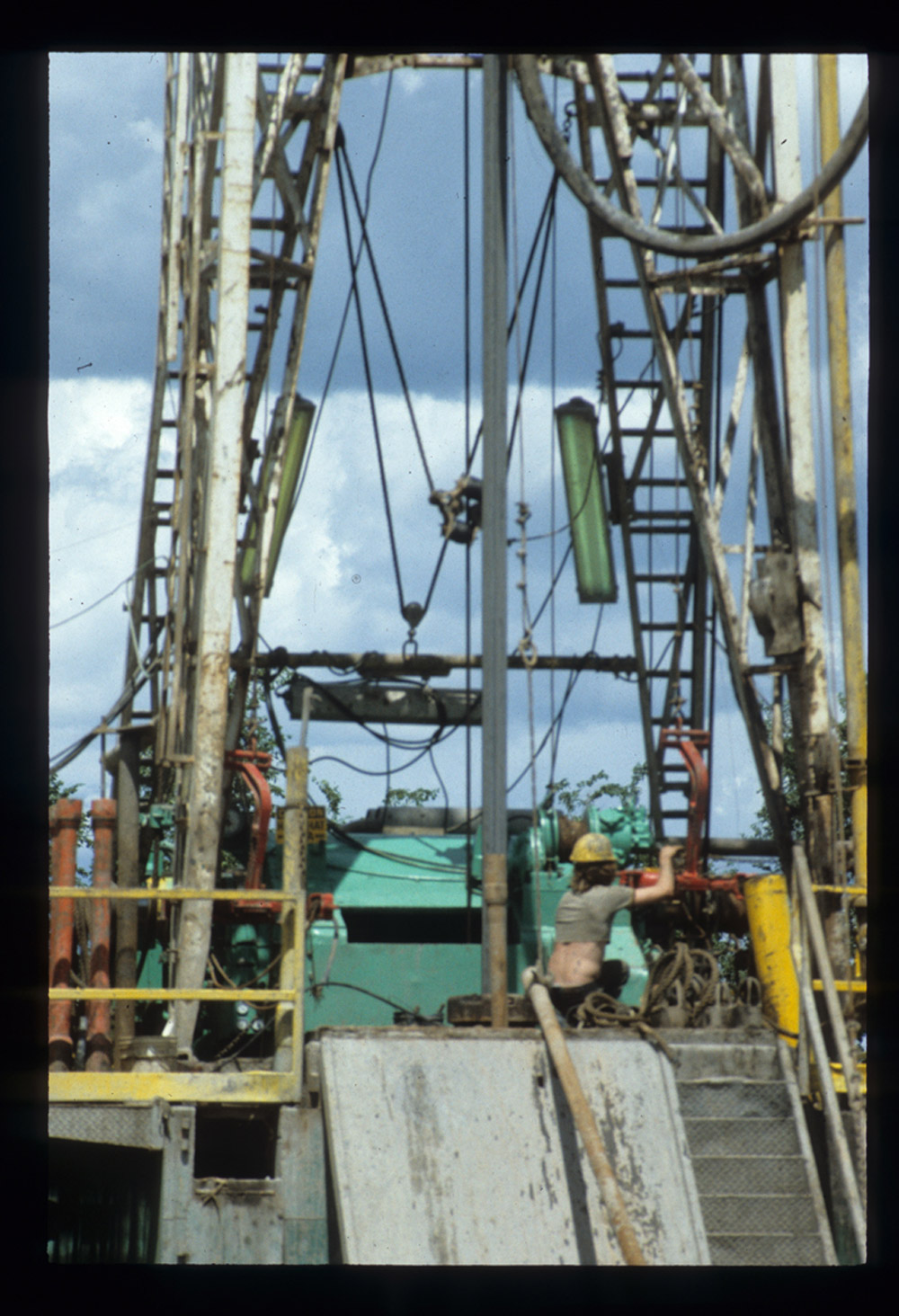 Image 3: This young oil field worker (or roustabout) is working on a rig that is drilling a new oil well. The work is extremely dangerous. For inexperienced oil rig workers, the pay is around $18 per hour. If this young man sticks with the job and is a good worker, he will be able to work up to a better position. SHSND 2013-P-024-0923.

Jobs that do not require a bachelor’s degree will probably demand a great deal of physical labor. For beginners, the pay usually starts at about $18 per hour (in 2014). (See Image 3.) A hard worker with a clean record might be able to work up to a better job.

Oil has pushed other jobs in western North Dakota as well. Today, there are more jobs in every field of employment in the Williston Basin, and generally higher pay, too. This happens because a well-paid oil field worker buys a car, groceries, and a television. The stores that sell those goods hire more employees. In this way, oil field workers distribute their income throughout the region. The effect of oil field jobs resulted in an increase in the pay of all workers in the oil region from $33,000 to $50,500 per year between 2007 and 2011.

The costs of oil production have been high. Oil field work is dangerous. The death rate for oil field workers is about eight times higher than the national average for industrial workers. Many of these deaths result from truck accidents on narrow highways. In addition, truck-train collisions have increased 67 per cent in North Dakota since 2006 while, nationally, truck-train collisions are down 32 per cent.

One more danger to oil field workers (and others living nearby) is the quantity of very fine fracking sand that blows in the North Dakota wind. Air samples taken by federal health and safety officials indicate that there is more silica (sand) in the air in Williston Basin counties than is considered safe. Over time, inhaling silica can cause a lung disease called silicosis. So far, oil field workers have not shown signs of silicosis but, because the disease occurs slowly over time, it may not show up for many years.

Why is this important? North Dakota is seeing job growth while many other states are experiencing loss of good jobs. There is no doubt that oil field jobs, ranging from entry level clerks to geological engineers, are raising the standard of living in western North Dakota. The benefits from those jobs extend to associated areas of employment, too. However, the jobs are generally more dangerous than coal mining, farming, and manufacturing jobs available in other parts of the state. North Dakota residents will soon have to make important decisions about how to find a balance between valuable jobs and job safety.