The women of Dakota Territory did not have the right to vote until 1883, even if they owned land or paid taxes. Woman suffrage was an important topic in Dakota Territory and proposals for full suffrage were brought up in legislative sessions from time to time. The women of Wyoming Territory had enjoyed full voting privileges since 1869. Finally, in 1883, the Dakota Territorial legislature cautiously granted school suffrage to women. This meant that women could vote on all local school issues. (See Document 1) When North Dakota became a state in 1889, school suffrage continued and women could vote for state Superintendent of Public Instruction. (See Document 2) 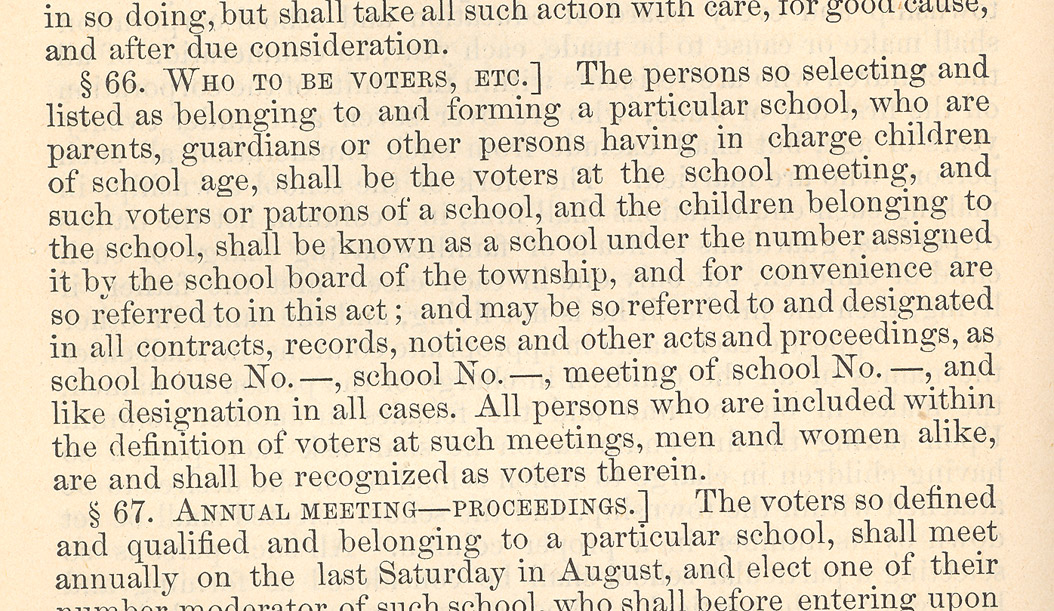 Document 1: In 1883, the legislature granted women the right to vote in all school elections. Women could vote for local superintendent of schools and state Superintendent of Public Instruction. A separate ballot was prepared for women and in some counties women had a separate ballot box. School suffrage was a common step in the process of gaining suffrage throughout the nation. Women were thought to have a special interest in their children’s education, so in many states women could vote on school issues. 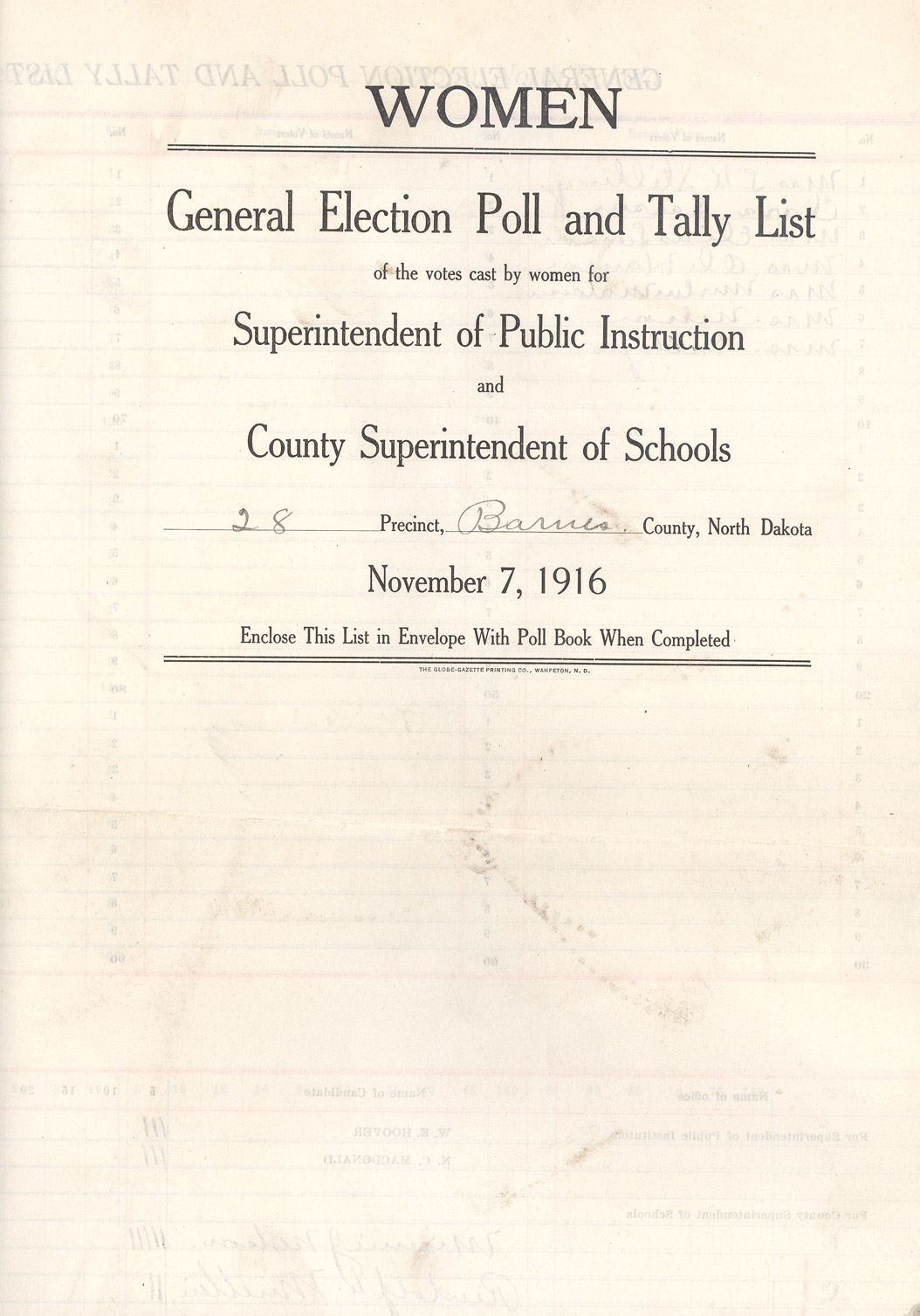 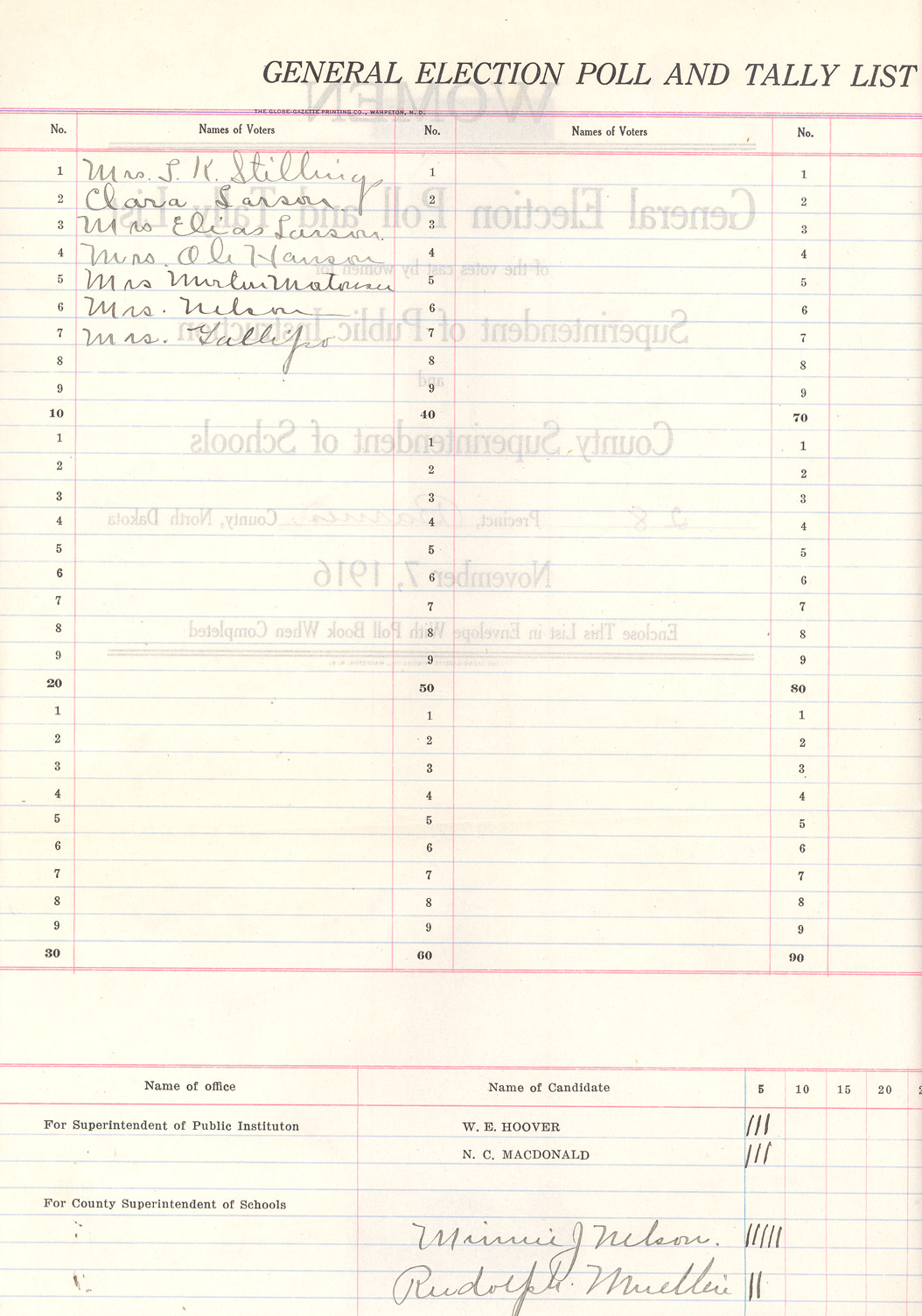 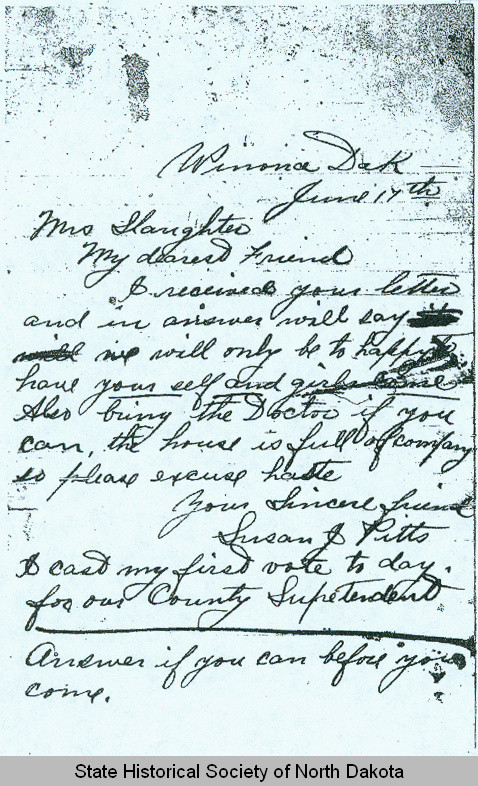 Document 3: Susan Pitts wrote to political activist and woman suffragist Linda W. Slaughter about ordinary events. But in the postscript, she wrote about her excitement in casting her first vote. She knew that Slaughter would be sympathetic as one of the few suffragists in Dakota Territory. The letter is undated, but probably written in the mid-1880s. SHSND Mss 10003. 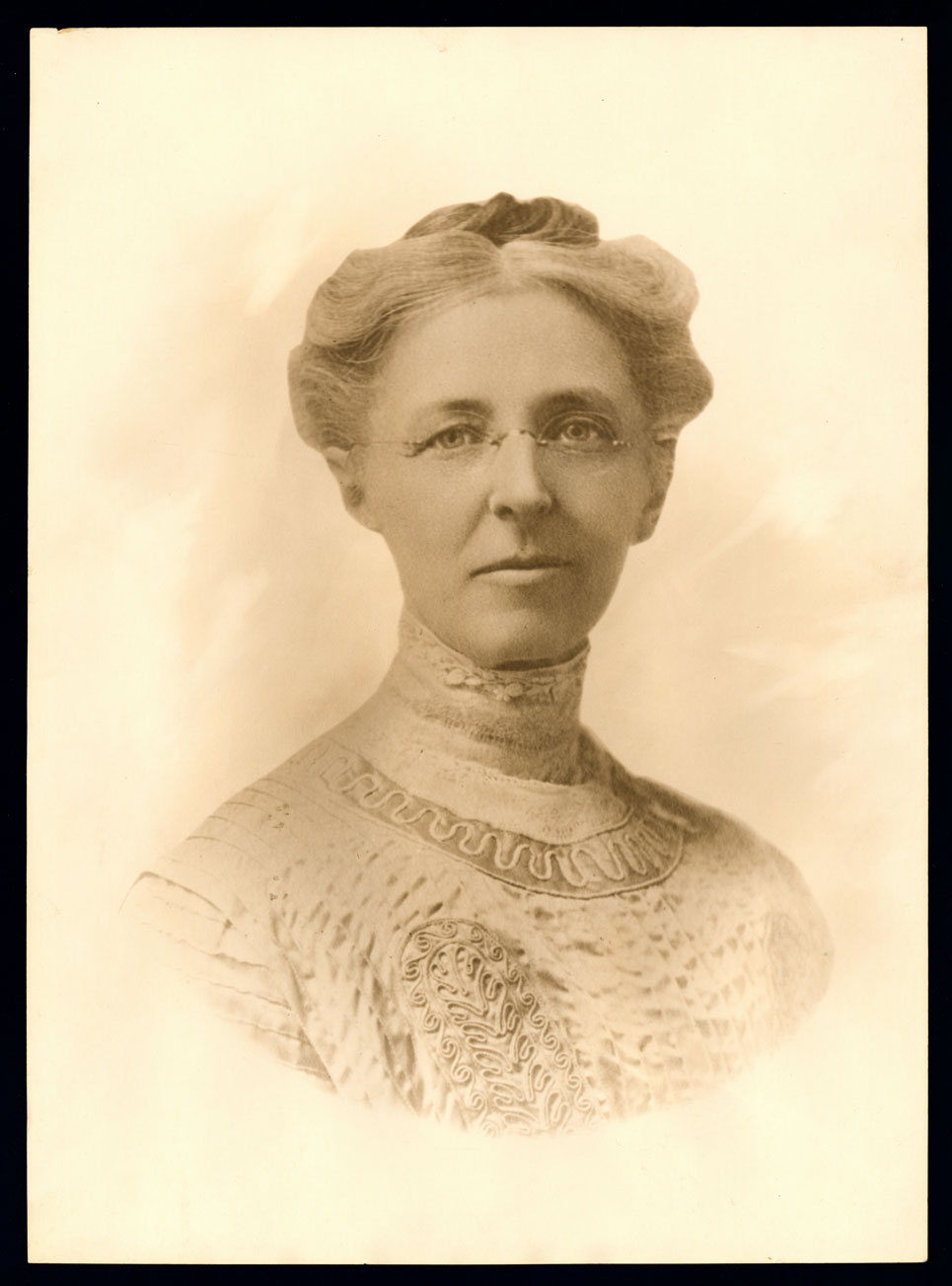 Image 1: Elizabeth Preston Anderson was president of the North Dakota chapter of the Woman’s Christian Temperance Union (WCTU) for 40 years. Though the organization’s main interest was in preserving and enforcing the prohibition law, the WCTU also favored woman suffrage. Mrs. Anderson, who lived in Tower City, oversaw the introduction of suffrage bills into the legislature and reported on legislative action on suffrage bills. Without her efforts, there would be almost no record of the partial approval and “loss” of the 1893 suffrage bill. SHSND D0634-0001.

During the early territorial period, the leader of woman suffrage was Linda Slaughter. (See Document 3) By the time of statehood, Elizabeth Preston Anderson became the most important leader of woman suffrage. (See Image 1)  Neither woman raised a ruckus over the issue. There were no suffrage parades or hunger strikes in North Dakota as there were in other states. Slaughter represented the National Woman Suffrage Association in North Dakota. Elizabeth Preston Anderson was president of the Woman’s Christian Temperance Union (WCTU) in North Dakota. The WCTU’s most important concern was to maintain the prohibition clause in the state constitution. Incidentally, the members of the WCTU supported woman suffrage.

In 1885, a bill granting women full suffrage was introduced into the legislature. A few legislators viewed the bill favorably. Newspaper editors in the northern part of the territory supported the bill. Many letters written to the Bismarck Tribune urged the legislators to approve the bill. (See Document 4) However, other legislators treated the bill as a joke. In an effort to discredit women’s arguments for equality, they tried to refer the bill to the Indian Affairs committee. This move, though a joke, demeaned both women and Indians.Legislators who opposed woman suffrage often linked women’s voting rights with the expansion of suffrage to Indians and African Americans who usually did not share in the benefits of democracy. This bill passed both houses of the assembly but was vetoed by Governor Pierce. 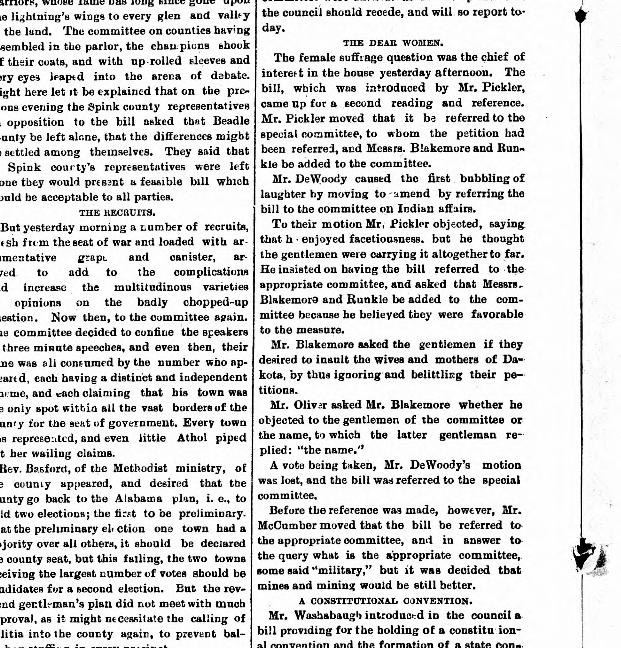 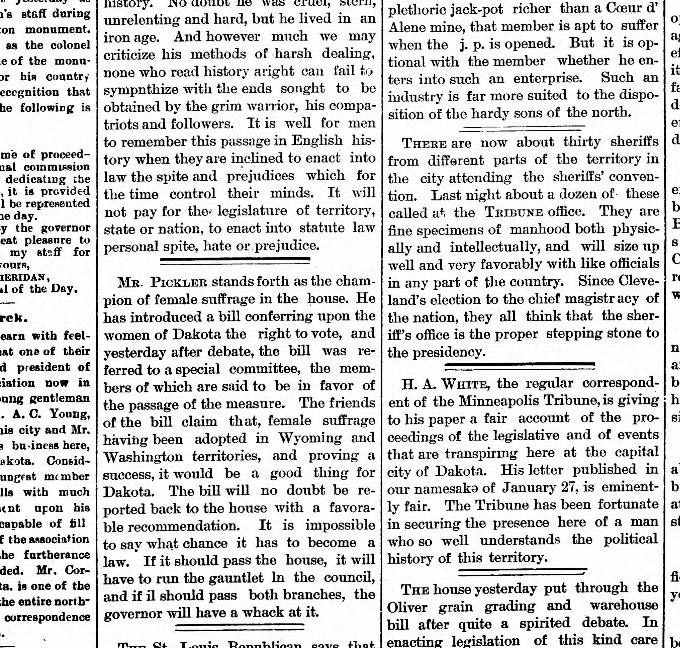 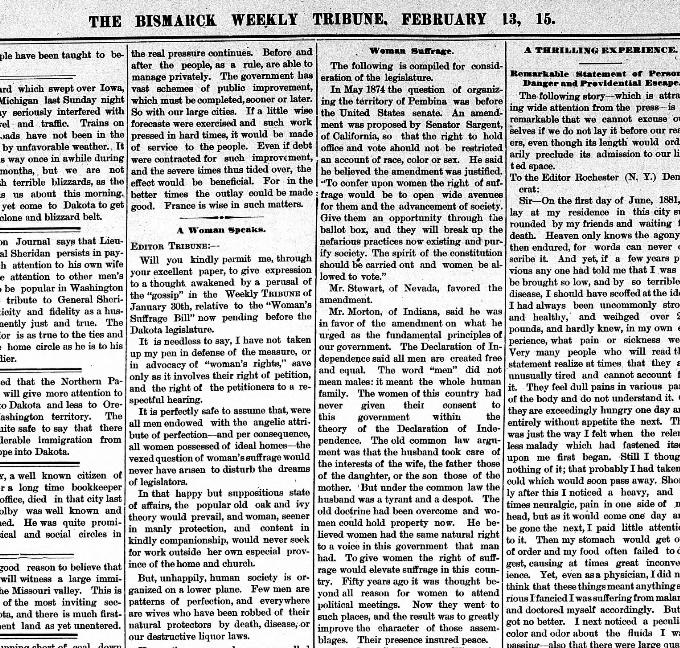 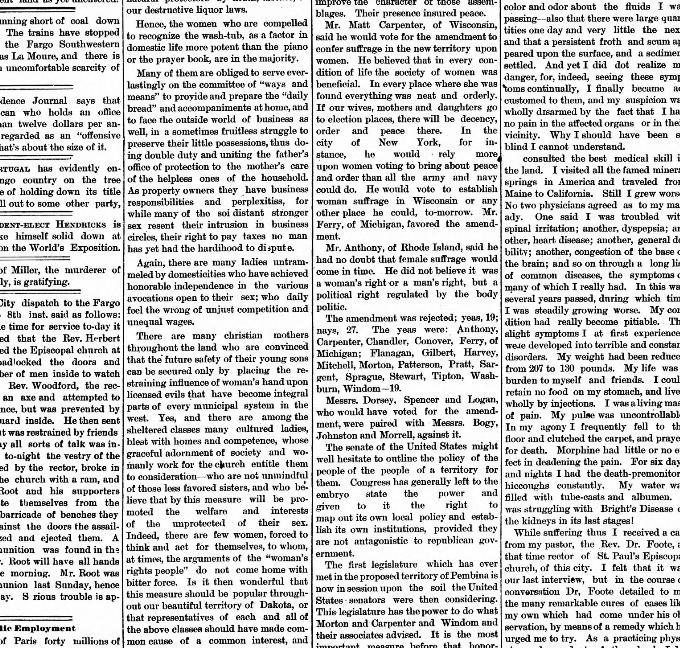 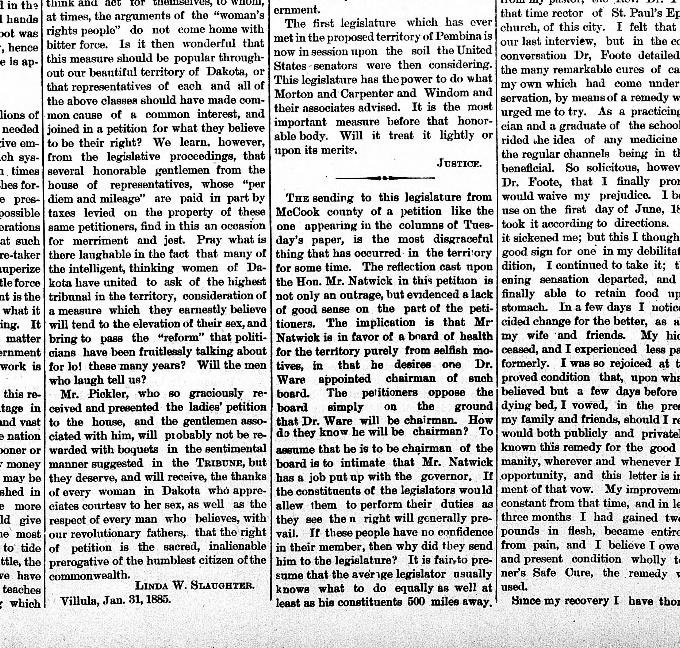 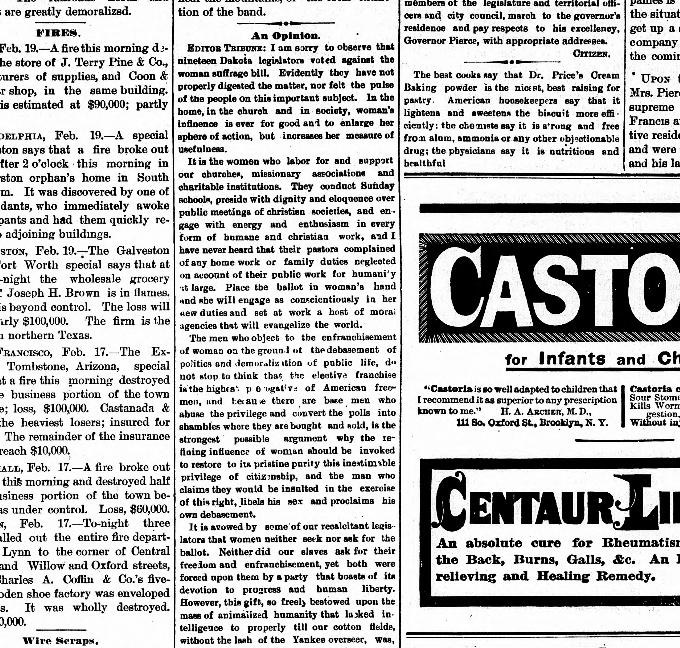 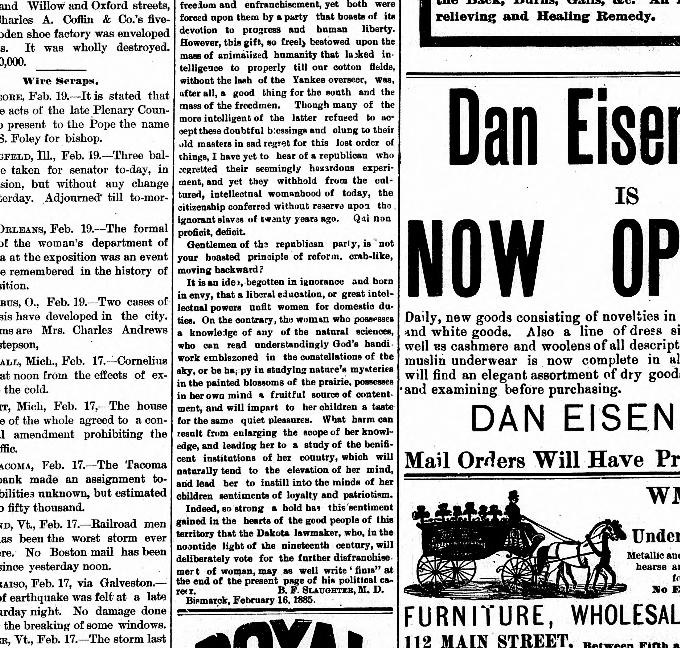 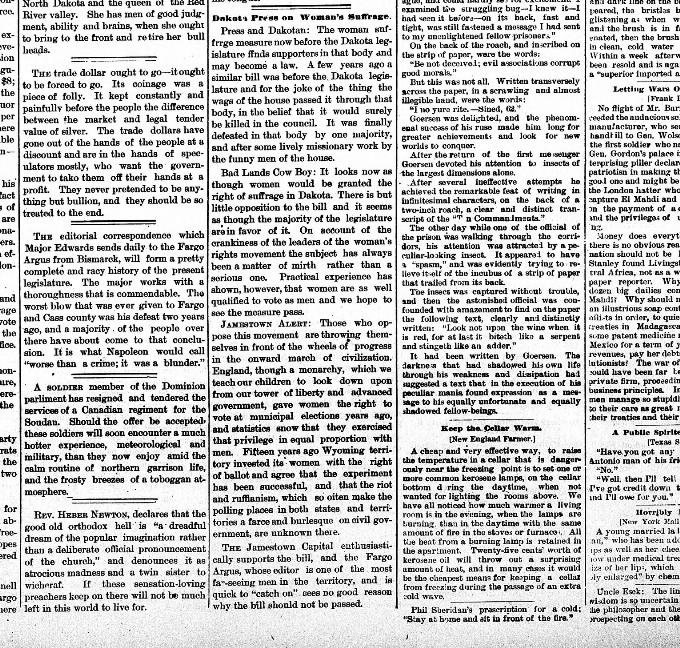 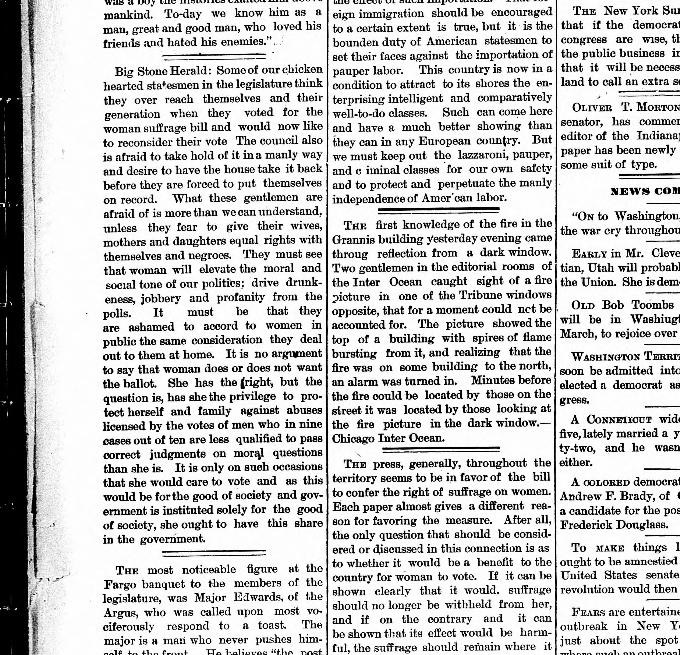 A woman suffrage bill was introduced at the last territorial legislature in 1889. This time, Mrs. Anderson was watching the events in the legislature very closely. She recalled one of the arguments raised by a legislator against the bill. He said: “If that bill becomes a law, every Norwegian woman in the state will vote and there won’t be a white woman in the state that’ll vote, and the result will be that in a few years not a man can be elected to the legislature unless he’s a Scandinavian.” Of course, today we understand that Scandinavians are light-skinned people, but in the 19th and much of the 20th centuries, immigrants were often not classed as “white” people.

Mrs. Anderson was also present in 1893 when the state legislature was often at odds with the first Democratic governor, Eli Shortridge. In 1893, a bill to grant woman suffrage passed both the state senate and house on the last day of the session. The speaker of the House refused to sign the bill. Mrs. Anderson believed that Governor Shortridge would sign the bill. However, the bill was “lost” on the way to the governor’s office. (It was not the only bill “lost” in that noisy and unproductive session.) The House then expunged the record. This means that the House removed all notice of the bill from the minutes of its meetings. If witnesses had not remembered the event, no one would know that North Dakota nearly legalized woman suffrage in 1893.

Why is this important? Some members of the state legislature said that they could not support woman suffrage until women in substantial numbers asked for the right to vote. Their argument suggests that voting is not an inherent human right, but a gift of government to the governed.

The founding documents of the United States state otherwise. The Declaration of Independence declares “that Governments are instituted among Men, deriving their just powers from the consent of the governed.” The Preamble to the Constitution begins with the phrase: “We the People.”

The major legal question was not whether these documents considered women less than human, but whether women’s rights were covered by their husbands’ rights. Even single women were under the care of their fathers and brothers. When women asked for political equality, they were also asking for the right to govern their own business, legal, and social affairs.