The first brick buildings in what is now North Dakota were probably constructed at Fort Stevenson on the Missouri River in the 1860s. The buildings were of adobe (dried dirt and clay bricks), but the chimneys were of fired (hardened) bricks. The basement of the commissary storehouse was also made of brick. The bricks were brought up-river from St. Louis. The bricks made a heavy and space-consuming load. It was not long before military engineers discovered clays on the surface of Dakota Territory that were of a good quality for making bricks.

Image 3: Soldiers and civilian employees manufactured bricks at Fort Totten using a small kiln to harden the bricks by fire. The brick buildings were painted to help preserve the bricks against weathering. SHSND 0670-024. 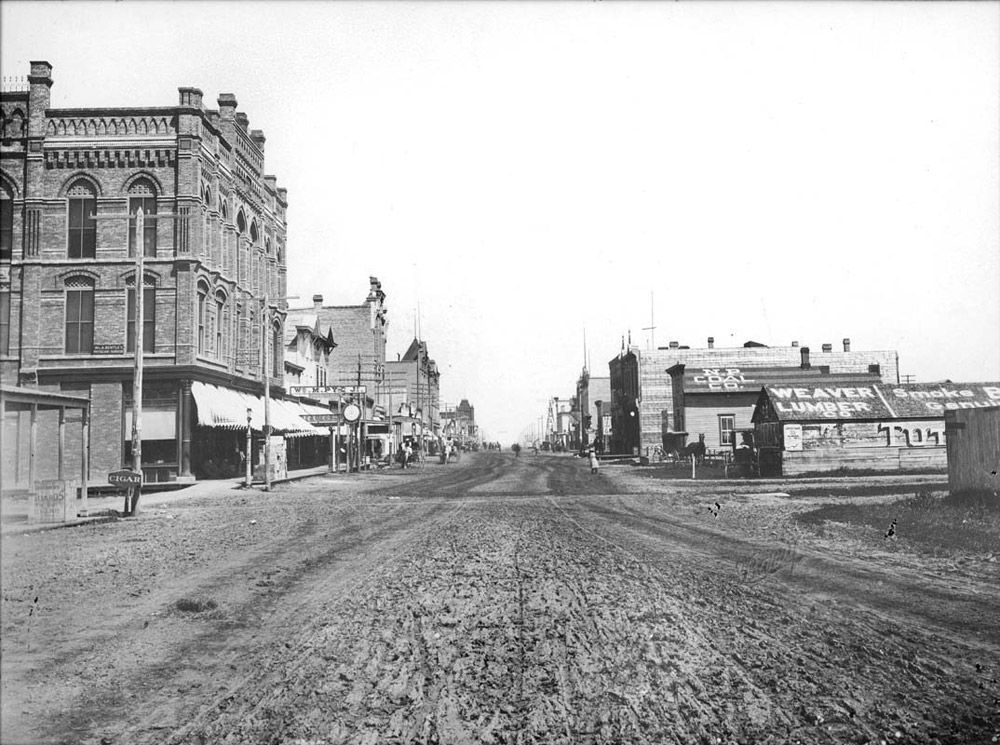 Image 4: Though Bismarck was the capital of Dakota Territory and North Dakota, the streets were a mucky mess after rain or snowmelt. It was many years before Bismarck paved its streets with brick. This view of Main Street at Second Street looks to the east past the large brick building called the Dakota Block. The Dakota Block survived the 1896 fire that destroyed many of Bismarck’s business buildings. SHSND 0022-H-049 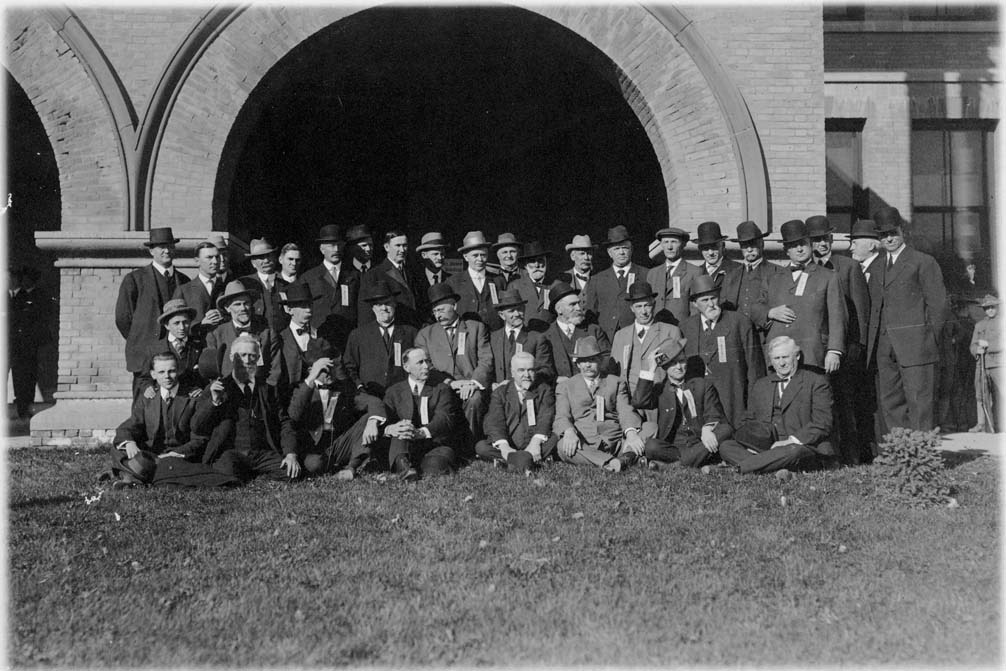 Image 5: The Old Capitol which served both the territory and the state, was built mostly of bricks from the Sims brickyard. Though the bricks were quite sound and made a safe structure, the lime content caused some weathering. The bricks in this archway show signs of deterioration due to weathering. SHSND 0239-147 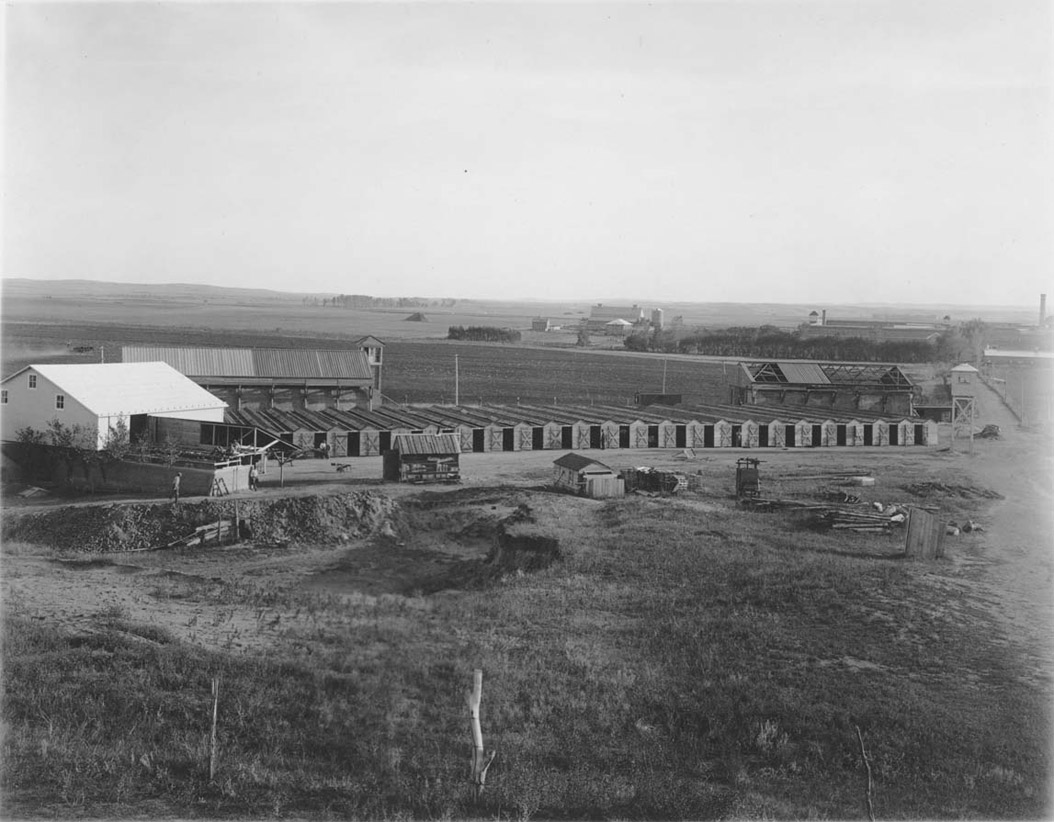 Image 6: The State Penitentiary opened a brick yard on the west side of Bismarck. Prisoners usually contributed to the work of the prison including the dairy, laundry, and the brick yard. Later a suitable supply of clay was located closer to the penitentiary grounds. Eventually citizens complained about the state competing in business. The penitentiary’s free labor made the cost of bricks far lower than the cost of bricks produced in private enterprise. SHSND C0108 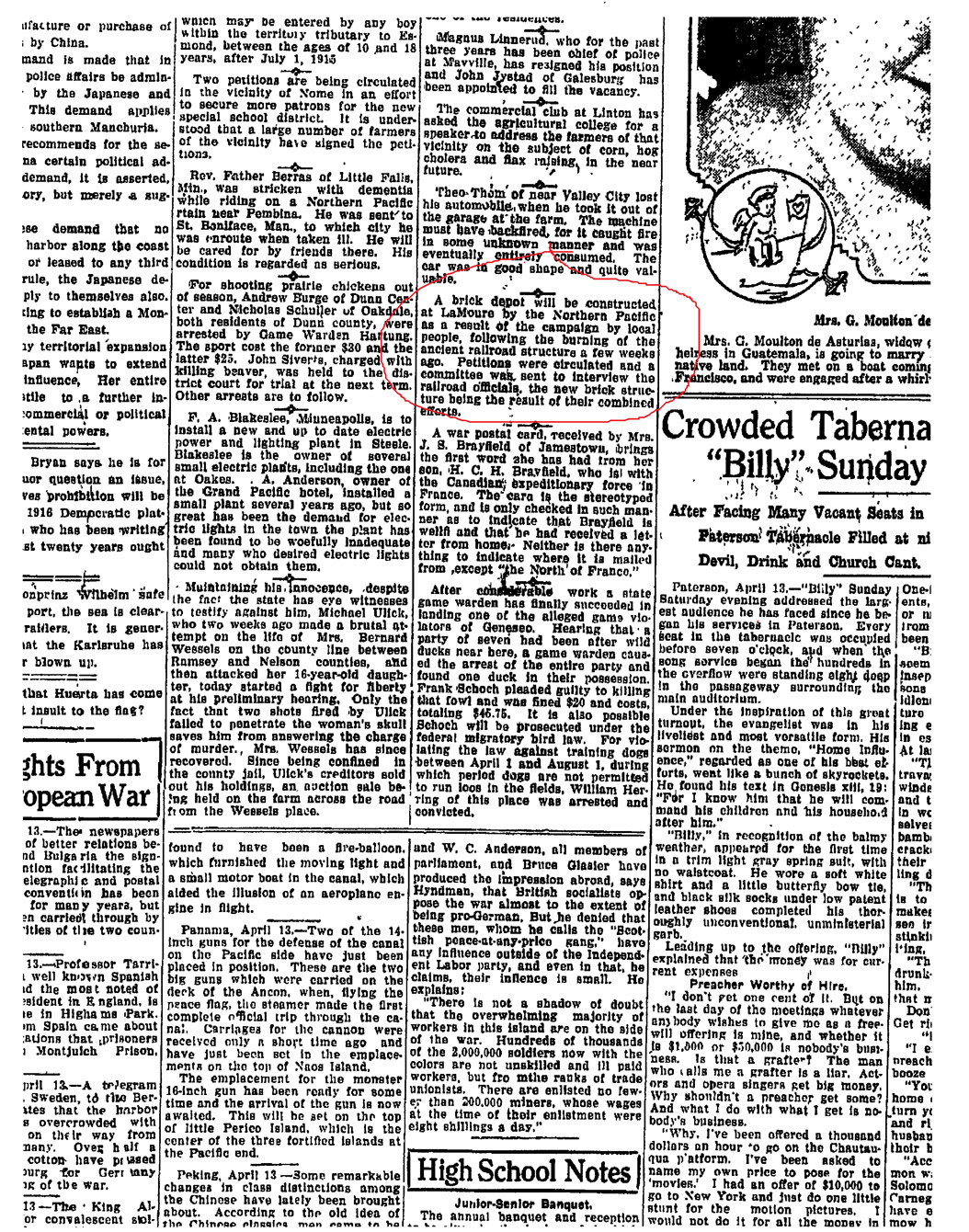 Document 2: The Bismarck Tribune announced that the railroad depot in LaMoure would soon be replaced by a brick building after the former depot was destroyed by fire. Bismarck Tribune, April 14, 1915. 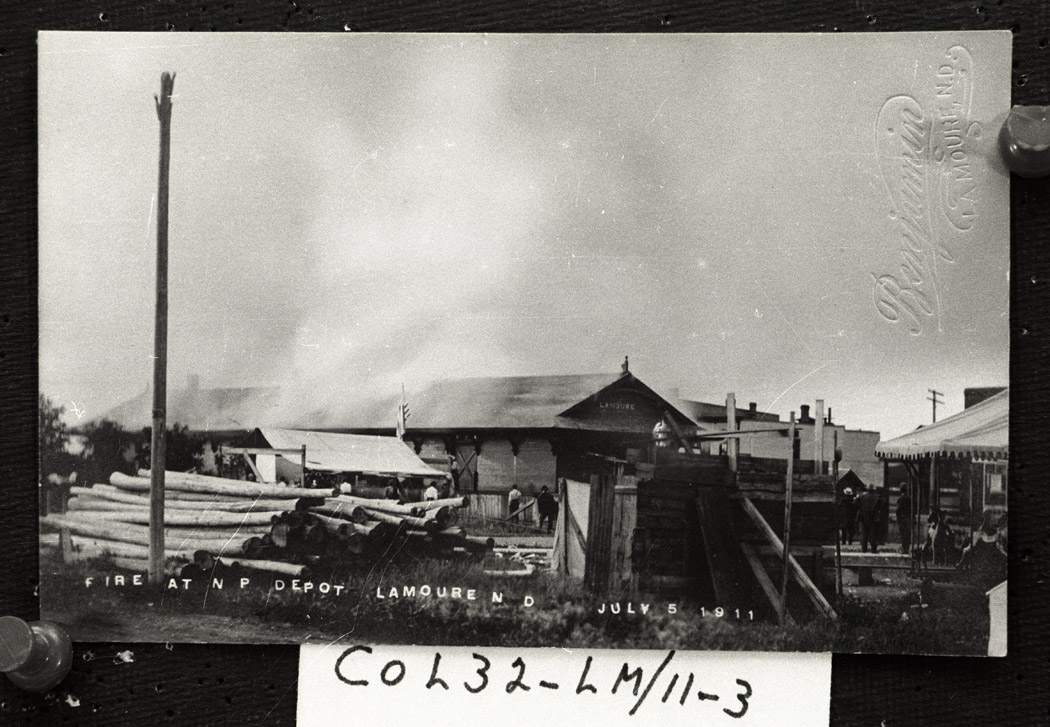 Image 7: The Lamoure railroad station was made of wood. Stockpiles of lumber and poles lay in the rail yards nearby. A sharp photographer caught a picture of the building just as a fire began. After the fire destroyed the building, it was re-built with brick. SHSND 0032-LM-11-03. 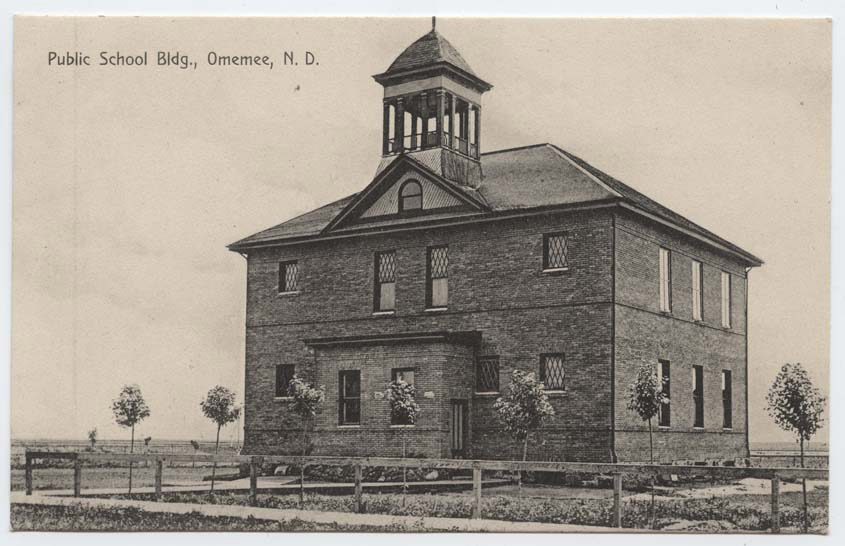 Image 8: The little town of Omemee (eight miles southeast of Bottineau) had a brickyard and big dreams. City leaders promoted brick buildings for homes, businesses, and schools as a sign of the town’s prosperity and permanence. The brick school and other buildings were abandoned when the local economy failed. SHSND 2012-P-009-04 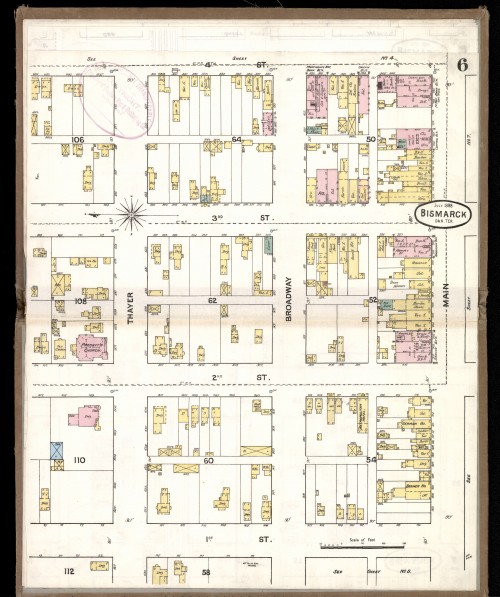 Map 1: Sanborn Fire Insurance Map, 1888. Fire insurance companies wanted to know with certainty the risk involved in insuring city buildings. The Sanborn Company mapped towns and cities to show which buildings were constructed of brick and which of wood. Pink buildings on the map were built of brick or partially constructed of brick. Yellow buildings were of wood. The 1888 map shows more yellow (wood frame) buildings on Main Street and on Fourth Street than Map 2 (1899). SHSND 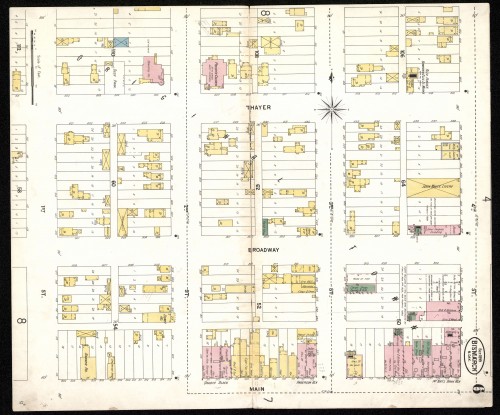 Map 2: Sanborn Fire Insurance Map, 1899. Fire insurance companies wanted to know with certainty the risk involved in insuring city buildings. The Sanborn Company mapped towns and cities to show which buildings were constructed of brick and which of wood. Pink buildings on the map were built of brick or partially constructed of brick. Yellow buildings were of wood. The 1888 map shows more yellow (wood frame) buildings on Main Street and on Fourth Street in 1888 than in 1899. SHSND 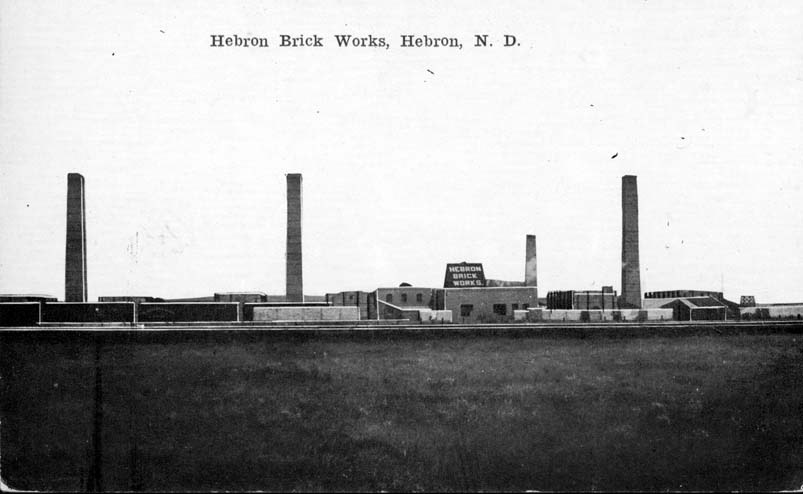 Image 9: The Hebron Brick Company still operates its clay mines and factory at Hebron. It is the last, and most prosperous, of North Dakota’s many brick factories. SHSND 0149-09

Soldiers at Fort Ransom replaced their drafty cottonwood log buildings in 1868 with bricks they made at the fort. Around 1870, soldiers and civilians at Fort Totten were also making bricks for fort buildings. Both forts used local clay deposits for their bricks and small kilns to fire the bricks. (See Image 3.)

By the early 1870s, Fargo was a growing city with a couple of brickyards. These brickyards did not stay in business long. Other towns in the Red River Valley also made use of local clay deposits to produce bricks for local use. These brickyards were not large businesses. Most brickmakers did not expect to build a business big enough to ship bricks to another city or state.

In 1883, when the territorial capital moved from Yankton to Bismarck, it was necessary to build a new capitol building. (See Image 4.) There was a brickyard in Bismarck that supplied bricks for local construction. However, the bricks from the Sims brickyard in western Morton County were thought to be of better quality. The new capitol was built with Sims bricks. These bricks, however, had bits of lime in the mix. Over the years, the bricks were exposed to weather that caused the lime to wash out. The building remained structurally sound, but the brick face appeared rough. (See Image 5.)

Brick buildings helped solve one of North Dakota’s problems. (See Image 6.) There were few trees to harvest for lumber. Bricks provided a solution to the lumber problem. They were made from locally supplied clay were relatively inexpensive for new buildings.

Fire was another problem that all cities faced. (See Document 2.) (See Image 7.) Wooden buildings burned easily and fire brigades were ill-equipped to fight a city-wide fire. After a fire, many cities re-built with brick which was far less likely to burn. City leaders and insurance companies encouraged building with brick because the city was far less likely to burn to the ground if many of the buildings were constructed from brick. In the 1870s, the territorial legislature required schools to be built of brick. Towns with brick factories tried to comply with the law. (See Image 8.) The Sanborn Fire Insurance Map Company identified brick and wooden buildings in each city as well as fire departments and water systems. Owners of brick buildings paid lower premiums for fire insurance than owners of wood buildings. (See Maps 1 & 2.)

The largest and most important brick manufacturing company in North Dakota got its start in Hebron in 1904. One of the founders of the business, Charles Weigel, was a German immigrant and experienced ceramist, or someone who works with clay. Weigel arrived in Hebron in 1891 and spent his spare time locating clay deposits and testing them for quality. He found several likely sources of clay. Weigel and his partners established a brickyard that produced 3,000,000 bricks in its first year. While people were building houses of brick in Hebron, there were few other markets for Hebron brick. But Weigel and his partner Ferdinand Leutz kept on making bricks. Soon the quality of their product was well-known.

In 1916, Hebron Brick had orders for 3,000,000 bricks. The company was so prosperous that it built a short rail line to bring clay from the deposits about five miles north of town to the plant in Hebron. The company employed 125 men “at good wages” and the plant was “running day and night.”

The Hebron brick company had several problems in common with other brick companies. A fire destroyed the plant in 1926. There were labor disputes. A labor shortage forced the company to hire workers from Romania who soon left because they did not like North Dakota winters.

However, the company continued in business producing high quality brick. Today, Hebron Brick Company is the only brick maker in North Dakota. (See Image 9.) It is a large business that still produces brick in Hebron, but has its headquarters in Fargo.

Why is this important? Brick making offered work to non-farm laborers and a steady source of work and income in small towns and cities. Brick buildings were fire-resistant (not fire-proof) and helped make North Dakota’s young cities safer. Brick streets reduced problems with mud and dust in urban transportation.