Among the regiments stationed at Fort Buford were the 10th Cavalry and the 25th Infantry. The soldiers of these regiments were African Americans (See Image 12.) who could only serve in segregated units under the leadership of white officers. The 10th and the 25th were part (along with the 9th Cavalry and the 24th Infantry) of the legendary “Buffalo Soldiers.” These troops were given their nickname by American Indians. The source of their nickname, which the soldiers accepted proudly, is not clear. Some historians say that Indians admired the way African American troops stood their ground like an angry buffalo bull. Others have found that American Indians likened the tightly curled hair of African Americans to the dense wooly coats of bison. 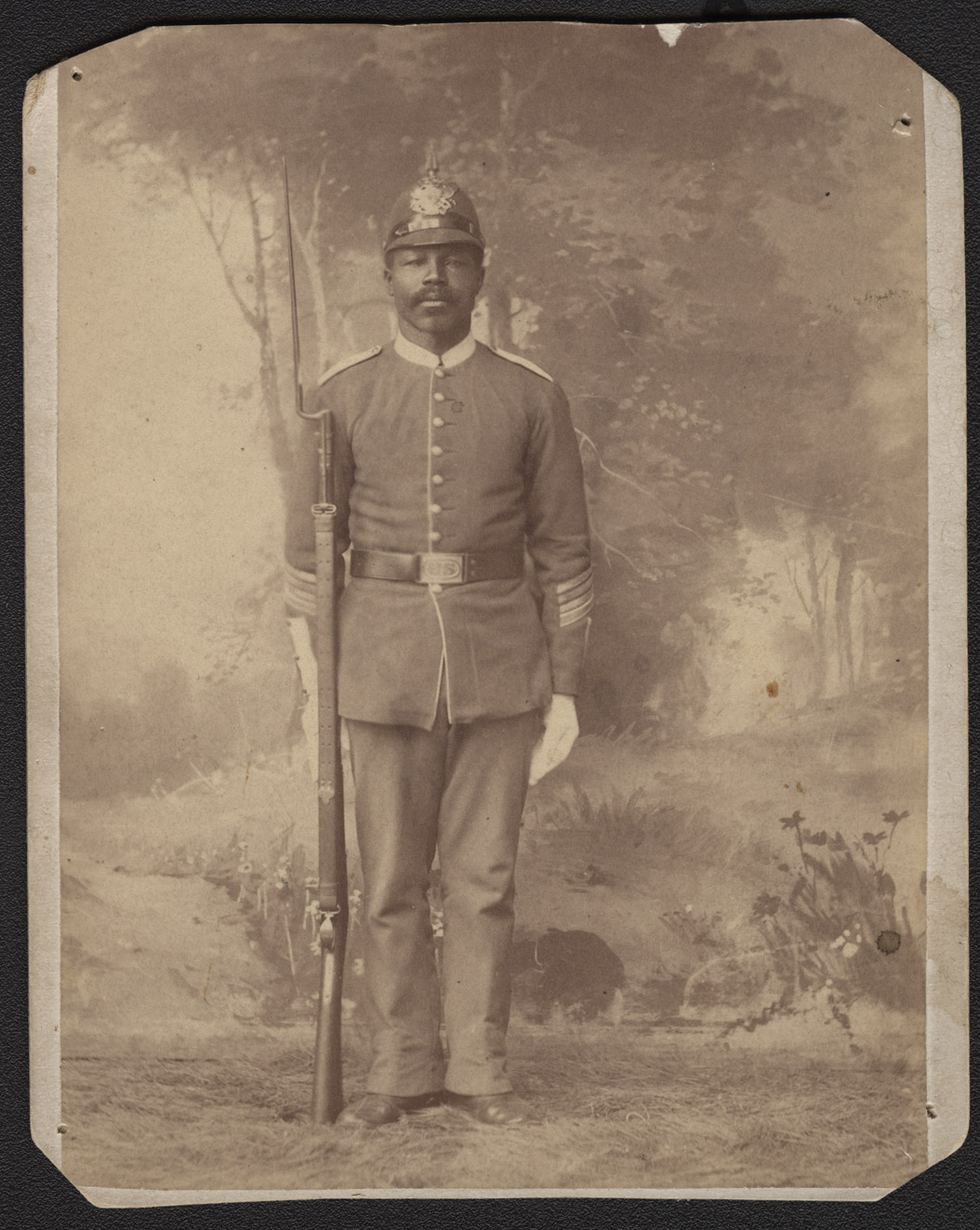 Although African Americans have served in every American war, they could not enlist in the regular Army until special regiments were formed after the Civil War. During the late 19th century, African Americans were rarely admitted to the military academy at West Point, and very few were able to achieve the rank of officer.

African American soldiers often joined social organizations such as Odd Fellows, Sons of Veterans, and Masons. At Fort Buford, soldiers of the 10th Cavalry and the 25th Infantry organized a Prince Hall Masonic Lodge, Eureka #135. Most of these soldiers had belonged to another Prince Hall lodge when they were stationed in Arizona during the military campaign against the Apaches led by Geronimo.

Social organizations allowed mingling between officers and enlisted men and between African Americans and whites. These social relations would not have been acceptable in ordinary encounters. Though the Masonic lodges were segregated, members recognized and respected their “brothers” of different race.

Why is this important? Following the Civil War, African Americans faced both legally sanctioned and informal restrictions based on their race. Honorable military service, however, offered African American men a good income, a chance for meaningful work, and a way of demonstrating their commitment to citizenship. Some of the soldiers who were discharged while serving at Fort Buford remained in the Williston area.