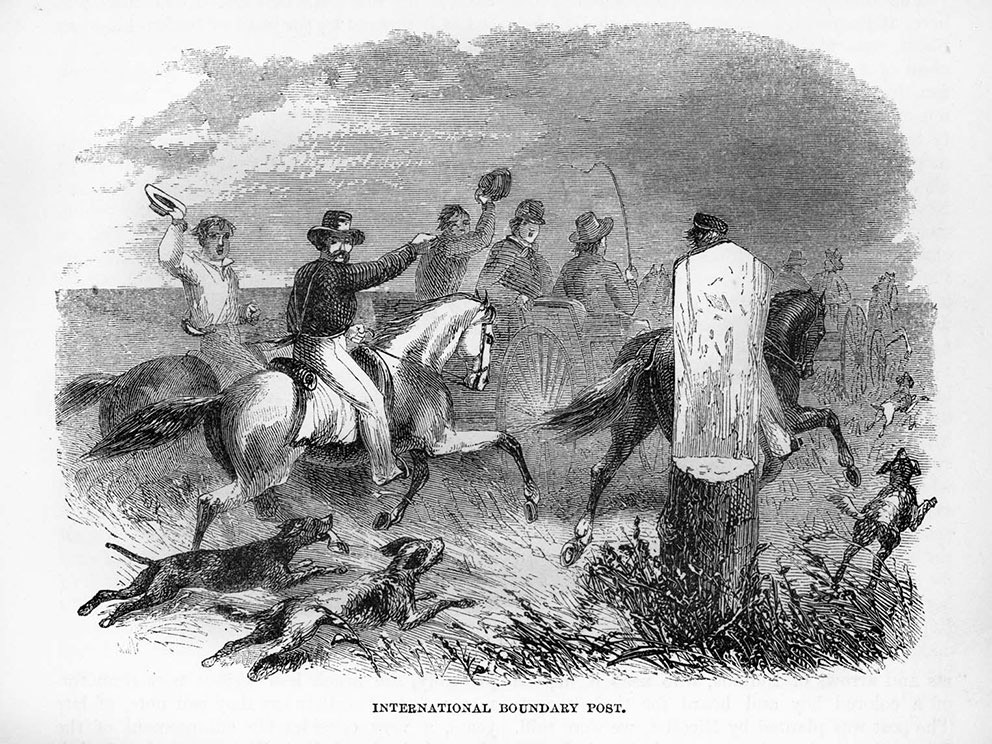 Image 3: Though the 49th parallel was determined to be the northern boundary of the United States (and North Dakota) in 1818, it was many years before permanent boundary markers were set in place. Temporary boundaries such as this tree trunk did not last long. SHSND Harpers Vol 21 p583a.

Further discussions of the boundary issue were impossible when the United States and Great Britain entered into a period of tensions that led to the War of 1812. During the 1814 treaty negotiations that ended the War of 1812, the question of the northern boundary came up again. The 49th parallel was suggested by the United States, but the British again delayed finding a resolution to the boundary issue. However, an era of good relations between the two nations began in 1815. 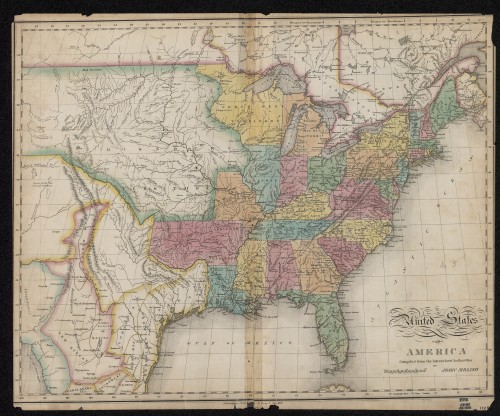 Map 6: This map was made two years after the London Convention of 1818 approved of the 49th parallel as the boundary from Lake of the Woods to the crest of the Rocky Mountains. The map-maker, John Melish, has located the Red River with a bit more accuracy than earlier map-makers, but hasn’t figured out what to do about the point where the 49th parallel meets Lake of the Woods. He simply drew in a line and placed Lake of the Woods out of his calculations. Though this map had only a few improvements over earlier maps, Melish does indicate that Louisiana Territory has already been carved up into new political units. In 1820, North Dakota was located in Missouri Territory. SHSND 973-5 M523u 1821.

When the United States bought Louisiana from France, it gained sovereignty (national control) over the entire Missouri River drainage. Some of the tributaries of the Missouri had their headwaters north of the 49th parallel. If the boundary line was to be successfully drawn along the 49th parallel, negotiations would have to resolve these contested areas.

In 1818, Great Britain opened negotiations on a number of international issues with a convention in London. Delegates from the United States insisted on keeping the northern boundary issue separate from all other questions. The British submitted to pressure to finalize the boundary. The line was decided to be along the 49th parallel from Lake of the Woods to the crest (high point) of the Rocky Mountains. (See Image 3.) The Oregon Country, west of the Rockies, remained open to both countries for several more years. (See Map 6.)

Why is this important? Before the Louisiana Purchase, the United States had no interest in the northern boundary. As the nation expanded, it needed to have the boundaries defined. In addition, it needed to be able to defend those boundaries both in negotiations with other nations and with military force if necessary. With the addition of Louisiana, the nation became powerful enough to make demands of Great Britain, which was at that time the most powerful nation in the world.

The new boundary line was a neat geographic line, but it divided Indian tribes that had previously moved about the region freely without regard to national boundaries. It also split up political control over watersheds. While making the boundary permanent resolved some issues, it also created other issues that would become important in future decades.