Section 2: The Indian Maps of Louisiana

When the United States acquired Louisiana, few people knew very much about the geography of that vast western region.  Maps that existed often misplaced the Missouri River, the Rocky Mountains (known as the Shining or Stony Mountains), and the Red River. (See Map 3.) However, Peter Fidler, a surveyor for the Hudson’s Bay Fur Company, learned that American Indians could provide him with a great deal of information on the geography of the northern Great Plains, Rocky Mountains, and Great Lakes regions. Between 1801 and 1810, Fidler collected several maps that allowed European map-makers to fill in some of the blank areas on North American maps. 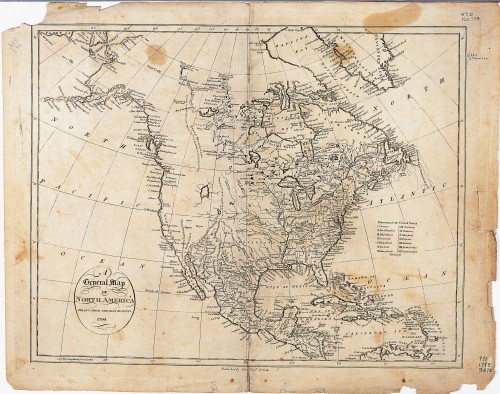 Map 3: John Reid of New York created this map of North America in 1795. While Reid’s geography of the United States east of the Mississippi River is fairly accurate, the area of the Great Plains and Rocky Mountains contains more errors than useful information. This map indicates that most people in the United States had little information about what Louisiana contained in 1803. SHSND 970.03 R353g 1795.

When Fidler asked an Indian about the location of rivers, mountains, and trails, the informant often drew a map in the dirt or snow. Sometimes, Fidler asked the Indian to draw the map on paper.  Fidler then transferred the map into his journal. 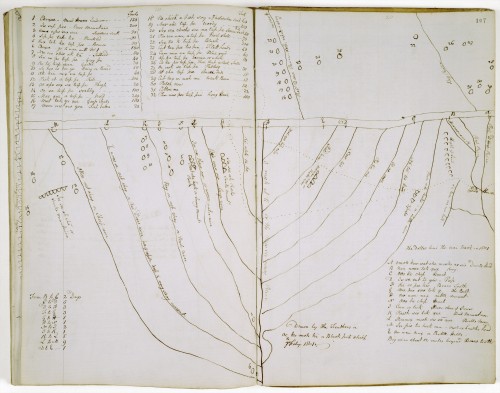 Map 4: In 1801, a Blackfoot named Ac ko mok ki drew a map in the snow or dirt for Peter Fidler of the Hudson’s Bay Company. Fidler re-drew the map in his journal. This map was far more complete than any previously available. It showed the Missouri River (the central line) and its tributaries. The Rocky Mountains are represented by the double line in the upper half of the page. The circles represent Indian villages. The key in the upper left corner indicates the number of people living in the villages. Hudson’s Bay Company traders needed this information for travel and to find the villages where they could trade for furs. Courtesy, Hudson’s Bay Company Archives, T11048. 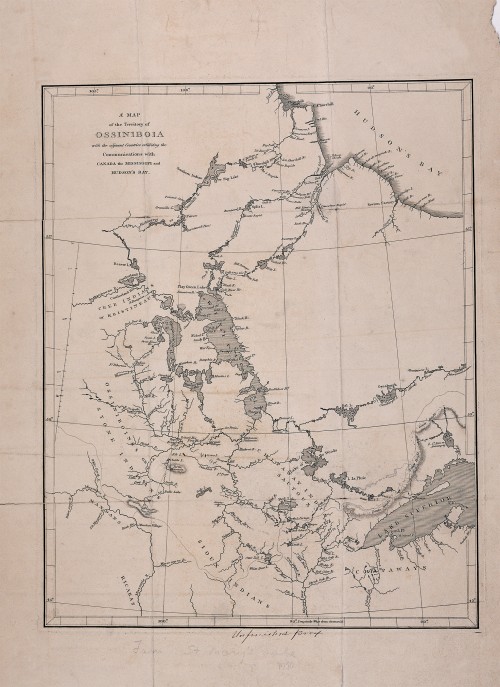 Map 5: This map, made for the Hudson’s Bay Company by its own cartographers (map-makers) appears to have utilized information gathered by Peter Fidler from his Blackfoot map-makers. Many tribes are accurately placed in the locations they commonly considered home territory. This information was extremely important to the fur trade business. The title of the map, “A Map of the Territory of Ossiniboia”, refers to that region of Canada which was named for the Assiniboine (Ossiniboine) Indians. SHSND 978-41 M297 1814.

One of Fidler’s map-makers was a Blackfoot named Ac ko mok ki, or “The Feathers” in English.  In February 1801, Fidler asked Ac ko mok ki to draw a map for him. [Map 4] Fidler re-drew the map into his journal. He later sent the map to the Hudson’s Bay Company map-makers who believed that Ac ko mok ki’s map had “some degree of certainty.” The new information was used to update maps of the Upper Missouri Country. (See Map 5.)

Ac ko mok ki’s map covered an area of 200,000 square miles in great detail. He showed the location of 32 Indian villages with the name of the head man and the number of tipis or households in each village (upper left corner). He listed major geographic features of the Rocky Mountains (lower right corner). In the lower left corner is a list of how many days were required to travel (on foot) from one location to another.

The map reveals a great deal about the differences between the ways American Indians and European Americans viewed the world. Indians did not think of North as the fundamental direction for a map as Europeans did. If you were to hold Ac ko mok ki’s map as Fidler drew it into his journal, the Rocky Mountains are on the top of the page. Europeans viewed the top of the page as North, so the Rocky Mountains on European-made maps usually were on the left side of the page, not on the top. Ac ko mok ki did not worry about measurable ground distances such as miles. For him, distance was the number of days necessary to travel from one place to another.

Ac ko mok ki’s map also suggests that the wide-spread concept held by European Americans that western Indians were nomads with little useful knowledge was entirely mistaken. Ac ko mok ki had traveled widely and engaged in trade with other tribes over a great portion of the Upper Missouri country.  His maps revealed a system of economically and culturally complex trade networks among various Indian tribes. The trade networks expanded to include trade with British and French trading companies in the late 18th century.

Why is this important? The geographic information that Ac ko mok ki and other Indian map-makers shared brought more traders and trappers into their homelands. The new trade partners were at first welcomed. Traders brought many advantages to the tribes in the form of manufactured goods. However, eventually alcohol and disease entered the trade system bringing death and disorder to the tribes.