Around 1200 A.D., the People of the northern Great Plains began to acquire corn. The earliest evidence indicates that the People who lived in the earthlodge village now known as Menoken Village prepared and ate corn. They later acquired the knowledge to cultivate corn in gardens.

Corn seeds and the knowledge of corn culture had traveled north from Mexico. The ancestor of corn is teosinte (TAY oh SIN tay), a grass which is native to the highlands of Mexico. Each tiny seed of teosinte grew individually with its own husk. People of Mexico began to choose and cultivate individual plants that produced the seeds best suited for their needs.

By about 1500 B.C., corn (perhaps better known as maize) was cultivated in the southwest of present-day United States. From there, corn seeds traveled to the southeastern part of the United States around 1 A.D. At first, corn was not an important food source. It was probably a ceremonial or special occasion food or a food eaten only by wealthy and powerful people. 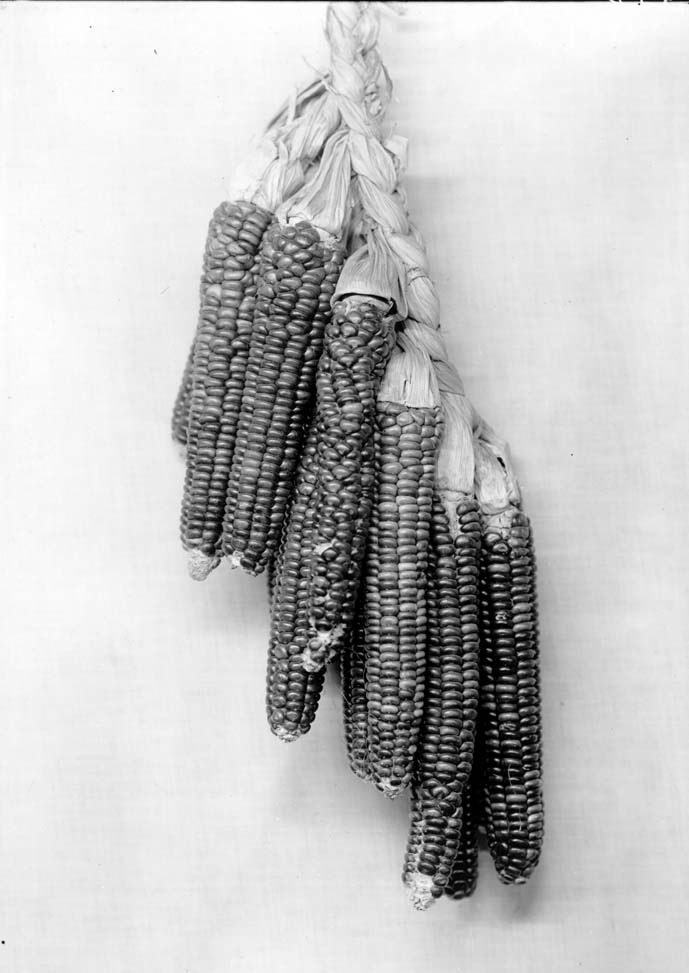 Image 1: Red Clay Corn was one of the corn varieties raised by Mandan women. It was a dark, purplish red in color, had about 8 rows of kernels and was about six and one-half inches long. This corn was known to the Mandans for many years before they moved to the Fort Berthold Reservation. After harvesting, the women dried this corn for storage. Before it was used, it would be pounded into flour. SHSND A4782.

However, as corn was traded northward into the valleys of the Mississippi and its tributaries, it became a staple food. In other words, corn became the most important food for many tribes. Corn was an important food source for people who built large, fortified cities.

Trade networks carried corn north and west into the Missouri Valley and the Great Plains. The People planted corn that was very different from the corn we know today. The plants were small and likely to have multiple stalks. The ears were short, four to seven inches long, and they had fewer than 12 rows of kernels. As many as 13 varieties of corn were cultivated for different purposes. (See Image 1.) 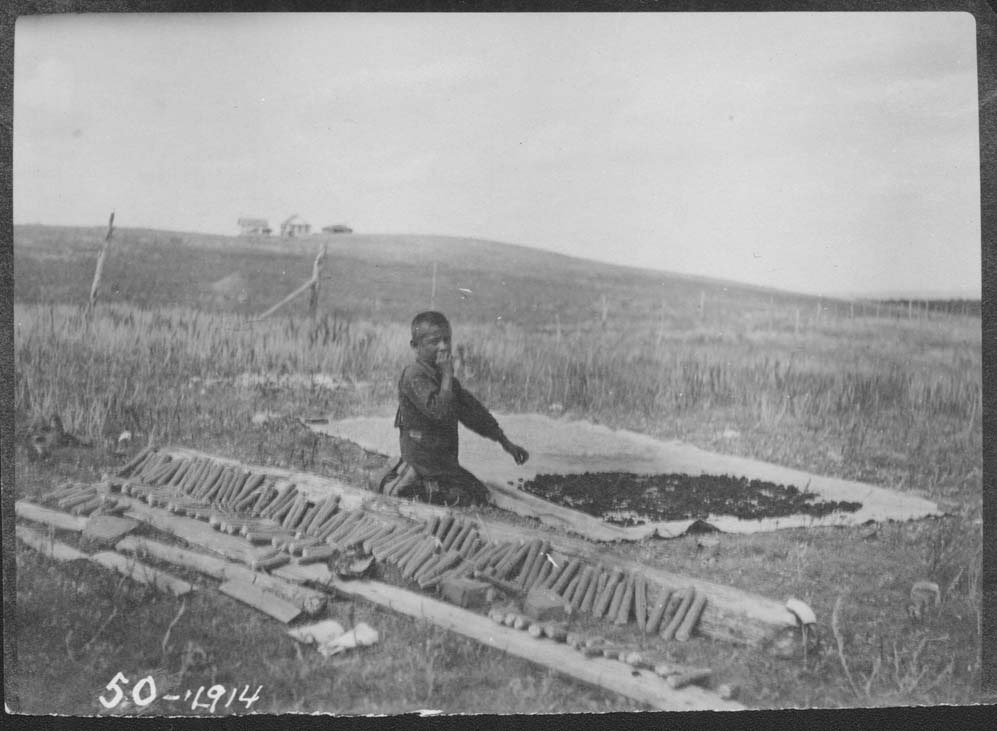 Image 2: It was important to dry corn for winter storage. Corn could be dried on the cob or as kernels removed from the cob. This little boy, a son of Buffalo Bird Woman’s brother, Wolf Chief, appears to be nibbling on corn drying on a blanket in the sun. SHSND 0086-0330.

Corn became one of the most important foods for the Mandans, Hidatsas, Arikaras, and other tribes. The Mandan women grew more corn than they needed to feed their families. They ate some “green” (in the young, tender stage) in late summer, and they dried corn for winter use. (See Image 2.) Dried corn was such an important trade item that it became a diplomatic tool for managing relations with other tribes. Visitors who arrived at the village were offered corn in exchange for things the host community needed or wanted. Many of these visitors became regular trade partners.

A new visitor to the Mandans often received a gift of corn. With this gift, the Mandans secured the visitor’s trust, gratitude, and good will. The French Canadian explorer Verendrye traveled from Lake Winnipeg to the Mandan Villages on the Missouri River in 1738. He was the first European American to visit the Mandans. Undoubtedly, the Mandans thought Verendrye and the other white men in his party were a bit strange. Verendrye, on the other hand, was astounded by the wealth he found in the village. He referred to corn as grain or wheat. He wrote: “Their [fortified village] is full of caves [cache-pits], in which are stored such articles as grain, food, fat, dressed robes, bear skins . . . They brought me every day more than twenty dishes of wheat [corn] beans and pumpkins, all cooked.”

Corn, of course, was a familiar food to the European Americans who visited the Mandans. However, the visitors were a little surprised to find that “Indian corn” was prepared so well by Mandan women. Sergeant John Ordway traveled with Lewis and Clark up the Missouri River in 1804. Shortly after meeting the Mandans and Hidatsas, Ordway wrote in his journal, “. . . the men & women [gave us] Some corn & Bread made of the corn meal parched & mixed with fat &.C. which eats very well.”

The Mandans, Hidatsas, and Arikaras became well known throughout the North American continent because of their crops. The trade in corn made their villages wealthy. For more than 600 years, they developed and raised many varieties of corn. Their corn became the genetic foundation of new varieties of corn that non-Indians raised in North Dakota after 1900.