North Dakota was one of the battlegrounds for the Cold War (1950s through the 1980s). With more than 300 Inter-continental Ballistic Missiles (ICBMs) and 30 anti-ballistic missiles (ABMs), North Dakota was both well-armed and a prime target for enemy attack. Fortunately, none of these missiles was ever fired, and half of them were removed in the 1990s. 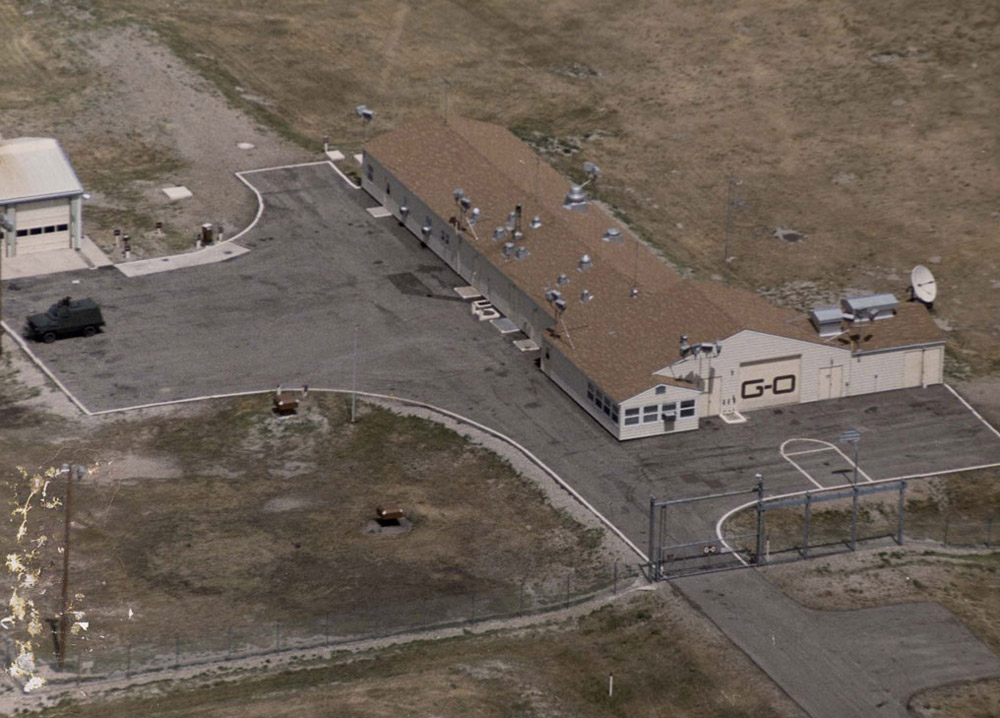 Image 1: The Missile Alert Facility or MAF was the headquarters for airmen who controlled a field of 10 missiles in silos nearby. These small buildings sat above a very deep underground facility where two or three missileers (Air Force officers with missile training) were locked into a blast-proof room for 24 hour duty. This room was the location of the mechanisms which actually fired the missiles. SHSND 11050-537. 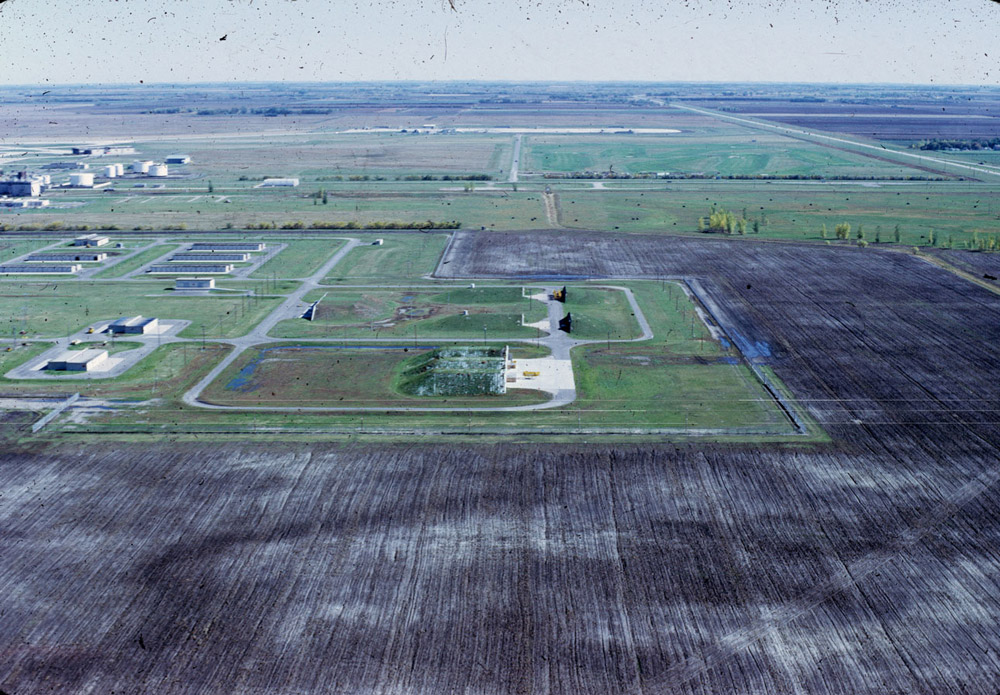 Image 2: This missile launch facility was built in the middle of a farm field. Many North Dakota farmers continued to tend their fields around the guarded fences. Some farmers reported that if they plowed too close to the fence, armed guards would order them away. However, over the years, farmers and airmen came to accept each other’s presence. SHSND 2004-P-006-336 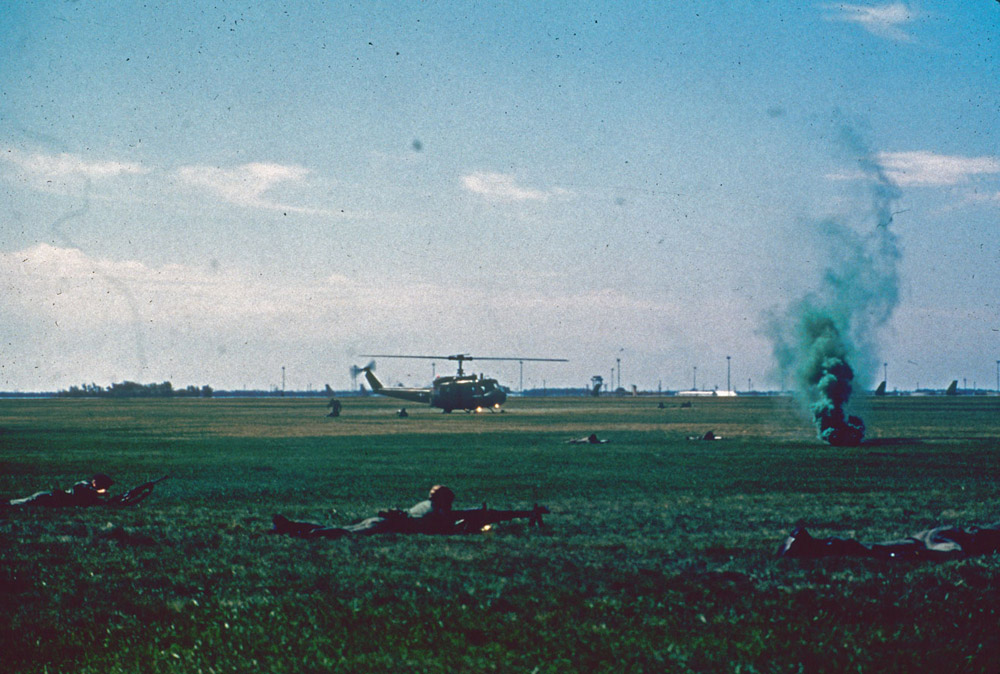 Image 3: Farmers were seldom informed about when the Air Force would be holding training exercises near the missile facilities. Shirley Norgard was quite surprised to look out her window one day to see an armored vehicle and armed airmen engaged in a training session in her farmyard. The training was necessary, but there were no attacks on North Dakota missiles facilities. SHSND 2004-P-006-0321

No one could ignore the facts of the Cold War. Russia constantly threatened the security of the United States. In October, 1960, Premier Nikita Krushchev of the Soviet Union promised all western nations that Communism would outlast western democracies. Americans understood that statement as a serious threat.

North Dakotans had many different ideas about the missiles in our backyard. Some were happy that the United States had developed an effective system of defense. Others did not want farmland contaminated by nuclear fallout (the radioactive material that fell from the skies after a nuclear warhead was detonated). Many North Dakotans learned to ignore the activity surrounding the missile silos and Missile Alert Facilities (MAFs). (See Image 1.)

Merl Paaverud grew up on a farm near Finley. He was in high school when the missile silos were being installed near his home. The missiles were “really an economic boon for the area. . . . If you could weld . . . you could get a job. [There was] a great impact on the economy. . . . Farmers were farming around the missile sites and launch control centers so . . . [the sites] became part of the environment.”  (See Image 2.)

The presence of missile sites raised the community’s awareness of the Cold war. “It was on your mind,” Paaverud said. “You didn’t worry about it, you didn’t expect one day to be on your tractor digging and looking back and seeing the smoke coming out of [the silo], either. It never happened, but it could have happened.” Paaverud remembered some neighbors who opposed the missile fields, but “the majority of people were interested and supportive of defense.”

Shirley Norgard also remembered the installation of missile silos near her farm home. Norgard remembered people talking about building fallout shelters in their basements. But people also recognized that “If they actually bombed us what would there be to come out [of the fallout shelter] to?” Norgard found that missile facilities were not the best neighbors. She recalled a day when a local man got stuck on the road in a blizzard. He went to the gate of a MAF to get some help, but the airmen were under orders to refuse entrance to anyone. He was turned away. Norgard thought that anyone else would have given shelter to the stranded man. (See Image 3.) 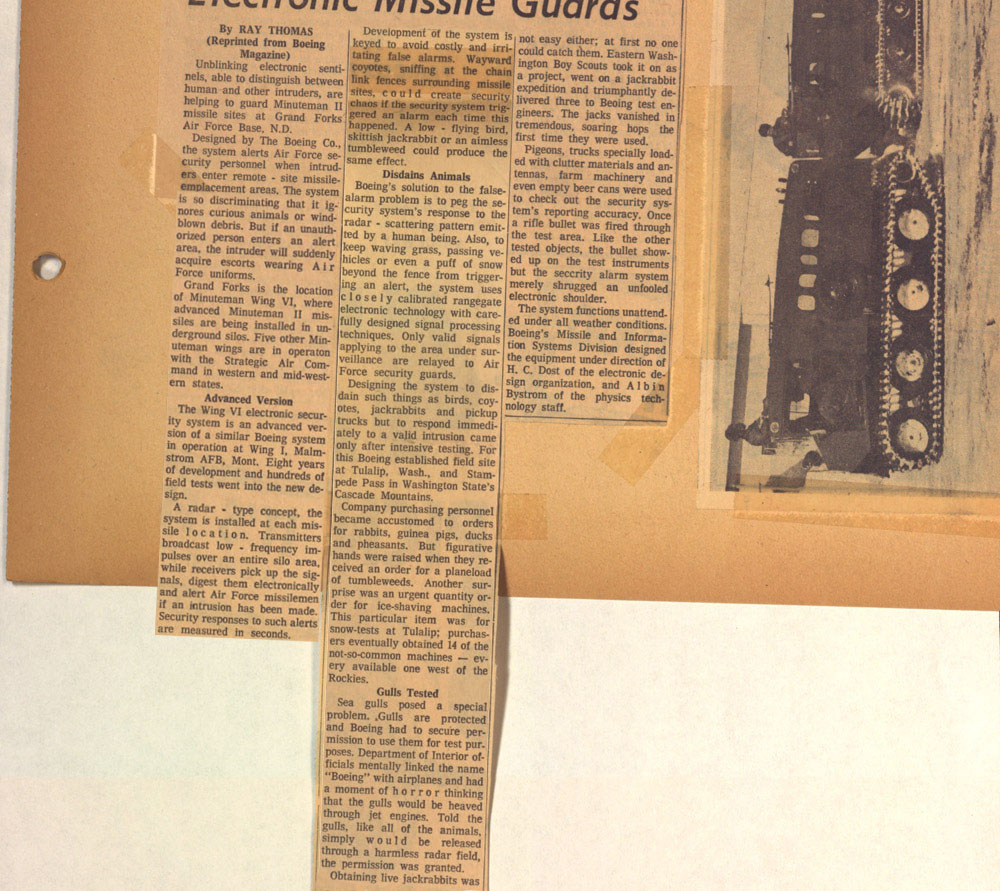 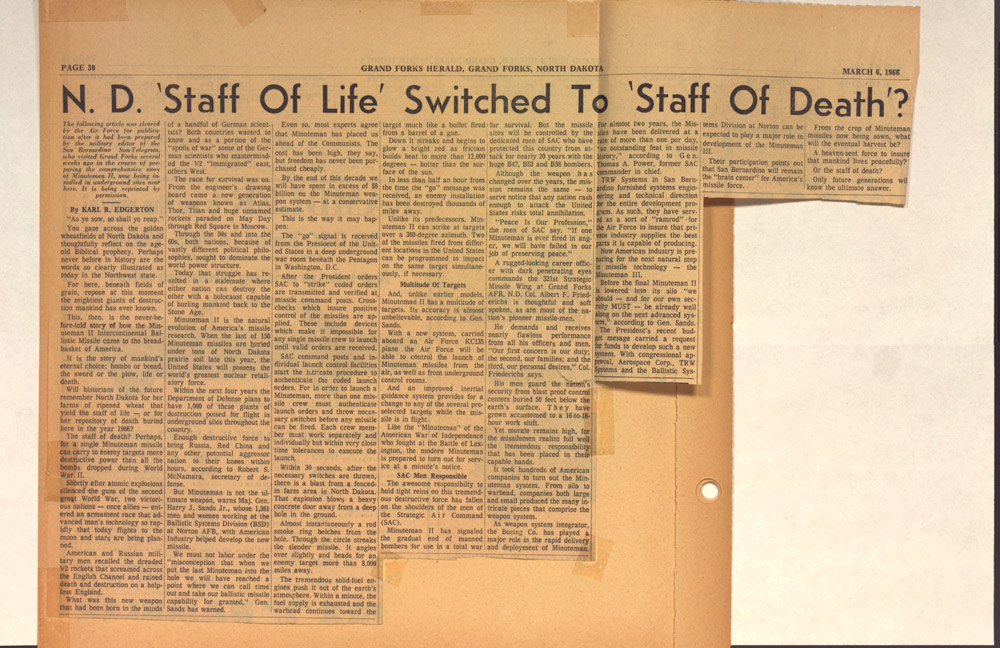 The missile silos and the Safeguard Complex were the scenes of occasional peaceful protests. Military officers made every effort to secure the sites before a protest event, so there would be no confrontation or conflict during a protest.

Some welcomed the missiles as a part of the nation’s defense system, and others disliked the impact of the missile defense system on the state. However, most North Dakotans became accustomed to seeing the big fences that seemed to contain nothing. It was our part to play in the Cold War. (See Document 1.)

Why is this important? North Dakota’s history did not prepare us to be the center of Cold War events. A place where people farmed and helped their neighbors was an unlikely place for 300 of the world’s most terrible weapons. In some ways, the presence of missiles changed North Dakota. The Cold War brought a small burst of economic growth to the state and placed us in the center of world affairs. However, many North Dakotans refused to let missiles change the way they lived. They did not give in to the politics of fear. They continued to be hard-working, thoughtful of their neighbors, patriotic, and tolerant of others.