Ronald Davies was born in Crookston, Minnesota in 1904. By the time he was a teenager, his family had moved to Fargo. His father was closely associated with the Nonpartisan League. Young Ron Davies served as a messenger and office helper at League headquarters in Fargo.

Davies attended the University of North Dakota. While still a student, he asked Senator Lynn Frazier about the possibility of finding work in Washington, D.C. Davies wanted to study law at Georgetown University and needed a job in Washington to manage the expenses of law school. Frazier found a job for Davies as a Capitol police officer. Davies was able to enroll at Georgetown and earned his law degree.

He entered the practice of law in 1932 in Grand Forks. In 1942, Davies entered military service as a lieutenant. He was just five feet, one inch tall, so he required a waiver to enter the service and spent his war years in an office job at Fort Snelling, Minnesota. He achieved the rank of lieutenant colonel by the end of the war. 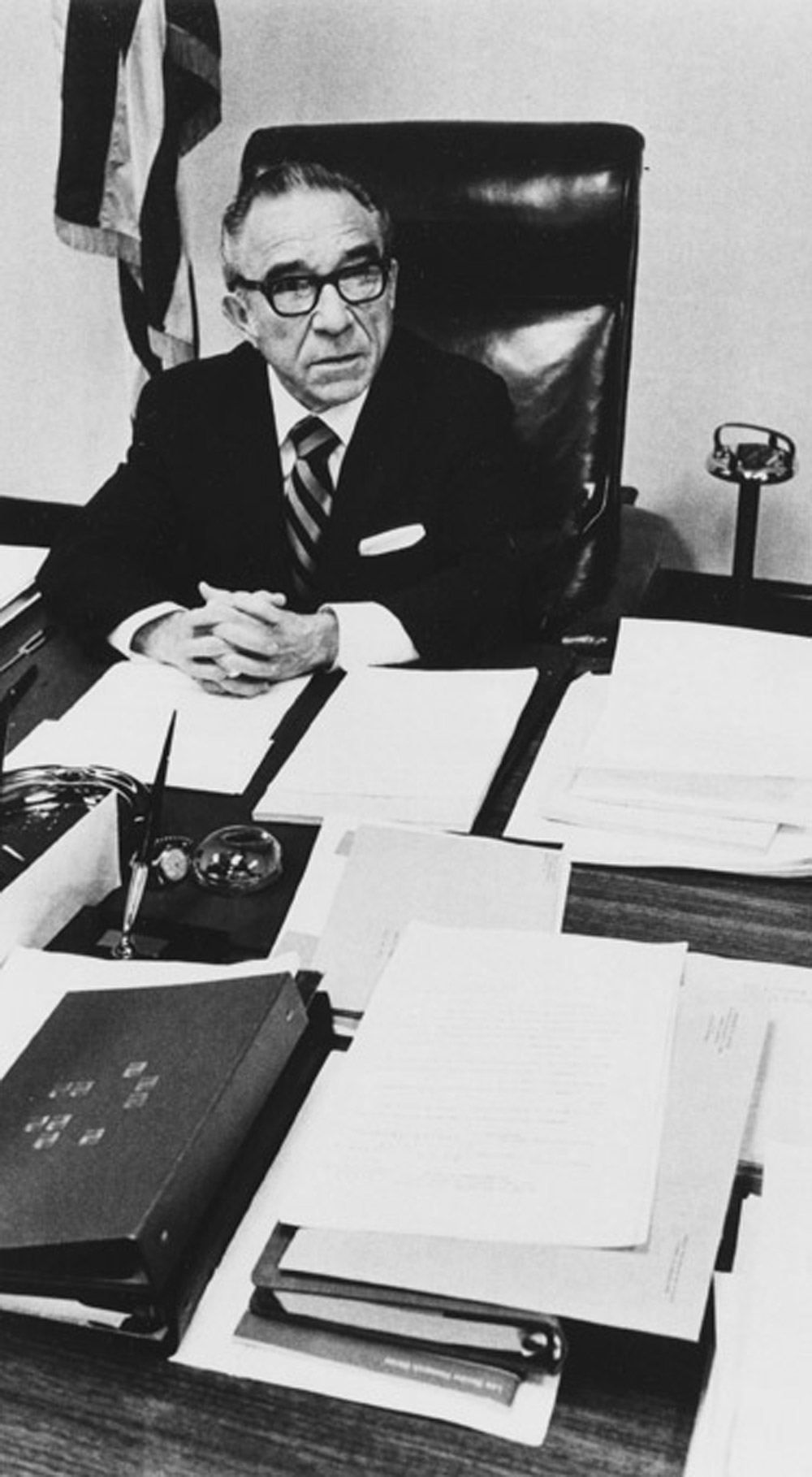 Image 3: Judge Ronald N. Davies was a federal judge for the District of North Dakota, U.S. District Court. He was assigned to help out in Eastern Arkansas District Court when that court was in need of an extra judge for a while. Davies’ time in Arkansas coincided with the plan to desegregate Little Rock Central High School. Davies took a clear stand that the school district was to follow its own approved plan for integration, though the school tried at the last minute to delay the plan. SHSND 0005-096.

When Arkansas faced the question of integrating schools, the Arkansas legislature passed several laws which tried to prevent desegregation. Based on these laws, a state court issued an injunction (an order to stop) school desegregation. The injunction was challenged in federal court because of the U.S. Supreme Court decision of 1954 known as Brown vs. the Board of Education.

Federal Judge John Miller of the Eastern District of Arkansas did not hear this case. He asked to be relieved of the school integration cases because he faced a backlog of other cases. Judge Davies was asked to travel to Little Rock to assist with Arkansas federal district court cases including the school desegregation cases. (See Image 3.)

After hearing the arguments, Judge Davies stated that the federal courts were the proper place for the cases to be heard and ordered the schools to proceed with desegregation plans. Judge Davies repeated this order when the schools wanted to delay integration. Davies asked the U.S. Justice Department to enter the case. When the state of Arkansas claimed state sovereignty over its schools, Davies issued an injunction against Governor Faubus. Faubus withdrew the National Guard from the school, assuming correctly that violence would follow. Federal troops were assigned to escort the nine black students to their classes at Little Rock Central High School.

Judge Davies held to the principles outlined by the U.S. Supreme Court for desegregation of schools. He was firm and quick in his decisions. His work on the Arkansas school case earned him respect from his colleagues. (See Document 2.) He was named Outstanding Georgetown Law School Alumnus in 1958. Judge Davies was named to the Theodore Roosevelt Rough Rider Hall of Fame in 1987. After his death in 1996, the Grand Forks Federal Building and U.S. Courthouse was renamed for Judge Davies. Fargo recognized Judge Davies by naming a new high school for him in 2011.

Judge Davies received letters from citizens of Little Rock and many other places outside of Arkansas. The Federal Bureau of Investigation (FBI) investigated some of these letters. Many of the letter writers suggested he leave Arkansas and return to the “north.” Many of the letters used vile language in reference to Judge Davies and to the nine African American students attempting to enter Little Rock Central High School.

The following are some excerpts from some of the letters Judge Davies and his wife received. The editor has not changed original spelling and grammar.

From Mrs. Kaufman of Little Rock:

“Since when has the federal Government taken over local schools? You have no judicial authority in Pulaski county school districts opinions not withstanding.” (as reported by the FBI on September 4, 1957)

From Mrs. Cook of Little Rock:

“May I respectively remind you, sir, you have no jurisdiction representing the Federal Government in our local Pulaski county school district? Will you please get your cottin-pickin’ self back up to North Dakota?” (as reported by the FBI on September 4, 1957)

From Mr. Ballou (by telegram)

“Continued resistance to overhwelming public opinion on your part displays more stubborn pride than discretion and the exercise of sound judgement. You are attempting to deal with a situation which is foreign to your background and previous environment. Wouldn’t it be best for you to leave gradual integration to lacoal authorities.

“Dear Integration Lover: Lets ship southern negroes to your neighborhood & schools so your children can integrate & intermarry with the ngroe children. So you can “practice what you preach”! Hurrah for Integration for Judge Davies childre.! Come north negroes-come north Integrate Intermarry One world One peace

“Mrs. Ronald E. Davies Fargo, ND My dear Mrs. Davies: I have been praying for you and your five children that you have so much trouble at home that your husband that he will not be able to stir up trouble. I know that you are ashamed of what he did in Little Rock. “Vengence is mine I willrepay saith the Lord”. It is God’s word. You will have top [to] learn to fear God. He is the Great Judge. And your husband and all people will have to appear before him. I am praying that you husband will admit his wrong doings in Little Rock.”

Why is this important? North Dakota had a small, but very important role to play in the pursuit of civil rights and equality for all Americans. Judge Davies brought a sense of justice and a commitment to law with him to Arkansas. Though he received hate mail, Judge Davies remained focused on the law and on justice for all, as he made the decisions which led to integration of Little Rock schools in accordance with the plan of the Little Rock school board.