Until the middle of the 19th century, the Eastern Dakotas, also called Santee Dakotas, lived in the woodlands of Minnesota, Wisconsin, and Iowa. The Dakotas are sometimes called the Sioux. Each village existed independently of other villages, and many had customs that were different from the others. The village houses were usually made of wood poles covered with bark.

Many Dakota villages had gardens where women grew corn, beans, and squash. Those villages that were near the buffalo herds of the Plains often added bison hunts to their annual events. In the woodlands, the Dakotas hunted deer, and smaller animals such as birds and rabbits to add protein to their diets.

Dakota villagers who hunted deer in the fall would pack their tipis and leave the village for a long hunt. They went to a place where they had not hunted the previous year. The fall hunt often lasted until January. 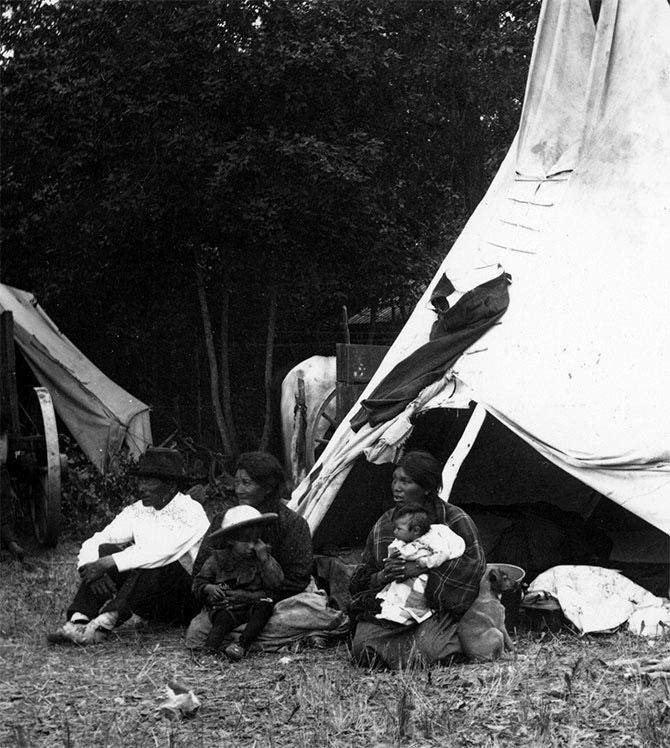 Image 1: Dakota children enjoyed the protection and love of parents and grandparents. Although the lifeways of the Dakotas changed as they moved onto the Great Plains, they kept many traditions that had served them well. Grandparents had always been an important part of children’s lives. Grandparents taught the children many of the skills they would need as adults, and passed on to them the history and religions of their tribe. SHSND 0009-26.

In early spring, the Dakotas went into the woods to tap maple trees for sap. After gathering the sap, they dried it in large birch bark trays until they had small cakes of sugar that could be stored.

When the Dakotas were not away hunting or sugaring, they lived in large houses made of bark. The bark houses were built in a village where families could see one another often and children spent time with their grandparents. Grandparents taught Dakota customs and values to the little children. (See Image 1.)

Summer events in the village included berry-picking, fishing, and perhaps gardening. Early in the Fall, before the deer hunt, Dakotas gathered wild rice from the lakes.

The village was the basis of a permanent community. Dakota villages did not break up into smaller bands or family groups for hunting or other activities. The village leader was a chief who inherited his position from his father. If no one was qualified for that position, the council chose a chief. There was also a war chief and a group of men who had policing or enforcement responsibilities. The special societies in these villages were very informal. One could participate if, or when, one wanted to. Societies sponsored dances.

The sacred spirit of the Dakotas was Wakan Tanka. A young man might appeal to Wakan Tanka by fasting and purifying in a sweat lodge. There were two important community religious events in a Dakota village. The Medicine Dance helped to promote healing. The Sun Dance gave young men the strength, protection, and knowledge to become medicine men or warriors.

In the mid-19th century, some of the Dakotas moved into present-day North Dakota. Dakotas had hunted bison in the area south of Devils Lake in previous years. As they adapted to life on the Plains, their customs began to center more on hunting bison and participating in the fur trade. They gave up gardening, ricing, and maple sugaring. As they became bison hunters who lived in the land of few trees, it made sense to make their homes in tipis.

War broke out between U. S. Army and the Dakotas in southern Minnesota in 1862. Many Dakotas thought they would find security and peace in the area where they had hunted for years, so they migrated to northern Dakota Territory.  The Army followed the Dakotas into northern Dakota Territory. Since they could not avoid conflict with the Army, the Dakotas eventually signed a treaty and, in 1872, accepted a reservation south of Devils Lake. Today, that reservation is called Spirit Lake.

Why is this important?  The Dakotas had a distinct way of life and a slightly different dialect (type of language) than the bison-hunting Lakotas (Western or Teton Dakotas) and the Middle Dakotas (Yanktons and Yanktonais).  All three of these groups made up the Great Sioux Nation, the largest and most powerful of the Great Plains nations from the 17th century until the late 19th century.

The Dakotas who migrated west from the woodlands of Minnesota adapted quickly to a new way of life on the Great Plains.  However, while adapting to a new hunting economy, they maintained many of their cultural traditions.