Originally, there were three distinct Hidatsa groups. They were the Awatixa (ah wah TEE ha), the Awaxawi (ah wah HAH wee), and the Hidatsa-proper. The three groups were related to each other by language and customs. Over time, the three different groups joined together. They migrated to the Missouri River where they lived in earthlodge villages. (See Image 1.) 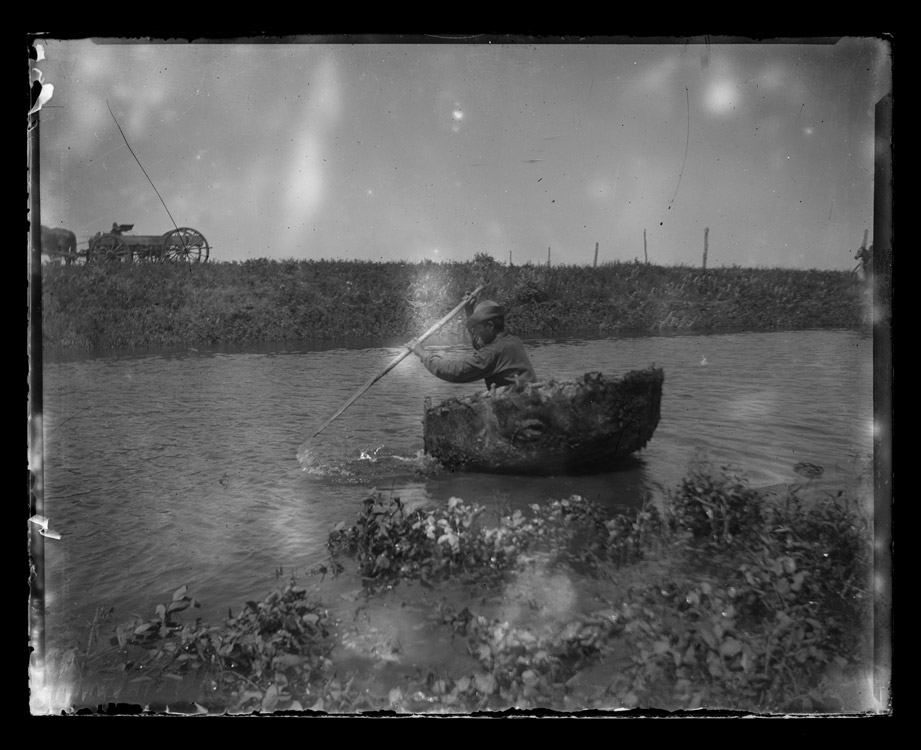 Image 1: People who lived along a river had to have a means of crossing the river. The Hidatsas and Mandans used a bull boat which was made of buffalo hide stretched across a frame made of willow sticks. The hair side of the hide was on the outside or water side. It effectively shed water, so the boat did not get waterlogged. A bull boat steers very differently than a canoe. The paddler had to sit at the front to paddle. A bull boat could carry two adults, some children, and baggage. SHSND 0270-0074.

Hidatsa earthlodges were built and owned by the women.  The houses could be either flat-roofed or domed. People liked to sit on the roofs of the houses to watch ceremonies or to socialize with friends. The large summer houses were abandoned in winter when the Hidatsas moved to the wooded river banks to live in smaller lodges. 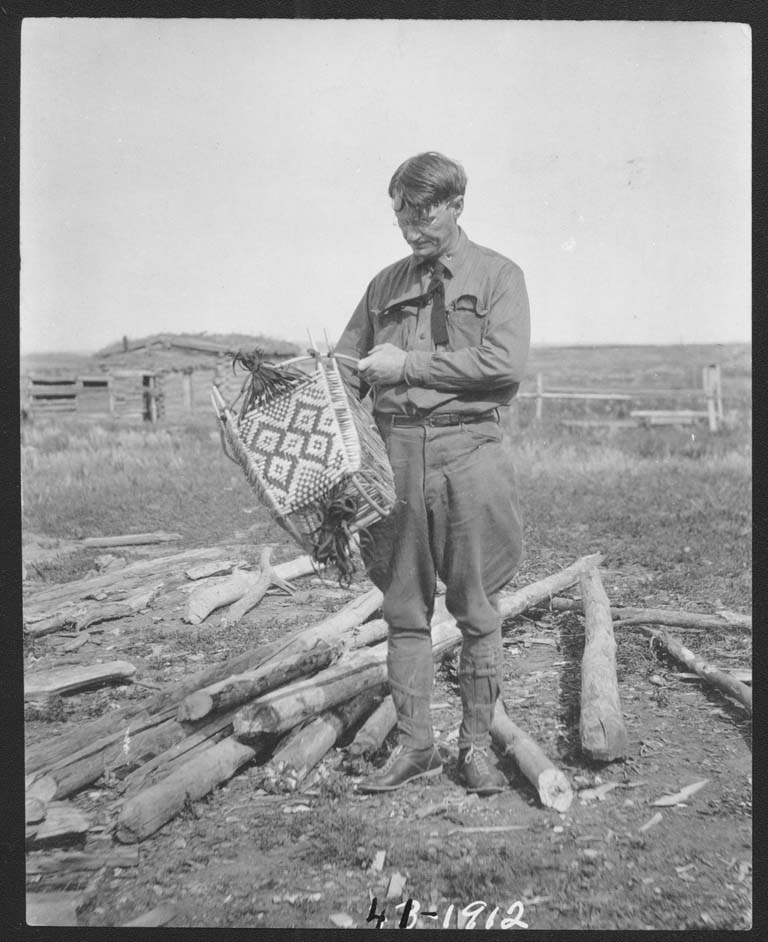 Image 2: The Hidatsas were particularly skilled basketmakers. Their basketry style often involved two colors of reeds (one dyed for contrast) and intricate weaving patterns. The baskets are often called burden baskets because they were used to carry crops from the garden to the earthlodge. In this photograph, anthropologist Gilbert Wilson was examining an unfinished burden basket. SHSND 0086-0036.

Hidatsa women raised corn, beans, squash, and sunflowers. Their bountiful crops, properly dried and stored, ensured the comfort and security of their families during the long winter months. (See Image 2.)

In the summer, the Hidatsas left their villages to find bison herds. They traveled as much as 200 miles to find enough bison to supply them with meat for the winter. During the hunt, everyone in the community followed the leadership of one man chosen by the council to direct the hunt. Some men with a special spiritual connection to bison prayed for a successful hunt. Following the hunt, women prepared the meat and hides for storage or other uses. (See Image 3.) 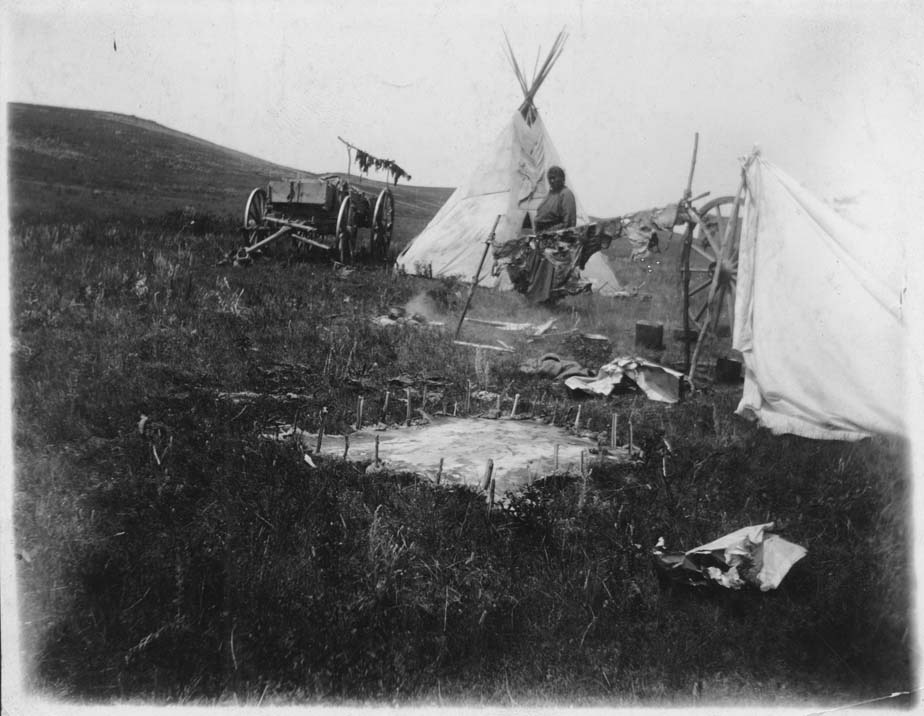 Image 3:  Although this photograph was made in the late 19th century, this woman was performing the same tasks that her ancestors did for centuries. She has staked out a hide (probably a cow hide) to be scraped and tanned. She has laid meat on a drying rack nearby. She was living in a tipi, but this one was probably made of canvas rather than bison hide. SHSND 0086-0209.

The Hidatsas had extended kinship relationships. Each person was born into a family that was part of a clan, or extended family. The clan was responsible for the well-being of every member of the clan and the education of every child. Each child belonged to the clan of its mother. Because people could not marry a member of their own clan, the children’s father belonged to a different clan. The father’s clan also had an important role in the child’s life, especially in raising the child to find its perfect role in society. 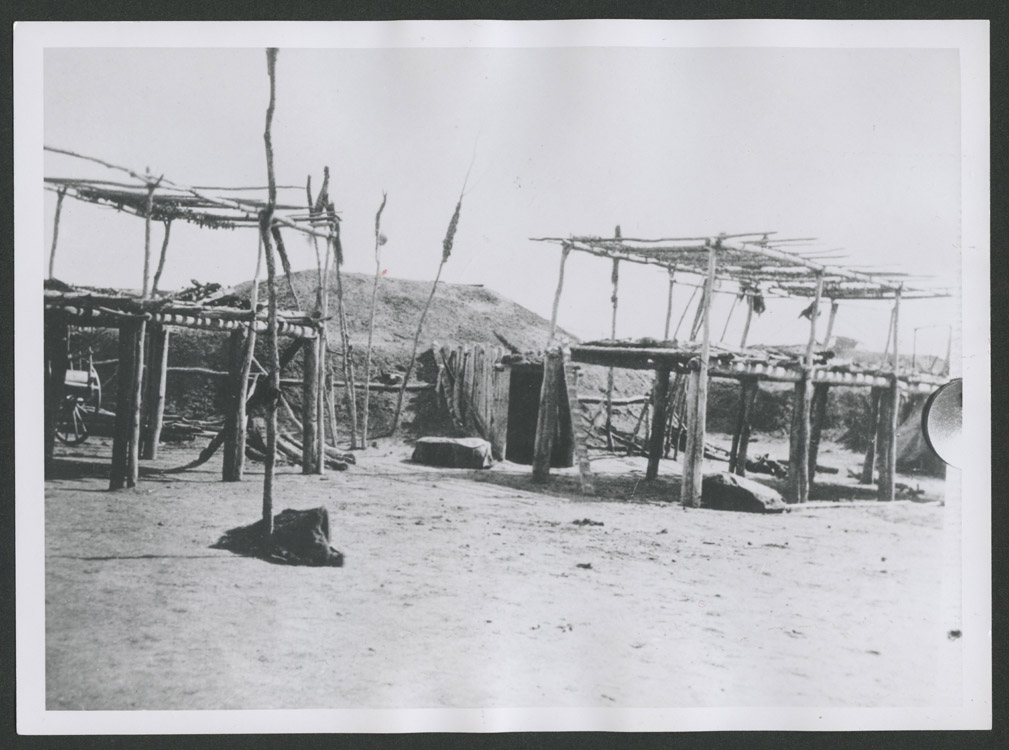 Image 4: The Hidatsa medicine lodge was where some of the important ceremonies took place. It is similar to the Arikara medicine lodge, but the religious symbols near the lodge are different. SHSND C0912-0004.

When a young woman was ready to marry, a young man’s family would offer gifts to gain her parents’ approval. If the young woman was known to be capable and hard-working, her family might receive many gifts. After the families agreed to the marriage, they held a ceremony and a feast. Another acceptable form of marriage happened when a young couple just decided to marry and began living together with one of their families. Occasionally, a young woman’s parents chose a suitable husband for her without her consent. If any of these women were unhappy in their marriages, they could divorce, and many women did. There were few social consequences for divorce. Small children could be raised by either parent, but they retained their membership in their mother’s clan.

Most adults belonged to a society that was appropriate for their age and their interests. Both men and women began joining societies as young adults and joined other societies as they aged. They often purchased their membership from another member and learned the important ceremonies of the society. The societies helped the community move through its seasons and events. The village also chose a peacetime chief who was known for his wisdom. During times of war, the chiefs were men who had been successful in war and hunting.

Religious ceremonies celebrated the events of each year. (See Image 4.) Ceremonies encouraged the bison herds to come near and the corn to grow. The most important sacred spirit was Lone Man, the deity who made the earth. Another sacred spirit was Old Woman Who Never Dies who brought the geese and ducks in the spring and was responsible for agriculture. By attending to the various ceremonies and maintaining strong family and clan relationships, the Hidatsas maintained harmony in their world.

Why is this important?  Though the Hidatsas lived near the Mandans and shared similar lifeways, they maintained a distinct culture. They spoke a Siouan language that was in some ways similar to the language of the Mandans, but was entirely their own. However, because of the many cultural similarities, the Hidatsas lived in a close, cooperative relationship with the Mandans for hundreds of years.