The early residents of North Dakota belonged to organized societies. These groups probably called themselves by names that identified their shared culture, but we don’t know today what those names were. Their cultural characteristics included language, spiritual beliefs, clothing styles, pottery styles, processes of governance, and many other traditions.

The earliest groups were probably very small, perhaps a small group of related families. It is likely that once or twice a year the groups gathered for ceremonial purposes, trade, or a large hunt. Most societies moved around North Dakota or to other places and may have stayed in one place for only a short time.

The People we know today as the Mandans moved into North Dakota around the year 1000 A.D. By 1100, they had settled in several villages along the Missouri, Heart, and Knife rivers. They were still living there in the 19th century. They gathered in villages and built permanent houses. They are known as sedentary (SED in tair ee) tribes. Along their journey, they learned about corn and how to grow it.

The Mandans, like other societies, shared a language and many traditions and customs. These shared cultural characteristics were part of what made them a society, or tribe. All of the Mandans might have gotten together from time to time for a celebration. Young people of the various villages might have married one another. The villages, however, maintained the proper size for the resources available to them.

The Mandans lived in earthlodge villages. Some of these villages had as many as 2,000 people living in them. 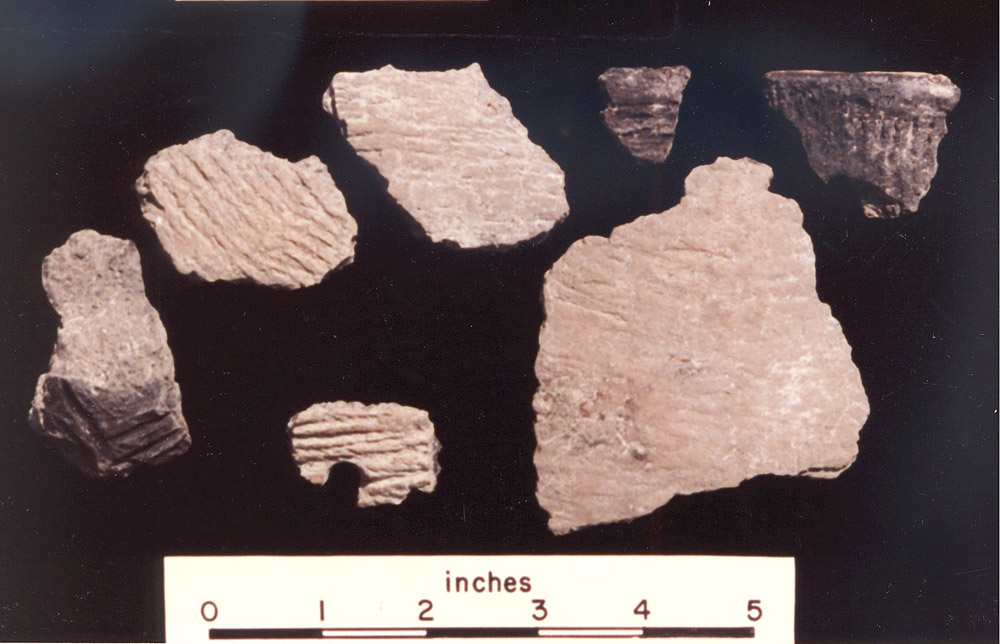 Image 1: These bits of clay pottery were found at the Naze House site during an archaeological excavation. The People of a society or tribe generally made pottery in a certain way. However, each potter marked pots with a particular design. Pot style and designs such as these can be used to identify the society or tribe that made them. SHSND AHP.

Nomadic Peoples also developed societies, or tribes. They lived in tipis because they were easily moved as the tribe followed the bison herds or selected comfortable places to live in winter or in summer. They traded with the Mandans and Hidatsas (who also lived in permanent villages and raised crops). When horses came to the northern Great Plains around 1750, nomadic groups quickly adopted horses and the knowledge they needed to make best use of them.

While horse culture was important to the many bands and divisions of the Dakotas, trade was extremely important to the Mandans and Hidatsas. While they were known to have surplus (spare) crops to trade, they also traded bison hides, pottery, and by the 18th century, European goods such as guns, beads, and metal pots.

Over time, each group developed a distinctive culture and a well-known name. Each had an important role to play in the social organization and developing economy of the region.

Why is this important?  Tribal organization was part of the development of societies on the northern Great Plains. Tribes provided extra protection and a stronger social organization for tribal members. Children of a tribe grew up knowing that they were part of a society that not only cared for them, but held a place for them as they became adults. In addition, each member of the tribe contributed to the needs of the entire community.