The People who made and used Clovis and Folsom tools were traders. Trade (sometimes called exchange) is an economic activity. People traded points of different types of stone. They also exchanged knowledge about how those points were made. They traded food supplies and knowledge about how to cultivate gardens. They traded luxury goods such as decorative beads. Trade began when humans began to acquire material goods (things) and continues today. 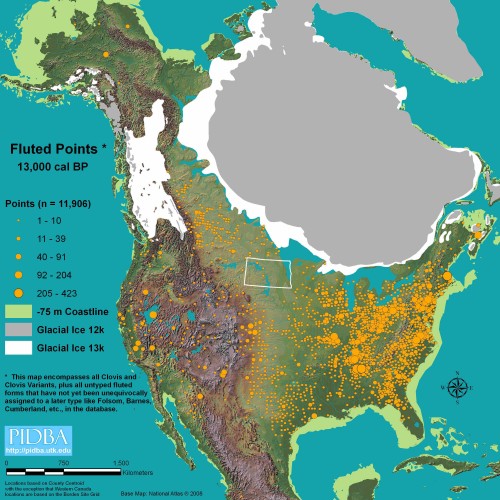 Map 1. Clovis Points: Most Clovis points have been found in southern and eastern states. Only a few Clovis tools have been found in North Dakota. That could mean that People using Clovis technology did not stay here very long, but traveled in and out of the region. Courtesy Paleo Indian Data Base of the Americas. PIDBA. http://pidba.utk.edu/main.htm 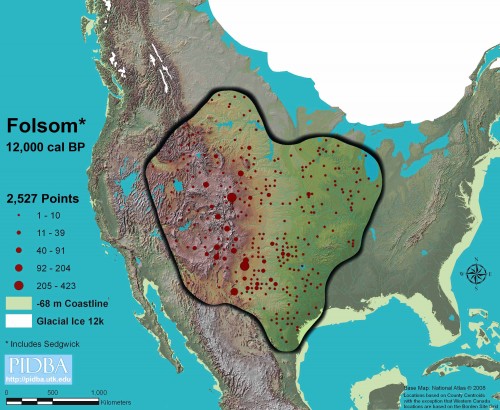 Map 2. Folsom Points: This map shows where Folsom points have been found in North America. There is a greater concentration of Folsom points in the Great Plains states (the center of the outline) than elsewhere. Courtesy Paleo Indian Data Base of the Americas. PIDBA. http://pidba.utk.edu/main.htm

Image 1: Marine shell pendant. This piece of shell was worked into a pendant for a necklace or earring. The shell was found at the Menoken village site (east of Bismarck). The shell originally came from the ocean, but came to Menoken through a series of trades. This shell pendant tells us that the People of Menoken engaged in trade with other People who were trading with other People, too. Extensive trade networks spread goods and ideas across North America. SHSND Archeology and Historic Preservation.

Stone artifacts called Clovis points have a distinctive style that can be easily identified and linked to People who lived in North America more than 12,000 years ago. These points have been found in archaeological sites all over the United States, including North Dakota. Archaeologists have found more points in the southern and eastern areas of the United States than elsewhere. However, by looking at where Clovis points have been found, we can conclude that the People traveled from place to place and often met other People. When they got together, they traded goods and information. (See Map 1.) 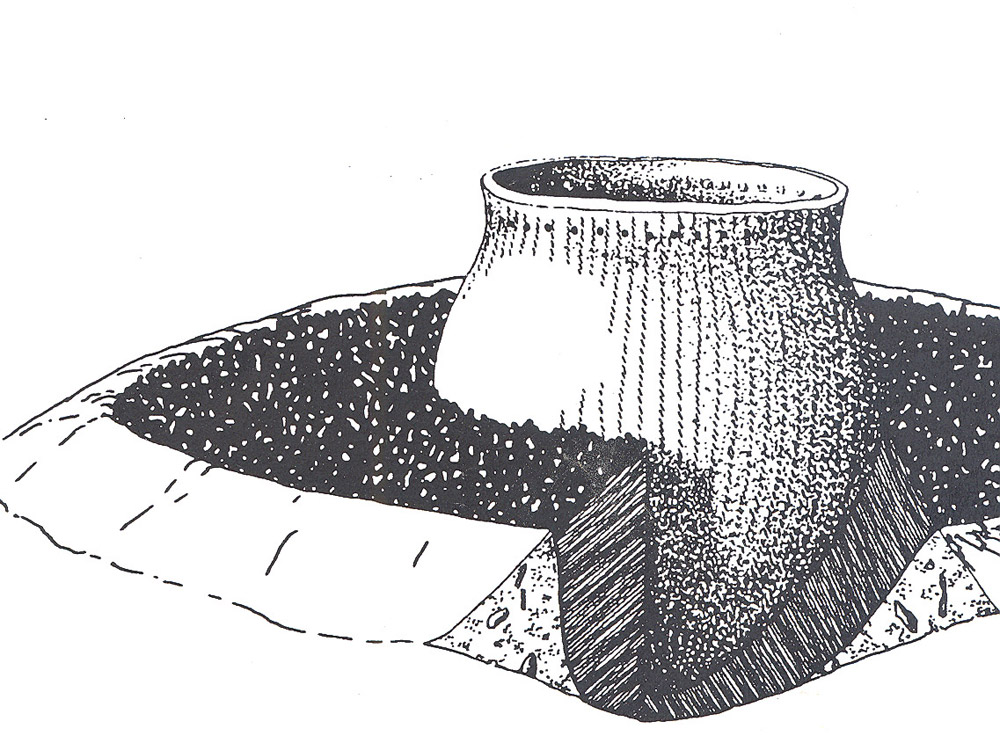 Image 2: Pot 1. This drawing of a Woodland style pot shows how it might have been used. It was placed in hot ashes in order to cook food. Pottery was a skill that was learned through trade. The cone shape of this pot was typical of the pottery of the early Woodland era. People began to make these types of pots around 400 B.C. The earliest pots had thick walls that broke easily. Pots were often decorated, especially around the rim. SHSND. 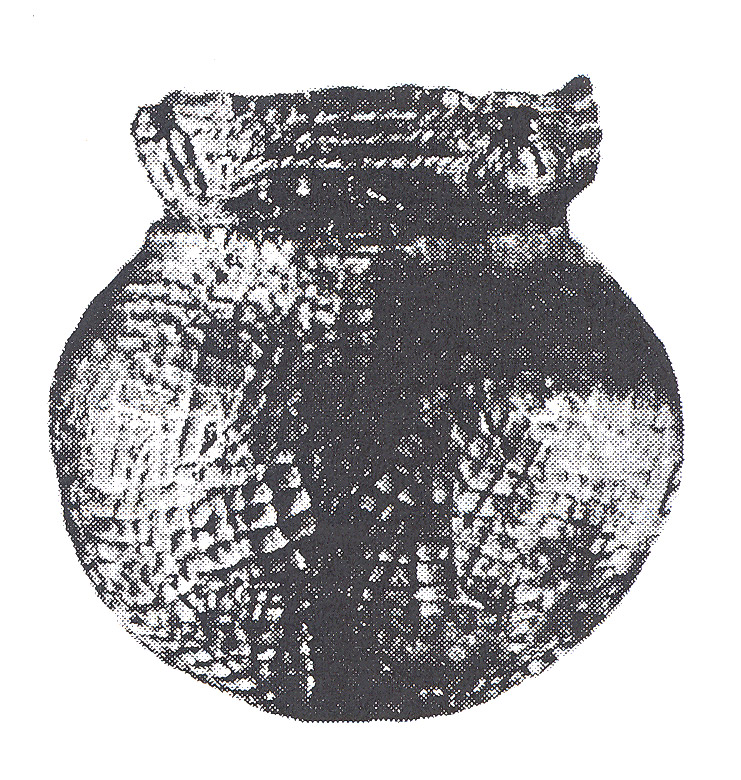 Image 3: Plains Village Pot 2. Women of the Plains Village cultures were excellent potters. Their pots were rounded and very strong. This pot style was made between 1200 A.D. and 1880 A.D. SHSND.

Folsom points were also widely distributed, but more Folsom points have been found in archaeological sites in the Great Plains region than elsewhere. (See Map 2.) Though the trade patterns may have varied some, the widespread distribution of Folsom points indicates that trade among groups of People was important in communicating technological information. It is likely, that when People gathered to trade stone tools, they also traded information about how to use or make the tools. They exchanged information on where to find plant foods and how to use them. In addition, these gatherings probably involved inter-cultural marriages.

Knife River flint from quarries in Dunn County, North Dakota, was a very important trade item. Knife River flint was traded to People who migrated around the country, trading with other People. In this complex of trading relationships, trade items such as Knife River flint ended up hundreds of miles from North Dakota. Two or three Knife River flint Clovis points have been found near St. Louis, Missouri. Some archaeologists think that it is possible that People traveled by boat or raft down the Missouri from the Knife River flint quarries. Boats would have given them the ability to transport greater quantities of flint. Otherwise, they traveled on foot and carried the large stone blanks or finished points on their backs.

The people who settled in North Dakota traded for goods they could not find here. Food, of course, was a major trade item, but things like copper (perhaps from Michigan) and shells from the oceans have been found in archaeological sites. (See Image 1.) The People who lived in North Dakota probably did not travel to the ocean to pick up shells. These items were probably traded “down the line.” They were acquired by trade with other people, who traded with other people, etc. 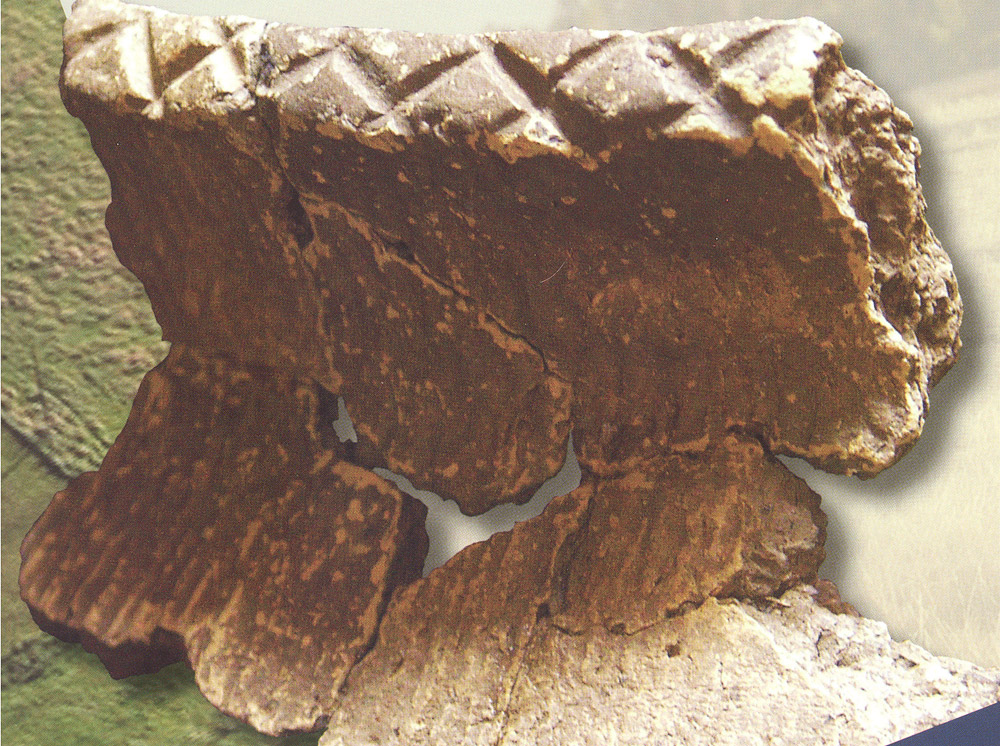 Once the People acquired copper, they also had to learn how to work with it. However, North Dakota People might not have used copper in the same way as the People they got it from. They may have adapted some of their own skills and needs to the use of the new material. Archaeologists have found a few copper pieces that indicate that copper was often used for personal decoration. 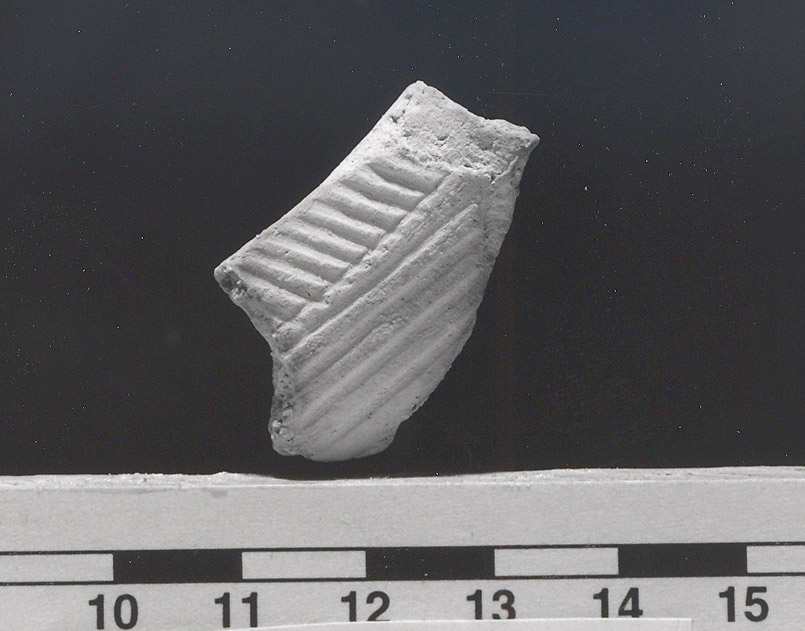 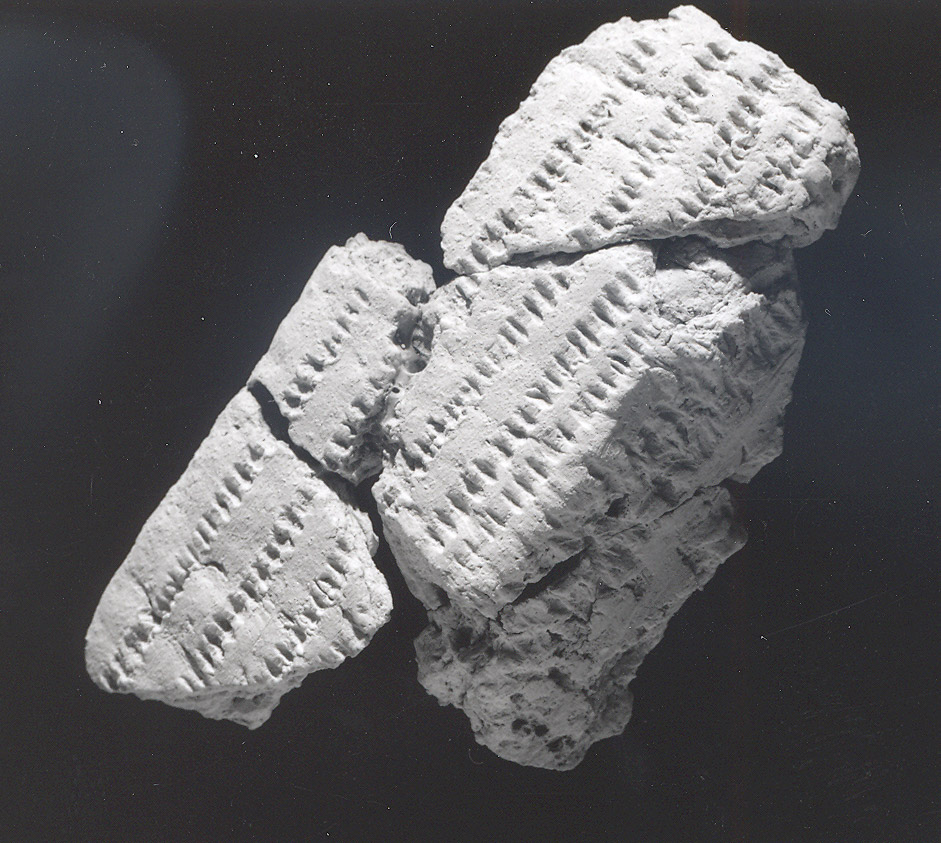 Trade was an important part of the ways that cultures changed. There were four major advances that probably came about because of trade. Through trade, People of the Northern Great Plains learned to make pottery, to practice horticulture (gardening), to make and use bows and arrows, and to build mounds to bury their dead. Trade introduced new skills for making and using the technology. Cultural habits of hunting, cooking, travel, and spiritual beliefs changed, too. For instance, when People acquired the skill of making pottery, they could carry and store water more efficiently. They could also cook their food directly over a fire or mix their food with water to cook as soup. (See Image 2.) As pottery-makers became more skilled, the pots became more useful in transferring heat from the fire to the food. (See Image 3.) The People had to locate sources of clay for making pottery. Pottery (along with other innovations such as gardening) might have encouraged People to settle into permanent villages. (See Images 4 and 5.) Nomadic People would have found pottery to be heavy and easily broken.

Why is this important?  Trade was an important part of life in ancient North Dakota. Through trade, People were able to acquire tools and materials they needed for a better life. They encountered other People as friends who could share ideas and skills with them. Their lives improved as they hunted more efficiently, acquired more food, and prepared it more healthfully, and learned to grow food for themselves. Trade brought innovations and ideas that led to cultural change. In this step-by-step manner, cultures changed. Some people continued to follow the bison herds because they became very efficient hunters with the bow and arrow. Others chose to establish settled villages where they could find clay for pottery and plants and animals for food. Trade gave People new materials, new skills, and more choices.