North Dakota politics are confusing. Even though this is a Republican state, North Dakota once had a solidly Democratic delegation to Congress. North Dakota has, at times, endured years of corrupt leadership though voters value honesty in a politician. The North Dakota constitution reserves a good deal of political power for the electorate, but past political leaders have established and maintained powerful control over the legislature and the voters. Because of these confusing political patterns, North Dakota has been called the “most complex [state] in the entire nation.” 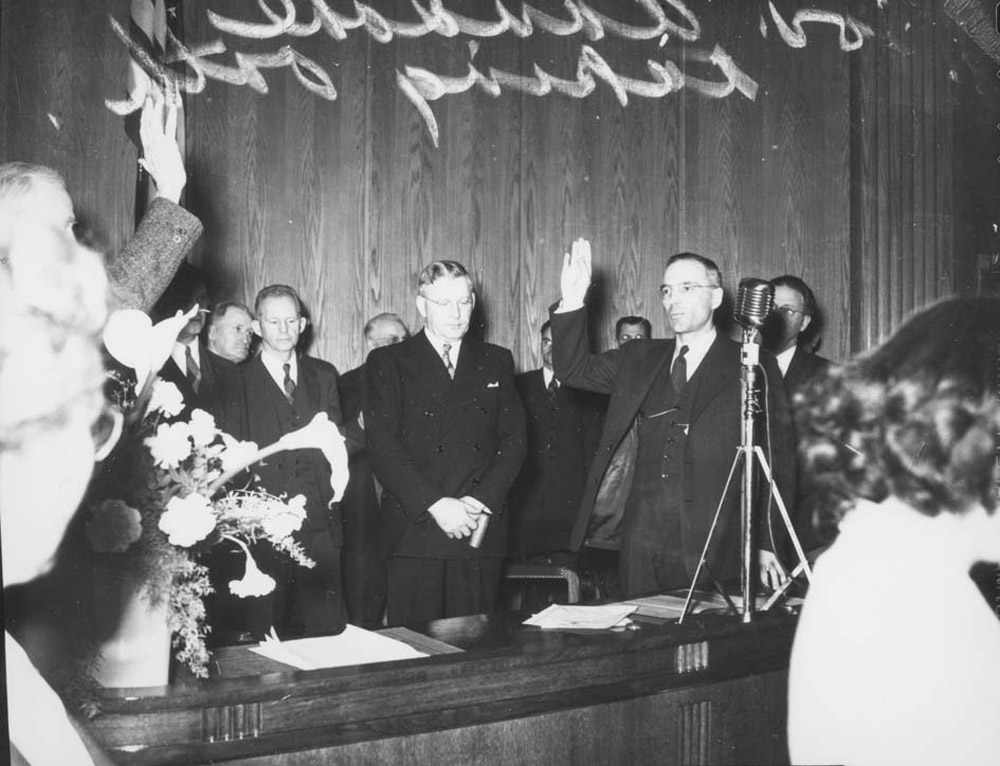 Image 1: Fred Aandahl (1897-1966) was a Litchville teacher, Superintendent of Schools, and farmer. In 1943, he and others formed the Republican Organizing Committee to elect conservative Republicans to office. He was elected governor in 1944 and served until 1950. He then ran successfully for the U.S. House of Representatives where he served until 1953. From 1953 to 1961, he was Assistant Secretary, U.S. Department of the Interior. Governor Moses looks on as Governor Aandahl is sworn into office. SHSND 0276-047 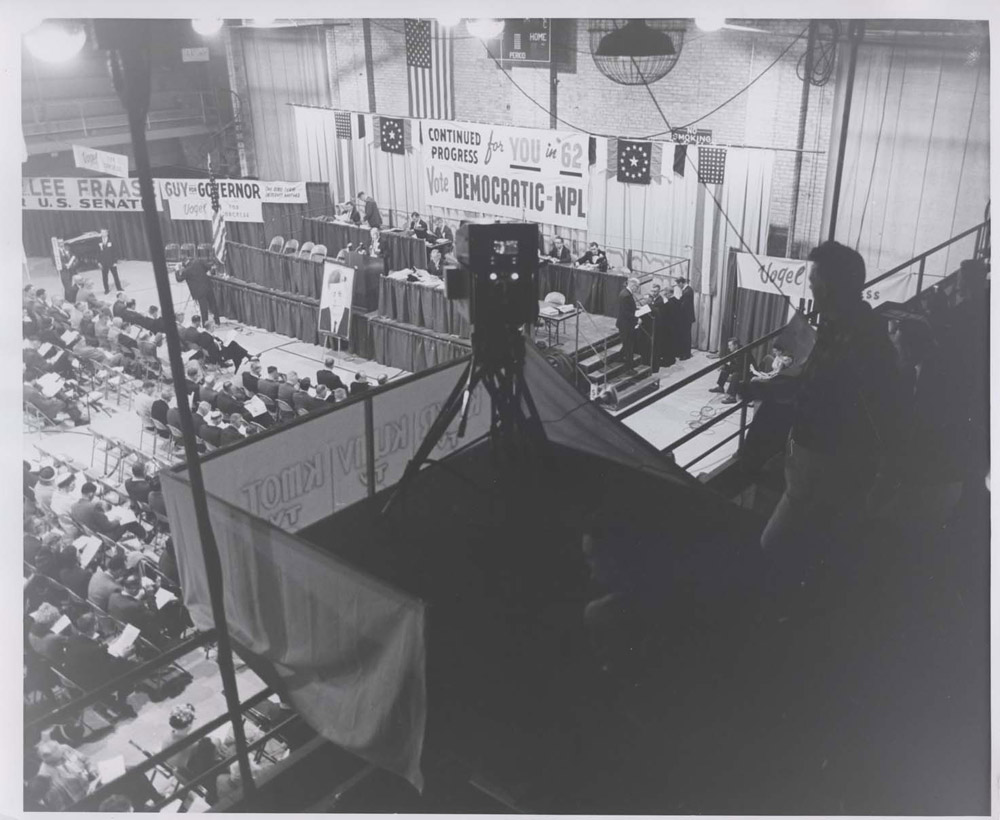 The largest exception to Republican Party control of North Dakota politics was the Nonpartisan League (NPL) which controlled the governor’s office and the legislature from 1917 to 1920. The Nonpartisan League began to lose power in 1920, but one of its bright stars, William Langer, rose from the ashes and became one of North Dakota’s most enduring politicians. However, Langer’s terms as governor and as U.S. senator were steeped in controversy.

After 1922, the discredited Nonpartisan League no longer held any political power. However, some of its ideas were still popular with both Republicans and Democrats. Former Leaguers remained active in politics. Among these were U. S. Senator Edwin Ladd (Republican serving in the Senate from 1921 to 1925) and Senator Lynn Frazier (Republican serving in the Senate 1923 to 1940) who had previously served as NPL governor from 1917 to 1921.

North Dakota politics took a conservative turn in 1938. Republicans joined with Democrats to oppose Langer’s run for the U.S. Senate. By 1943, opposition to Langer resulted in the formation of the Republican Organizing Committee (ROC), a well-organized and well-run political organization with state-wide support. The ROC organized around the idea of a broad-based economy that included business and labor as well as agriculture. Former Leaguers with conservative views also joined the ROC. (See Image 1.) The Republican Organizing Committee succeeded in electing Fred G. Aandahl to the governorship in 1944.

The success of the Republican Organizing Committee forced remaining Leaguers and Democrats to form an alliance. The two political groups drew closer in 1958, and in 1960, the Democratic Party officially merged with the Nonpartisan League to become the Democratic-NPL Party. (See Image 2.) The alliance was soon successful in putting Democrats into office. North Dakota could now claim to be a two-party state, even though Republicans still dominated most elections.