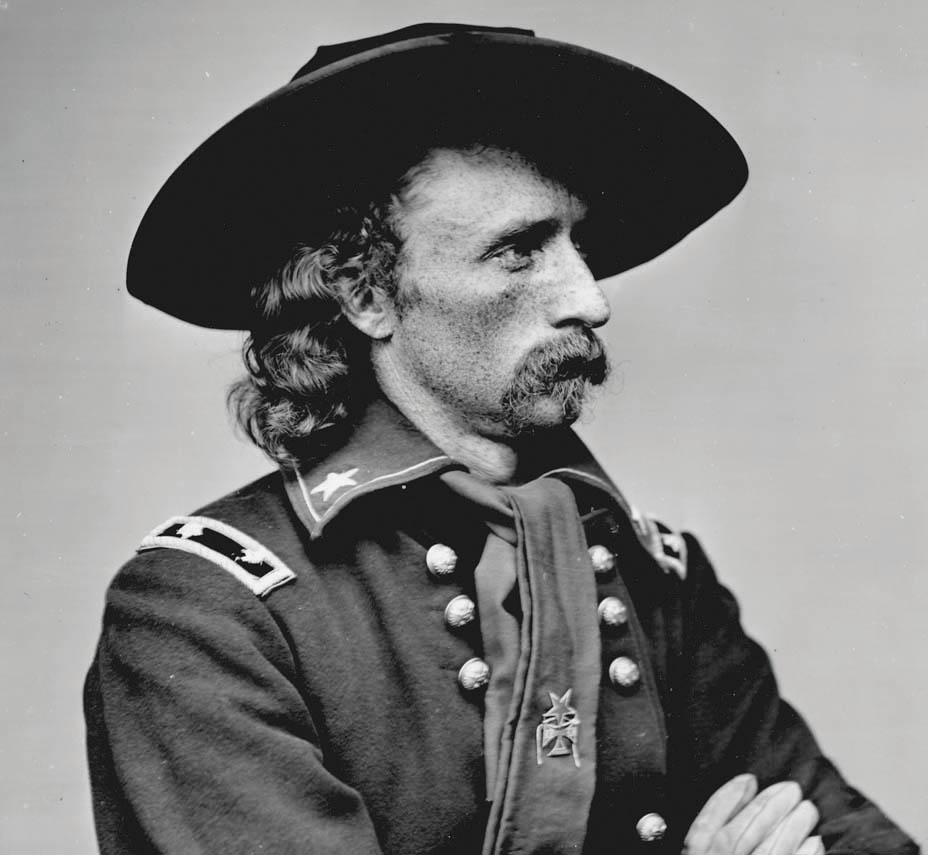 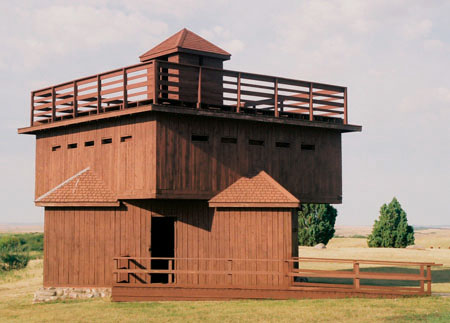 In 1872, Fort McKeen was built about five miles south of present-day Mandan at the confluence of the Heart and Missouri Rivers. Later that year, its name was changed to Fort Abraham Lincoln. The fort had originally been set up as an infantry post, but in 1873, cavalry was added. A post office also operated at this fort.

George Armstrong Custer was the first commander at Fort Abraham Lincoln. He commanded the U.S. 7th Cavalry which was stationed there. George Custer and his wife Elizabeth Custer (nicknamed “Libby”) enjoyed the fine things that went along with being in charge of a army post. The commander’s house at Fort Abraham Lincoln was very large and fancy. It had a bathroom, expensive carpets and drapes, and fine furniture. 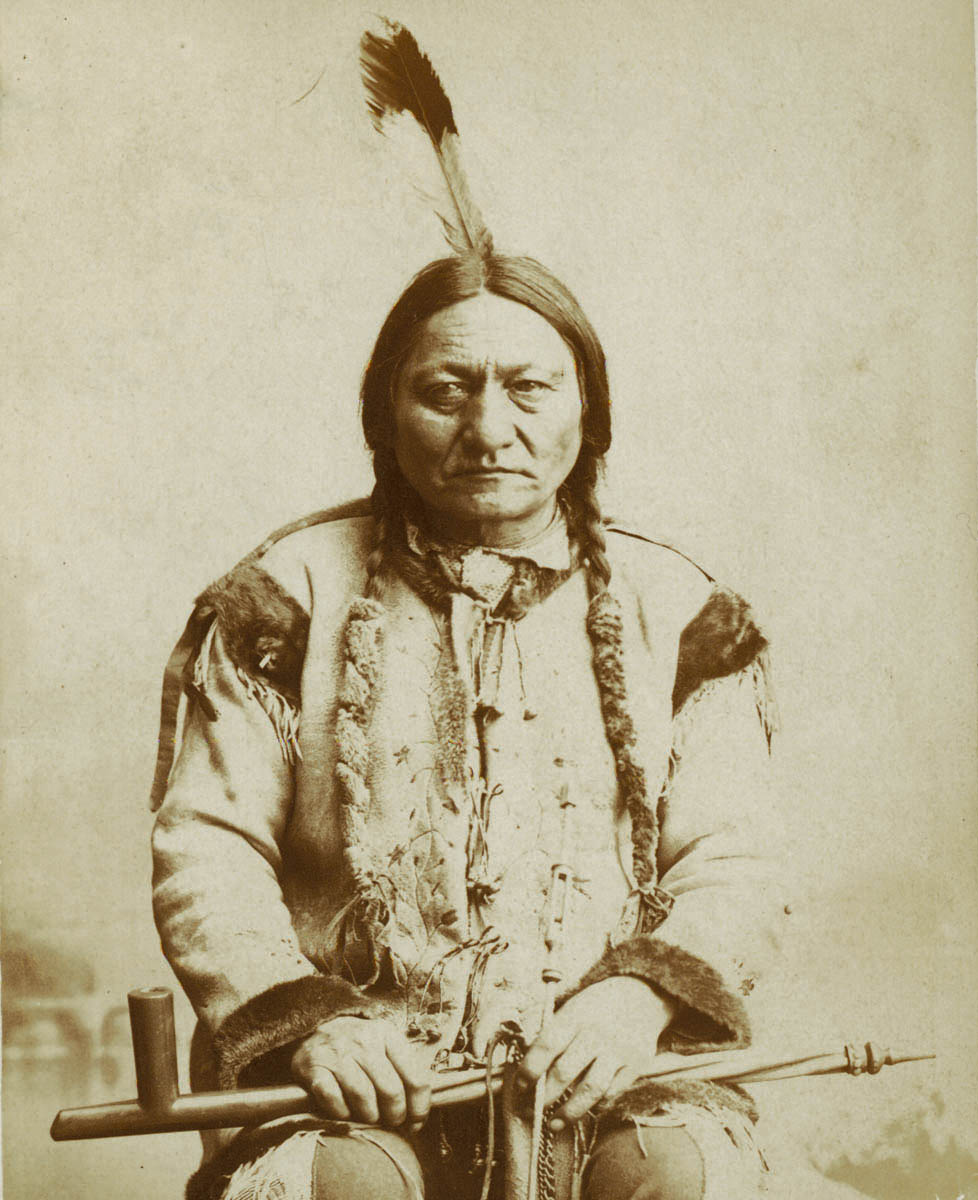 Custer had fought in the Civil War in the 1860s and had been given the temporary rank of “general” at that time. After the Civil War, he was placed back at his regular rank of lieutenant (lew-ten-ant) colonel (ker-nal), a lower rank than a general. At the time he commanded the 7th Cavalry, he was not a general, but a lieutenant colonel. 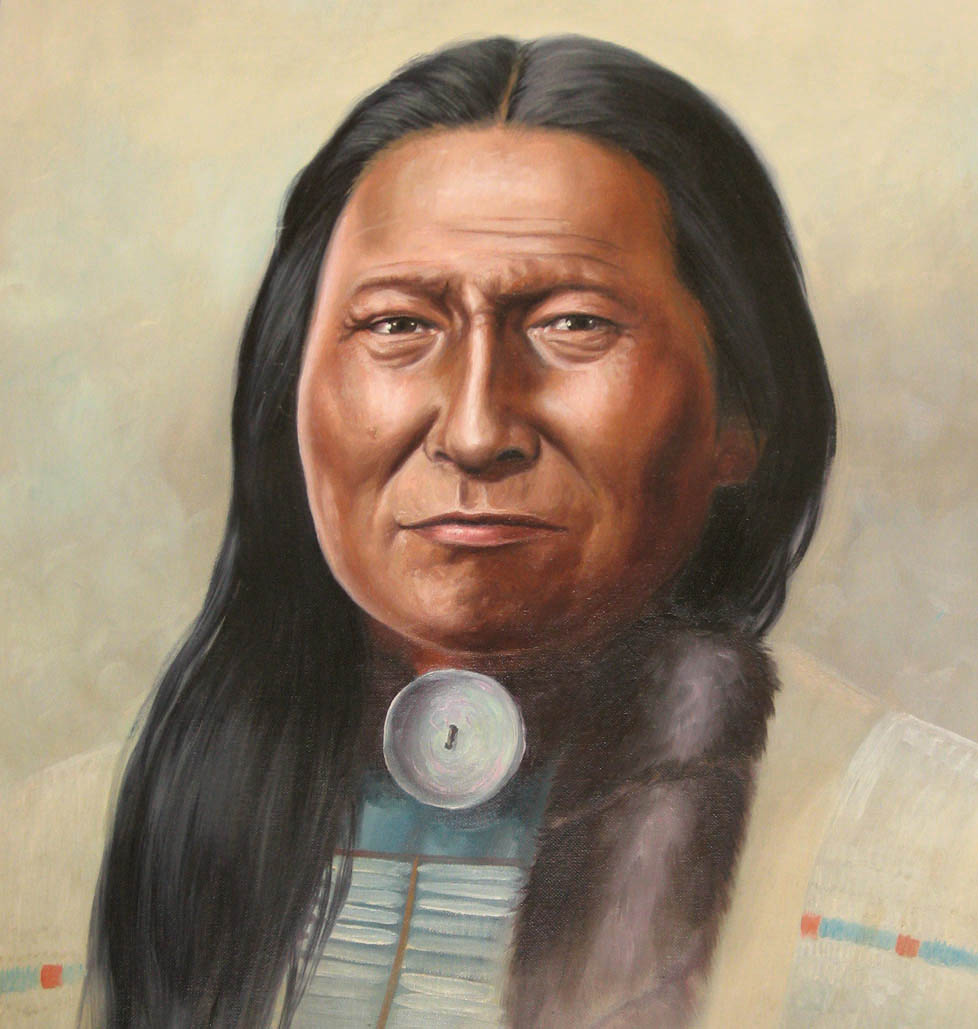 Figure 88. Chief Rain‐in‐the‐Face, Standing Rock Sioux, was a key leader at the Battle of the Little Bighorn in 1876. (Standing Rock Tribal Council)

The Lakota people were angry about treaties being broken and their lands being taken over by settlers and gold seekers. The Lakota people were made up of several bands that were related to the Dakota nation. Indians were forced to live on reservations. Provisions promised to them were often not available.

In 1876, Lakota leaders Sitting Bull, Crazy Horse, Rain-in-the-Face, and Gall led a large band of Lakota to Montana to hunt bison and celebrate a summer feast. The U.S. government ordered the Indians to return to their reservations, but they ignored this order.

The U.S. Army sent troops to Montana to help bring the Lakota people back to the reservations. On May 17, 1876, the band played while Custer and his 7th Cavalry paraded around Fort Abraham Lincoln. Then they started off for Montana. Libby Custer and other officers’ wives rode with the troops part of the first day. When they stopped to say their goodbyes, the band played a popular song of the day, “The Girl I Left Behind Me.”

The generals in charge of the operation in Montana decided to come at the Indians from three directions, surround them, and force them to surrender. Custer’s unit and two other units split up.

Scouts who were sent ahead came back and reported to Custer that there were huge numbers of Indians camped beside the Little Bighorn River. (The Lakotas called this river the Greasy Grass.) Custer did not believe that there could be so many. He decided to go ahead and attack without waiting for the two other units.

Custer’s decision to attack led to disaster.  In the battle, now called the Battle of the Little Bighorn, Lt. Colonel Custer and his entire command (all of the soldiers) were killed. The other units also failed to defeat the Lakotas and their Cheyenne Indian allies (friends).

Though the Lakota Indians had defeated the U.S. Army in this important battle, they knew more soldiers would come after them. They left the Greasy Grass River.  Several bands traveled all the way to Canada where they were safe from the U.S. Army. 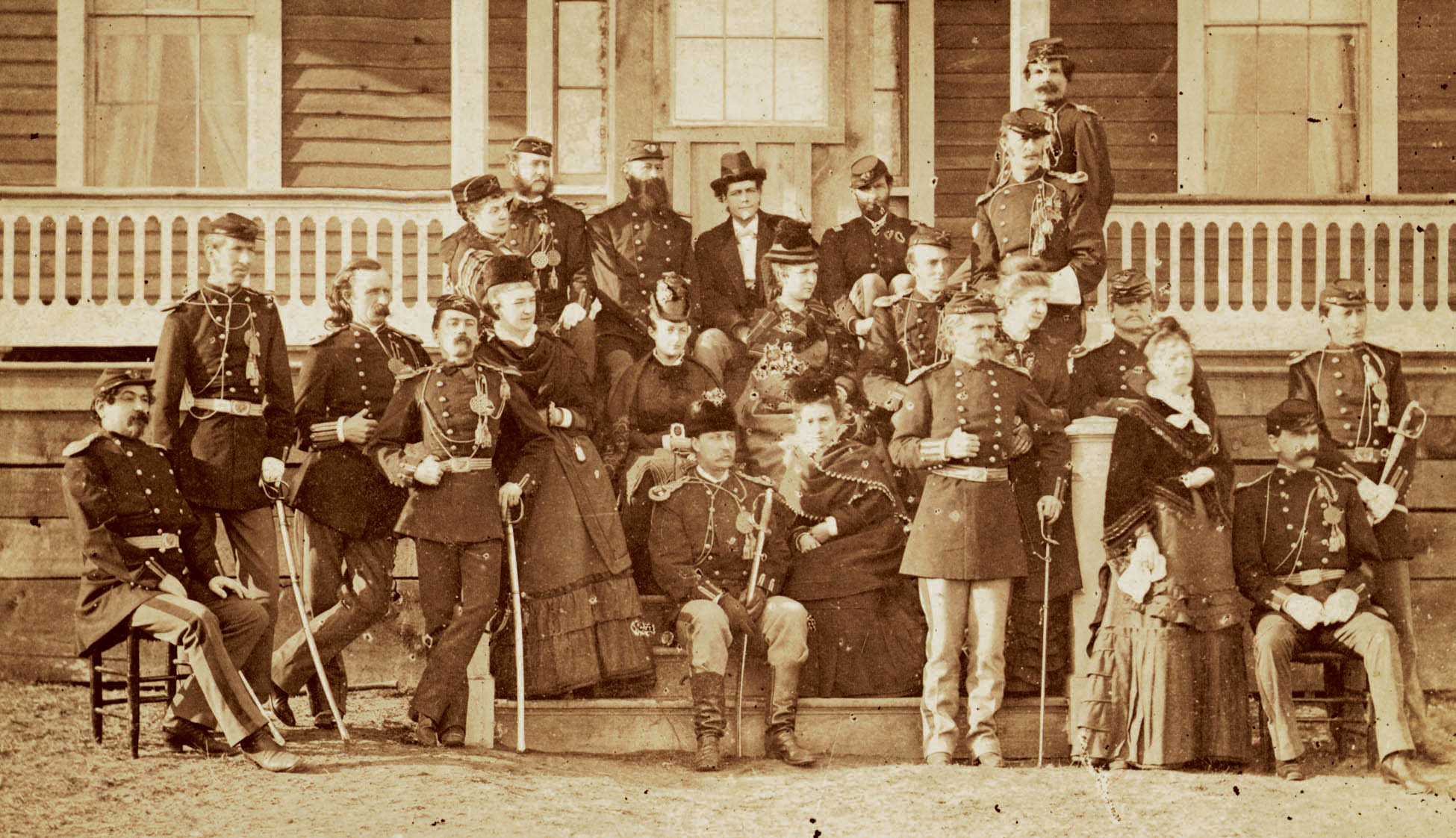 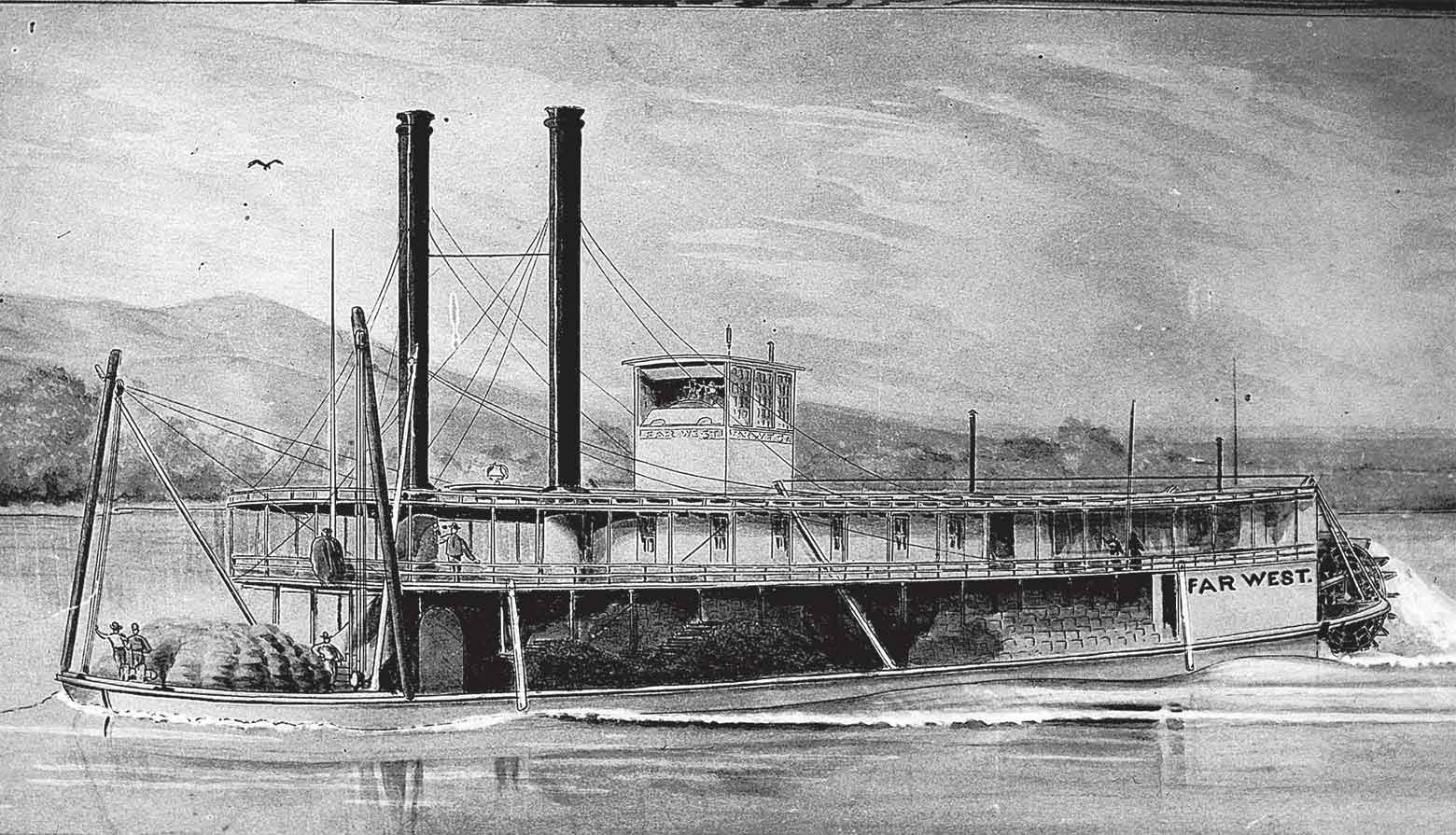 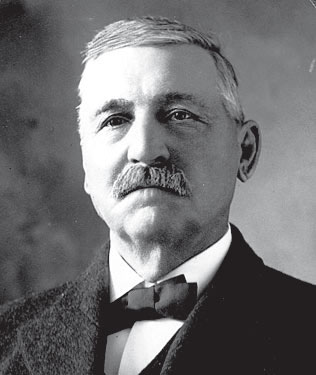 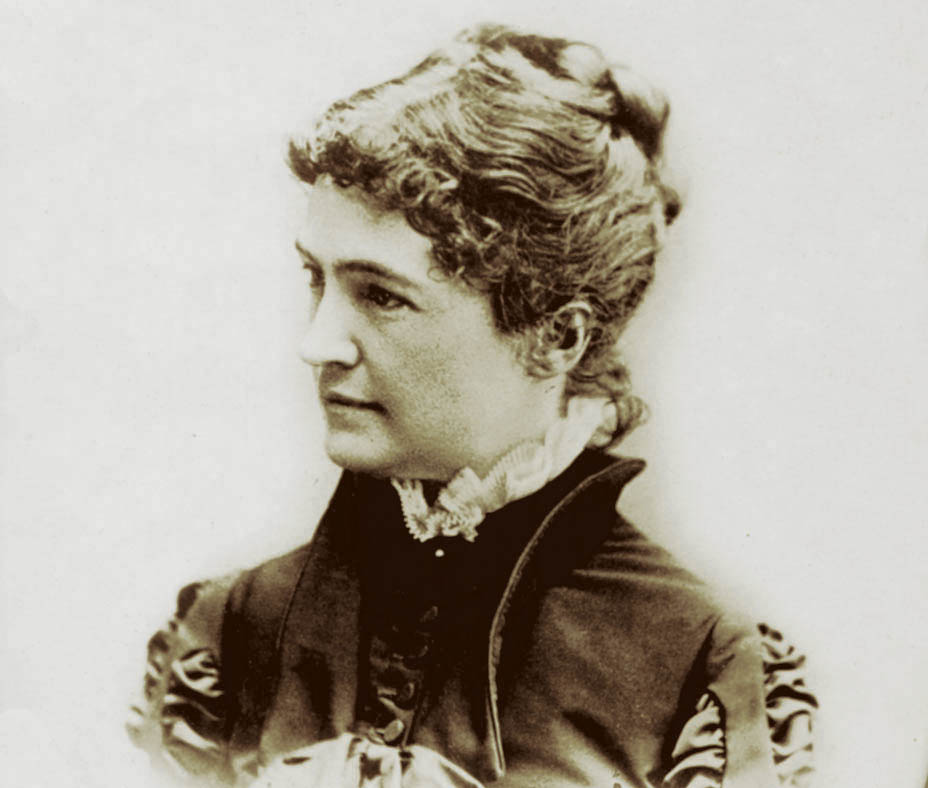 Wounded soldiers from the other units were quickly taken to the Yellowstone River where the steamboat Far West was waiting with supplies. The boat’s pilot, Captain Grant Marsh, steamed as fast as he could back to Bismarck. Ten days after the battle, the Far West reached Bismarck, and word quickly spread that over 250 men had lost their lives.

Many people criticized Custer for being reckless and leading his troops to death. Libby Custer wanted people to believe that her husband was a brave hero. She spent the next 57 years, until her death at age 91, writing books, articles, and letters defending her husband’s memory.

Fort Abraham Lincoln remained in operation until 1891. After the fort was abandoned, settlers took apart the buildings and used the lumber to build houses and farm buildings. They also made good use of other items they found. The fancy bathtubs in the officers’ quarters made good feeding troughs (troffs) for the farmers’ pigs.

Today, the site of Fort Lincoln is owned by the five Indian tribes of North Dakota—the Mandan, Hidatsa, and Arikara Nation; the Spirit Lake Tribe; the Sisseton Wahpeton Sioux Tribe; the Standing Rock Sioux Tribe; and the Turtle Mountain Band of Chippewa. It is the home of United Tribes Technical College. Many of the brick buildings of the fort, completed in the early 1900s, are still in use.