Some of the homesteaders lived within a few miles of each another—particularly those who came in large groups, such as the German-Russians. For these people, their communities had moved with them from the “old country” and were already in place.

Other homesteaders were isolated on the prairie with no nearby neighbors. These pioneers, who had left their old communities, looked forward to other people settling in the area.

Most of the settlers were either young families or single people. Neighbors got to know one another well and were quick to offer help when they felt it was needed. Without even knowing they were doing it, the pioneers established support networks and communities. 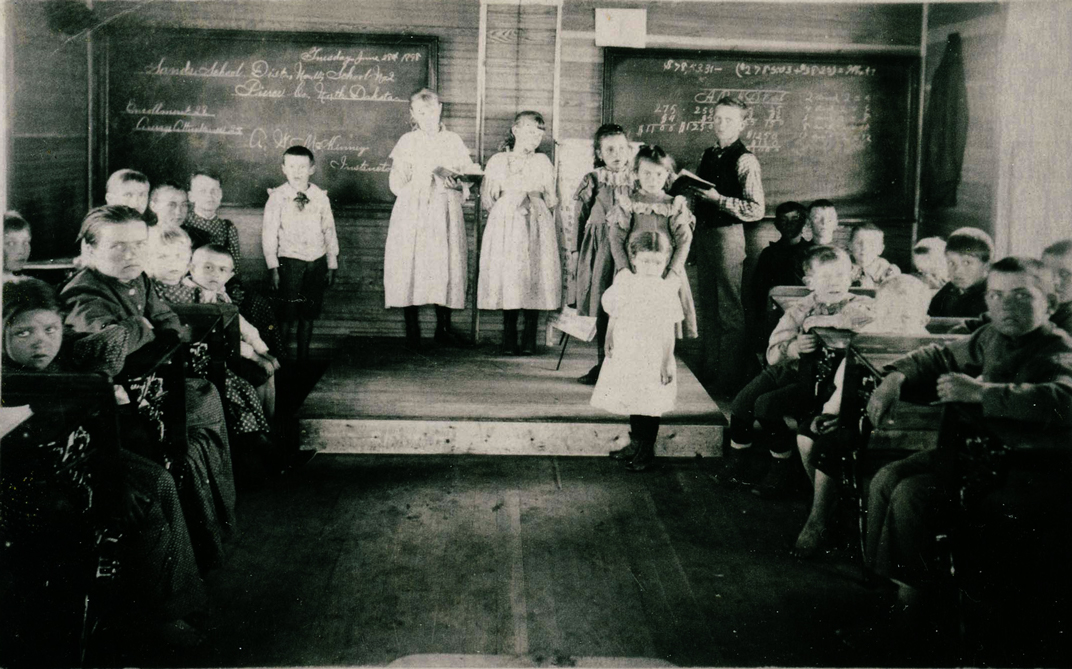 The local school was very important to early homesteaders. These students are shown in a one-room school house, Pierce County, North Dakota, 1898. (SHSND 10844-0108.)