Ethnic refers to the characteristics, customs, and culture of a group of people. The United States has been called a “melting pot” because the various ethnic groups melted, or blended together, to develop an American culture.

In the early days of immigration in North Dakota, the region was more like a “salad bowl” than a “melting pot.” Rather than blending their cultures, the different ethnic groups tended to remain separate, each keeping its own language and customs. The ethnic communities established by the immigrants in northern Dakota were very similar to the neighborhoods they had left behind in the “old country.” 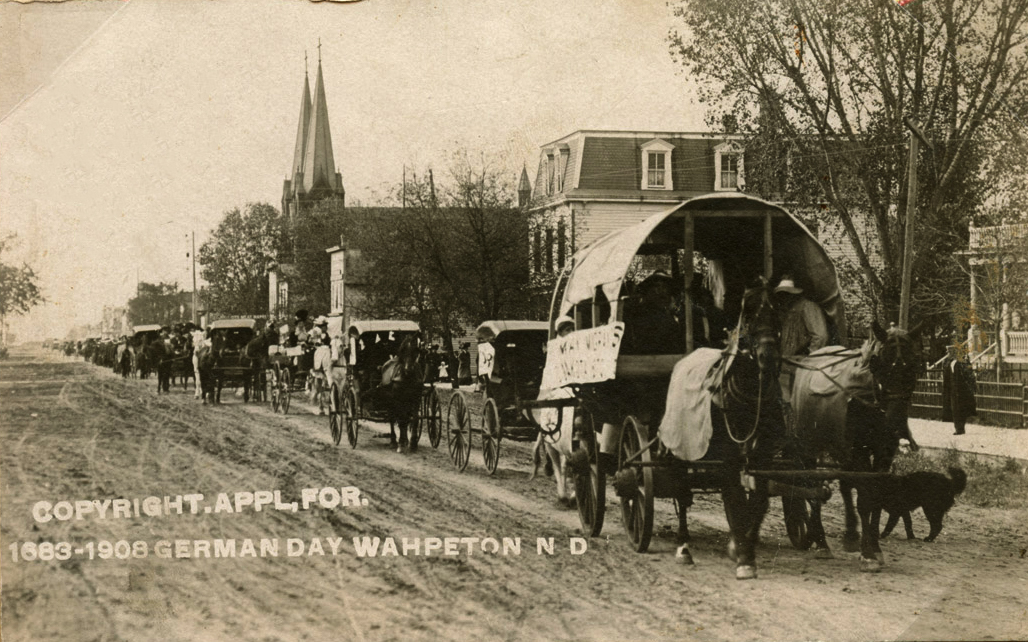 Immigrants often honored their homeland. This is a German Day parade in Wahpeton about 1908. (SHSND RC57)