An immigrant train had both passenger cars and boxcars. The passenger cars were very plain with wooden benches as seats. The cars were crowded, stuffy, and uncomfortable. Coal-burning stoves were used to heat the cars. By the time the passengers reached their destinations, they were covered with soot from the burning coal.

At the railroad yards in St. Paul, hundreds of immigrant cars waited to carry homesteaders to North Dakota. The immigrant trains transported not only immigrants but also people from other states who were headed for North Dakota to file homestead claims or purchase land. The trains filled up quickly, and many of the passengers had to stand or sit on the floor.

Boxcars on the immigrant trains could be rented by families to transport their belongings. Some people brought farm animals, plows and other farm implements, furniture, and household items. Others traveled lightly, intending to buy their materials in a town near their claim.

All food needed on the trip for both the settlers and their animals had to be brought along on the train. Sometimes a family set up a cookstove in their immigrant car so that they could bake bread and prepare meals. 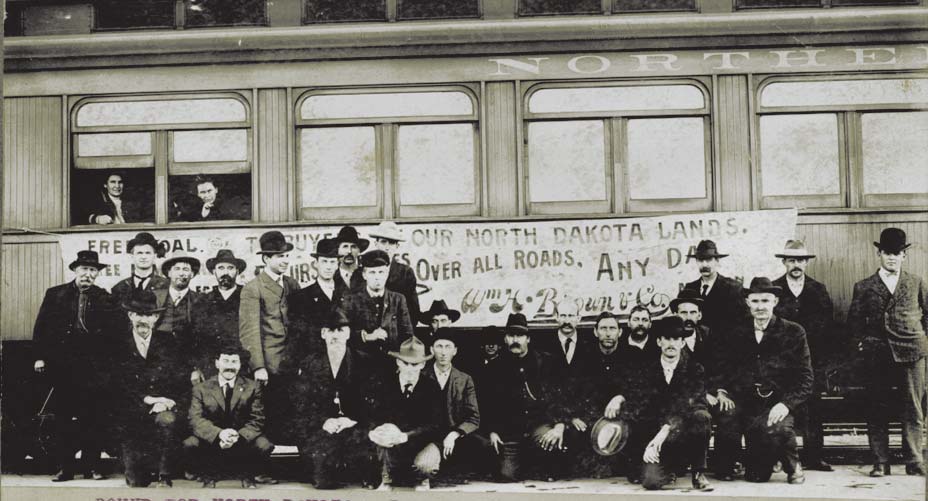